Gillingham: “We’re showing more form than anyone around us.”

“We have the best manager in the bottom six in my opinion.” - Matt from Gills In The Blood is convinced that Gillingham can pull off the great escape under Neil Harris.

Rarely is it possible to sit 10 points adrift of safety in January amid a 14-game winless run and still stay up, but that could yet be the case at Gillingham.

A 7-2 mauling at the hands of Oxford United marked a low-point in the season for the Kent club, with a paltry 19 points accrued from 28 league games at that point in the campaign.

With 0.67 points per game, they were projected to amass the second-lowest points return at this level, without deductions, for 12 years.

Cue the arrival of Neil Harris on January 31.

Since the ex-Millwall and Cardiff boss’ appointment, the Gills have secured more wins in his opening 10 games than they did in the 29 outings prior.

In fact, a haul of 14 points from those 10 games has left the side only a solitary point off safety – a remarkable turnaround for a club that looked destined to slip into the fourth tier with a whimper.

“He’s gone back to basics, picked a system and stuck to it,” says Matt from Gills In The Blood. 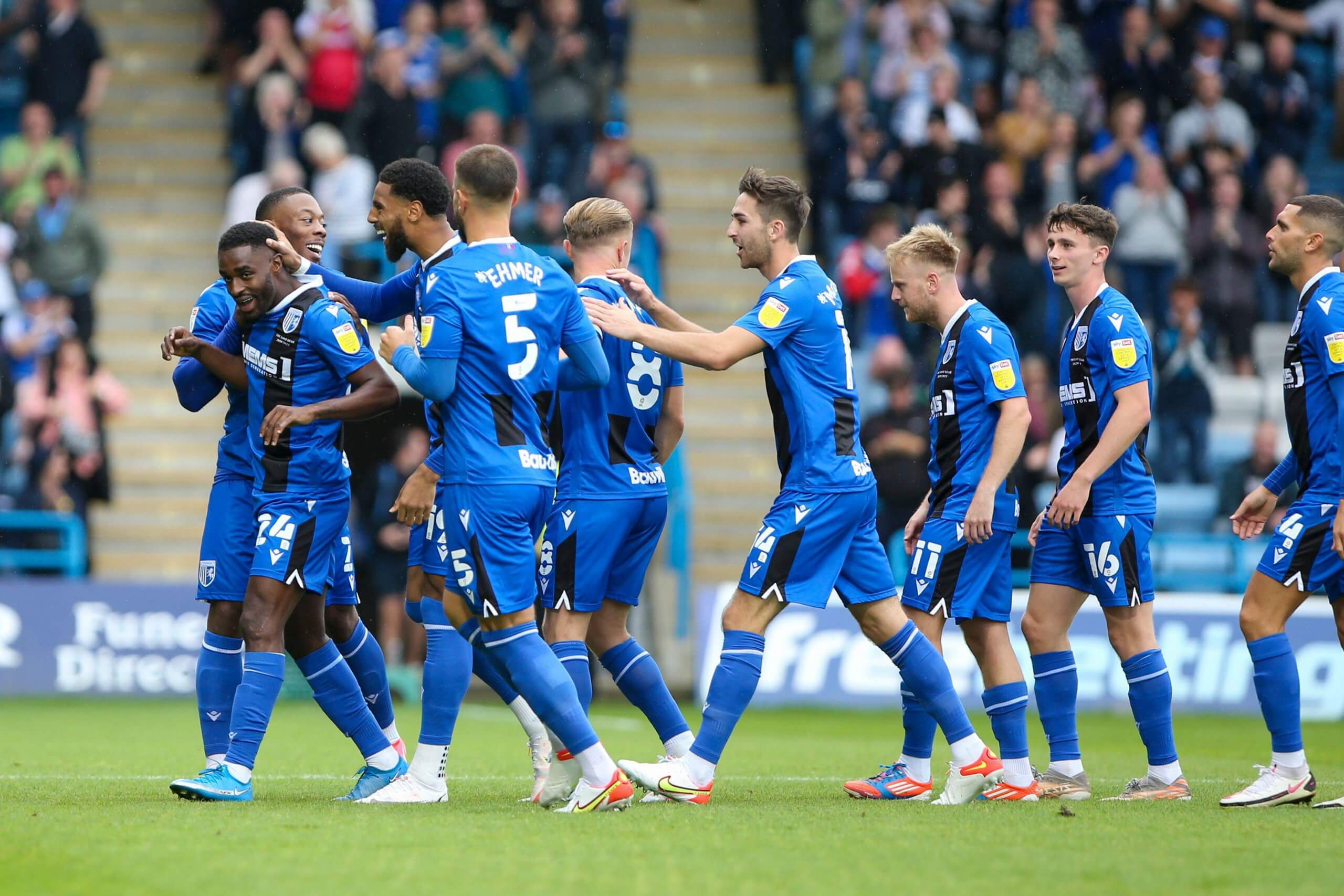 “He’s aware that we don’t have the biggest or best squad but is giving his players time to work within that chosen system, and so far it’s paying dividends.”

Harris has previous at this level, too, having led Millwall to successive League One play-off finals in 2015-16 and 2016-17, winning promotion on the second occasion, before guiding the Lions to a staggering eighth-place finish in their first year back in the Championship.

The former striker, who spent the majority of his playing career with the Lions, also guided Cardiff to a play-off spot in 2019-20 despite his side sitting 14th when he first arrived in Wales in that season in November.

With an impressive CV and Championship pedigree, Harris’ appointment at Priestfield represented a major coup for a side that appeared resigned to be playing League Two football for the first season since 2013.

“When he first arrived I was staggered, I won’t lie,” notes Matt.

“There was talk of a clause in his contract that if we do go down, but he’s adamant that no such thing exists, and all the talk from him of rebuilding the club from top to bottom says to me that he’s here for the longer term regardless of which league we are in come 2022/23.” 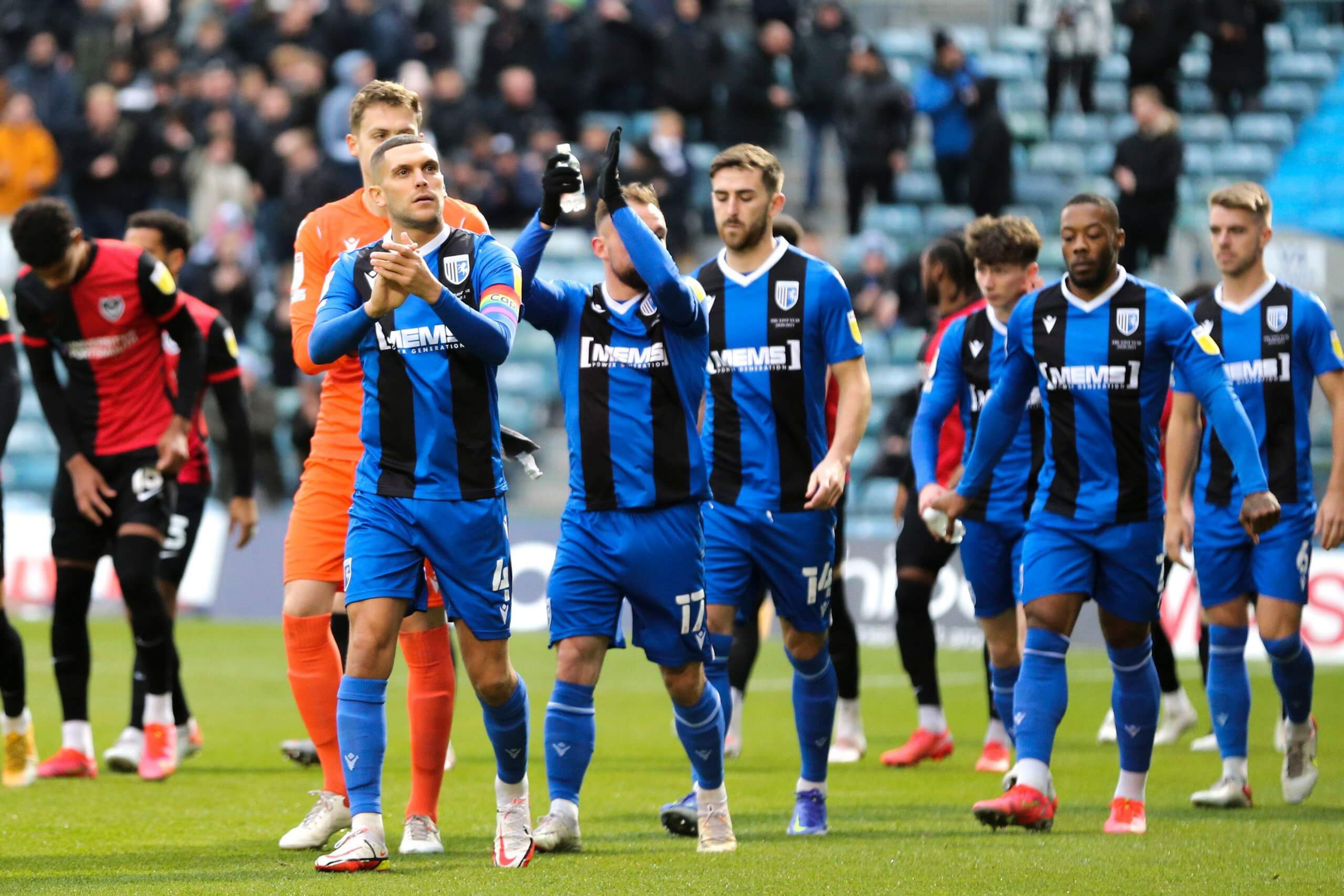 Two of the players who have benefited from Harris’ management are goalkeeper Aaron Chapman and defender Conor Masterson, whom Matt cites as key to the resurgence.

“Chapman has been first class in keeping four clean sheets in eight appearances up to his recent knock, and Masterson has solidified a previously leaky defence as well as adding ball-playing ability to our play from deep.”

The recent clean sheets have given Gillingham a chance to save their season – they’ve not conceded in five of Harris’ 10 fixtures in charge – not least because relegation rivals Fleetwood, Wimbledon and Morecambe are 12, 18 and 11 games winless respectively.

If the points per game returns remain the same, then 41 points would be enough to beat the drop and while that figure may yet rise, the indications are that standards required for third tier survival are lower this year than in previous campaigns.

“I said to you a few weeks ago that I was convinced teams won’t need to reach 50 points this season to stay safe and I’m still sticking to that.

“Both Crewe and Doncaster look gone for me and, despite Tuesday’s frustrating loss at Charlton and a tough run in, I still think we are showing more than any team immediately around us.”

Staying up would represent a huge turnaround and stand for one of the greatest escapes in League One history given where they were, but Matt thinks they will do it.

“Only just. I think 45 points could be enough: we have to play Fleetwood at home, and we have the best manager in the bottom six in my opinion.

“For me, Morecambe and Wimbledon will join Doncaster and Crewe in the bottom four.”