Gab: My League Two Signings of the Summer

Who are the Top 7 signings made in League Two this summer? We've put Gab Sutton to the test and asked him to pick out the fourth tier moves that have impressed him the most in this transfer window...

This summer saw another action-packed transfer window in League Two.

Across 83 days, a total of 310 players were acquired by fourth-tier clubs, of which Walsall were among the busiest as the revamped Saddlers brought in 19 new additions.

At the other end of the spectrum, Leyton Orient only released two players and sold a further two for undisclosed fees, meaning the O’s needed just a modest eight through the door.

Richie Wellens’ side have benefitted from that stability and sit proudly at the top of the division.

Without further ado, who are the top seven signings in League Two from the 2022 summer window? 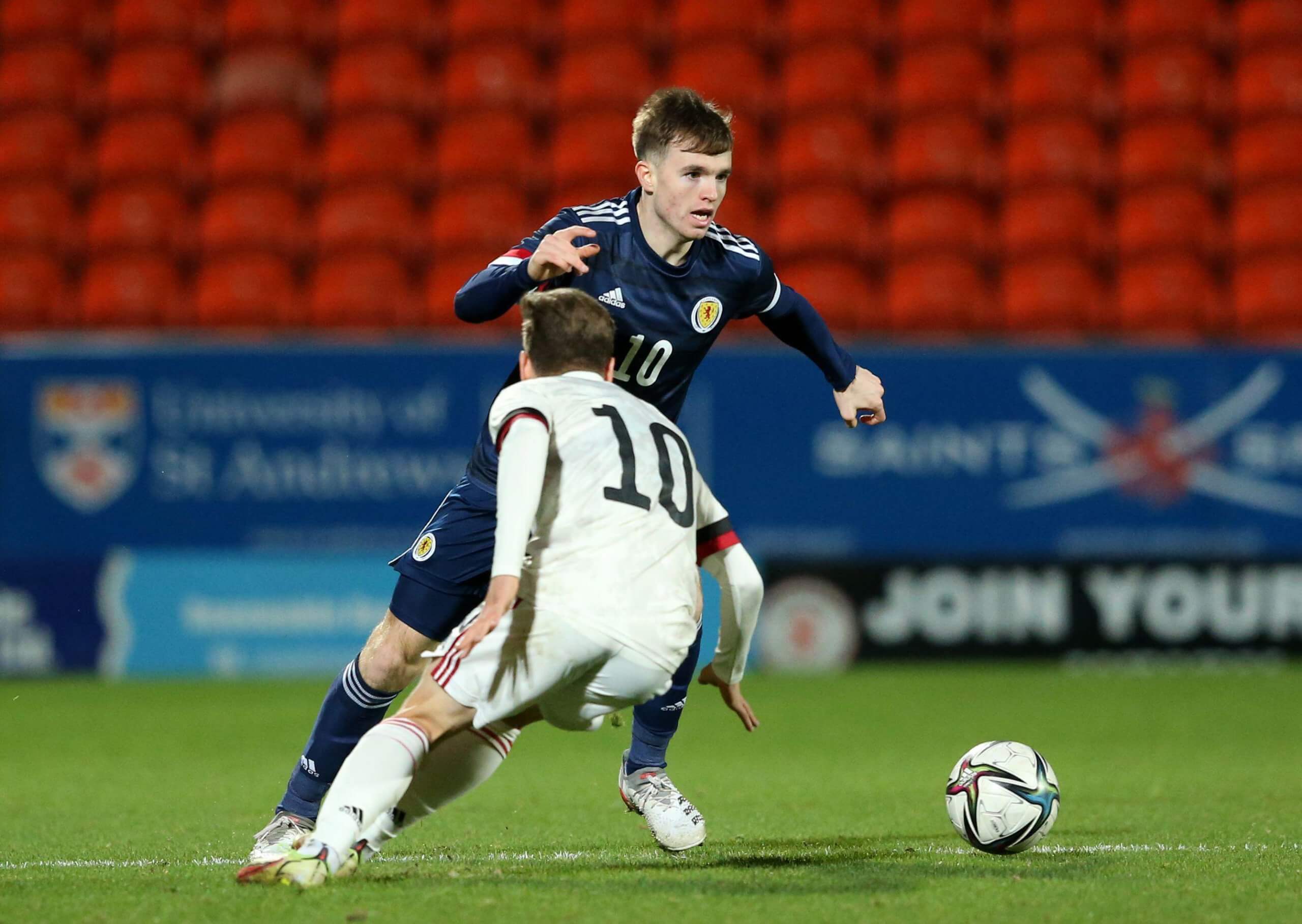 First-time loans can be hit-and-miss.

Sometimes a player with rave reviews from the Under-23s or youth international scene can struggle to get to grips with senior football.

Conversely, sometimes a less-fancied player who already has an uneventful first loan under their belt, can rip things up in a second shot at the men’s game.

In Marc Leonard’s case, he is incredibly highly rated at Brighton, where he had played for the first team in cup competitions last season and was captain of their Under-23s.

The big question around Leonard this summer, therefore, was quite how quickly he would adjust to League Two when he joined Northampton on loan this summer.

The answer? Very. In fact, he’s aided a stylistic shift for the Cobblers, who have tended to be a direct side in recent seasons under Keith Curle and Jon Brady, but now play it on the deck more.

The 20-year-old loves to collect the ball off the defence, pop the ball to a fellow midfielder like Shaun McWilliams or Jack Sowerby, then look for a more searching pass when it’s returned to him.

Leonard has tended to operate as the ‘League Two Pirlo’, but he’s capable of operating further forward if required and taking on more creative freedom.

Whether operating as a number six or as an eight, the Scotland Under-21s international has a very bright future for club and country. 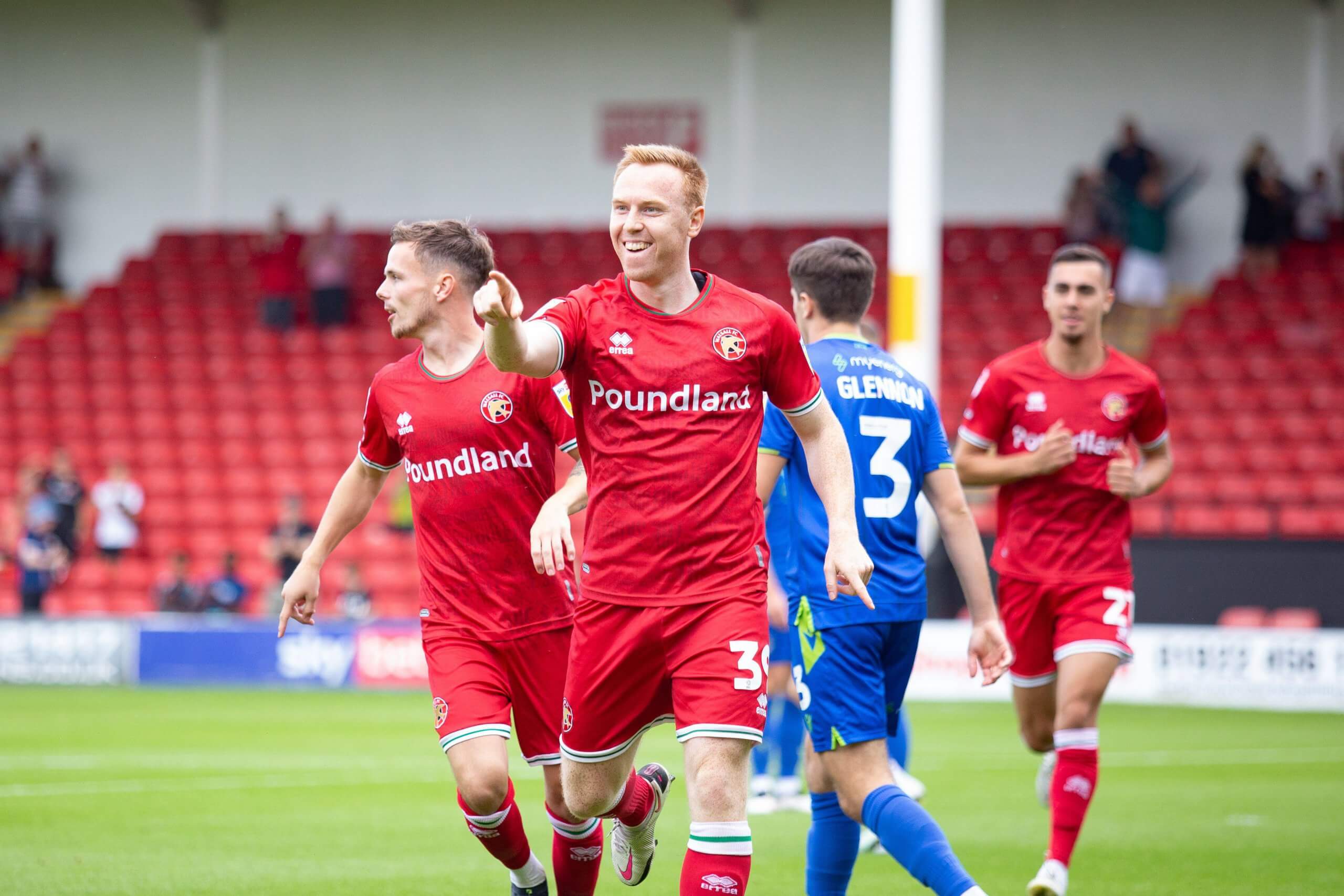 The story of Danny Johnson is one of the most curious in League Two.

It seems ironic that Mansfield Town have this outstanding midfield, arguably the best in the division, but are not as potent as they would like in the final third – none of their players have scored more than twice this season.

All the while, they have the second-top goalscorer in the division on their books – he’s just on loan at Walsall!

It’s almost Fernando Morientes in 2004 vibes (although the Spaniard had swapped Madrid for Monaco rather than Mansfield for the Midlands).

It’s not a huge revelation, exactly, that Johnson is the best finisher in Mansfield’s squad – the striker scored 17 goals at this level for Leyton Orient in 2020-21.

Where Nigel Clough perhaps seeks an all-round game from his centre-forwards, Saddlers boss Michael Flynn is happy to streamline Johnson’s requirements – hassle defenders, stay on the shoulder and poach goals from loose balls.

The 29-year-old is thriving from that, and the Black Country club can be grateful for his clinical finishing, while other players are taking time to find some goalscoring form.

If Johnson can keep firing the goals in, Walsall have a chance of cracking the top seven – imagine if they went up at Mansfield’s expense? 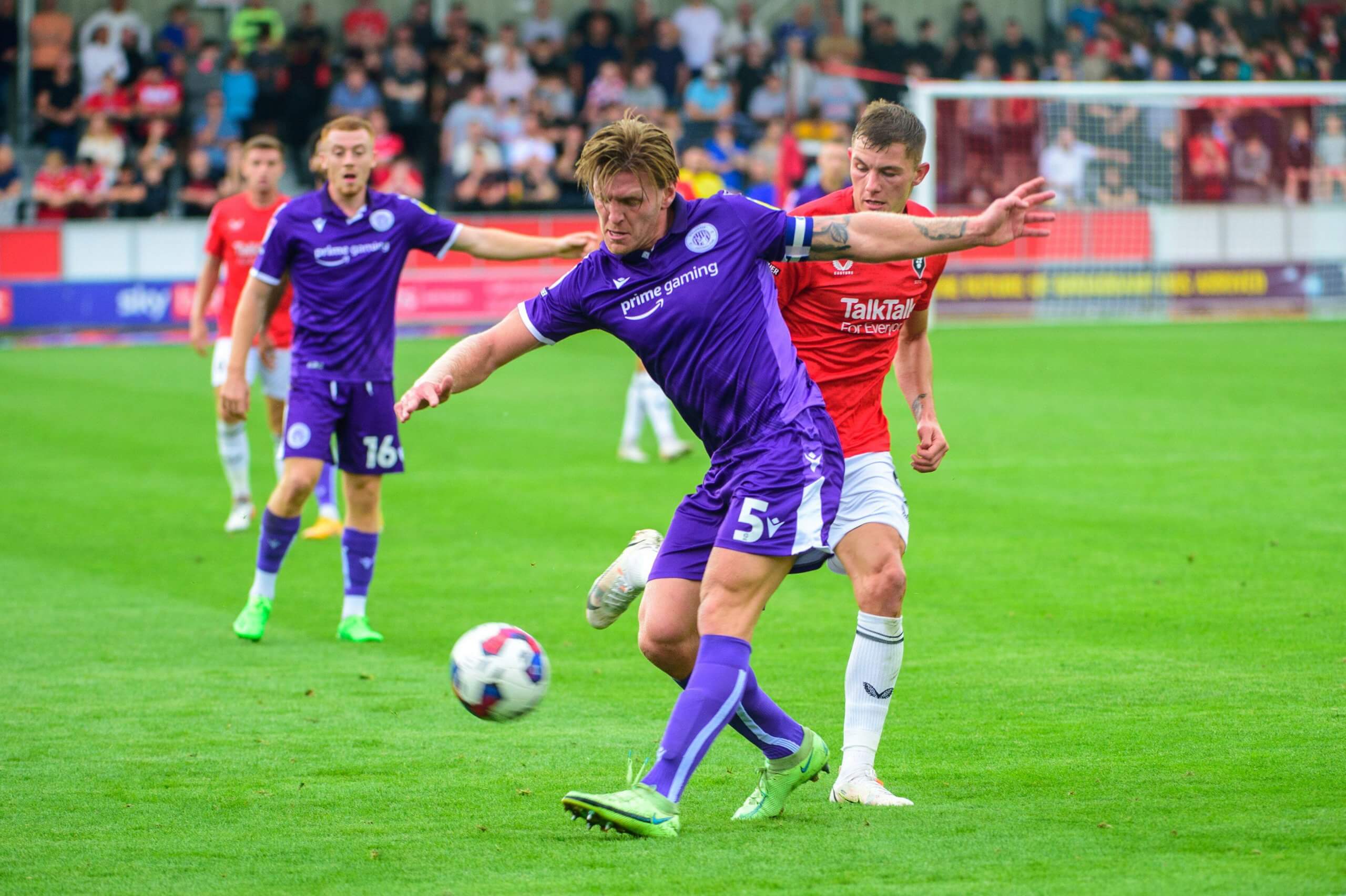 Stevenage had a busy transfer window, bringing 13 new faces into this corner of Hertfordshire.

With Boro starting so well, amassing a whopping 16 points from their opening seven games, there are multiple contenders to represent Steve Evans’ side in this list.

Jordan Roberts, Danny Rose and Saxon Earley could easily have made the cut, but with Stevenage conceding either no goals or only once in each of their 10 games in all competitions, it had to be a centre-back.

Once again, Dan Sweeney could easily have got onto the list but we at FansBet have plumped for Carl Piergianni, recruited from relegated Oldham in the summer.

Although of modest height for a defender at 6’1”, Piergianni is monstrous in the air and carries a threat in the opposition box, making the most of Arthur Read’s deliveries, as well as defending his own with an uncompromising determination.

Add ‘Pidge’s’ leadership qualities into the mix and he has been one of the top centre-backs in League Two – keeping him fit will be crucial to Boro’s hopes of going from strugglers last season to contenders this time around. 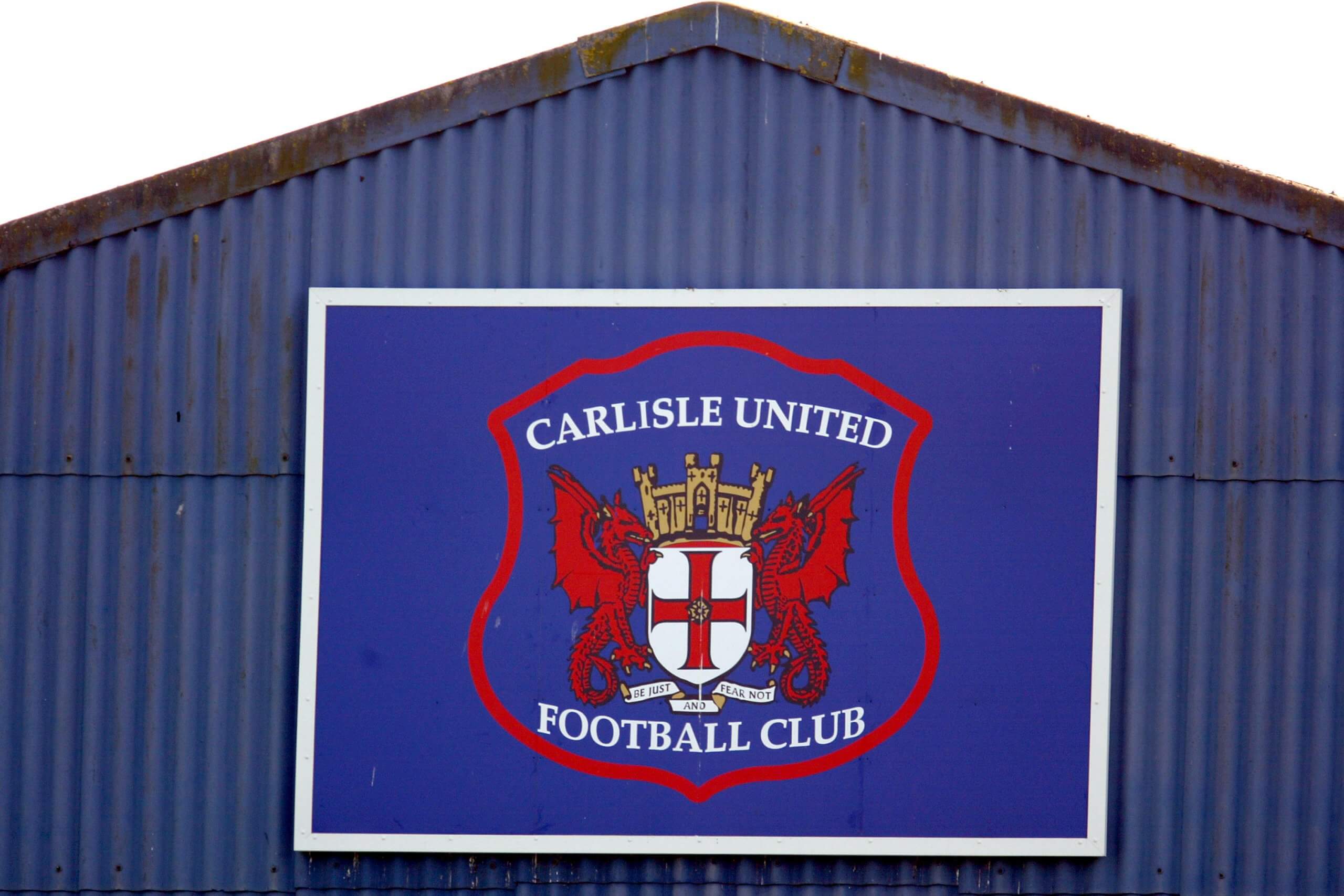 Carlisle poached Owen Moxon from Scottish League Two club Annan Athletic on a two-year contract, and the 24-year-old has been an instant hit in Cumbria.

Most players getting a big step up would be expected to be incredibly hardworking and in that sense alone, Moxon has delivered, showing a remarkable stamina, relentless pressing and ability to win the ball high up the pitch.

There are players who have carved out professional careers with just those main qualities to their repertoire – Moxon has extraordinary energy levels for one who was part-time three months ago.

Yet the returning Carlisle-born midfielder is so much more than a frenetic ball-winner; technically far above the level anticipated, extremely calm in possession and a set-piece specialist from the very beginning.

It’s extremely rare for a League Two player to have these range of qualities, not to mention one poached from the Scottish market as opposed to one on-loan from an elite Premier League club.

The great thing for Carlisle is that Moxon is contracted until 2024, so even if they are unable to extend his deal into a third year, they have a huge asset on their hands which could do wonders for the club in this rebuilding period. 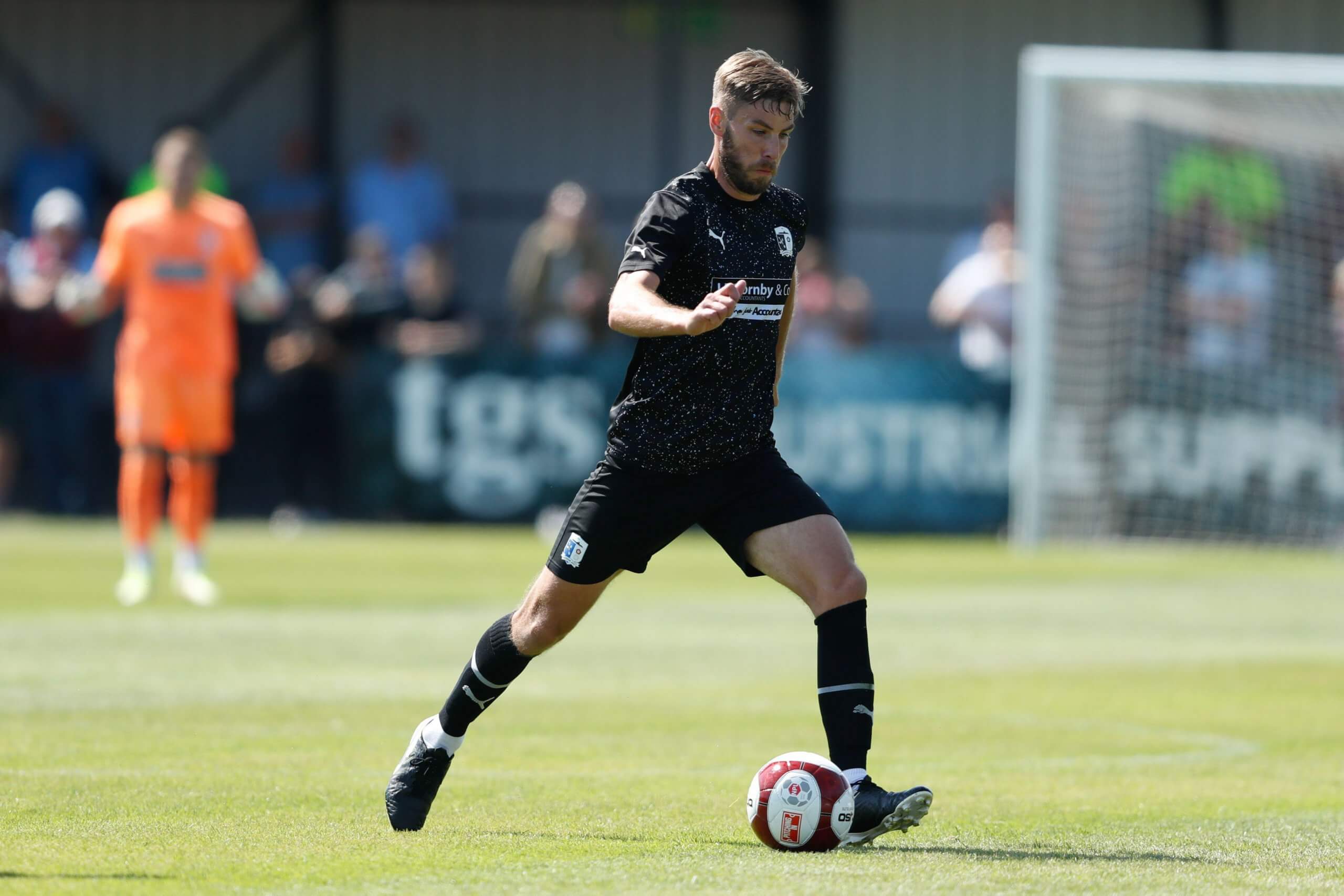 It was difficult to ascertain quite how good a signing Sam Foley was for Barrow when it first happened.

On the one hand, Foley brings a wealth of Football League experience to a young midfield featuring the likes of Robbie Gotts and Harrison Neal.

The 35-year-old was fit, fresh and available to feature in as many as 39 league games for play-off chasers Tranmere last season, which speaks to his excellent professionalism.

Mixed in with that, of course, is the concerns that often come with signing veterans: whether they can still hit previous heights, or whether their form will drop off the face of a cliff.

In fact, Foley has been outstanding for Barrow: offering composure and assurance in possession, the ability to dictate play for his team as well as break it up for the opposition, and lead those around him.

We at FansBet have given lots of praise in this list to the new kids on the block in League Two like Wakeling, Leonard and Bristow, but Foley is showing that he can still swing with the best of them. 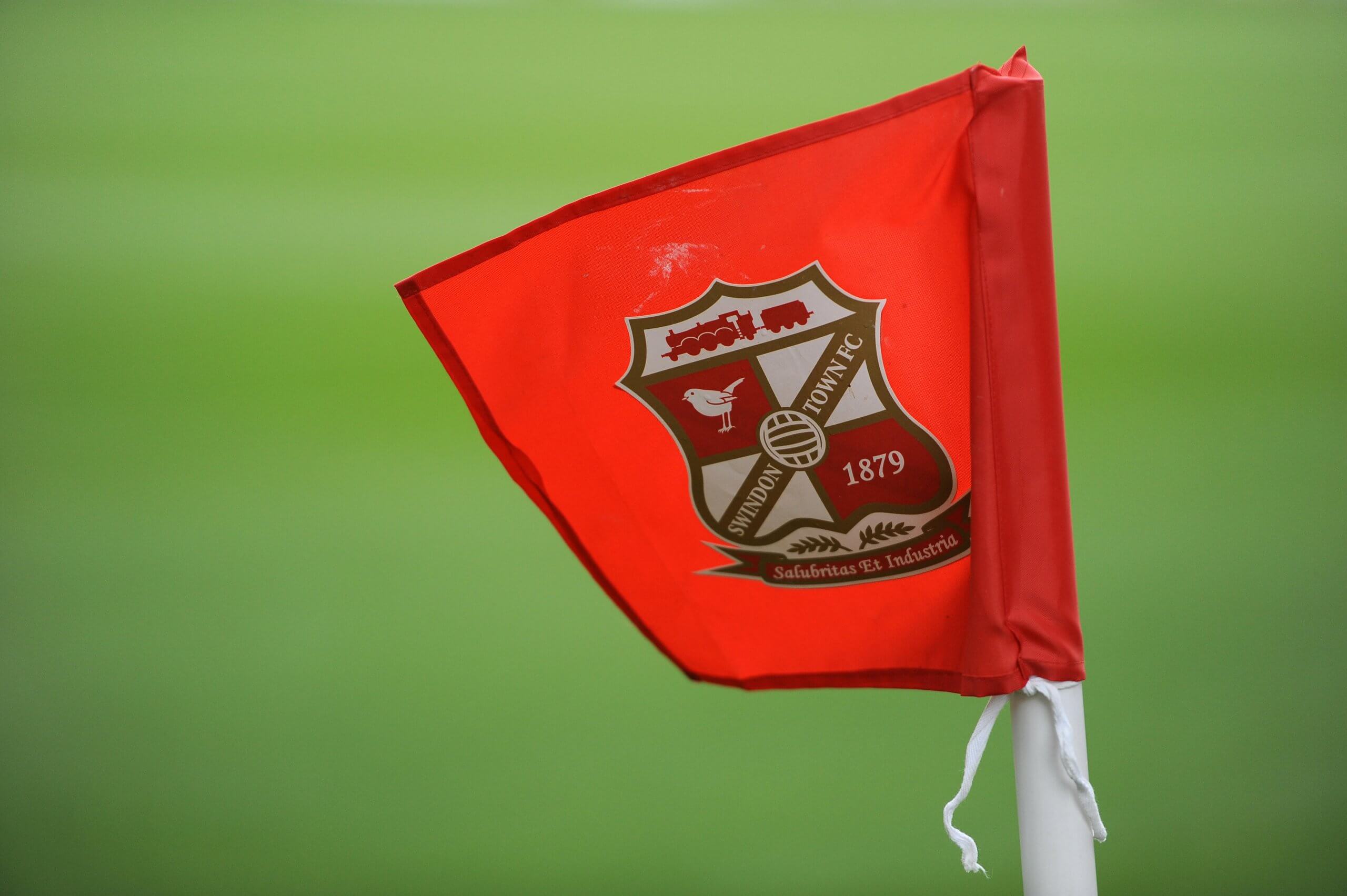 Wakeling’s first taste of the EFL was a loan move to Barrow for the second half of last season.

For any combination of possible reasons, his stint at Holker Street did not go to plan.

Firstly, the Bluebirds were crying out at the time for a back-to-goal striker, something Wakeling isn’t – the style may not have suited him.

Secondly, Mark Cooper may not have been the best manager to play under at that stage of his career – especially in the absence of a top tracksuit coach in the Luke Williams mould.

Thirdly, Wakeling may have still been getting a feel for the level – the feeling among Barrow fans was that the 20-year-old made little impression, so his arrival in Wiltshire came with little fanfare.

Wakeling is a machine! A good machine though. Not like a Terminator. Or a printer #STFC

It looked like a signing made with the intention of increasing the long-term value in Swindon’s squad, as another possible saleable asset, rather than an addition that would boost their immediate promotion chances.

In fact, Wakeling has surprised one or two and started to live up to his loftier billing at Leicester, where he had a great goalscoring record for the Under-23s.

Wakeling never stops running, much like Jerry Yates for Town previously, and that has been the crux of his goalscoring threat – the ability to latch onto opposing mistakes, opportunistically, as seen in the 3-0 victory over Rochdale.

With two goals and two assists to his name so far, the former Alvechurch striker can be happy with his start at the County Ground and will hope it can be a springboard for bigger things. 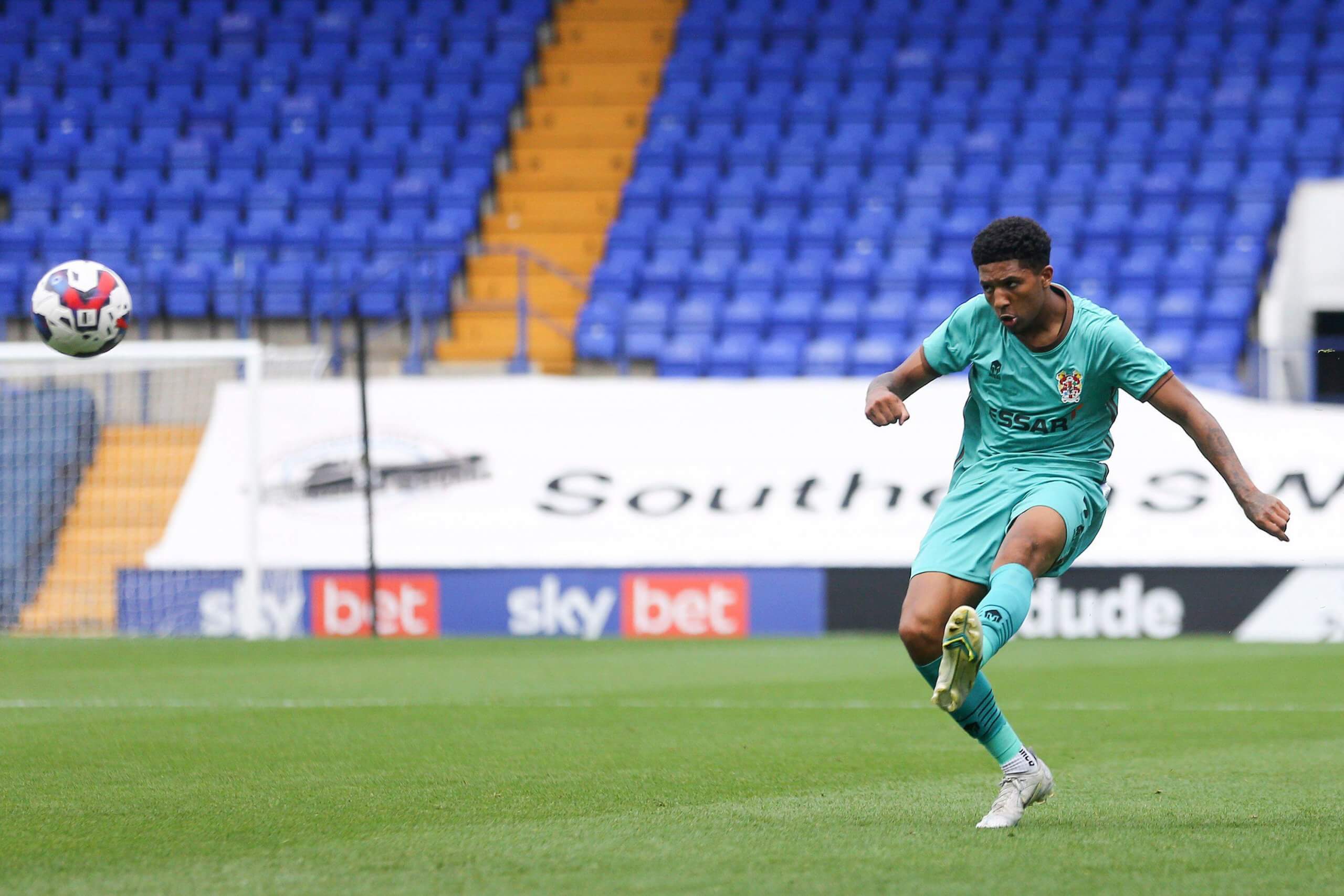 Tranmere have deployed a 3-5-2 in five of their seven league games this season, and a 4-4-2 diamond in the other two.

Both formations ask a lot of their full-backs or wing-backs, in terms of pace, stamina and providing width and outlets.

Luckily for Micky Mellon, his side possess two of the best in League Two in Josh Cogley and Ethan Bristow.

Cogley established himself last season, but Bristow is new to this level after being poached from Reading in the summer, as part of the club’s vision for a young, fit squad full of saleable assets.

The 20-year-old was highly rated at Reading, where he came close to being first choice left-back at the start of last season in the absence of alternative options at that time.

The 6’2” defender played six games for the Royals, which shows he was rated highly by the Berkshire club, but wanted a move where he can really kickstart his career.

He has done that at Rovers, finding the net for them in a stellar showing in the 3-0 victory over Gillingham, producing a well-timed run and a rifled finish – something we could see more of as the season progresses.

Tranmere are yet to click as a collective, but if Cogley and Bristow maintain their current levels, it won’t be long before Micky Mellon’s men motor.