Gab: My League One Signings of the Summer

Who are the Top 6 signings made in League One this summer? We've put Gab Sutton to the test and asked him to pick out the third tier moves that have impressed him the most in this transfer window...

On Thursday, another action-packed transfer window in League One came to an end.

Across 83 days, a total of 258 players were acquired by third tier side, of which Derby were among the busiest after a chaotic period off the pitch: the Rams brought in 17 new additions.

At the other end of the spectrum, Cambridge United retained 19 first teamers from last season, and thus needed to add just five to their ranks.

The U’s have benefited from such stability, sitting pretty in fifth at this early stage in just their second season at this level.

Without further ado, who are the top six signings in League One from the 2022 summer window? 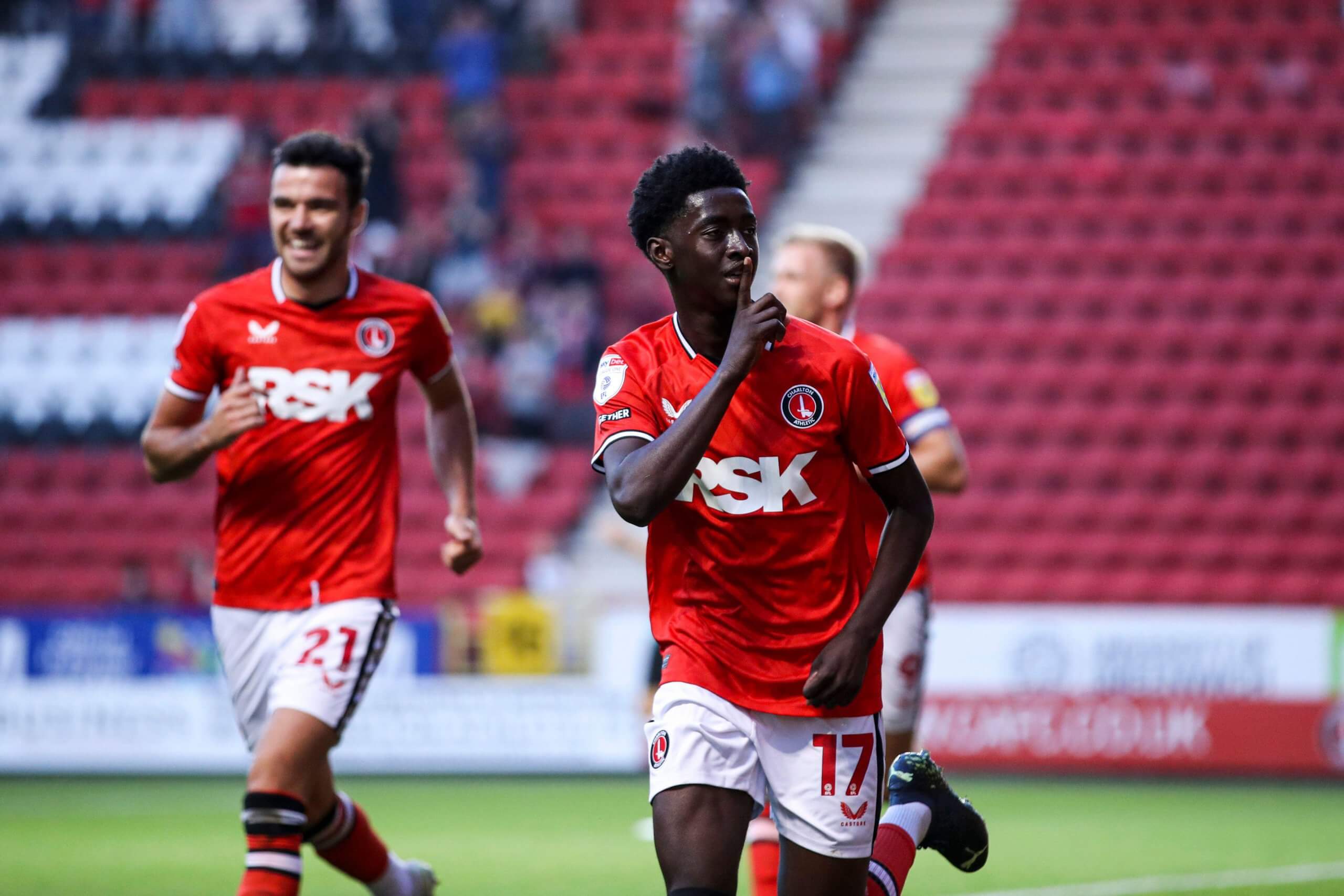 Not many players with Crystal Palace connections will be popular at Charlton.

In the modern era, it’s restricted to Chris Powell, who came through the youth system at Selhurst Park but had a much more legendary affiliation with the Addicks.

Jesurun Rak-Sakyi, on loan from the Eagles, might just be the next to make himself a hit behind enemy lines.

Rak-Sakyi scored a remarkable 18 goals for Palace Under-23s last season, making him the top scorer in the Premier League 2 and his prodigious talents are now on show in League One, where the 19-year-old already has two goals and an assist.

The diminutive winger has a number of strings to his bow, with the ability to beat a full-back one-on-one or drift infield when the outside option isn’t on, thanks to his quick feet, agility, and unpredictability on the ball.

Jesuran Rak-Sakyi was the Man of the Match for Charlton at Wycombe today.

The fact JRS has impressed so much at the Valley so early becomes all the more impressive when considering that while he’s playing under a progressive coach in Ben Garner, he doesn’t have things all his own way.

Firstly, he doesn’t have a quick striker in front of him in Jayden Stockley nor has he yet forged a discernible understanding with his corresponding right-back, Sean Clare, in the same way that Charles Clayden and Kirk have on the opposite flank.

However, Rak-Sakyi can still make further strides to fulfil his potential – which this blog sees as world-class.

If we’re holding him to extremely high standards, he must improve on tracking the opposing full-back when there are overloads or responding quicker to losing the ball, ensuring he can play his part in an efficient team unit.

The perceived absence of these instincts don’t undermine his ability in League One, because his ability massively outweighs that, but if he wants to make it to the very top as he can do, notching up the aggression at certain moments would help.

It’s perhaps the very fact that Rak-Sakyi still has other gears to go up, having already made waves in League One at 19, that is the most exciting thing about him. 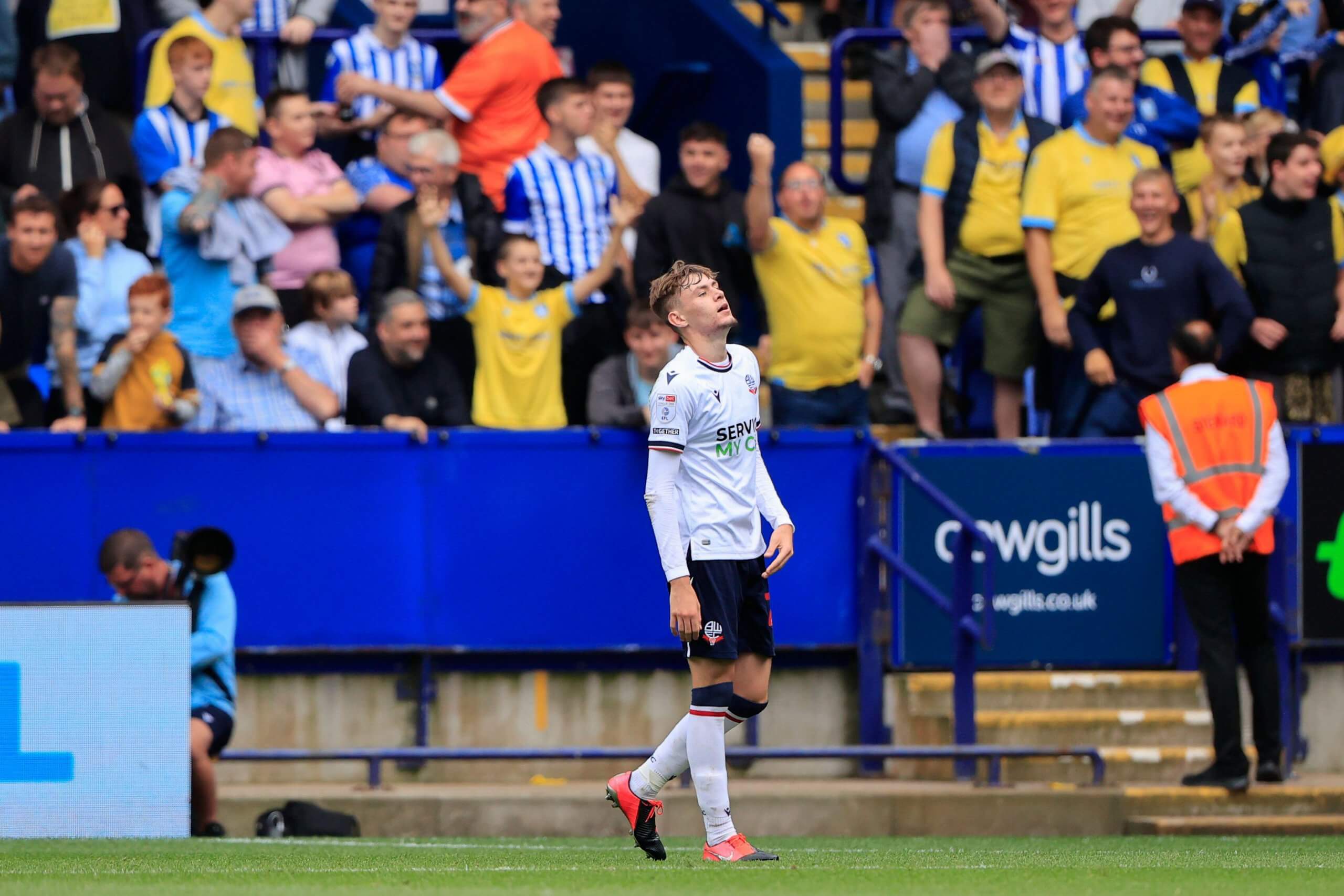 After finishing last season with 14 wins in 22 games, Bolton didn’t need much this summer.

They only released 10 players, most of whom being from the B Team or certainly not having played a prominent role in the first team squad last season, so incoming business was all about quality over quantity.

The big question, therefore, was whether the Trotters could retain Fulham loanee Marlon Fossey, who’s arrival on loan in January had been crucial to their turnaround in fortune.

Fossey’s pace, agility and quality had made Ian Evatt’s wing-back system work in a way it hadn’t for much of his tenure up to that point, and Wanderers had been hopeful of clinching another loan deal, but it didn’t materialise.

At the time, Bolton fans could have been forgiven for being disappointed at not getting Fossey back and here were doubts, too, about whether Conor Bradley – five years’ Fossey’s senior – could replace him.

In fact, Bradley has proved an upgrade on his right wing-back predecessor, showing the level of energy that had earned him eight caps for Northern Ireland by 18.

The teenager does not lose the ball often, but when he does he recovers it within seconds, he is extremely reliable defensively, especially in one-on-one duels, and is a particularly strong runner.

We’re not saying he’ll go on to be a massive hit at parent club Liverpool, but we’re not NOT saying that either: he’s arguably ahead of where Andrew Robertson was in his career at 19. 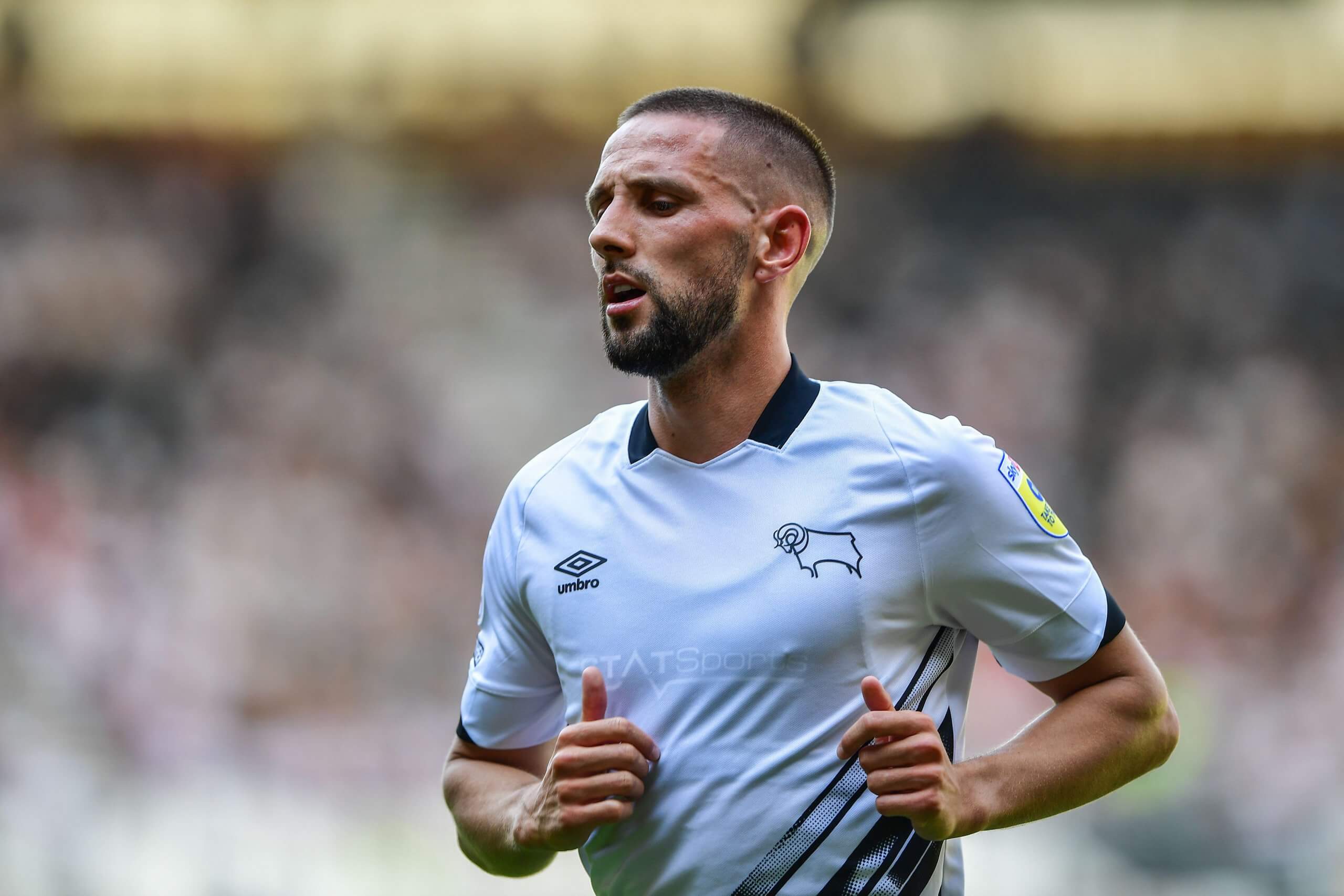 Obvious? Perhaps. Hourihane being a top player in League One could have been predicted before the season, much like Barry Bannan at Sheffield Wednesday last year.

The Irishman already proved his class at this level for Barnsley, inspiring the South Yorkshire club to promotion in 2015-16, before earning himself a respectable career in the Championship and Premier League.

Liam Rosenior has often deployed him on the left of a midfield three, enabling Hourihane to drift wide and find positions in which his quality can come to the fore.

Derby don’t have efficient attacking full-backs: Haydon Roberts, on loan from Brighton, is a centre-back by trade, while Craig Forsyth is strong-hearted but limited veteran.

WHAT A WINDOW 🐏 #DCFC pic.twitter.com/fUAY3dVIPA

For that reason, giving Hourihane this wider role not only suits his skillset – his deliveries are second to none in the third tier – but also negates issues in other areas of the squad, making it a sensible move from Rosenior.

The 31-year-old has completed 13 crosses, the most in League One this season, while only Accrington Stanley’s Sean McConville has made more key passes (19) than Hourihane, who is tied with Bristol Rovers’ Antony Evans on 18.

Derby may not have needed the most razor-sharp data model or rigorous recruitment process to work out that the 2019-20 Premier League regular might do well in League One.

However, the management team have tailored a specific role to Hourihane’s strengths and so far, it’s paying off. 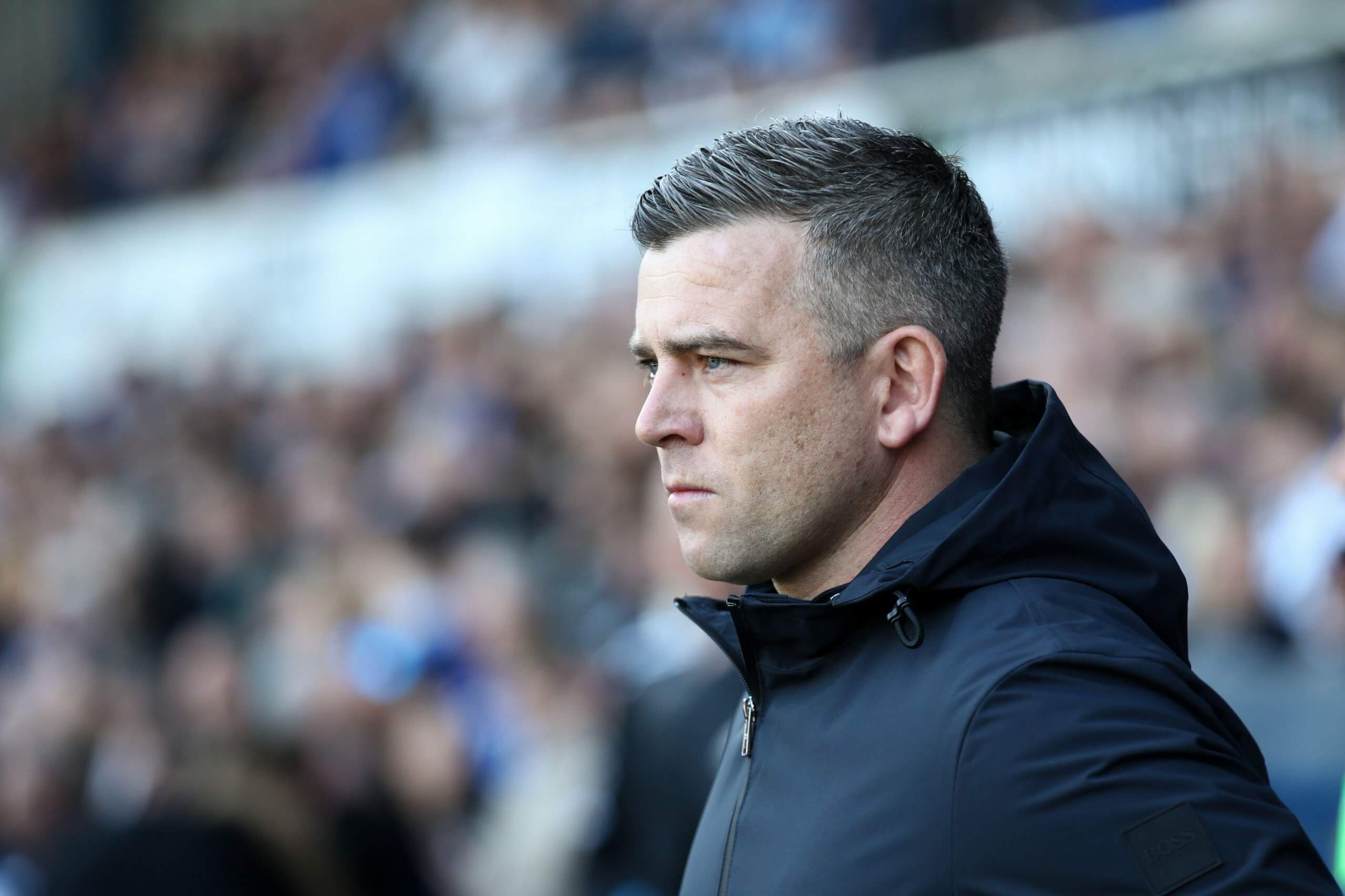 Mumba’s route into EFL recognition has not been a straight line.

At just 16, the Sunderland academy graduate briefly captained the Black Cats for the 3-0 win over Championship champions Wolves on the final day of 2017-18, at the end of back-to-back relegations.

He began the following League One campaign at the heart of new boss Jack Ross’ plans and perhaps that deep-end start proved too much, too soon for the youngster.

The 12-time England Under-18s star struggled in the third tier and was surprisingly loaned out to South Shields for the 2019/20 campaign.

Either way, Norwich saw the youngster’s potential in 2020 and put Mumba into their Under-23s squad with the occasional Championship outing, prior to loans to Peterborough and Plymouth Argyle in following seasons.

It’s with Argyle, though, that Mumba’s ability is starting to show with a level of consistency that hasn’t yet been seen.

The left wing-back, who can also play in a multitude of wide, defence and midfield positions, has nailed down a berth in the absence of Conor Grant, bringing energy, quality, assurance and exuberance to Steven Schumacher’s side.

Plus, Mumba has one goal and two assists to his name, as well as winning 12 fouls – only eight players have drawn more in League One. 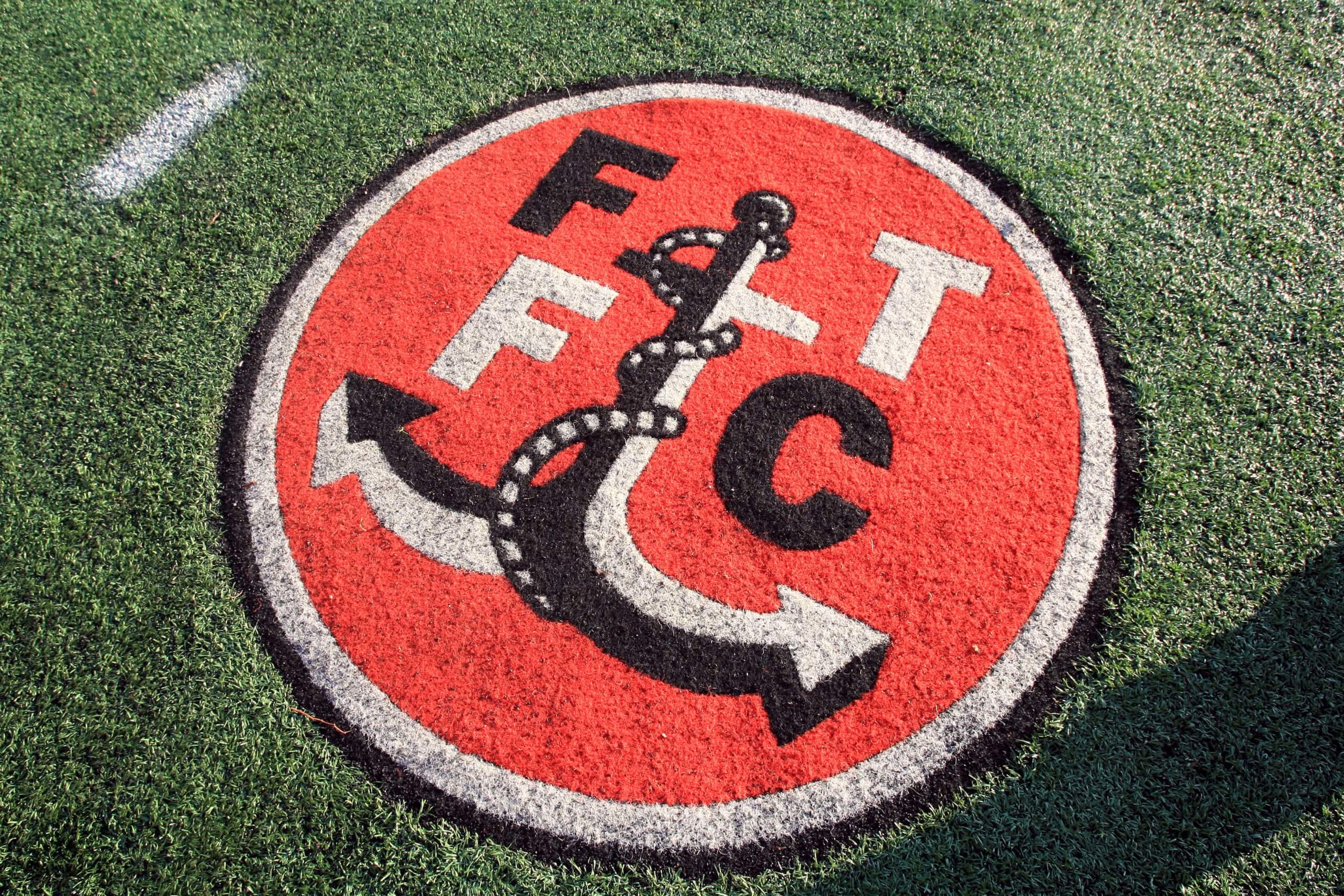 Rooney is best remembered at St Johnstone, a side where he scored only five goals in 2020/21 – although two of those were cup final winners!

The 26-year-old inspired 1-0 victories over Livingston and Hibernian, with the Saints becoming only the second team outside the Old Firm to land a Scottish Cup and Scottish League Cup double.

Rooney himself became the fifth player in the 21st century to bag in both finals and – although he’s not made history with Fleetwood (just yet) – he has massively impressed with his new side.

The 6ft 3in right-back, who can also operate as a wing-back, is strong, powerful and as big a threat in the opposition box as his height suggests.

The defender hasn’t found the net yet, but he averages 1.6 efforts at goal per 90 minutes – no standard right-back musters more on average.

Rooney loves to drive forward with the ball, too, and provide width, whilst being aggressive in duels, be them aerially or on the ground.

The St Johnstone recruit has been a fantastic acquisition for Scott Brown’s side, who have had a solid start to their League One campaign. 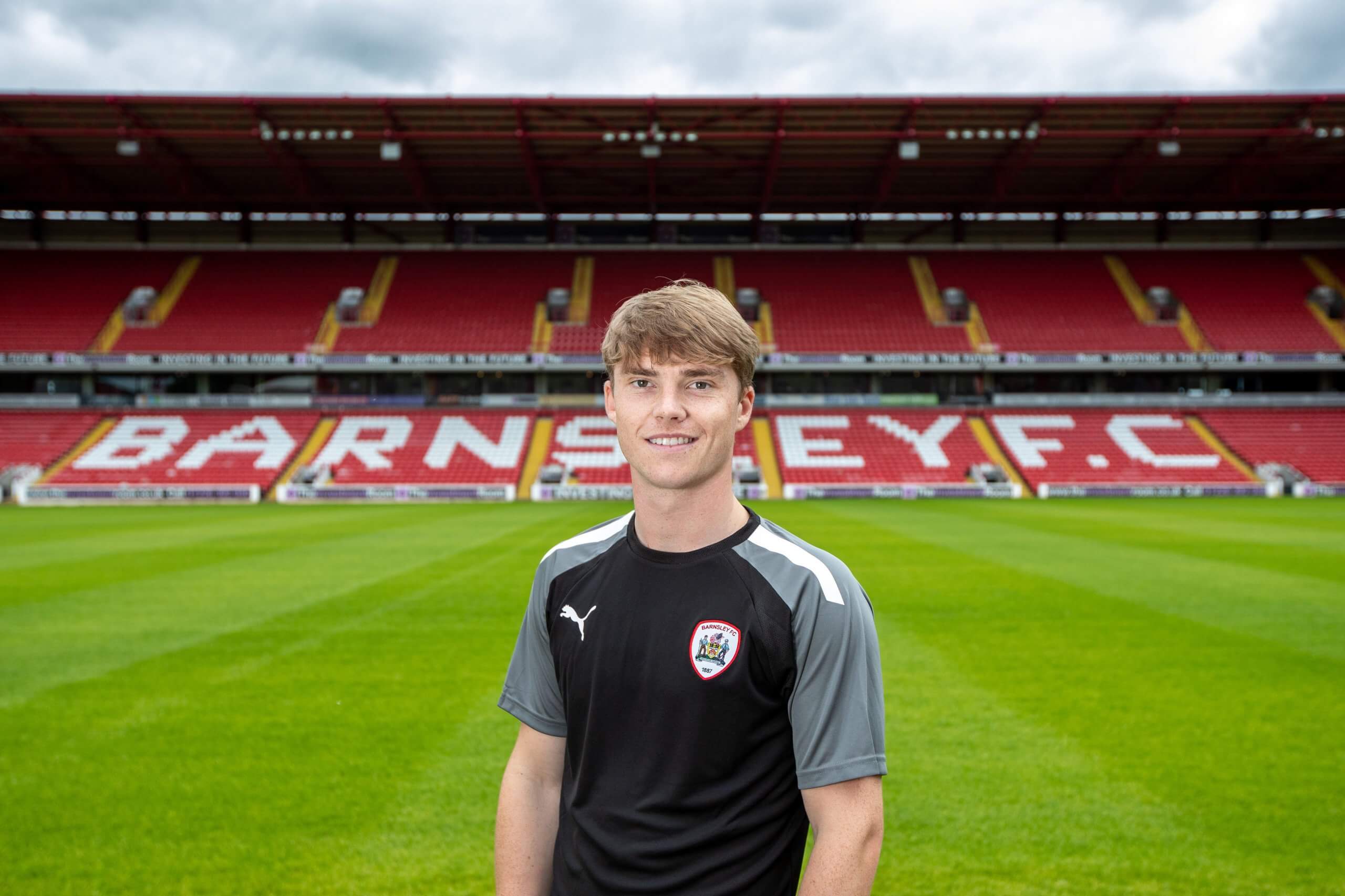 Bolton were in some ways unlucky that when Luca Connell first broke into the first team in 2019, they were riddled with financial strife that didn’t get resolved until the following year.

Connell couldn’t take the chance, quite understandably, and took the more lucrative offer at Celtic, where he went into the Under-20 squad as well as having loan spells at Queens Park.

The midfielder was gaining international recognition, representing Ireland at four age groups up to Under-21s, but he was unable to settle somewhere and get a consistent run of games.

That’s where Barnsley came in, after his release from The Bhoys.

Connell was the first of 11 summer additions for the South Yorkshire club, and the 21-year-old has made an instant impression.

Tenacious and hardworking enough to be a hit with a home support that demands that from their players, but skilful enough to deliver excellent set pieces and create plenty in open play.

Connell has had to operate deeper at times than an attacking midfielder like Luke Thomas, but still he has a fantastic output, averaging 1.5 key passes per game.

If Connell keeps this up, he can go on to enjoy a career in the top two divisions – hopefully with the Tarn!