'The fans feel very disconnected from the club at the moment. The issues run deep.' - Spurs fans have their say on the club's nosedive in form after their North London derby defeat.

It’s September 10th. Nuno Espirito Santo has been named the August Manager of the Month after leading his new Tottenham Hotspur side to the top of the Premier League.

Three wins from three with no reply – including an opening day victory versus Manchester City – saw ex-Wolves boss Nuno go some way in convincing sections of the Spurs faithful who had reservations over his appointment in the summer.

However, a run of three consecutive losses have followed – all to London rivals (Crystal Palace, Chelsea and Arsenal) – and Sunday’s spineless 3-1 defeat in the North London derby at the Emirates has seen those doubts rear their heads once more.

So, after Nuno’s impressive start, what has gone wrong for the Portuguese for Spurs’ form to nosedive so rapidly? Charlie Gregory caught up with Dáire from Spurs Views and Seb Jenkins from The Spurs Web to find out more… 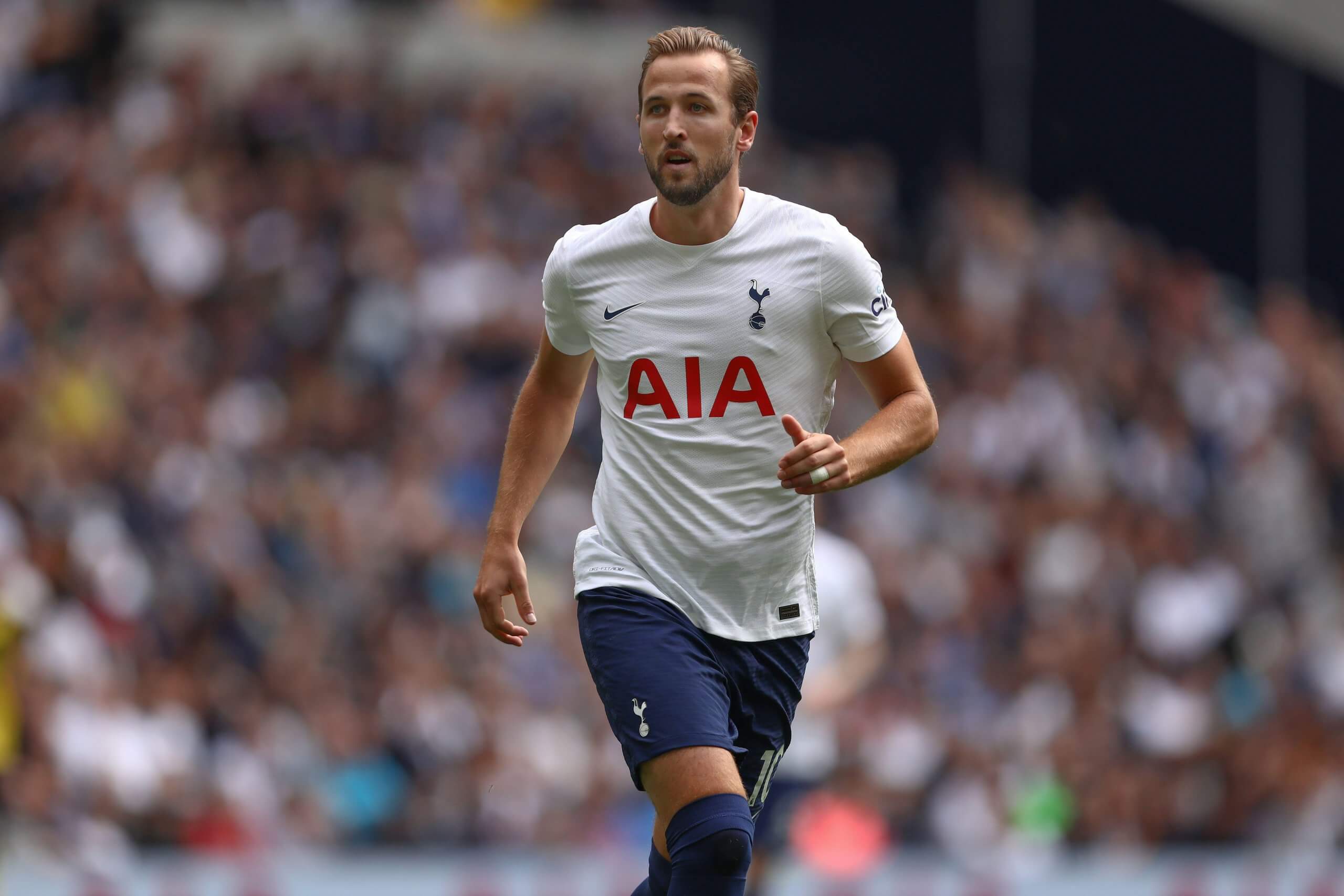 There’s only really one place to start and that’s the weekend’s defeat to Arsenal… What’s your reaction to the result and the performance?

SJ: “The worst thing is, I’m not sure many Spurs fans would have exactly been surprised by the result.

“I guess what was really shocking was the manner in which we lost. For a North London derby, at the very least, you expect some passion on the pitch, some bite in the challenges, some real effort to get one over on your rivals.

“Instead, we got hopeless long balls, players walking around the pitch, and less creative spark than a dead AAA battery.

“I think the fans just feel very disconnected from the club at the moment, which is sad.”

D: “It was an absolute shambles. I haven’t seen as limp of a North London derby performance in years. It was massively concerning… men against boys.

“Too many passengers, not enough hunger or fight from anyone. There’s a way to lose a football game and that wasn’t it.

“I never mind losing when I think we’ve put our best foot forward and were just undone on the day, but that simply wasn’t the case on Sunday.” 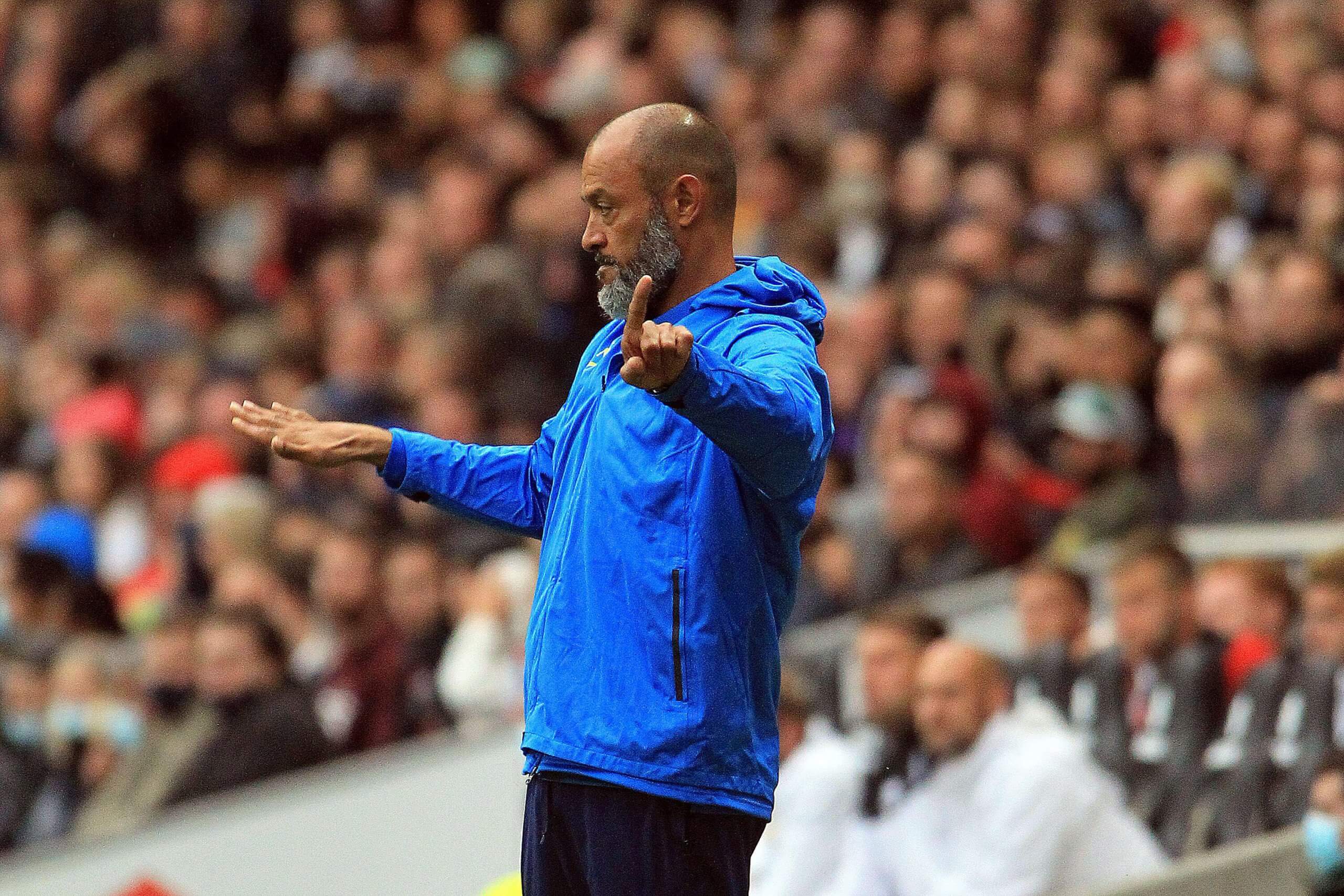 What went wrong in the fixture? And who ultimately is to blame?

D: “The way we set up our midfield was bizarre to say the least. I had no real issue with the starting XI prior to kick-off but it became clear from minute 1 that the midfield was setup to press on the back 4 of Arsenal and leave a gaping hole in midfield.

“At some stages, there was literally no one to be seen in the middle of the park. Hojbjerg, Dele and Ndombele looked lost.

“The tactics were awful and I’m afraid that, looking at that game in isolation, Nuno was mostly to blame for the defeat.

“The players though, showed no innovation to change things.

“A blind man could’ve seen that this system wasn’t working, hence the changes, but it was all too late.

“Playing a 4-3-3 system is killing Nuno. We don’t have a world class squad, but we’re definitely better than what we showed last Sunday.”

SJ: “You can’t point your finger at one thing or one person.

“Nuno’s line-up was wrong and his tactics were wrong. But also the majority of the players on the pitch didn’t perform, some of them didn’t even put much effort in.

“The issues at Tottenham run deep. Nuno needs to find a way of playing more attractive football and highlight the players he can trust, or I fear the worst.” 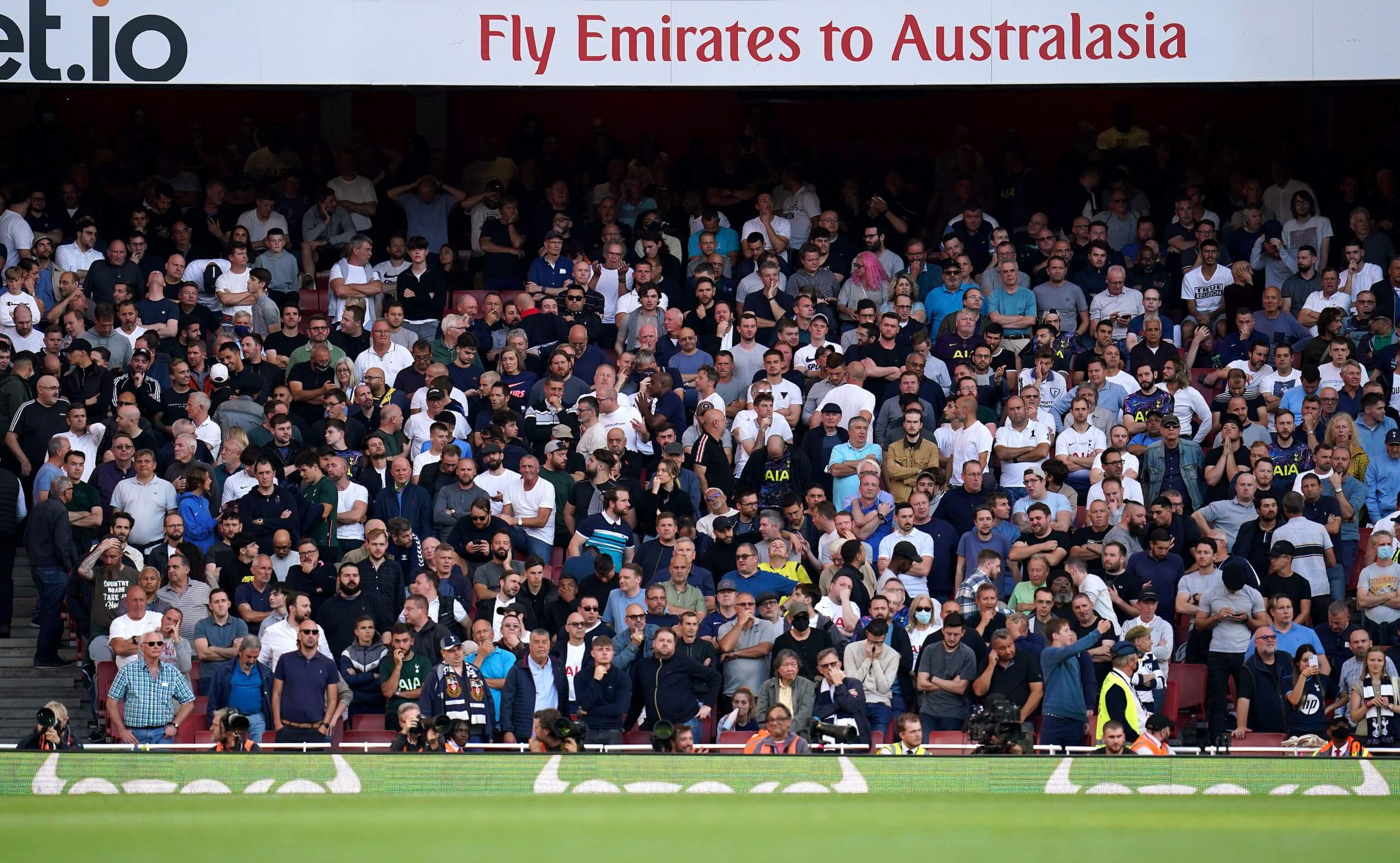 What’s the biggest concern from the performance?

SJ: “It’s hard to pick just one. I guess the lack of creativity and the lack of passion in equal measure.

“We have Son and Kane, yet can barely create a chance. And it was a North London derby, yet the players didn’t seem to care.”

D: “My biggest concern would be that we conceded 3 goals in 1 half for the third game in a row, and that it genuinely could have been more in each of those games.

“The players mentality is shocking. We’re very weak-minded and it seems as though players down-tools when the stars don’t align for them.” 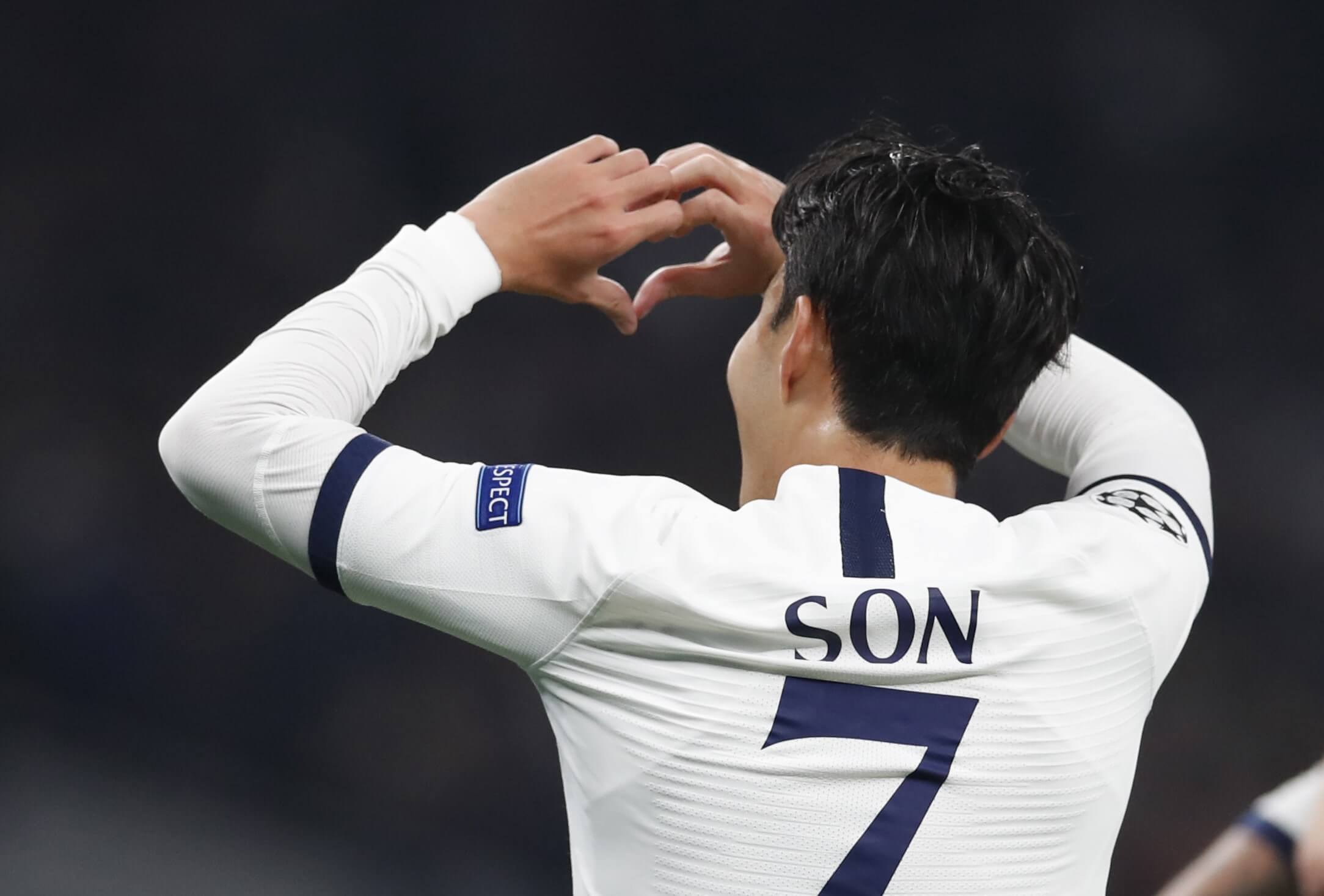 Pressure seems to be growing on Nuno – is this justified? Where do you stand?

D: “It is entirely justified. I’m not going to say I’m ‘Nuno Out’ just yet, but the writing appears to be on the wall already.

“The club showed no faith in the appointment by giving him a 2 year deal and now we know why.

“Nuno looks out of his depth. His tactics, formation and personnel choices need to change, and fast, for him to hold his job.”

SJ: “Pressure is quite often justified, it’s part of the game. If you are under pressure, it’s because you are not performing as expected.

“I think with any manager, you can’t realistically call for their head six games into a season.

“Was Nuno a mistake? It’s not relevant really. Levy and Paratici picked him, so they have to give him some time.

“It’s not like there are any alternatives out there anyway. I’m sure he will be given until Christmas before any assessment is made.” 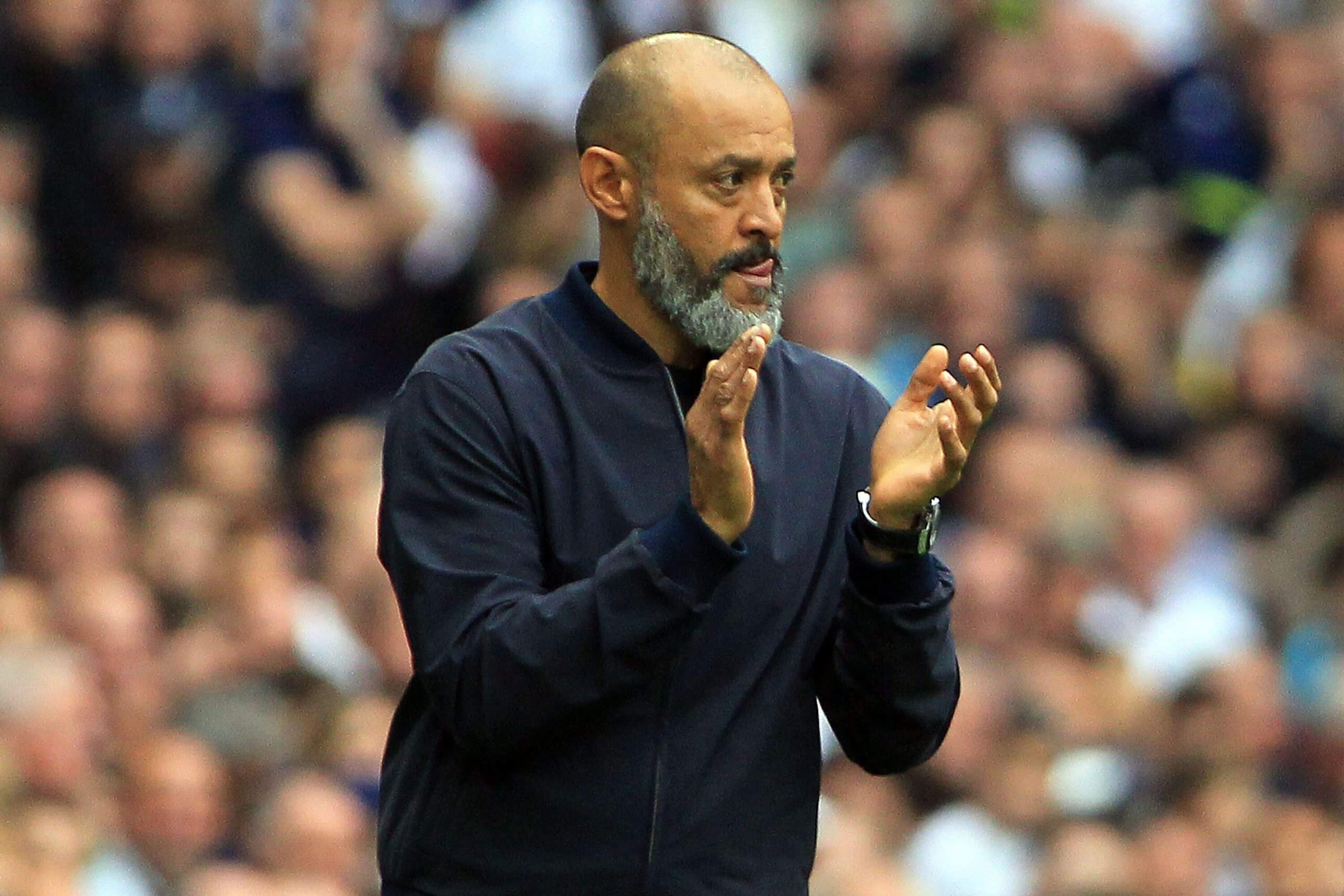 It’s a big contrast to the first three fixtures of the season – how has it changed so drastically?

SJ: “I guess the answer is, it hasn’t. In those first three games, we created very little but the one goal was enough to win all three.

“Defensively, we looked a little more solid, but also rode our luck at times. I think the main thing that has dropped off is the intensity and desire shown in the performances.”

D: “I think we were very lucky to have 9 points after 3 games, to be honest. 1 goal from open play in those 3 games and only 1 since then and both of those from the one player (Son).

“It’s massively concerning that we haven’t yet found an operational system. It’s like Nuno doesn’t know his team.

“What I will say for Nuno is that the last few weeks have been a circus. The fiasco in South America, the injuries on international duty and the fact that Kane is still playing at half-mast hasn’t helped the start of Nuno’s reign.

“But, I don’t think anyone foreshadowed this dramatic decline and I think the paper that was over the cracks is starting to blow away.” 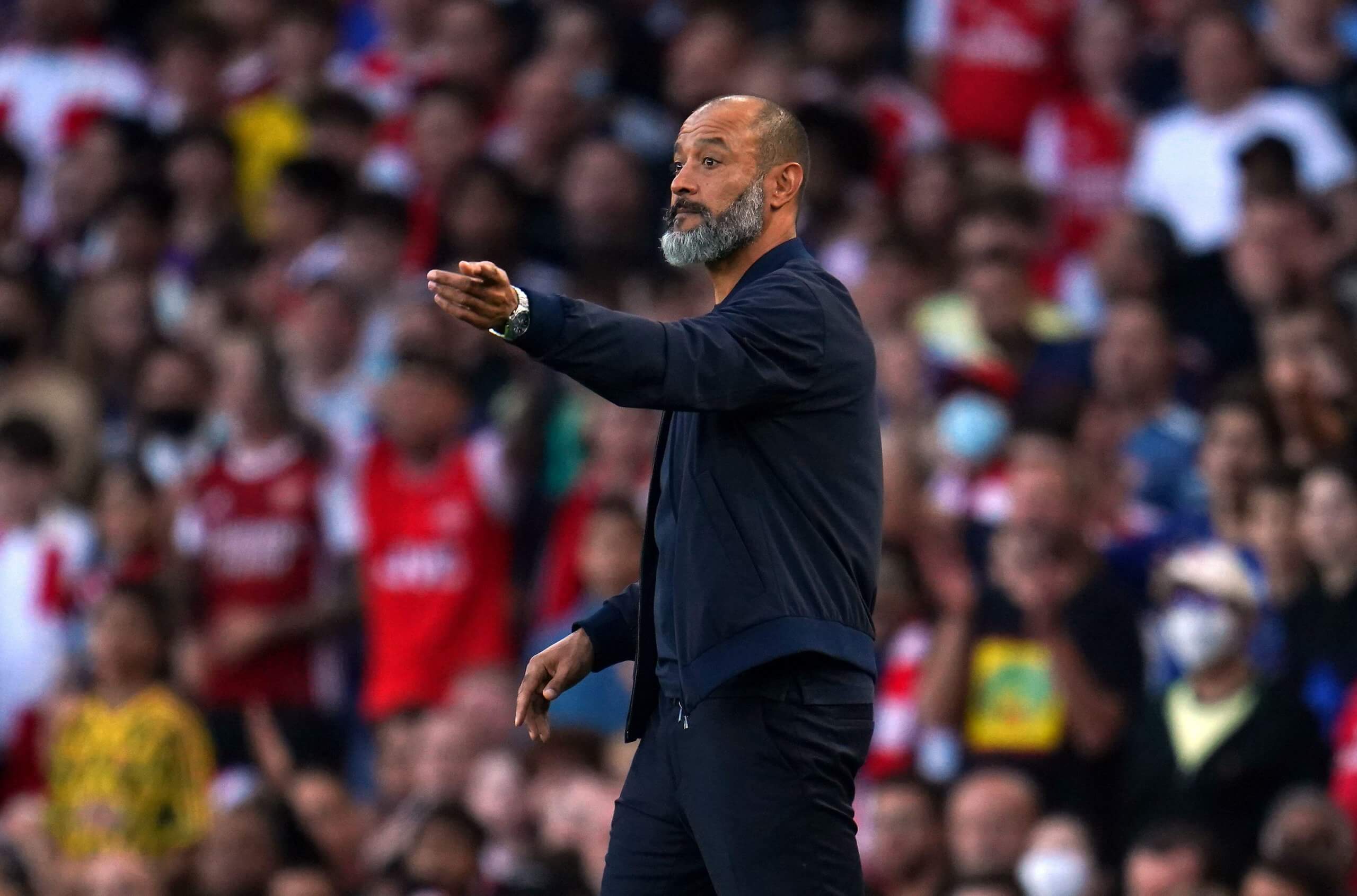 Where do Spurs/Nuno go next? What needs to change?

SJ: “He needs to change his tactics. If he keeps going down this path, he won’t last long.

“The Spurs fans and I assume the players want to play free-flowing attacking football. We have the players to do it.

“Nuno has to prove everyone wrong and start creating chances in front of goal. Otherwise, if anything, we have taken a step back from even Mourinho’s time at the club.

“Nuno needs a spark sooner rather than later.”

D: “He needs to sort that midfield. We have no creativity coming from any angle.

“This idea of lumping a ball up to Kane, who is best with the ball at his feet, is desperation at its finest.

“He needs to stop this 4-3-3 nonsense and go to a 4-2-3-1 with Skipp and Hojbjerg anchoring the midfield and let the flair players like Ndombele, Gil and Son do their thing behind Kane.

“Either that or switch to a 3-5-2 with three centre-backs and get Reguilon and Emerson to utilise their attacking prowess.

“Spurs in general, well, I reckon we’re in for a long hard season… again.”