"We're in trouble. Big time. Survival will be a miracle," Shrews fans are finding it difficult to see the positives as the pressure grows on manager Steve Cotterill.

With one win and four defeats from their opening five games so far, it’s safe to say it’s been a pretty torrid start to the season for Shrewsbury Town.

Steve Cotterill looked to have transformed the club’s fortunes when he first took over in November 2020, with a seven match unbeaten start – including four wins – lifting Town from 23rd to 16th in the table.

But after the new boss’ admission to hospital with Covid-19 in January and an ensuring battle with the virus that ruled him out for the remainder of the season, Shrewsbury have never recovered, unable to continue the fine form of 18-months ago.

The transfer window ended in disappointment on Tuesday night too, as the club were unable to add to the eight signings made during the summer – despite the manager insisting it was not for the want of trying.

But Cotterill – who has admitted Town could look at the free-agent window to beef their squad in the coming day and weeks – has the support of the club’s board, for now at least.

He has revealed he is happy with the ‘first class’ support of the Shrewsbury Town directors in a ‘really difficult’ transfer window.

But what about the fans? Charlie Gregory caught up with Salop Supporters to get the lowdown. 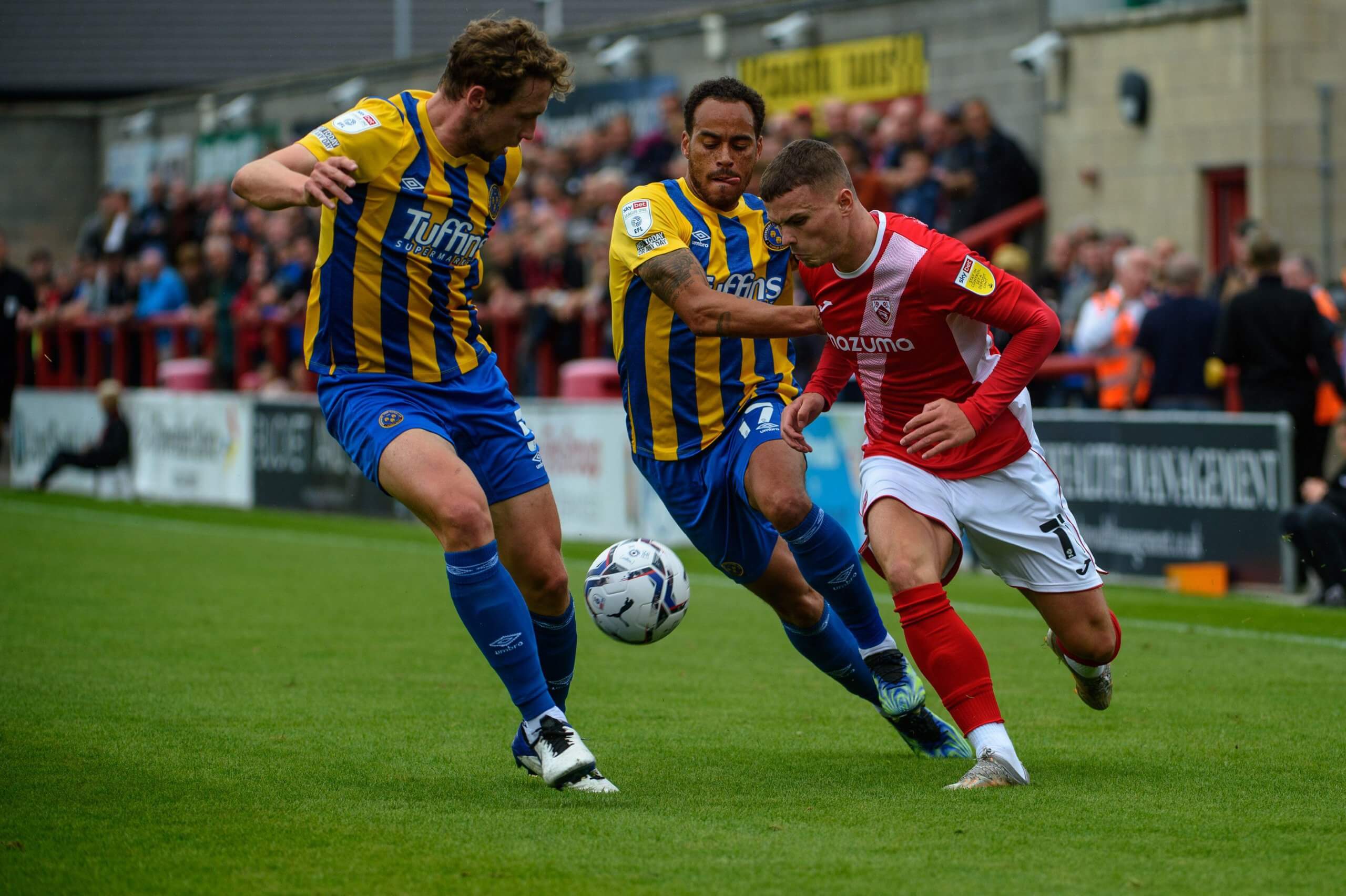 Last season seemed a really strange campaign for Salop – how would you assess the season?

“Last season was a rollercoaster. From being cut adrift under Ricketts to a small period of good results under Cotterill and then the period where we had an inexperienced assistant managing the team. To finish 17th in hindsight was a miracle.

“The football was very much based on being solid at the back and being clinical when going forward. It didn’t really work that well but we knew there was a plan.

“I’d say we underachieved. Most fans expected mid-table and what we got was dire tactics under Ricketts and Cotterill’s early form pretty much saved us.”

Cotterill really impressed when he first came in, but since his return from Covid, he’s found himself under pressure. What’s gone wrong since his start at the club?

“The football seems aimless. We’re pumping in crosses to nobody, we’re taking shots that are blocked and we have no depth in the squad. We really do look poor and we’re an injury or two away from a crisis.

“He’s clearly had a plan in place and some fans believe he’s refused to sign players who haven’t been jabbed. And getting rid of the likes of Norburn and Goss has not been well received.”

You’ve had a poor start to the campaign – where do you stand on Cotterill? Should he be sacked and if so, why?

“There is the age-old saying, give him 10 games but fans seem to have given him the benefit of the doubt because of his Covid trauma but that’s gone and we’re impatient and thoroughly frustrated at his attitude towards the transfer market and more recently towards local journalists.

“He bit our local reporter’s head off recently and thought he was being set up, it was very strange. We respect the local journalists and if he’s short with them, he’s short with us. We rely on them to hear his insight.” 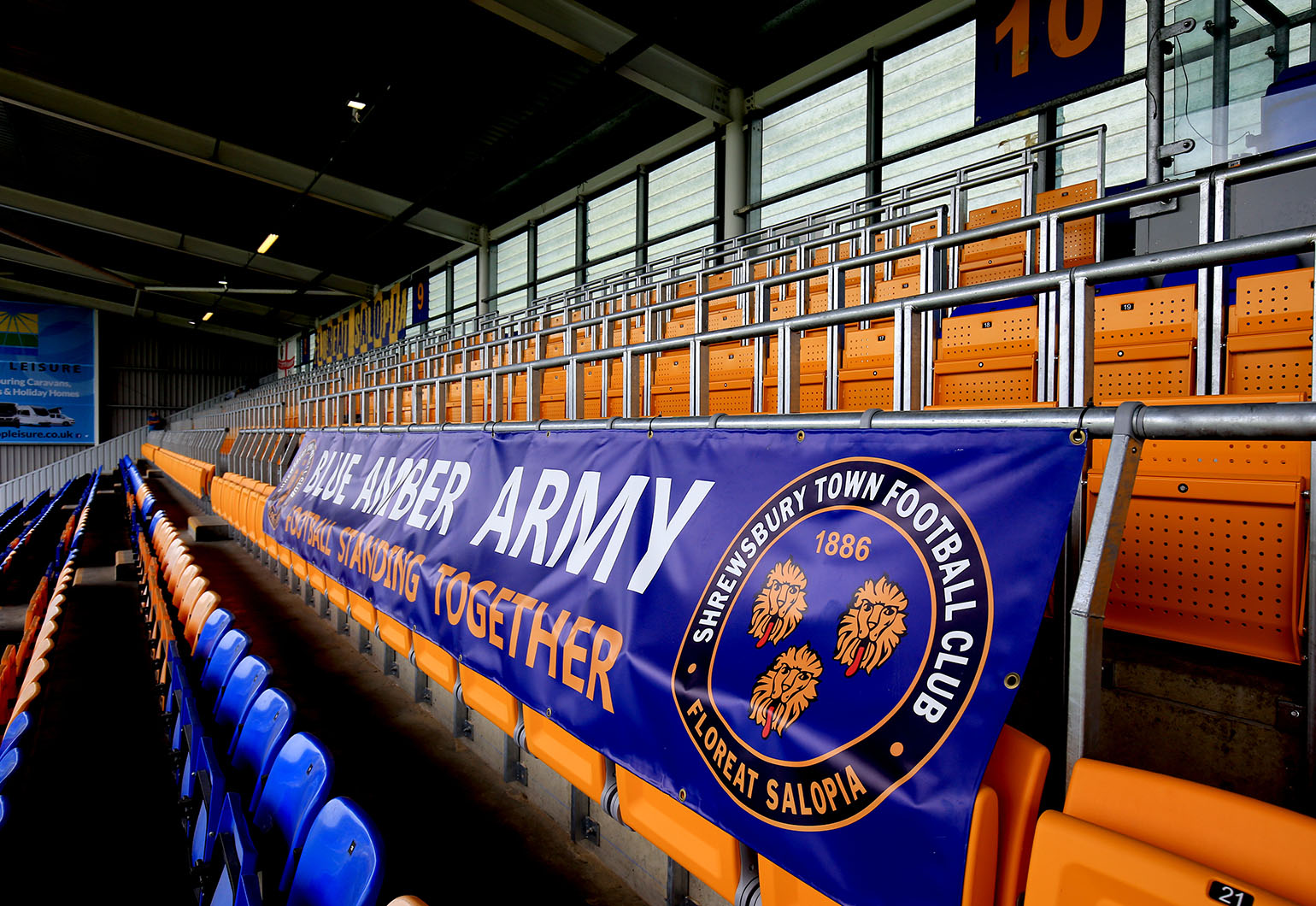 12 out and only 8 in – were you pleased with the transfer window? I noticed that there was plenty of disappointment in a quiet deadline day…

“Straight answer, no! It was a shambles of a window. The manager and board have some serious questions to answer.

“We have failed to strengthen our side or add depth. We’ve lost more players than we’ve gained and seriously, I can only really see two players who could be good for us in Bowman and Leshabela.

“We need to know why the club has left us a squad that’s only an injury or two away from a crisis. We need to know what their aim was this summer. Who was in control of scouting, negotiations, and so on?”

What is the expectation and your hope for Shrewsbury this season? What must you do differently to last season?

“We’re in trouble. Big time. Survival will be a miracle. This might seem negative but this is the worst start we’ve had with the smallest squad and a manager who’s crumbling already. If anyone wants to screenshot this and laugh at this prediction come the end of the season, crack on, as I so want to be wrong.

“I think we’re doomed whoever is in charge this season. It’s just frustrating that down the road Wrexham are on a buzz and look solid and no doubt we’ll get them in the FA Cup this year and get beat.”