'I’m just hoping that we’re going to become a solid Premier League team and we’re not looking over our shoulders,' Kris from Gallowgate Shots isn't getting carried away despite the huge upturn in fortunes at St James' Park both on and off the field.

Much has been spoken about Newcastle United since the £305million takeover by the Saudi Public Investment Fund back in October, but it appears the only ones not getting carried away are the fans.

Eddie Howe knew he had a major job on his hands when he arrived at St James’ Park last November.

Mike Ashley’s departure had left long-suffering supporters dreaming of a brighter future under Amanda Staveley’s Saudi-backed consortium, but the very real prospect of relegation from the Premier League hung heavy over the Toon.

When Howe arrived, Newcastle sat 19th in the Premier League, five points adrift of safety – the same number they had managed to collect from their first 11 league games.

Fast forward just over four months and, with the help of a £90 million January spending spree, they have gained significant ground in the battle for survival with some daring to look up the Premier League table rather than down. 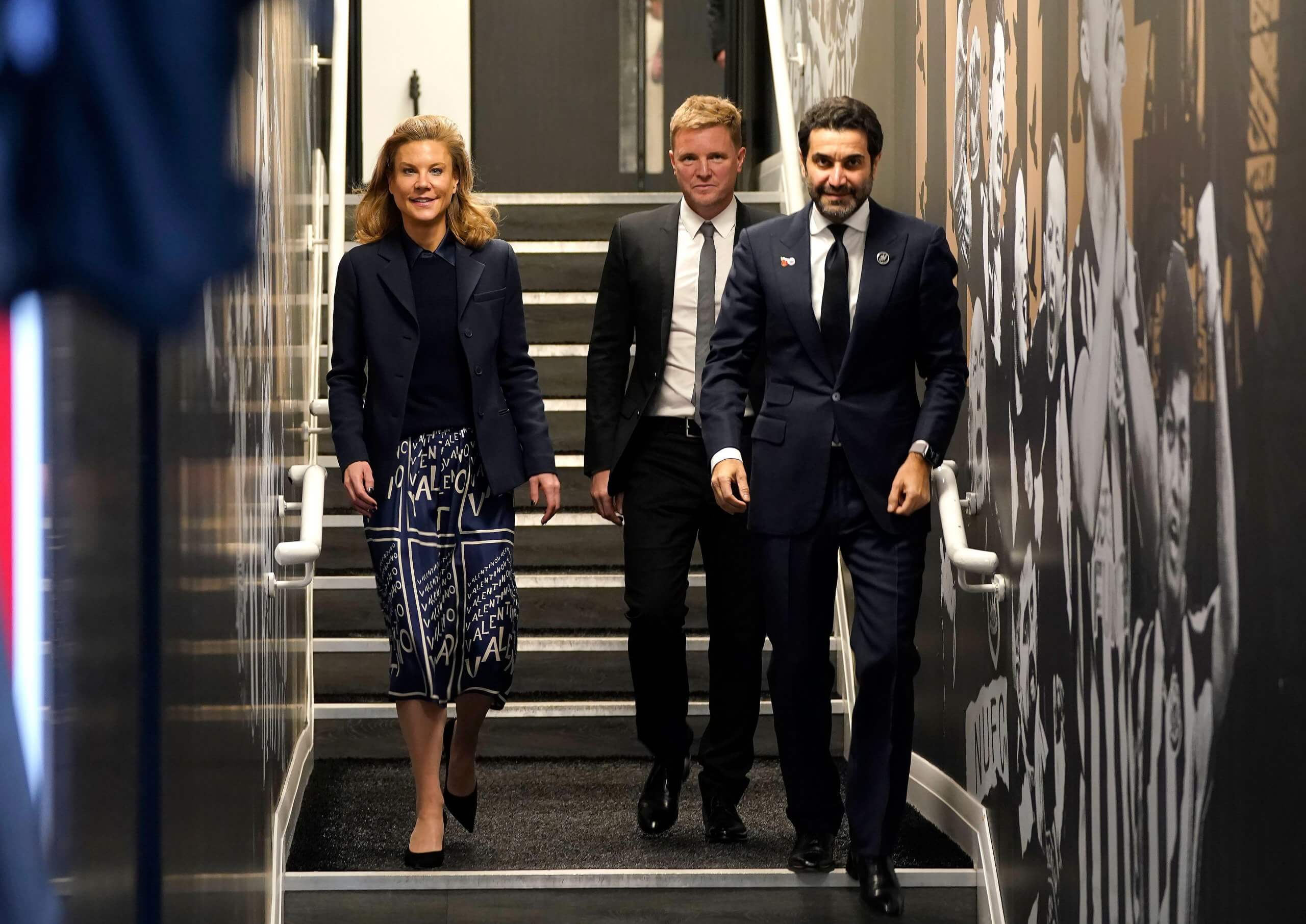 “Who would have thought Newcastle United would be clawing their way out of this relegation fight?” said Kris from Gallowgate Shots on this week’s episode of Fan Zone.

“Hopefully Newcastle have done enough now since the January transfer window to get out of it and we’ve given ourselves a massive fighting chance there.”

It took Newcastle 15 games to get their first victory of the Premier League season as they spent the whole of the first of the season nailed to the relegation places.

For context, prior to this season, no team had ever gone 15 games without a victory at the start of the campaign and still survived in the Premier League.

But they’ve now won seven Premier League games in 18 games under Howe, including six wins in their last eight.

🖤 “I was lucky enough to speak to the owners last week…”

🤍 “The way they speak about this football club and the potential, it’s mouthwatering.”

Kris from @GallowgateShots says he's excited for the future at #nufc… ⚫️⚪️

As a result, the Magpies have climbed to 14th in the Premier League table, seven points clear of the relegation places.

Sunday’s controversial 1-0 defeat ended a run of nine league games without a defeat – their longest unbeaten run since 2011.

They also rank third in the Premier League form table for 2022, but despite the somewhat seismic shift in fortunes on the pitch, not to mention the untold riches available to them going forward, it appears nobody at St James’ Park allowing themselves to get too giddy with excitement.

“Of course we’re not thinking we’re going to challenge for the top-four or top-six, that’s just not going to happen soon.

“I’m just hoping that we’re going to become a solid Premier League team in the next two seasons where we’re not looking over our shoulders at the relegation battle, but instead looking to be in the top half – that’s all we want right now.”

Newcastle’s new owners, PIF, are funded by crown prince Mohammaed Bin Salman, who has a net worth of around £320 billion. 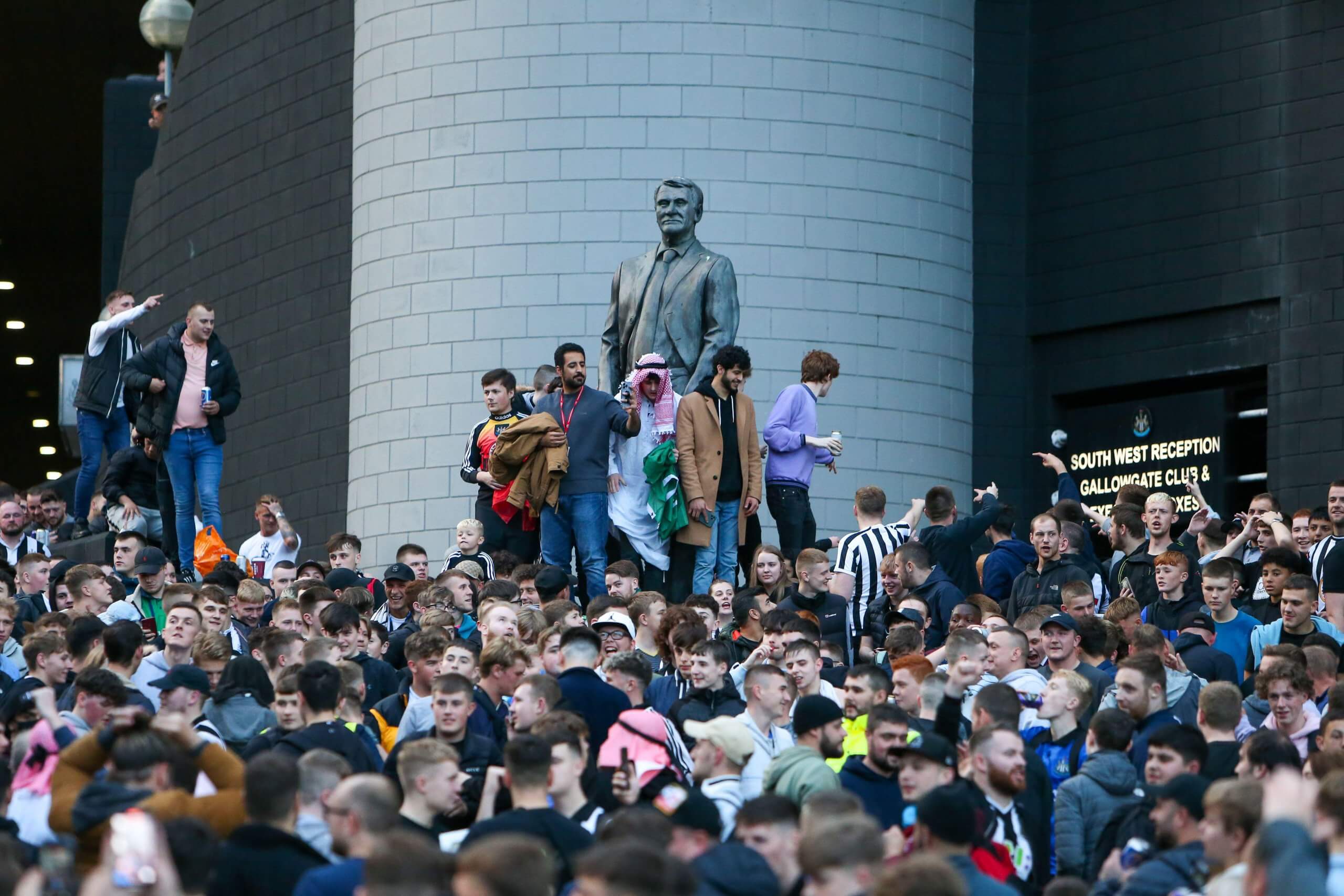 And with the St James’ Park outfit said to be ready to splash the cash over the next 12 months and beyond, the North East could be a potential destination for some of the best players in the game.

Even so, it’s the thought of long-term stability that appeals to Magpies fans after years of uncertainty and under-investment according to Kris.

“I was lucky enough to speak to the owners last week at the Football Writers Awards,” revealed Kris on this week’s FanZone.

“The way Amanda Staveley and her husband talk about the potential for this club and what’s going on behind the scenes, it’s mouth-watering, it really is.

“That’s something we’re not used to under previous ownerships such as Mike Ashley.

“It’s going to be an interesting one to follow, but we all have to realise that the fans aren’t expecting the world, of course we’re not.”