Fan vs. Fan: Why City Will Still Come Out On Top This Weekend Despite Injury Worries

As Premier League champions Manchester City prepare to host Brighton this weekend, Brady Rein from our fan partner City Xtra give us an insight into how City fans believe the game will pan out.

Coming off a somewhat loose affair with Bournemouth at Vitality Stadium (a match which City ultimately won 3-1), Pep Guardiola will expect his City side to be much sharper when they host Brighton and Hove Albion on Saturday at the Etihad.

Brighton come into Saturday’s fixture with 4 points in 3 games and a 1-1-1 record. Considering their lone loss of the season came last weekend against Southampton when summer signee Andone was sent off in the 30th minute, Seagulls boss Graham Potter should be relatively happy with his team’s to start to the new campaign.

In 2018-19, City vs. Brighton was a noteworthy fixture on two separate occasions late in the season for Guardiola’s outfit. In April, the Cityzens scraped by Brighton 1-0 in the FA Cup semi-final at Wembley courtesy of a fourth minute Jesus header.

Just a few weeks later, the final stop on City’s route back to the top of the Premier League table came at the Amex against Albion. A Glenn Murray header had City fans sweating momentarily in the season finale as they trailed 1-0.

Ultimately, a quick response from Sergio Aguero jump started the comeback and in the end City walked off 4-1 winners and back to back Premier League champions. 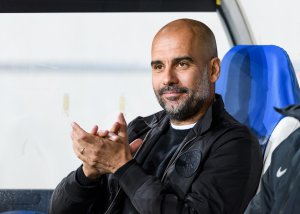 Injuries to John Stones, Gabriel Jesus and Benjamin Mendy make predicting Saturday’s lineup a little easier than usual. The most likely change Guardiola might make from the XI below  is swapping Riyad Mahrez for Bernardo Silva. Another option could be Gundogan in the Rodri deep lying midfielder spot, although it feels unlikely that the newcomer would be left out of the lineup for a second straight weekend.

Some less likely inclusions in the XI could be Fernandinho in central defensive midfield or João Cancelo at right back in favour of Kyle Walker. While neither have featured much this season, a home fixture where City will fancy all three points could be the type of match where Guardiola looks to give new combinations a look to try and figure out his best side moving forward.

Sergio Aguero to score first at 3.40*

City are heavy favourites heading into their fourth fixture of the season. While Brighton centre backs Shane Duffy and Lewis Dunk will make life for Aguero and co. difficult, the difference in quality between the two sides makes anything but a Sky Blue victory seem unlikely.

Following the international break, City are expecting Gabriel Jesus, John Stones, and Benjamin Mendy to all be fit to return to action, making competition for spots in the starting XI that much more difficult to secure. With this in mind, expect Guardiola’s side selected on Saturday to be up for it on both ends of the pitch.