Fan vs. Fan: Can Brighton Add Another Away Win To Their Tally As They Head To St. James’ Park This Weekend?

As Brighton prepare for their long trip to Newcastle this weekend, Albion fan Scott McCarthy from our fan partner We Are Brighton gives us his thoughts on why he believes his team will walk away with three points.

Home hasn’t been where the heart is for Brighton and Hove Albion over the past nine months, so it will be something of a relief to get on the road to Newcastle United this weekend. Since Big Ben struck midnight on December 31st and we welcomed in 2019, the Seagulls have only soared to victory once at the Amex in the Premier League.

That was against rock bottom Huddersfield Town last March. Home games have otherwise turned into a pretty chastening experience, although in defence of new boss Graham Potter the only reason he hasn’t broken his duck in Sussex yet is because circumstances have conspired against him.

We drew with West Ham United thanks to a combination of VAR and the brilliance of Lukasz Fabianski. We lost to Southampton because Florin Andone was sent off after just 28 minutes for committing GBH.

Brighton to Win and BTTS at

And last week saw Burnley escape with a point after Jeff Hendrick scored with the Clarets’ only shot on goal all afternoon – in the 91st minute, just to rub it in a little.

Away games though, they’ve become fun again under Potter. Whereas Chris Hughton’s tactics on the road involved sticking 11 men behind the ball and praying to the Gods, Potter actually wants to go away and win.

We hammered Watford 3-0 on the opening day of the season and could have scored twice away at Manchester City had Leandro Trossard demonstrated a little more composure in front of goal. 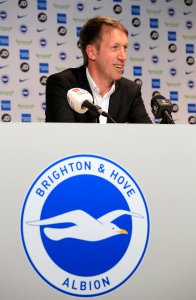 That makes our visit to St James’ Park seem like a realistic opportunity to pick up victory. Not that there will be many of us there to witness it. Sky Sports have been there usual considerate selves and decided to move the game to the 5.30pm Saturday evening slot, which is exactly what you need for a 690-mile, 12-hour round trip.

In fact, this will be the sixth time in the past nine Newcastle vs. Brighton fixtures that television has decreed that one of the longest journeys in English football be made for a ridiculous kick-off time. It’s a slap in the face to loyal fans, but as long as those watching at home are happy then who cares, right?

And what can those watching at home expect? As already noted, Potter’s Albion is far removed from Hughton’s Albion. Gone is 4-5-1 and in its place comes a bold 3-4-3 formation which features three actual forwards.

Lewis Dunk dictates the play from the sweeper position, Dan Burn and Adam Webster either side of him will embark on mazy runs forward from centre back and the wingbacks are expected to spend as much time in the opposition’s half as they do ours.

It’s exciting stuff and based on performances so far, its working. But performances don’t keep you in the Premier League, results do. And that makes Saturday an important game for the Albion, especially with the points we’ve dropped at home.

Can they rise to the challenge? I think so – a 2-1 win for Brighton. Playing away is more fun after all.