In 127 years, Royal St George’s has seen its fair share of memorable moments across 14 hostings of The Open Championship.

The Open Championship returns to Royal St. George’s this week for the first time in a decade, the 15th time the Sandwich links has hosted the only major to be held on UK soil.

Royal St. George’s made its debut as an Open venue in 1894 and was the first course outside of Scotland to host the championship.

The first Open winner at Royal St. George’s was England’s J.H. Taylor who won the grand sum of £30 after rounds of 84-80-81-81 and in the years since the likeable Kent course has provided plenty of drama and excitement.

So here is a look at just some of the most iconic, historic and memorable moments in the history of the Sandwich links. 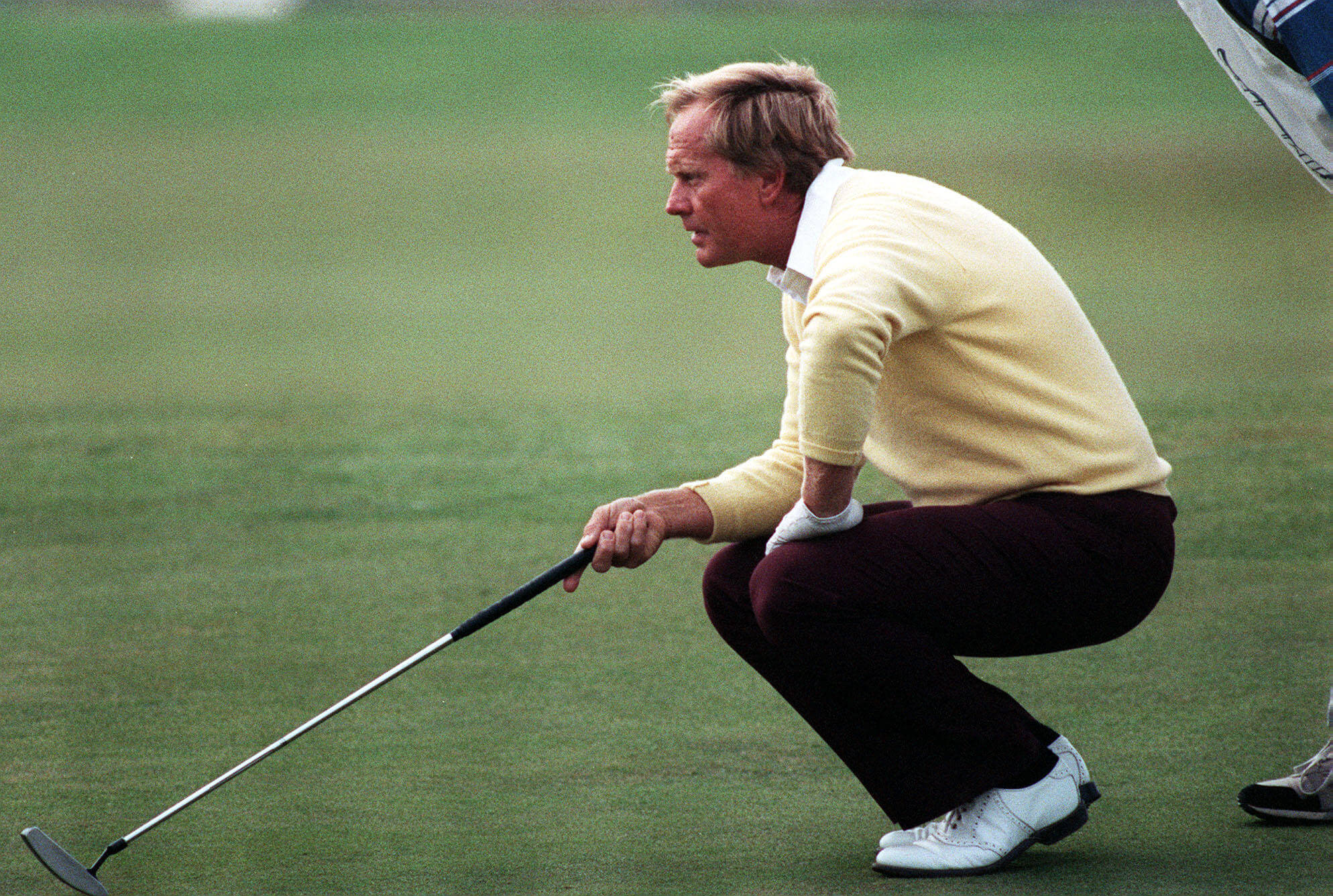 In 1981, The Open returned to Royal St George’s for the first time in 32 years and despite the fact that most of those in attendance were there to see 17-time major winner Jack Nicklaus, it was Texan Bill Rogers who stole the show on Sandwich’s links that year.

Entering the final round with a five-stroke lead after second and third rounds of 66 and 67 respectively, Rogers’ lead was quickly cut to one after early struggles including a double bogey on the seventh hole.

But a brilliant two-putt on the eighth, and a series of remarkable approach shots over the next five holes, saw Rogers take back control, which he would never again relinquish to win the first and only majorof his career. 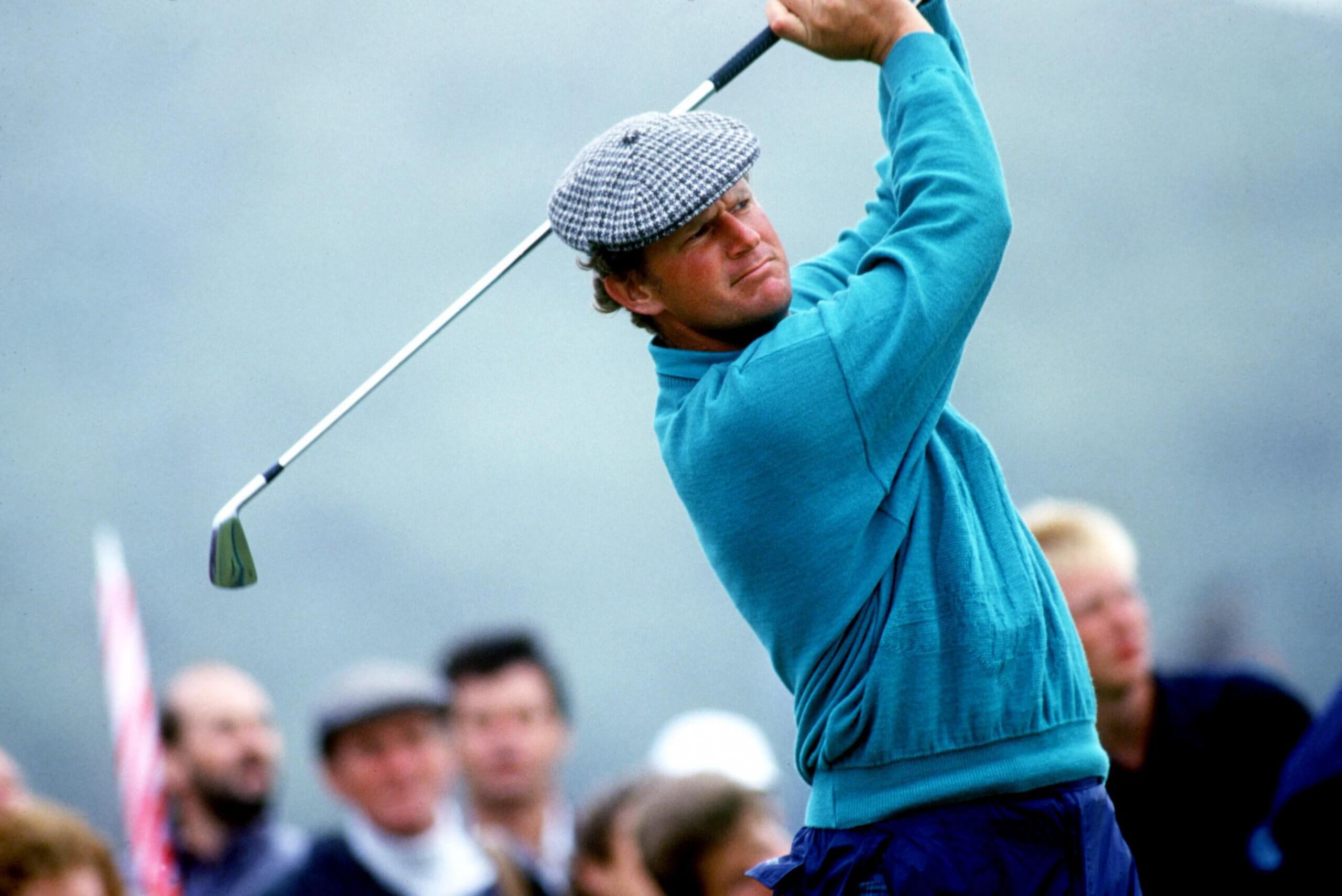 Sandy Lyle ended a 65 year-wait for a Scottish champion of golf’s original major, the longest ever drought at The Open, in dramatic fashion at Royal St George’s while also becoming the first British winner of the Claret Jug since Tony Jacklin in 1969.

On a baked Sandwich course, he produced some brilliant golf in the final round to come from behind and take the lead in the dying embers of the Championship, sinking a lengthy putt on the difficult par-5 14th to put him firmly in the driving seat.

In the closing stages on Sunday only Bernhard Langer and David Graham in the final group could prevent Lyle from victory, but both came up short in their attempts as the Scot claimed his first major championship, one of two in a brilliant career for the talented Scotsman. 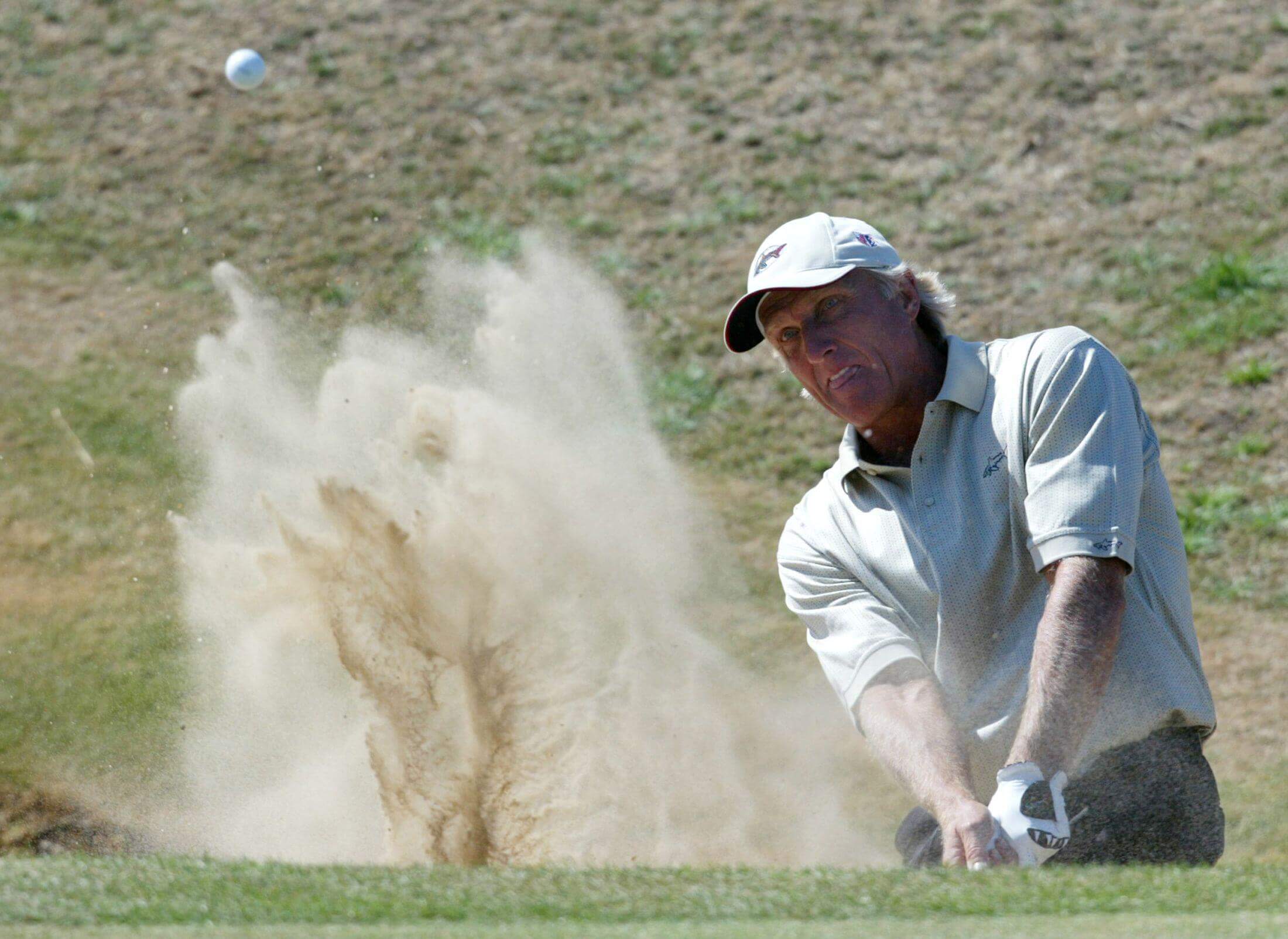 In one of the most celebrated Championships of the 20th Century, Greg Norman ended a seven-year wait for a second major title to claim his second Claret Jug in incredible style.

A final-day score of 64, courtesy of a round Norman himself described as “the best I’ve ever played”, was enough to pip home favourite Nick Faldo to the post, as the Englishman sought a fourth Claret Jug in seven years.

Norman’s final round is often considered one of the best ever in a major, and the 13-under-par total the ‘Shark’ posted was good enough not just to beat Faldo by two, but also rank as the lowest winning score at Royal St George’s by eight strokes. 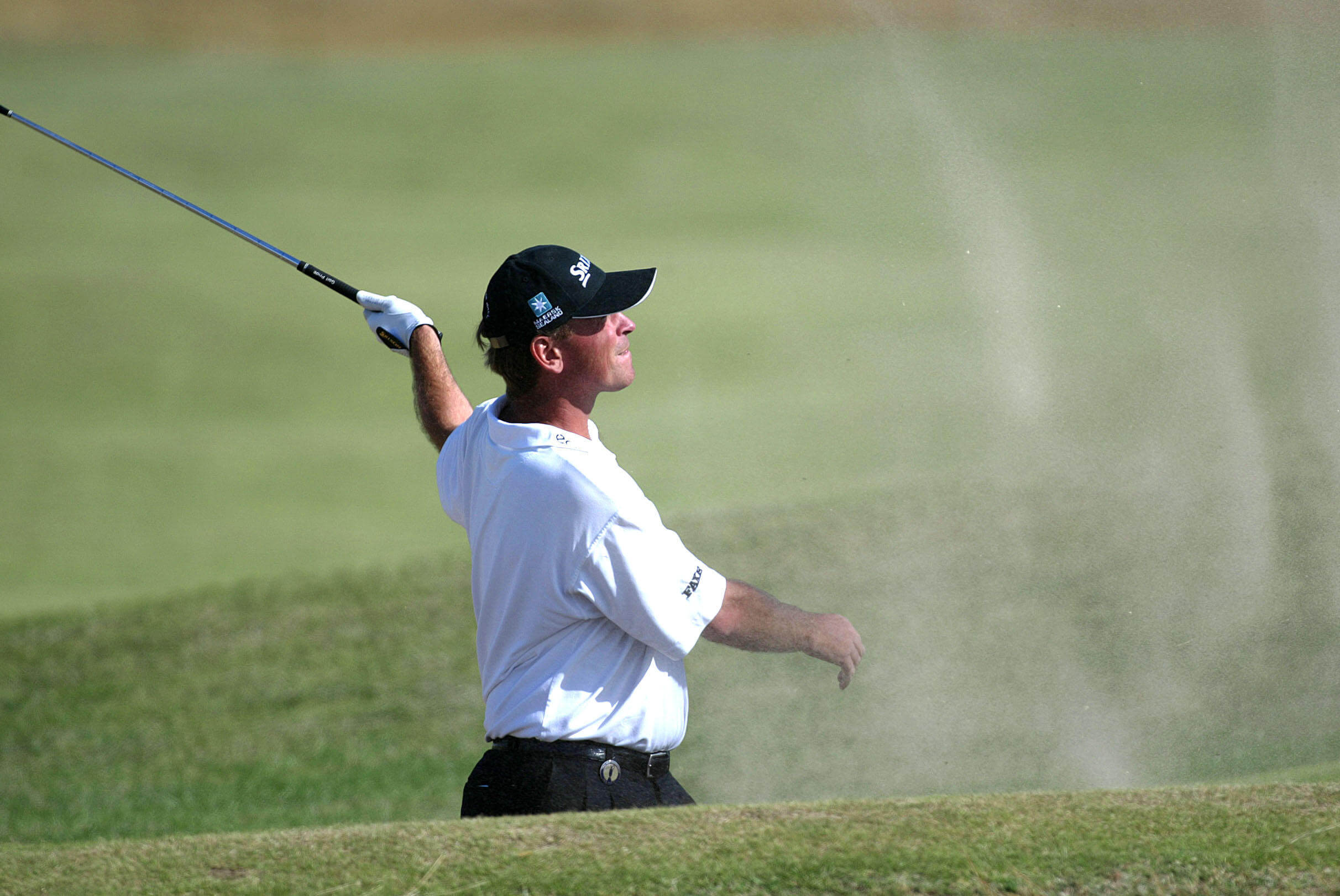 Thomas Bjorn’s unfortunate demise in 2003 during the 132nd Open remains one of the most memorable moments in the history of the Sandwich links as, entering the 70th hole of the Championship, the Dane led by two strokes.

The patch of sand is now named “Bjorn’s bunker” after he needed three swings to extricate himself en route to a double-bogey with two attempts rolling back to his feet.

This epic fail on 16 and another bogey on 17 led to a heart-wrenching collapse as Ben Curtis kept his cool to hole a 10-foot putt on the final hole and claim the Claret Jug in his first major championship appearance. 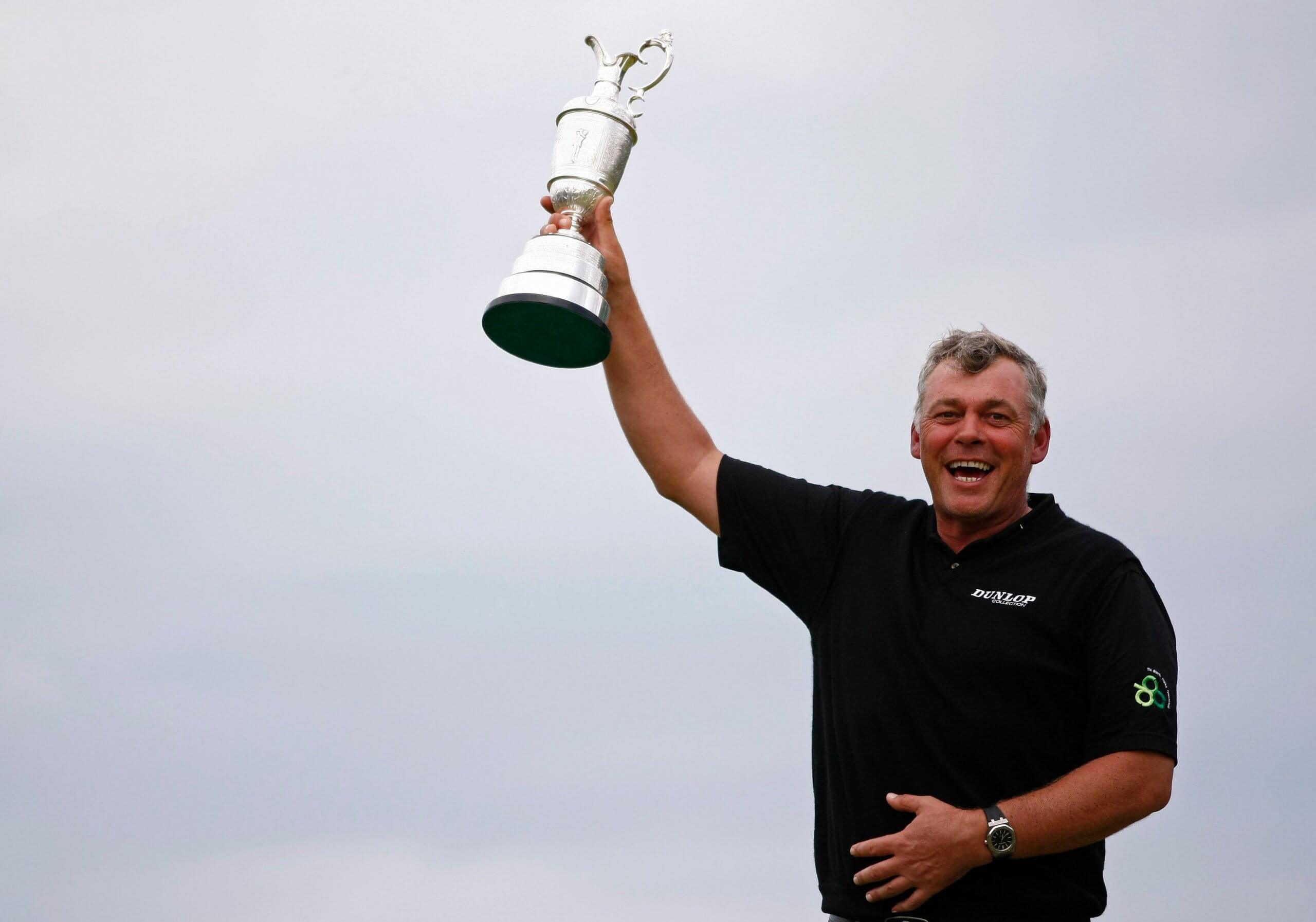 42-year-old Darren Clarke claimed a fairytale triumph at The 140th Open in 2011, the Likable Irishman winning The Open at the 20th time of asking on the Sandwich links.

Clarke led by one from  Dustin Johnson going into the last round picking-up a shot at the second, before handing it back at the fourth, eagling the long seventh to reach the turn at seven under, eventually firing a final-round 70 to finish five-under to hold off Americans Phil Mickelson and Dustin Johnson.

Despite coming into the tournament on a terrible run of form, Clarke became the first winner from the UK since Paul Lawrie in 1999 and only the second Northern Irishman to win the Open after Fred Daly in 1947.