When Everton face Liverpool it divides a city for a day but provides drama, excitement and controversy for decades - we take a look back at just some of the best encounters from years gone by.

Having first played at this old ground in the 1890s, there have been almost 150 meetings between Everton and Liverpool at Goodison Park.

And down the years the fixture, between two of England’s most successful sides, has been pivotal when it comes to the destination of the league title – not to mention various other pieces of silverware.

So with plenty to choose from, here are just some of those memorable encounters from years gone by which are still talked about by supporters from both sides of Stanley Park. 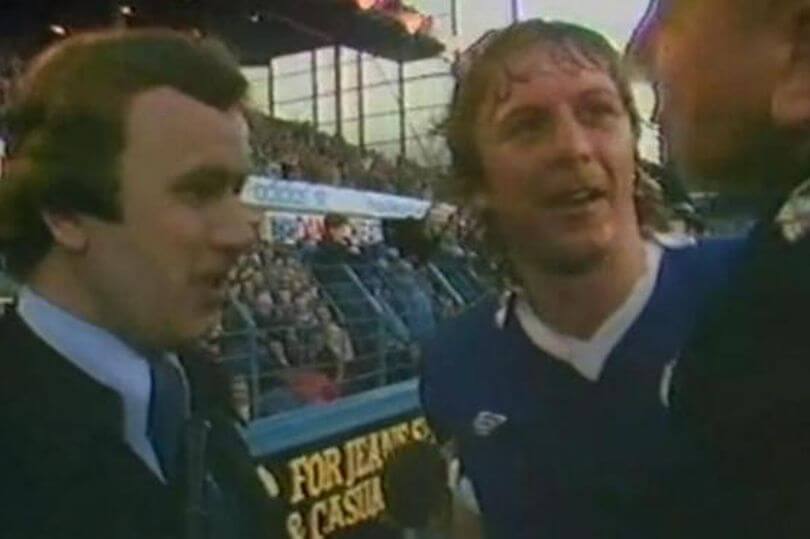 When Everton hosted Liverpool in October 1978, the Reds were reigning European champions and on course for a third First Division title in four seasons,

But that didn’t deter the home side from taking the game to their rivals – who had won ten and drawn one of their opening eleven league games –  from the outset.

So when Andy King’s exceptional 20-yard shot found the back of the net Goodison Park erupted as the home faithfully dared to dream of a memorable victory over Bob Paisley’s men which would take them to within three points of the league leaders.

His moment of glory would be overshadowed though as, while trying to give a post-match television interview, he was ordered off the pitch by a local official who decided that everyone, even the matchwinner, had to leave the field. 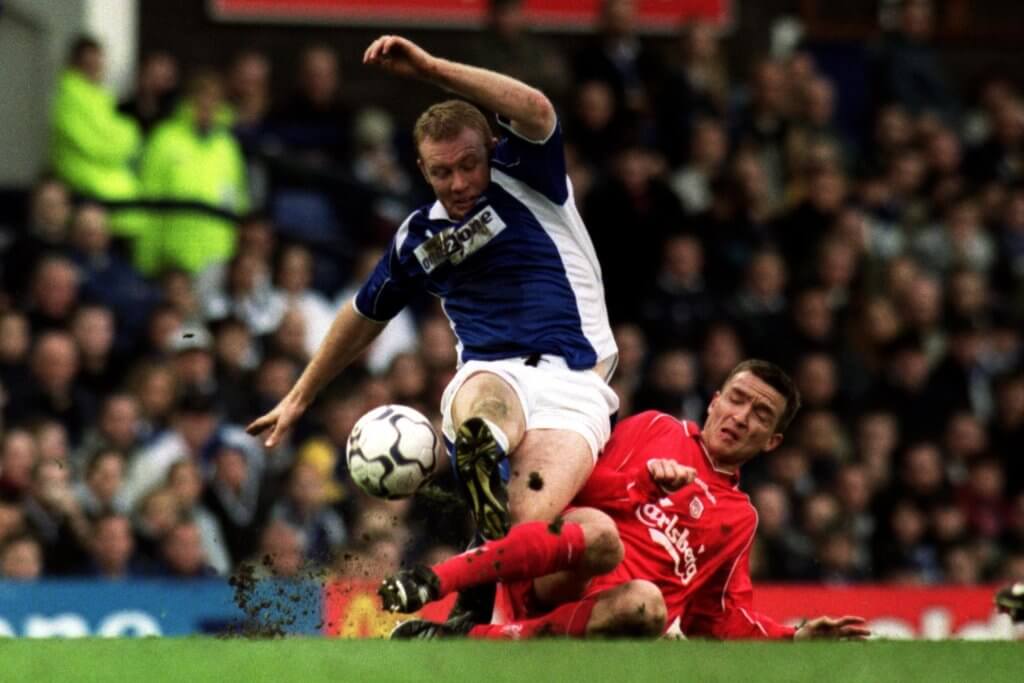 One of the best derbies in the Premier League era took place on Easter Monday 2001, mostly due to the fact that there was so much at stake for both sides.

Liverpool were in the midst of claiming three major trophies whilst attempting to secure a Champions League place while Everton, under Walter Smith, had the more mundane concerns of avoiding relegation.

A tea-time kick-off saw 5 goals, 12 bookings, a sending off of Igor Biscan, and a penalty miss by Robbie Fowler, while Gary McAllister hit a scorching, 35-yard free-kick winner for the Reds well into added time.

Liverpool went on to get their three trophies and a Champions League spot, while Walter Smith saved his job for a while longer by keeping the Toffees up despite this traumatic defeat. 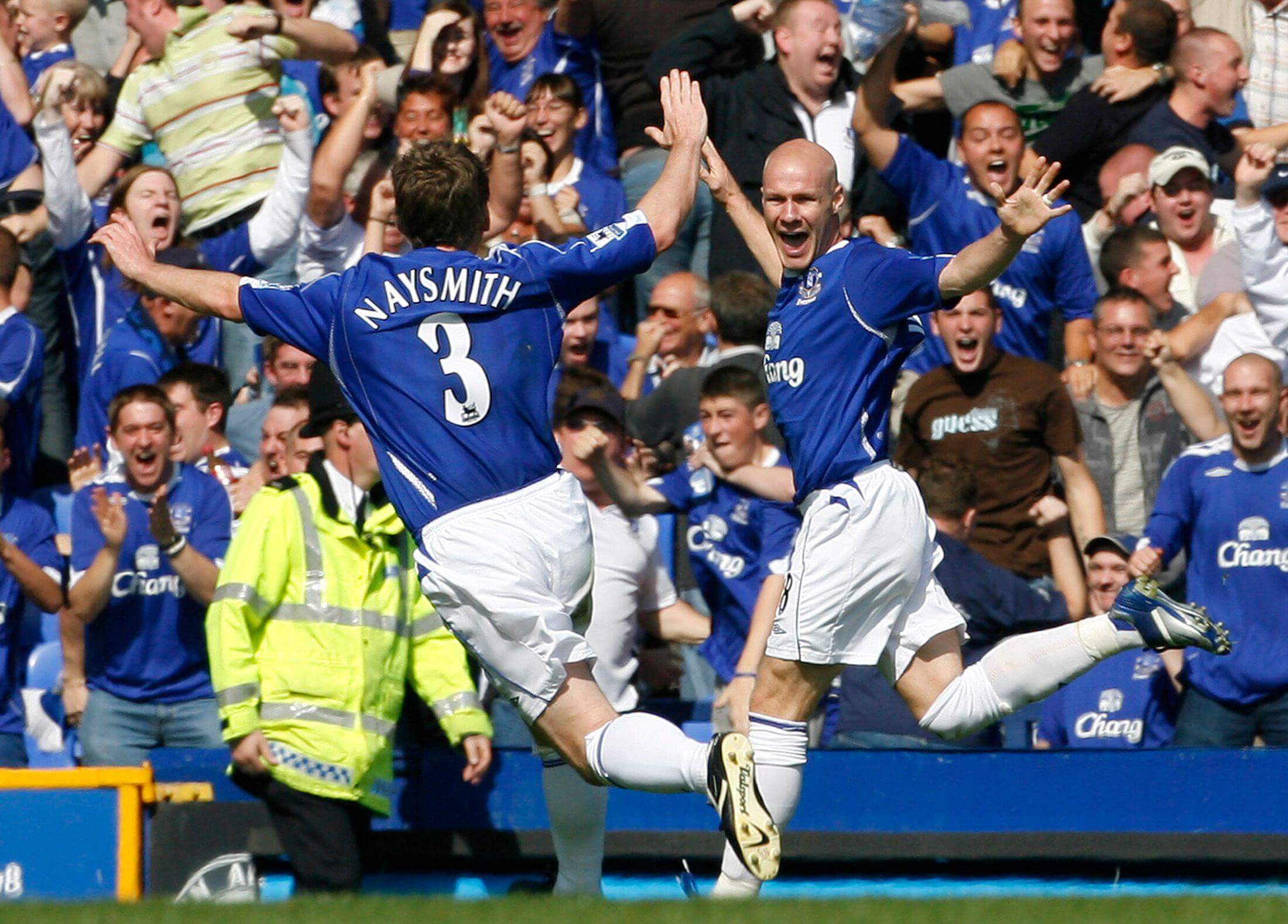 The mid-2000s saw plenty of healthy competition between these two great rivals despite Liverpool claiming the upper hand in terms of trophies won.

A year after Everton had displaced Liverpool from the top-four places, only for the Reds to secure victory in the Champions League final in Istanbul, the teams met at Goodison with all to play for.

Everton had got the season off to a flying start and tore into the Reds defence as Tim Cahill put them ahead on 24 minutes, before Andy Johnson struck a second twelve minutes later.

In the second half, Liverpool came back strongly but Everton stayed firm and Johnson capped a fine personal display with his second goal in the last minute. This was Everton’s biggest win in the fixture for 42 years. 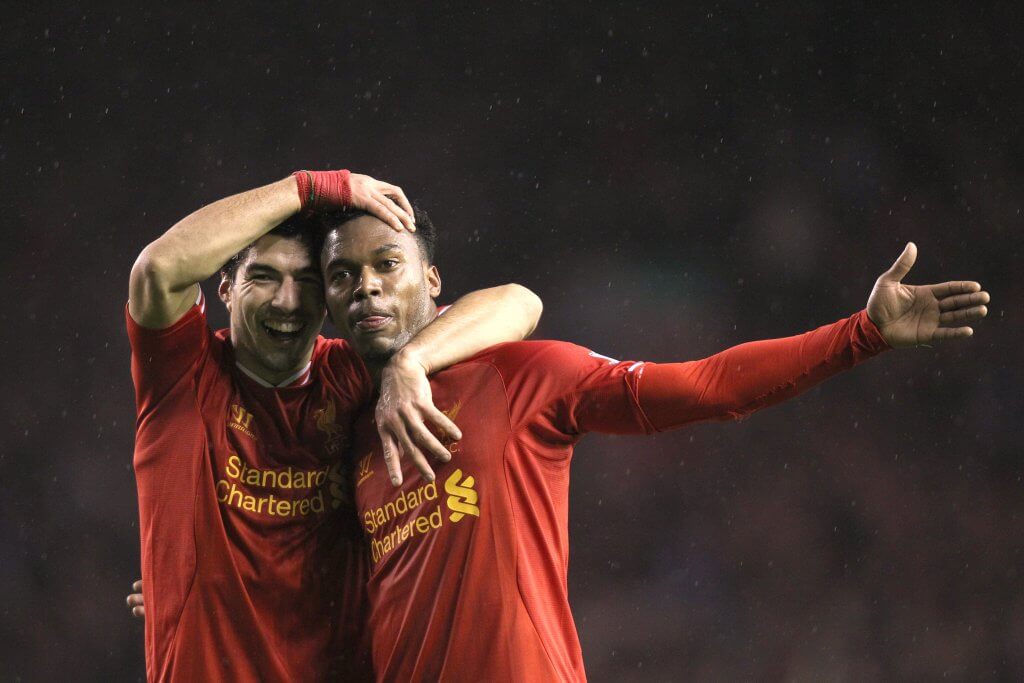 In the finest meeting between these two sides in years, Everton and Liverpool traded blows almost from the first whistle before both took a point come the final whistle.

Philippe Coutinho gave the visitors an early lead but Kevin Mirallas – who should have been sent off for a shocking first-half tackle on Luis Suarez – quickly equalised.

Suarez restored Liverpool’s advantage before half-time but Everton, under the guidance of Roberto Martinez, responded in style in front of a baying Goodison Park crowd.

Romelu Lukaku side-footed home the equaliser before his towering header from Mirallas’s corner put the hosts ahead with eight minutes left, only for substitute Daniel Sturridge to head Steven Gerrard’s free-kick beyond Tim Howard in the dying minutes. 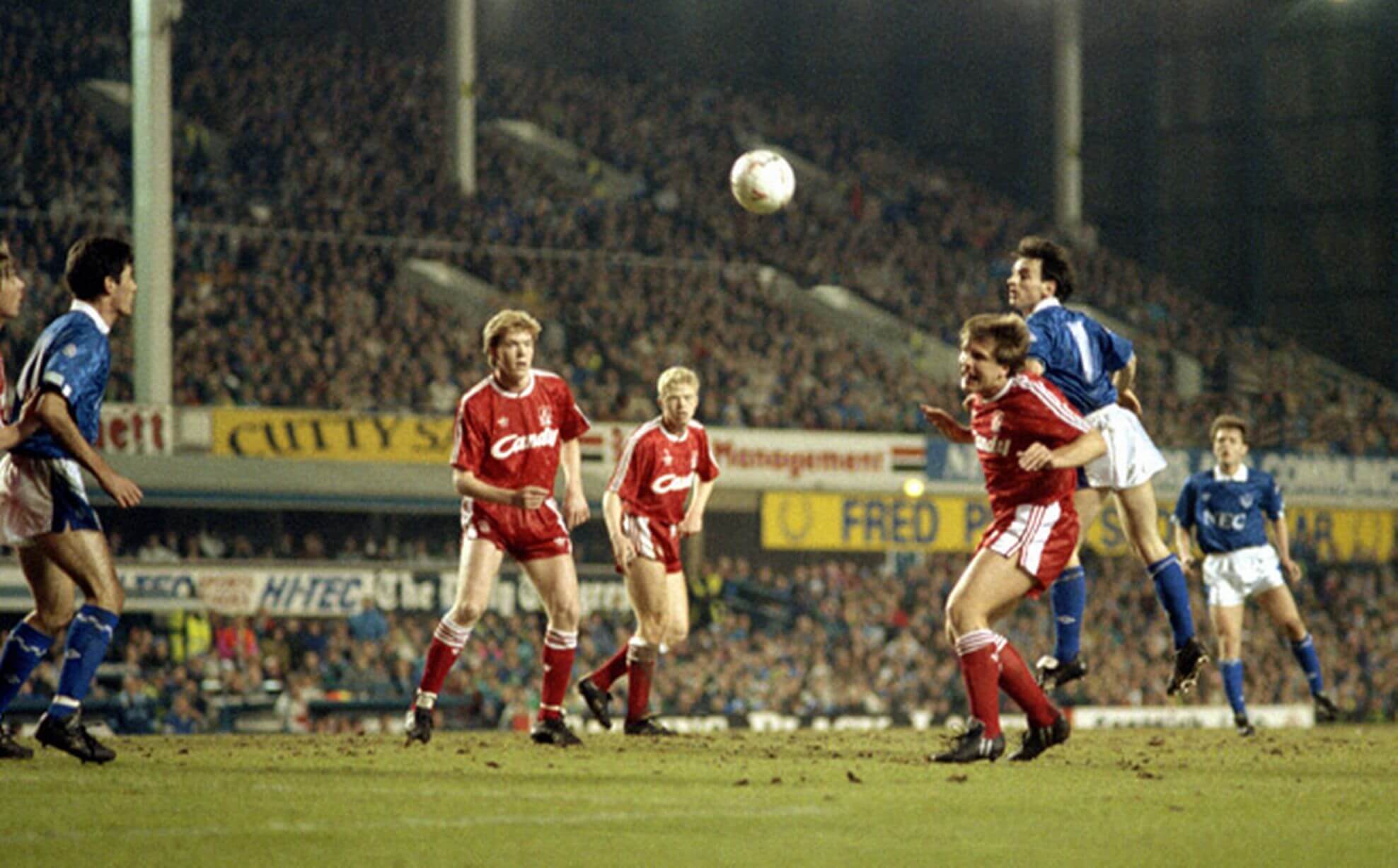 When Everton and Liverpool faced each other in an FA Cup fifth-round replay at Goodison Park on February 20th, 1991, it produced one of the most memorable Merseyside derbies in decades, a game which is still considered one of the greatest derbies ever.