Exeter City: “The fan ownership structure is like a badge of honour.”

“At a time when events away from football are leading to increased scrutiny of who owns our football clubs, City fans are proud to be able to answer, “We do.”” - Dan from Man in the Lion Mask joins us to talk about his beloved Exeter City.

There are just two majority fan-owned clubs remaining in the EFL, but Exeter are proving the model can be successful and could be about to re-affirm that message by securing promotion to League One.

The Grecians have a Club President in Julian Tagg, who was previously a ball-boy at St James Park, and a chairman in Nick Hawker, who is a lifelong supporter alike most other board members.

“The ownership structure is like a badge of honour for Exeter City fans,” says Dan, from fan podcast Man in the Lion Mask.

“At a time when events away from football are leading to increased scrutiny of who owns our football clubs, City fans are proud to be able to answer, “we do.”

“We don’t get the benefits of a rich owner pumping money into our club and our finances have to be managed carefully, but our model is one which feels sustainable and one which at present, is allowing our club to grow.” 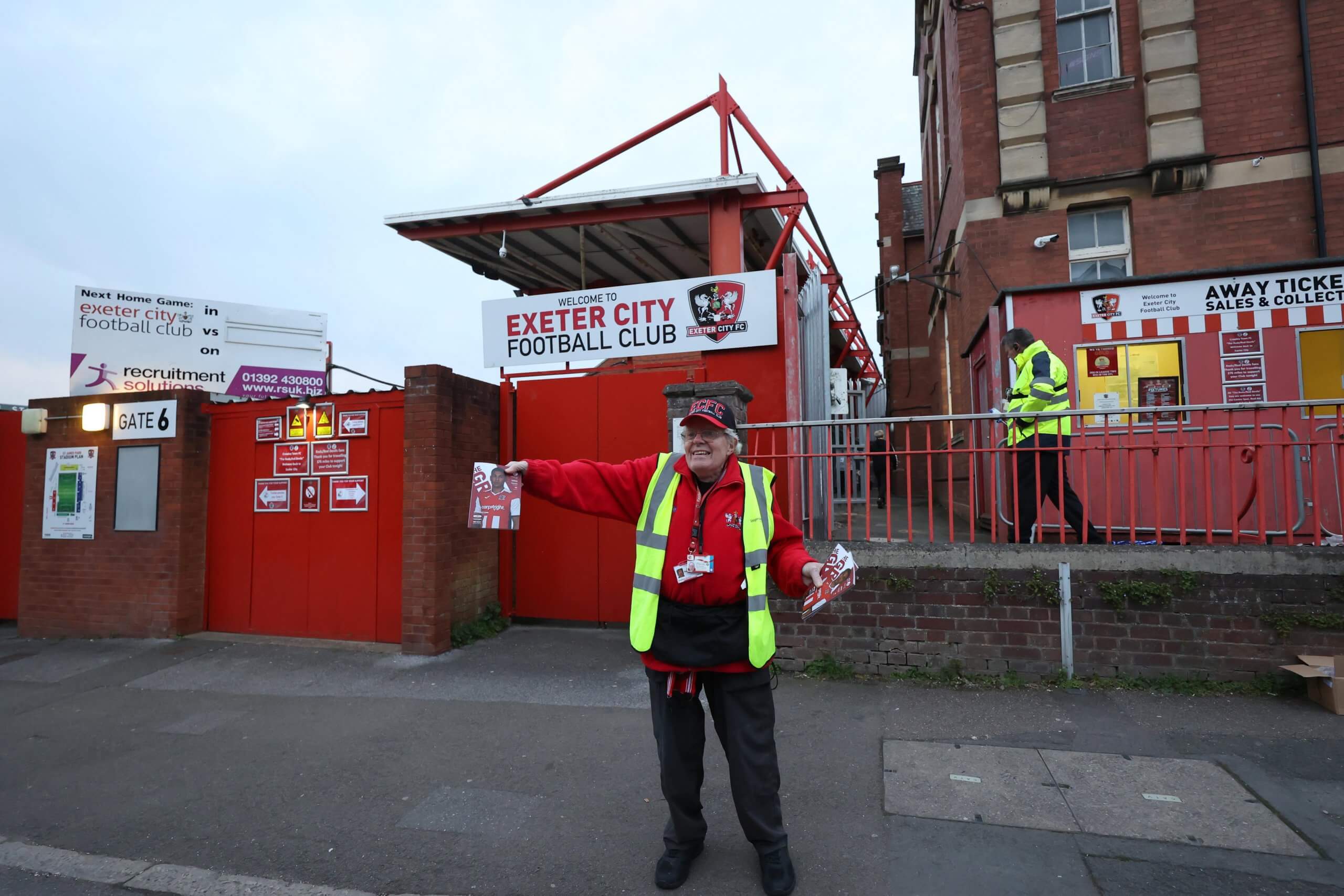 The next stage of that growth would be promotion to League One – a level where the club spent three years up to 2012 – and they are in a strong position to secure their return.

Now in their 10th season in the fourth tier, the Grecians sit five points clear in the automatic promotion race with eight games to play.

“The season so far has certainly had its ups and downs, but this genuinely feels like the strongest position we’ve been in since we were in the hunt for promotion in 2016-17,” says Dan.

“The group of lads we have on the pitch are a really likeable bunch and are as close to the fans as I can ever remember, there’s a really positive feeling around St James’s Park at the moment.”

Getting over the line has been problematic for Exeter in recent years, suffering three play-off final defeats in the last five campaigns, while City have fallen short of the top seven in two of Matt Taylor’s three full seasons as manager to date.

However, Dan feels this season’s side has the mental resilience to deal with the pressure of such high stakes, whereas previous groups have fallen short.

“The group we have in our squad now is a very different one to the ones of play-offs past. 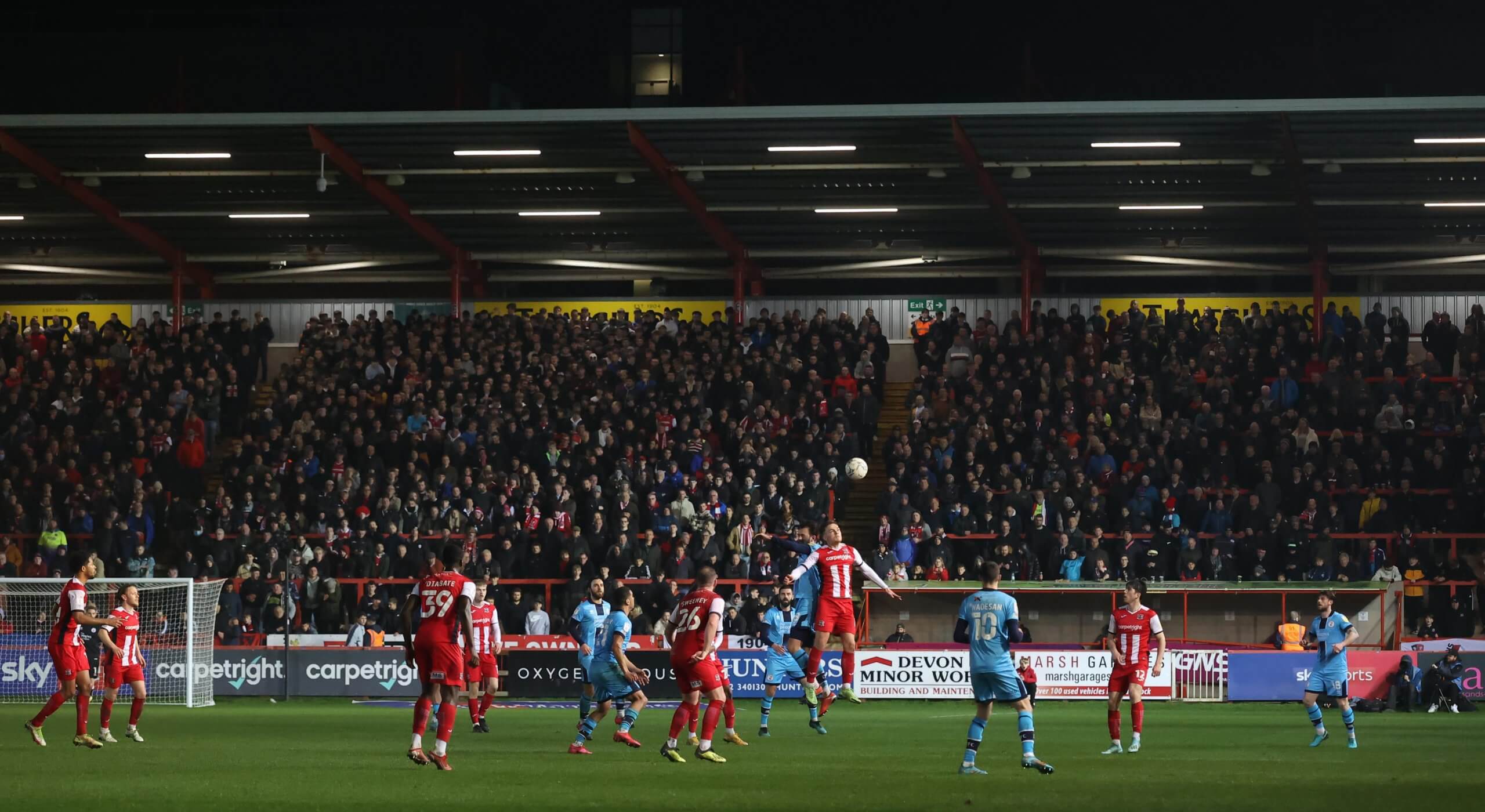 “Just a handful remain from the humiliation against Northampton in 2020 and I believe Matt Jay and Pierce Sweeney are the sole survivors from the heavy defeat to Coventry in 2018 – and even Pierce left us last summer only to return a week later!

“So I don’t think that any of the new lads will have play-off demons to bear.

“On the contrary, we have some really big personalities in this dressing room with players like Sam Nombe and Tim Dieng and also players who have felt they have a point to prove this season like Cam Dawson and Jevani Brown.

“It’s a young group but a tenacious squad too and we don’t seem to be playing like we are looking over our shoulders.”

Dan is keen to attribute that to strong management from Taylor, who was part of the club’s most recent promotion as a player under Paul Tisdale.

“This is the season where Matt Taylor has really come into his own,” he notes.

“Given his comments in the summer, this really felt like it could be a boom or bust season for Taylor, but he’s handled the pressure in a very mature manner and has managed the squad in expert fashion. 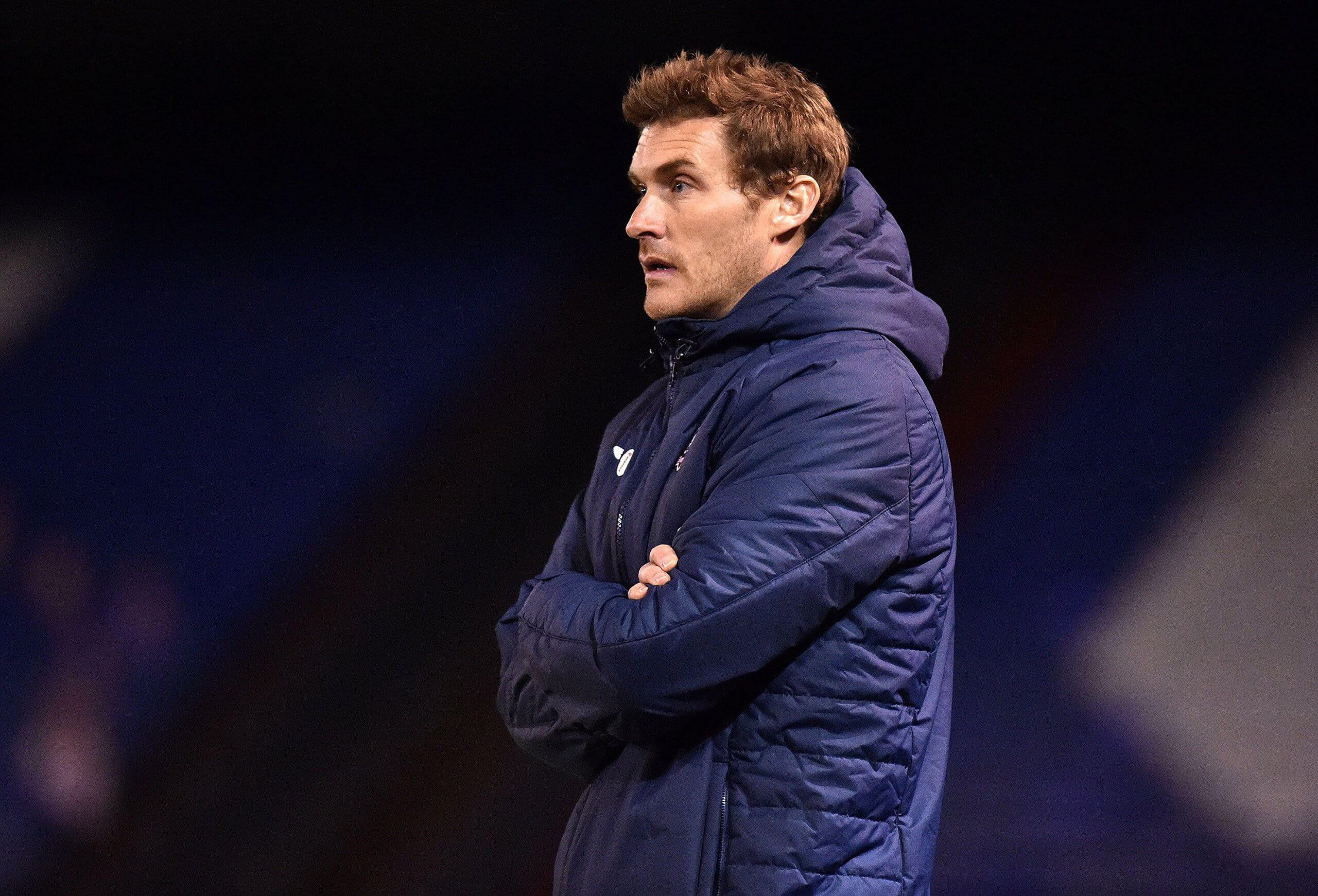 “Tactically, he’s the strongest he’s been since taking the reigns and he’s assembled a squad capable of challenging for promotion whilst creating a really positive atmosphere around the club.

“There’s still plenty for him to learn; I think he’s probably a bit too honest in interviews for his own good, but he’s really made the job his own and it’s great to see him develop as a manager.”

The Grecians have recorded 14 league shut-outs in 2021-22, including nine in their previous 16 outings, and Dan was eager to pay tribute to a transformed defensive structure.

“Everyone thought it was bizarre letting George Ray head to Orient on loan in January, but we really haven’t missed him since.

“Sam Stubbs has returned from injury in spectacular form and Pierce Sweeney has gone from strength to strength since he forced his way back into Matt Taylor’s plans last season.

“Alex Hartridge looks more accomplished as a left centre back by the game and Chieck Diabate is the next academy player that Grecians are really getting excited about.

“If we really are to finally get over the line this season, these four will be playing a massive part in making it happen, our impressive total of clean sheets this year are testament to that.” 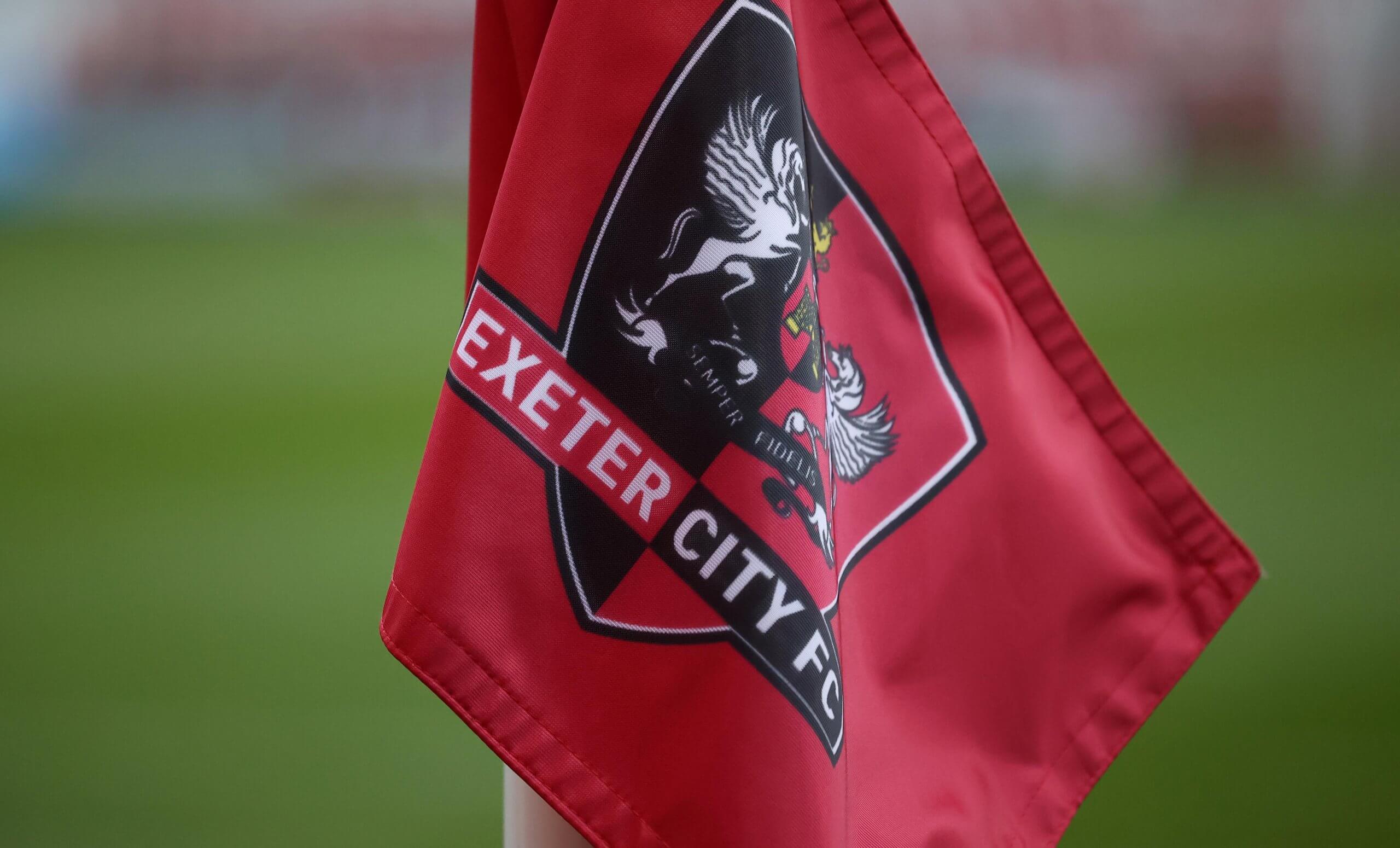 If approximately 78 points is the projected requirement for a top three berth, Taylor’s troops would need around 10 more points between now and the end of the season, having accrued that tally from their previous four games alone.

Dan is hopeful his side can finish the job, even with Nigel Atangana suspended and fellow midfielders Harry Kite and Kyle Taylor injured, along with striker Nombe.

“The injuries and suspensions we are currently carrying are really testing our squad depth and a game in hand can be squandered within 90 minutes, so it always makes me nervous to see lots of fans in League Two tipping us for promotion!

“That said, it feels like we have momentum with us right now and I think any City fan would have snapped your hand off for our current position at this stage of the season last summer. It’ll go down to the wire but I think we might just about do it…”

Regardless of the ultimate outcome, what Exeter supporters have is in some respects more important than League One status: a real sense of connection to their club that is unrivalled throughout an increasingly disenfranchised Football League.