"This was without question the greatest match I have ever watched – but also the most stressful." Looking back on one of the most enthralling games ever as Everton and Liverpool shared eight goals at Goodison Park in 1991.

When Everton and Liverpool faced each other in an FA Cup fifth-round replay at Goodison Park on February 20th, 1991, it produced one of the most memorable Merseyside derbies in decades – a game which is still considered one of the greatest derbies ever.

The two had played their first tie just three days earlier at Anfield as the Red and Blue of Merseyside canceled each other out in a largely forgettable 0-0 draw, but this was to be just the appetiser for the main course which was to follow.

Liverpool, under the guidance of manager Kenny Dalglish, were three points clear at the top of Division One and looked on course to retain the title which they had won comfortably the previous season.

Everton, however, were struggling under Howard Kendall, after a turgid start to the season that had seen them go seven games without a win, though still boasted some top talent in their ranks in the form of Neville Southall, Graeme Sharp and record-signing Tony Cottee.

In front of a crowd of 37, 766, the tie had all the ingredients for a classic encounter under the Goodison Park lights and certainly didn’t disappoint. 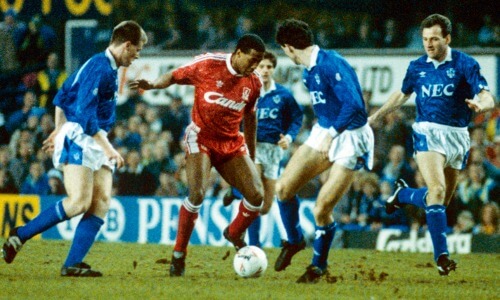 Liverpool took the lead when Ian Rush cut inside and shot past Neville Southall, only for the ball to be acrobatically cleared off the line before falling to Peter Beardsley, who fired the Reds ahead.

But two minutes into the second half and the tie was level when Andy Hinchcliffe crossed from the left and an unmarked Sharp timed his leap perfectly to nod the ball past Grobbelaar.

The momentum shifted with just 20 minutes to go when Beardsley received a short pass and skipped over a challenge, before shimmying away from another blue shirt and firing a superb left-footed shot past Southall.

Just a minute later, and with Liverpool fans still celebrating, a long ball upfield caused chaos as Steve Nicol confused his own ‘keeper Grobbelaar and Sharp prodded the ball into the net.

Just five minutes later and Liverpool were ahead once again when Jan Molby perfectly found Rush for the easiest of headers past a stranded Southall and the Reds appeared to have the game in the bag. 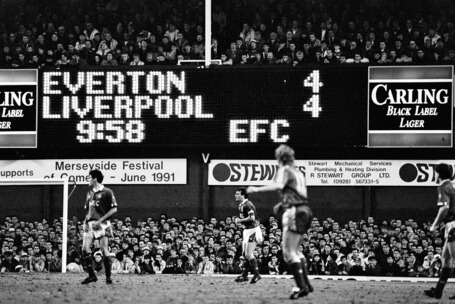 But in the dying seconds, Tony Cottee, who had come on as a late substitiute, pounced on a hopeful flick and with Liverpool’s defenders stood watching, prodded the ball past Grobbelaar with his left foot.

In extra-time, Liverpool made it 4-3 with the goal of the game when John Barnes cut in from the left touchline before curling an effort into the far corner.

All is not lost for Everton though and, thanks to some more calamitous defending on the edge of the Liverpool box, Cottee, once again seized his opportunity and fired the ball under Grobbelaar to make things all square at 4-4 as Goodison Park erupted.

The following week, with Ronnie Moran in caretaker control of Liverpool following the shock resignation of Kenny Dalglish, a Dave Watson strike was enough for Everton to win the second replay back at Goodison 1-0 and finally settle this epic encounter; but what had gone before would be remembered for years to come.

“Merseyside derbies should come with a Government health warning,” wrote the Liverpool ECHO’s Ric George as he opened his report on one of the most enthralling games ever played between the two sides. “This was without question the greatest match I have ever watched – but also the most stressful.” 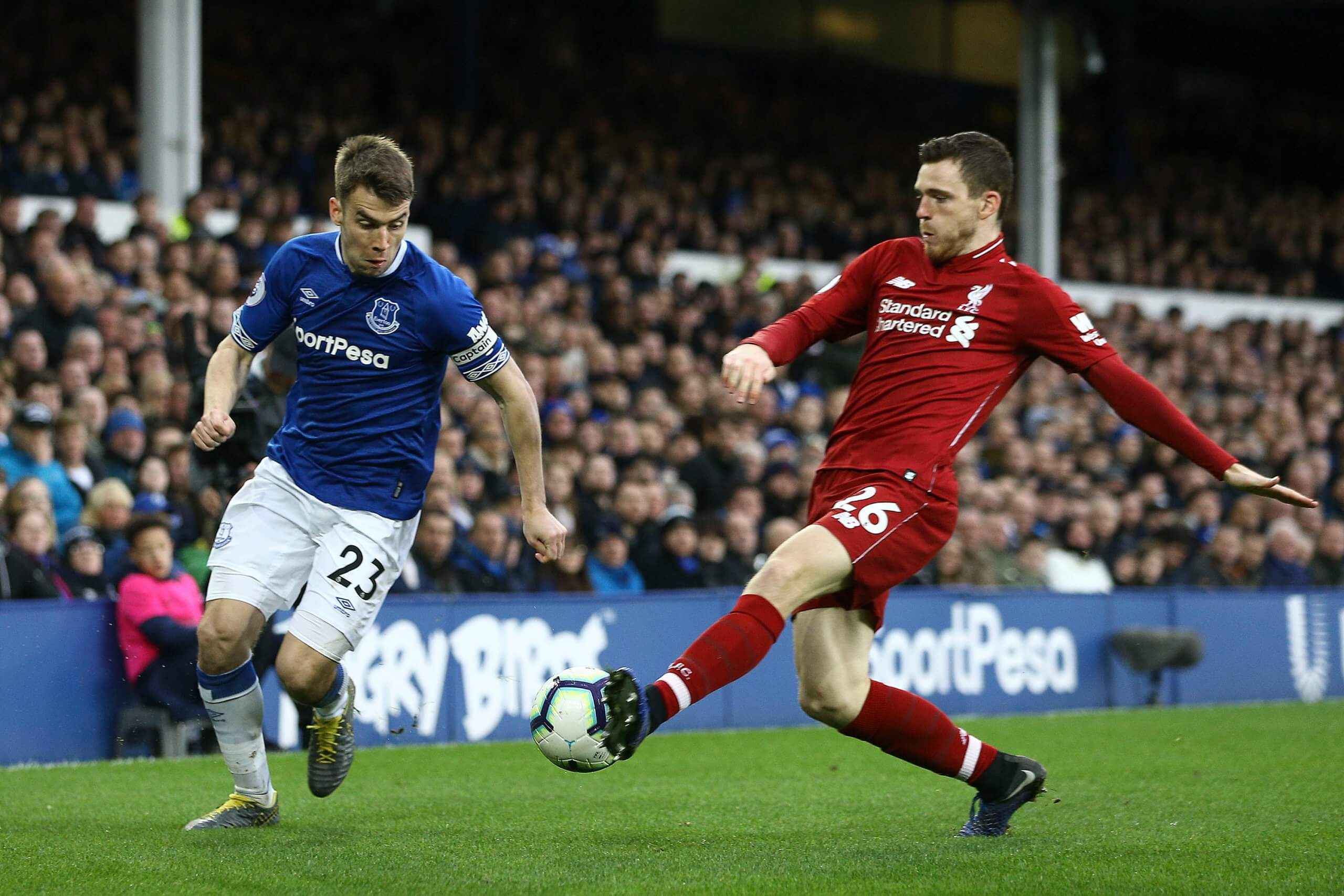 When Everton face Liverpool it divides a city for a day but provides drama, excitement and controversy for decades – we take a look back at just some of the best encounters from years gone by.