Who Will Come Out On Top In The Opening Games Of The Europa League?

As a new campaign of European football begins, we take a look at the group stages of the Europa League with previews and betting tips on the English and Scottish teams competing in the competition.

As European football returns to our screens this week, kick-started by an exciting night of Champions League football on Tuesday, FansBet takes a look at what we have to look forward to in the Europa League this week.

Arsenal have had a shaky start to their new campaign and currently sit in seventh position in the Premier League. After a loss against league leaders Liverpool and two draws against Spurs and Watford, the side will be hoping for success in Europe to help boost the team.

Whilst there is no doubting that the club have great free-flowing attacking talent up front, numerous defensive errors have cost them games, an example being their draw against Watford which saw Unai Emery’s side give up a 2-0 lead thanks to errors in defence.

Despite these defensive woes of late, Arsenal will have to pick themselves up from a frustrating recent run of games, and they will have to do so quickly with an organised, aggressive Frankfurt side waiting in the wings.

Arsenal to Win and BTTS at

Frankfurt have great European experience, and last season after recovering from a disappointing start to their campaign, Adi Hutter’s side embarked on an impressive run of form which saw them reach the semi-final of the Europa League.

However, after losing key players in Luka Jovic and Sebastian Haller, Frankfurt haven’t had the best start to the Bundesliga as they sit in ninth position, but will be hoping that they will be able to exploit Arsenal’s weak spots just as Watford did last weekend.

This will be Arsenal’s toughest test in the group stage, and if they can walk away from the game with a draw at least, taking on Standard Liege and Vitoria Sport Club will be a little easier for the London club. 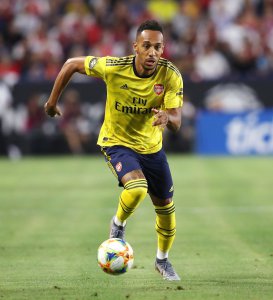 Pierre-Emerick Aubameyang to score first at

This will not be the first time that Rennes and Celtic have met this year, with the two clubs having faced each other in a friendly over the summer which ended in a goalless draw.

Looking over their four previous meetings, Celtic came out on top with two wins and two draws, meaning that the Scottish champions should be going into this game with a positive mind set.

However, Rennes have had an impressive start to the season as they currently sit in second place, just two points behind leaders PSG, who they beat 2-1 back in August. With such a positive start to the league, the side will be looking to build on this with success in Europe, but face a real challenge in Celtic.

The Hoops are currently undefeated in their last six matches, with their last defeat in the preliminary rounds of the Champions League qualifiers against CFE Cluj, who they will face in the group stages of the Europa League.

Despite having a history of struggling on the road in Europe, Celtic’s impressive start to the Scottish Premiership will surely put them in good stead for this fixture, with Neil Lennon surely wanting to capitalise on their opposition’s recent dip in form.

With the likes of Lazio and Cluj also in Group E, both teams will be desperate to get their Europa League campaign off to a great start, and with such great form recently maybe Celtic will be able to make it three wins in total against Rennes on Thursday. 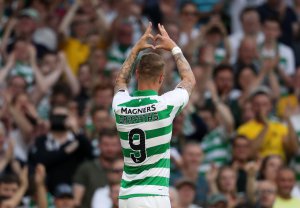 Leigh Griffiths to Score at Anytime at

Manchester United fans will have been sighing in relief as their side took three points from Leicester at Old Trafford over the weekend.

After a shaky start to the season that has left the Reds in sixth position in the Premier League, a win was much needed before Old Gunnar Solskjaer’s men embark on their Europa League journey, that some believe will be the team’s only way back to Champions League football.

However, in order to get to the next stage of the Europa League, the Reds will have to face opposition including champions of the Kazakhstan Premier League, FC Astana.

This along with Astana’s lack of experience against teams from the big leagues mean that they will certainly be viewed as the underdogs in this fixture.

For United, this is a must win game. The team will have gained some confidence after their victory over Leicester and should be going into this game looking for goals and a positive home performance. 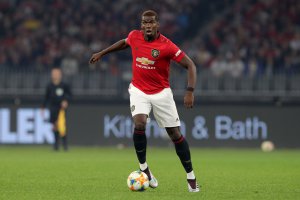 This will be a game many will have one eye on as old club rivals Jaap Stam and Steven Gerrard go head-to-head on Thursday.

Stam’s Feyenoord will have a lot of work to do against Rangers, who have lost just one of their previous 18 games, which came at the hands of rivals Celtic.

It has been a long road for Rangers in Europe, who have already had to get through four qualifying rounds to make the group stages, meaning that the team will want to make a strong impression on their group this week.

It will certainly be a tough test for both teams, with Feyenoord currently undefeated in the league, and despite a rocky start to the league they are finally finding their form under new manager Stam with a four-game winning streak.

With trips to Young Boys and Porto on the horizon, Rangers need to make the most of this home tie and learn from last season’s errors. Gerrard’s side were only able to pick up one point on the road in their last European campaign, meaning that getting three points at home this week could prove to be vital for progression to the next stage of the competition. 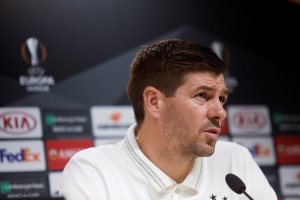 Wolverhampton Wanderers head into the Europa League in a difficult position, having failed to win any of their opening five Premier League games this season.

However, opposition Braga have been in a similar boat, with just one win from five, leaving them in 16th place in the Premeira League in Portugal.

With Wolves currently sitting in the relegation zone, many have questioned if their quest in Europe has hindered their Premier League form.

The West Midlands side are in a difficult predicament, with the team wanting to emulate their 7th place finish in the league last season, however with pressure from the club’s owners to perform in Europe the Europa League will probably be Nuno Espirito Santo’s focus, for now.

Wolves will need to bounce back from conceding a total of eight goals in their last two Premier League fixtures if they have any chance of defeating Braga on Thursday.

The Portuguese team will be a difficult team to face, with Braga having quality amongst their ranks and like Wolves, have a great record in Europe.

It will certainly be a close call, with both teams in very similar situations, meaning that we could be for an exciting battle as both teams try to preserve their European records. 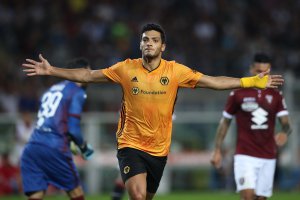