"I just hit it and luckily for me it went in, unlucky for Clem! The boys were saying, 'Go on, mention the goal,' but I thought a cannae do that, not on my first day anyway..."

As Scotland make their first appearance at a major tournament for 23-years, FansBet Ambassador Sir Kenny Dalglish looks back at an illustrious international career.

Dalglish represented his nation no fewer than 102 times, scoring 30 goals, a feat only matched by the great Denis Law, and also played at three successive World Cups between 1974 and 1982.

And the country’s joint-top scorer enjoyed plenty of great moments representing Scotland, from bagging the winner in front of his dad at Hampden Park, to scoring against his old mate Ray Clemmence in a famous win at Wembley.

Dalglish made his Scotland debut as a substitute in the 1–0 Euro 1972 qualifier victory over Belgium on 10 November 1971 at Pittodrie and scored his first goal for Scotland a year later on 15 November 1972 in the 2–0 World Cup qualifier win over Denmark at Hampden Park.

“For me as a wee boy growing up it was a dream come true,” he exclusively tells FansBet when recalling his first appearance for Scotland. “To represent your country is something really special.”

One of Dalglish’s most famous strikes for Scotland came in 1976, when he scored the winning goal at Hampden Park against England, by slipping the ball under his future Liverpool teammate Ray Clemence – something he was reluctant to mention when he arrived at Anfield from Celtic the following summer.

“I just hit it and luckily for me it went in, unlucky for Clem!” Sir Kenny explains. “The boys were saying, ‘Go on, mention the goal,’ but I thought a cannae do that, not on my first day anyway.”

A year later Dalglish scored against the same opponents and goalkeeper at Wembley, in another 2–1 win. “I don’t have any preference to who was in goal,” Dalglish jokes. “As long as it went in!” 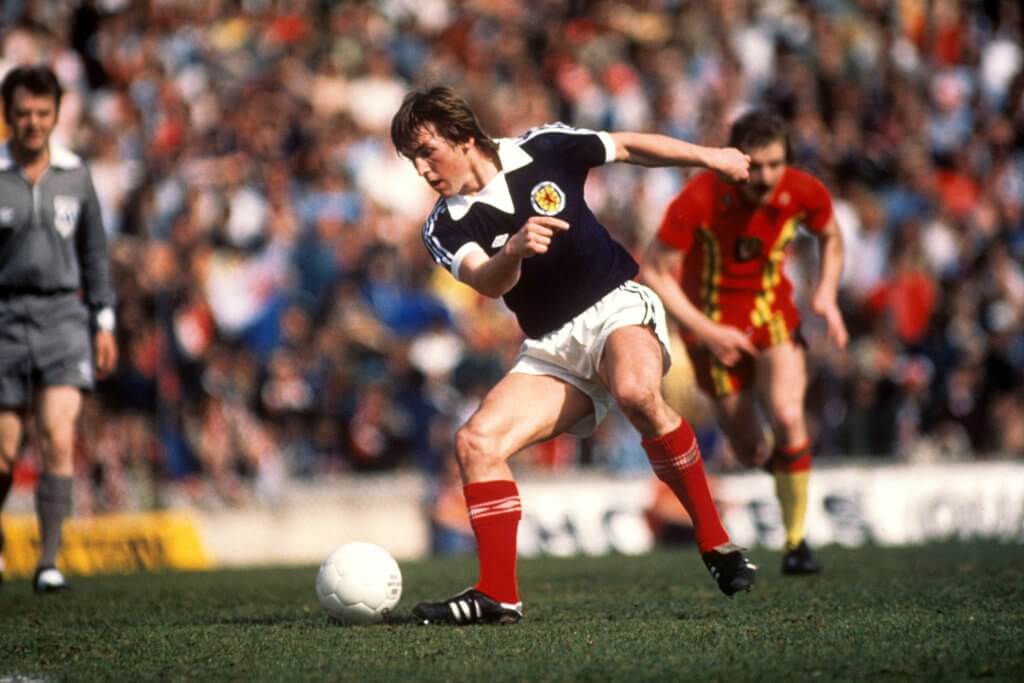 Talking about his pride at playing for his country, Sir Kenny explains just what it means to turn-out in front of a full house at Hampden Park, despite the excitement that a trip to Wembley would bring.

“The Scottish fans used to save up as soon as the game finished for Wembley in two-years time,” he says.

“But if you’re Scottish you’ve got to take Hampden. I remember scoring in a qualifier against Spain, we won 3-1, I scored the goal and as I turned to celebrate my dad was sitting in the front row of the stand.