England’s youngsters wrote their name into the history books in 2017, winning the country’s first World Cup since 1966, so Daniel Horton asks: whatever happened to the likely lads?

Just under two and a half years ago, England’s youngsters wrote their name into the history book and won the country’s first World Cup at any age group, since 1966.

But what has happened to this brilliant crop of players since? Have any of them gone on to big things? (Hint: they have!) Or has it not led to the success that many of the players thought it might?

Daniel Horton takes a look at the players who played a part in the final, to see what has become of them.

Anderson played an integral part in getting England to the final as he saved and converted a penalty against Japan, in the round of 16, to take the U17s through to the quarter-final.

A year and a half after lifting the World Cup trophy, the goalkeeper left Manchester City to join USL Championship side Charlotte Independence.

He made a handful of appearances for the North Carolina outfit but mutually agreed to terminate his contract in the summer of 2019. He has been training with the likes of Blackburn and Charlton since that point, but remains without a club. 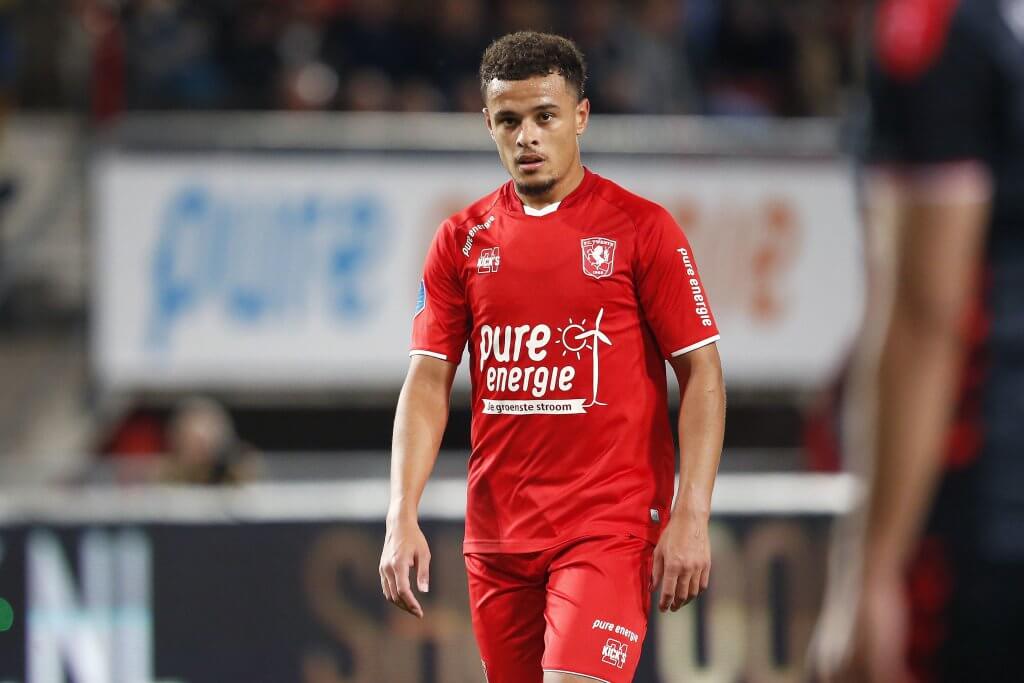 The Man City centre-back has struggled to make an impression at the Etihad since winning the U17 World Cup in 2017. He has worked his way through their youth system and this season he was sent out on loan to FC Twente in the Eredivisie.

The 20-year-old has found his chances at FC Twente limited though, making just 5 appearances in his more unfamiliar position of right-back. I’m sure he’ll be hoping for more first-team opportunities elsewhere next season.

The young right-back, the twin brother of Tottenham’s Ryan Sessegnon, has worked his way through the Fulham youth teams and is now a regular member of their first-team squad.

He had made a good start to this season, starting almost every game in August and September. However, since being replaced at half-time in a 2-2 draw against Charlton, Sessegnon has found his chances limited, due to injuries and Scott Parker’s preference of both Denis Odoi and Cyrus Christie.

Currently on loan at Swansea City, in the Championship, Guehi had become captain of Chelsea’s U23 side before moving to South Wales, on loan, in the January transfer window. The 19-year-old centre-back had started 5 consecutive games for Swansea, in January and February, but since a 4-4 draw against the declining Hull City, the Chelsea loanee has not featured in the squad.

Since winning the U17 World Cup, Panzo has played his football all over Europe. The 19 year-old CB/LB had graduated to Chelsea’s U18 side, before Ligue 1’s Monaco swooped in to bring the defender to France.

Despite regularly being in the squad and playing some games for the first team at the start of this season, Monaco loaned Panzo out to Cercle Brugge in Belgium. Since arriving in the recently cancelled Jupiler Pro League, the young defender has enjoyed an abundance of first team action, impressing at left-back despite the club struggling towards the bottom of the table. 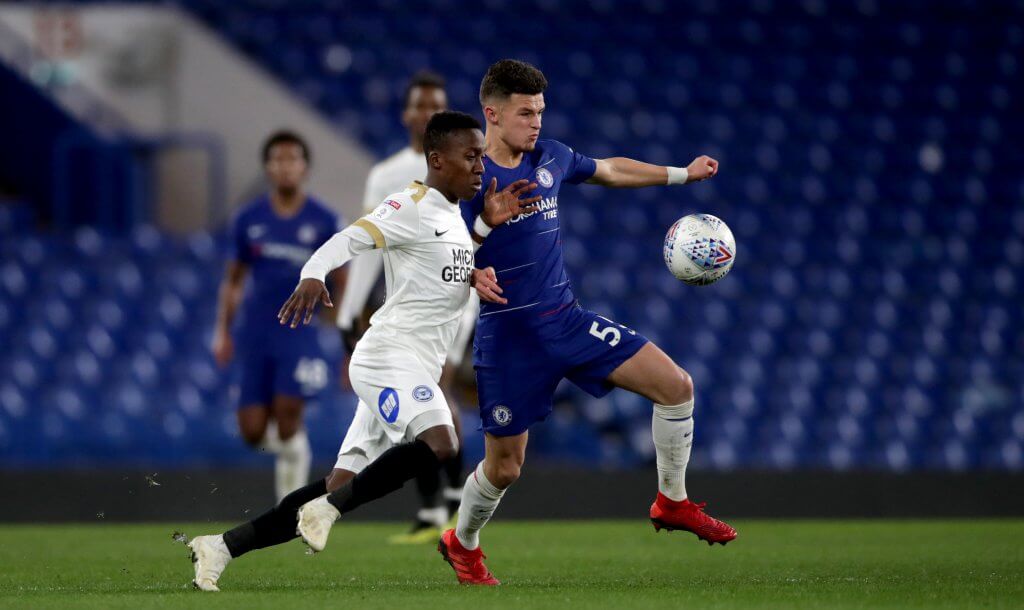 The younger brother of Birmingham City’s Josh McEachran has been an ever-present for Chelsea’s U23 side, since winning the U17 World Cup with England. He was loaned out to SC Cambuur, in the second tier of Dutch football in January this year, but has found his first team chances limited, playing only twice and coming on as a substitute both times.

Most of Oakley-Boothe’s opportunities have come for Tottenham’s U23s,  where he has been a regular in the Premier League 2, the UEFA Youth League and the EFL Trophy. In the January transfer window, the young midfielder was sent out on loan to Stoke City in the Championship. Since being in the midlands though, he has failed to make much of an impact, appearing only once as a substitute in Stoke’s 5-1 demolition of Hull City, in which he came on at half-time and managed to get an assist.

Arguably the most talented youngster (alongside Jadon Sancho) at England’s disposal, Phil Foden has been in and around the Man City first team for a number of years. He was instrumental in the U17s success, winning the competition’s Golden Ball award for his scintillating performances.

Since that success he has made many first team appearances in the Premier League, Champions League, FA Cup and League Cup – including a man of the match performance in the 2020 League Cup final win against Aston Villa. Many people believe that he should have been more involved in the first team though and should have started more games, due to his undoubted talent.

Both Pep Guardiola and Messi are amongst the many people who have heaped praise upon Foden and he is now being tipped for a full England cap. What a brilliant player he is going to be! 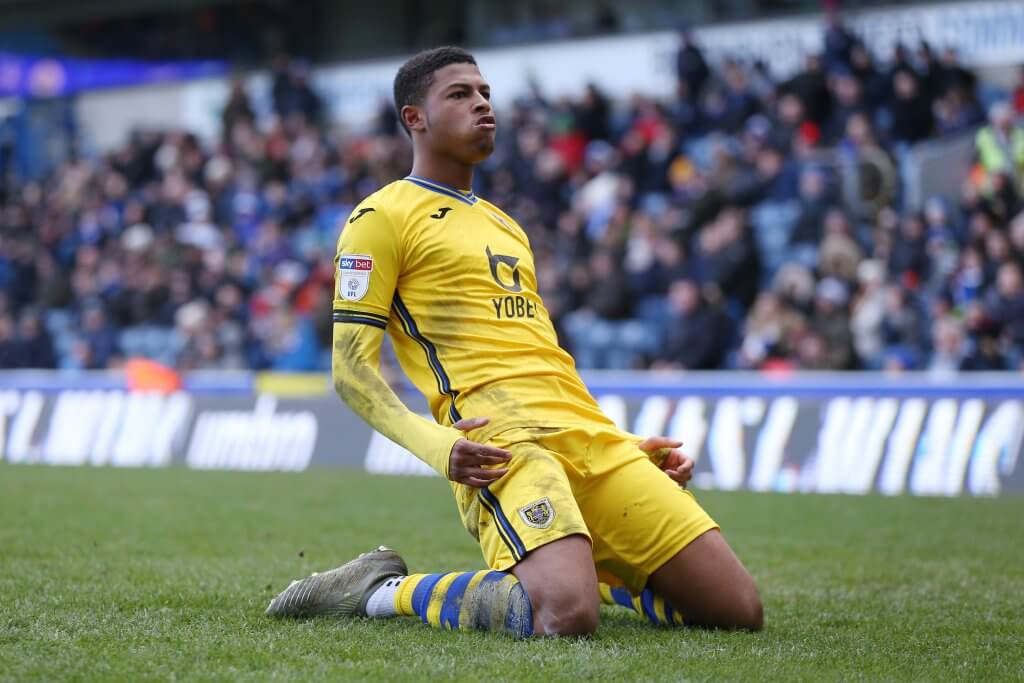 Rhian Brewster was vital to England U17’s World Cup win, receiving the Golden Boot as the competition’s top scorer, with 8 goals. This included hat-tricks against the USA and Brazil, in the quarter-finals and semi-finals respectively, and England’s first goal in the final, starting the turnaround which saw England end up as 5-2 winners.

The young striker is currently on loan at Swansea City, alongside compatriot Marc Guehi, and has been integral to the side since moving in January. He has played 11 games and scored 4 goals, impressing with his finishing ability and striking instincts. He will have a decision to make when this season is over though.

Does he stay at Liverpool and fight for a place ahead of Firmino and Origi, does he go out on loan again or does he go elsewhere permanently, with the likes of Leeds said to be interested? There will be tough decisions to make, that’s for sure.

The versatile young midfielder has had plenty of first team action since the World Cup success. Gibbs-White has played for Wolves in the Championship, FA Cup, EFL Cup and Europa League, as well as being an ever-present in the squad/team during the side’s first season back in the Premier League.

This season though, his playing time has been limited to just a few substitute appearances, regularly staying on the bench or not being included in the squad at all.

Hudson-Odoi began to play for Chelsea’s first team during the winter months of the 17-18 Premier League season but his playing time increased during the 18-19 season and beyond. He has played in the EFL Cup and Champions League, and has an FA Cup and a Europa League trophy to his name.

Despite injury massively disrupting the start and end to this season, Hudson-Odoi has been used whenever he has been available, with several assists and a goal to his name. As well as all of this, he is the second member of this winning squad to graduate to the senior national team, with 3 caps to his name. The 19 year-old is certain to have a bright future. 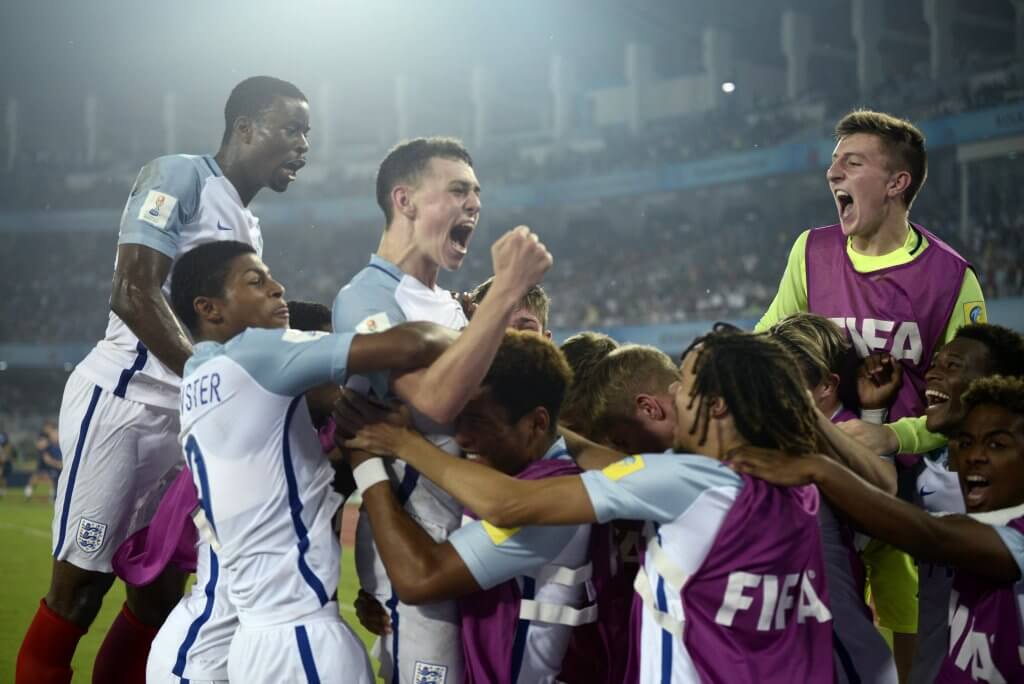 Kirby was the first English sub made in the final, playing the last 10 minutes of the game, plus stoppage time. The Crystal Palace midfielder was on loan at Blackpool last season, moving in the January transfer window 2019.

He got a considerable amount of game time in League One, helping the club to a 10th placed finish, with 1 goal and 3 assists.

England’s second sub on the night, Conor Gallacher was on the pitch for the last 5 minutes, plus stoppage time. On loan from Chelsea, the young midfielder has had a vast amount of game time in the Championship this year for both Charlton and Swansea.

He has been in scintillating form as well, with 6 goals and 9 assists in the division.

Gomes was England’s final sub, playing the final 3 minutes of stoppage time, and that’s pretty much what his chances at Man Utd have been limited to.

Whilst he is undoubtedly a talented footballer, United manager Ole Gunnar Solskjaer clearly hasn’t fancied Gomes, with the youngster being limited to just two late substitute appearances in the Premier League this season.

He is out of contract in the summer and, having rejected several contract extension offers, several big clubs have been alerted

Arguably the most recognisable and talented member of the U17 World Cup winning squad, Sancho was called back by his club team, Borussia Dortmund who had paid £10 million for him in August.

Despite playing in every group stage game, and scoring three goals in the process, Sancho was unable to play any further part in the tournament and had to return to Germany, therefore missing the knockout rounds and the final.

Since that tournament, the recently turned 20 year-old has become an integral first team player for the Bundesliga side, starring alongside the likes of Erling Braut Haaland and Marco Reus.  He is one of the most sought after players in world football and has represented England’s senior national team 11 times, scoring 2 goals.