England will be looking to secure their second consecutive World Cup semi-final appearance when they take on Norway on Thursday night.

It’s been a flawless World Cup so far for England and manager Phil Neville will hope that continues when they face Norway in the quarter-finals in Le Havre on Thursday night, but they could be rocked by an injury to influential captain Steph Houghton.

By winning all three of their group games and a 3-0 victory in their eventful second round match against Cameroon, with goals courtesy of Steph Houghton, Ellen White and Alex Greenwood,  England boast a 100% record in the tournament so far.

And their defensive rigidity has given them something of a platform, something which has seen them concede only one goal in their four matches in the tournament so far as England look to lift the World Cup for the first time ever.

But Houghton suffered a blow to the ankle following a late challenge from Alexandra Engolo in England’s 3-0 win over Cameroon on Sunday and didn’t train with the rest of the England squad on Tuesday while Phil Neville admits the Manchester City defender is unlikely to feature against Norway.

“Steph is a doubt. She was in a lot of pain after the game,” Neville told FIFA. “She didn’t do the press conference. It was a bad tackle, and she won’t be training today.” 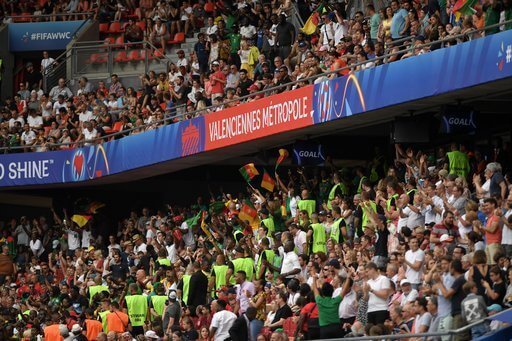 England will be hoping there is no repeat of the controversy which marred their win over Cameroon last Sunday as their opponents fiercely protesting two VAR decisions against them.

Having taken the lead through Houghton, Ellen White doubled England’s lead on the stroke of half time, a goal which was initially ruled out before VAR proved she was onside, causing Cameroon to react furiously, temporarily refusing to re-start play.

There was further anger when VAR correctly ruled out an effort from Cameroon’s Ajara Nchout at the start of the second half before Alex Greenwood scored a third from a well worked corner to make the game safe.

England will be up against a more familiar foes when they face their Norwegian opponents on Thursday evening as two of their players, Maren Mjelde and Maria Thorisdottir, currently play in the FA Women’s Super League with Chelsea.

And while the Lionesses have breezed through the tournament to date the Scandinavian’s had to overcome Australia on penalties, after a second-place finish in the group stages where their only defeat came at the hands of tournament hosts France.

The two sides have met once before in the World Cup, when England came out on top in 2015, winning 2-1 in the round of 16 but know they will up against strong opponents and won’t be taking anything for granted as they look to progress to the semi-final stage as they did four years ago before eventually falling to tournament winners Japan.