The EFL: What next for Leagues One and Two?

It's now widely regarded that resumption of the season in England's lower two divisions is almost impossible, which could be bad news for the likes of Tranmere Rovers and Stevenage.

While the Premier League continues to explore every opportunity when it comes to completing the 2019/20 season, the general consensus is that League One and Two will be scrapped in the coming weeks.

An EFL Board meeting on Wednesday will be followed by a meeting of all Championship clubs – then another involving the 47 clubs from the bottom two leagues, with options becoming more-and-more limited as the days and weeks pass.

But despite all the good intentions, it is now widely regarded that resumption of the season in England’s lower two divisions is all but impossible.

Premier League clubs have apparently agreed to spend a combined £4m on Covid-19 testing alone in order to get the season restarted with huge television contacts on the line with more than 90 top-flight games still to be played.

For the clubs at the lower end of the pyramid, however, many of whom have placed their playing staff on furlough with continuing uncertainty over their availability in July with around 1,500 reportedly out of contract on June 30th, this simply isn’t an option.

In truth, while Premier League clubs know that playing their games will result in millions when it comes to broadcasting rights; but with no paying punters allowed into stadiums for the foreseeable future, it would actually cost League One and Two clubs money to stage games.

What are the options? 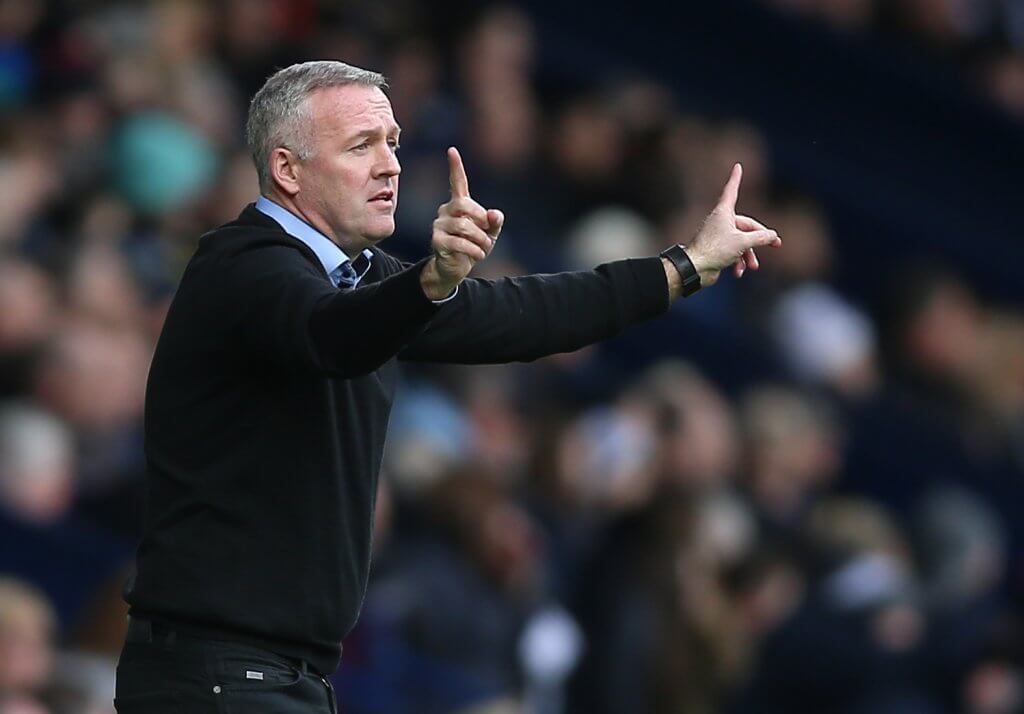 The EFL could and probably will follow the National League’s example and ask the clubs to vote on whether they wish to end the season first and deal with the consequences later.

It could also ask clubs for their preferred method of deciding league position too with options including; voiding the season completely, finishing the league as it stands, using a points-per-game (PPG) average, or even using a weighted points-per-game average, taking into account the number of home and away games each club has played.

Declaring the season ‘null and void’ has reportedly been rejected out of hand as clubs believe this method is unfair on teams who have worked their way into promotion places through sheer hard work.

The weighted PPG system seems to have gained some support recently with The Athletic reporting, “The rationale for this idea is a non-weighted PPG calculation does not take into account the fact that some teams have four home games left, while others have six.

“This season across the Football League, the home team has won 46 percent of the time, with away teams winning only 26 percent of the games. Over the last six EFL seasons, the average PPG at home is 1.55, compared to 1.19 away.”

The PPG for each club is worked out by dividing the total points by the number of games played and then multiplied by the total number of games that should be played this season- the expected totals for home and away are then combined to give a total.

Taking Liverpool as an example, at home they’ve played 15 games and average 3 points per game. They’d get to 57pts at Anfield after 19 games while their away average is 2.643 and would be 50.21 points after 19 matches. Added together, that’s 107.

How would it stand? 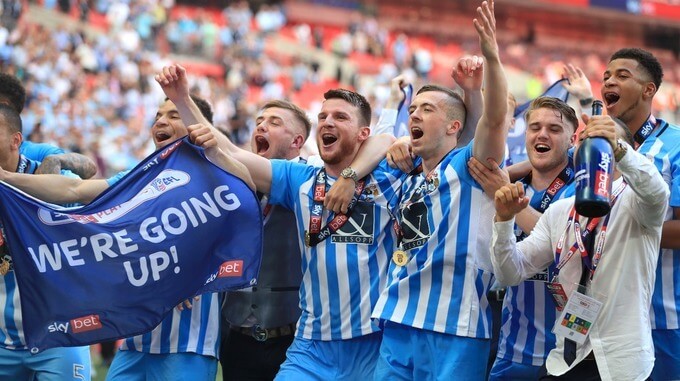 Using the weighted PPG model, the current top three in League One would remain unchanged, meaning Coventry City would be promoted as champions with Rotherham United and Oxford United joining them in the Championship next season.

To make things even more simple, the current bottom three would also stay the same, with Tranmere Rovers, Southend United and Bolton Wanderers all being relegated to League Two; based on the points generated with the fixtures that have already been played and those to come.

Replacing them in tier-three would be Swindon Town, who would leapfrog Crewe into first place, with Plymouth Argyle remaining in third, but Cheltenham Town climbing over Exeter City to claim the final promotion spot in a dramatic twist.

At the foot of English football’s lowest league, Stevenage would stay bottom of the table based on PPG, despite Macclesfield receiving a seven-point reduction on Thursday for failing to fulfill a fixture or pay their players on time, meaning they would drop into the National League.

Meanwhile, Barrow, nervously sit and wait to find out if they are to return to the Football League having last been in the big time almost 50 years ago.

Who wins and who loses? 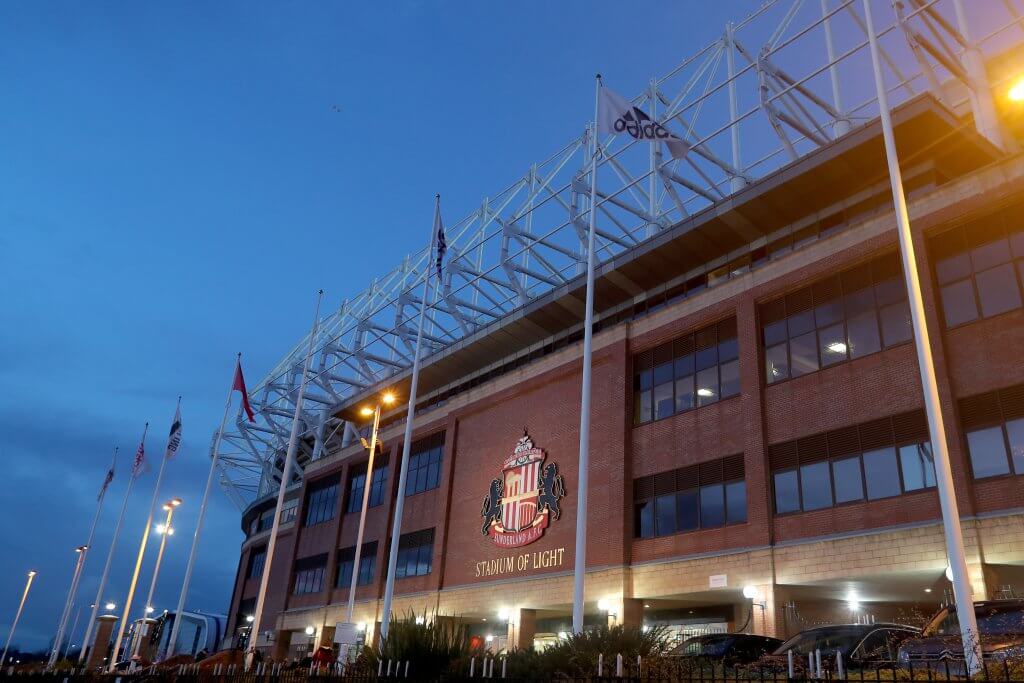 Two teams sure to miss out would be Sunderland and Ipswich, currently seventh and 10th in League One respectively when the season was halted and no doubt eyeing a possible trip to Wembley with a few good results.

For The Black Cats, it will mean a third successive season in English football’s third-tier while the “Tractor Boys” would extend their stay for a second year, the first time that will have happened since 1957.

For Bolton Wanderers, one of English football’s most famous names, relegation would mean be the first time they have played in the fourth tier of English football since 1987-88, ensuring local derbies against Salford City and Oldham Athletic, rather than their near and slightly better off neighbours in Manchester.

If the PPG system were to be adopted than Wycombe Wanderers have most to gain as they would move from eighth to third and be heading for the Championship for the first time in their history, despite a miserable run which had seen them all but throw away an automatic promotion place.

Needless to say, like everything else right now, none of this is set in stone and whatever system is used, we can all look forward to claim and counterclaim as chairman and owners fight for the best interests of the clubs they represent.

Something which was illustrated when Peterborough owner Darragh MacAnthony promised a: “legal battle of epic proportions,” if a decision was taken to the detriment of his club, who had won seven of their past nine games before the league was stopped, with Posh three points off a top-two slot.