FansBet takes a look at some of this evening's games in the EFL Cup.

Yeovil only just survived relegation from League Two and on the early evidence of the new season they’ve shown little improvement. They sold star player Otis Khan this summer and opened their season with one point from two games, and even then they were fortunate to walk away with anything when hosting Mansfield last time out. Including the back end of last season, the Glovers have now lost five of seven winless games on home turf, and with survival the aim once more the EFL Cup is not their first priority.

Meanwhile, Villa have won both their opening league matches, netting three times against both Hull and Wigan, while each of these strikes have come from different players. That showcases a certain degree of strength in depth up front, which should prove useful here with some rotation from Steve Bruce inevitable. Given seven of Villa’s 11 away wins in the league since the start of last term have been by at least two goals, while Steve Bruce has won six out of nine road trips against bottom-four sides in the Championship since taking charge – all by a margin of at least two goals – the comparatively weaker Yeovil should prove little obstacle for one of the Championship’s stronger squads. 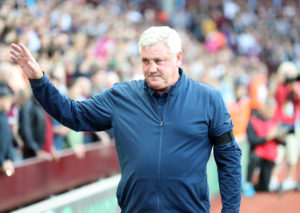 Aston Villa manager Steve Bruce will be looking for a win against Yeovil.

These two will enter this contest in high spirits after excellent starts to the season, with the visitors taking four points from difficult ties with West Brom and Bristol City, while Leeds have been scintillating going forwards as they’ve thumped much-fancied pair Stoke and Derby by a combined score of 7-2. However, the inability to keep a clean sheet in either game now means they’ve just the solitary shut out in 14 outings, and with Bolton netting twice in both games to date – utilising set pieces to great effect – both teams to score appears a sensible way to go. Indeed, that’s occurred in each of the last six head to head encounters between these two sides since the start of 2015, with each of the last four seeing at least three goals. 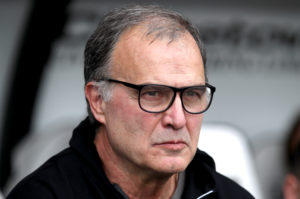 Another all-Championship clash takes place at the Madejski, but both sides will probably have preferred lower league opposition to kick start their seasons. Reading have however endured a tough beginning having faced both Lampard’s Derby and big spenders Nottingham Forest, and though the lack of penetration going forwards will concern Paul Clement, his side were unfortunate to lose to a last gasp goal against the Rams and at least showcased some defensive resolve.

Only hapless Bolton accumulated fewer points on their travels than Birmingham last term and the visitors’ defeat to Middlesbrough now leaves them with a dreadful record of eight defeats from their last nine away. However, Reading have hardly been strong performers at home and indeed only Burton and Sunderland collected fewer points based on just home results last term, and so we’d avoid the match outcome in favour of the goals market. Neither side have looked strong in front of goal to date and could well rest their best attackers with their priorities lying in the league, while each of the last five meetings between these two since 2016 have yielded Under 2.5 Goals. 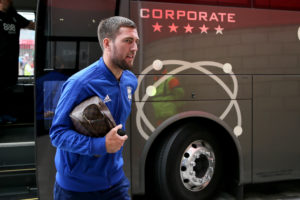 *All odds are subject to change