Could The Edinburgh Derby Be An Opportunity For Heckingbottom To Turn Things Around For Hibs?

As Hibs prepare to battle with Hearts in the Edinburgh Derby, Gav Wilson from HibsTalk takes a look at his team's chances ahead of the game.

Hibernian versus Hearts. A game that gets stick by neutrals of late for being “boring” and a statement had been difficult to argue since Hibs return to the Premiership.

Since the start of the 2017-18 season there have been two nil nil draws, both teams have failed to score three goals in one match, and Hibs home win in March 2018 is the only game to have a team winning by two clear goals.

Although of late the games have been tight affairs with one goal in it, any exciting football that teams have played in the build up to derbies has always seemed to fly out the window on derby day. That was until the second half at Tynecastle in April. 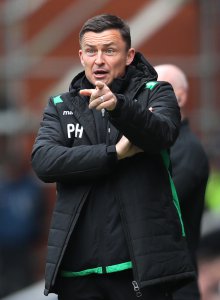 Hibs fans went into the game worried about the physicality and height of the Hearts line-up, fears which  proved to be founded, with Hearts midfielder Peter Haring rising higher than Mark Milligan to header in Olly Lee’s corner.

Hibs found themselves 1-0 down, with a poor history at Tynecastle, and if we’re being honest, Hearts should have been three up hitting the post and Arnaud Djoum firing over from a corner.

This season, Hibs manager Paul Heckingbottom has found himself under pressure, with his tactics being questioned.

However, in games like last season’s victory over Hearts, the Yorkshireman was credited for reading how the game was being played and made changes that certainly turned the tide. Marc McNulty was moved out to the left wing, and made an instant impact getting in-behind the hearts defence and cutting the ball back to Daryl Horgan to equalise. 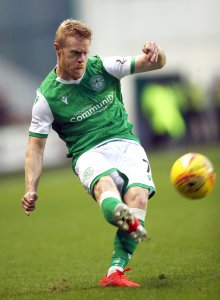 Then in the second half, with link up play any team would be proud of, Horgan, Florian Kamberi and Stevie Mallan combined for Horgan to finish the move with a bullet into the Hearts goal, leading to pandemonium in the Roseburn end.

This game, along with Rangers at Easter Road and St Johnstone in Perth showed Heckingbottom’s tactical ability to change a game when things weren’t going our way.

The manager has made mistakes this season, arguable the biggest letting Big Marv and Milligan leave the club without replacements coming in.

However, is this Sunday an opportunity for Heckingbottom to change things at half time potentially and to make a real impact on the game? Is he capable of seeing that Mallan and Josh Vela are not the answer for the CDM position, and identifying a solution? 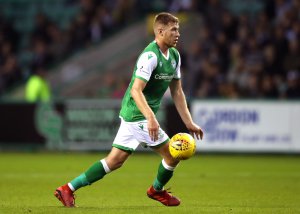 Perhaps a fit again Tom James sits in front of the defence, having played the role at Yeovil. Or Paul could look to Vykintas Slivka, and ask him to put in a disciplined performance breaking up the opposition play and allowing the midfielders beside him to concentrate on creating chances for the forward in front of him.

Paul Heckingbottom has an opportunity to do what he did at Tynecastle. Recognise things are not working, make a change and turn Hibs season around, giving him fresh hopes of keeping his job.

If Hibs fail to beat Hearts, or dare I say it even lose to a Hearts team bottom of the league with nine injuries to first team players, seven of whom would normally start, it is unlikely he will get many more opportunities to turn it around.