Matthew Crist argues that standing sections at football grounds should be for the many, not the few, as Manchester United announce they are to trial rail seating.

Since the introduction of all-seater stadiums in the early 1990s following the Hillsborough disaster, football supporters across the nation have debated whether you should be allowed to stand at football once again.

Certainly, in recent years there seems to have been something of a groundswell of opinion in favour of such a change, mostly against a backdrop of rising ticket prices, accusations of fans being priced out of the game and dissenting voices constantly questioning the lack of atmosphere at top-flight matches.

When Celtic introduced a safe-standing section at Parkhead in the summer of 2016 the eyes of the football supporters up and down the country descended on Glasgow’s East End to see just how it worked.

Not surprisingly to anyone who is in favour of the system or has looked into how it works, it’s been heralded as a huge success.

Meanwhile, two years ago, League One Shrewsbury Town became the first club in the country to introduce standing sections at their New Meadow stadium after close consultation with supporters groups while Wolverhampton Wanderers have since announced plans to install rail seats at Molineux. 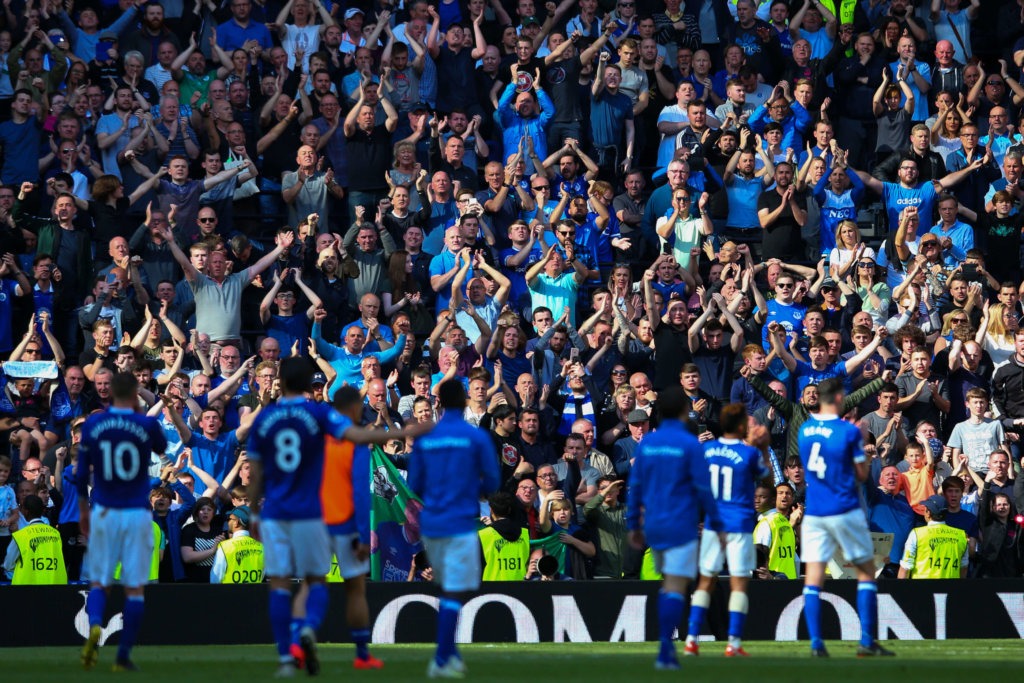 And now Manchester United have announced that they will be making 1,500 spaces available in one corner of Old Trafford as a designated area for barrier seats, with the hope of improving the matchday atmosphere which many supporters believe has suffered in recent years.

Good news for anyone who thinks that standing is part of football culture and still has a place in the modern era, along with those who feel they have been lost to today’s cash-rich, made-for-TV sport, who see a shift in opinion towards rail seats as a positive and a way to reconnect with the game once again.

But what guarantees do we have that any of this will actually happen when rail seating is introduced?

These days, rather than being met with horror stories about an increase in hooliganism and a return to “the dark ages”, listen to a discussion on standing at football now and you’re more than likely to hear points raised about increased capacity, greater fan interaction and cheaper tickets.

It could well be that all the good news surrounding rail seating, every image of 3,000 Celtic fans singing and jumping in unison, each story that filters back from Germany about how great the atmosphere is at football, might actually have the opposite effect.

Who’s to say that the sheer desire to be part of this fan experience which so many of us have craved for years might just mean that these sections become exclusive areas of football grounds, reserved for an elite who are able to pay for the privilege of standing at games.

MUST: Rail seating is key to the Old Trafford atmosphere

Go online to buy tickets for any major show or festival and you’ll be lucky to get change out of £100, that is, of course, unless you wanted to be in the “Golden Circle,” where you can expect to pay considerably more than that purely for the added experience.

Initially brought in to prevent crowd surges and crushes at gigs, which often resulted in scenes akin to what was commonplace at football stadiums several decades ago, a partitioned area at the front of large shows and festivals is now a familiar sight.

More recently, however, the much sought after wristbands that allow concertgoers entry to what those of us of a certain age would know as a “mosh pit” can change hands at extortionate prices, sometimes even twice or three times what you’d pay in other parts of the arena to watch the same show, such is the desire to be where the action happens.

Although introduced with the best intentions at heart, these areas can unwittingly create a sense of “them and us” at an event that is meant to be enjoyed by the many and not the few as those outside this section look on with envy and, no doubt, an element of resentment at what they are missing out on.

Of course, at such an early stage we don’t know what an introduction of rail seating might bring with it, but just imagine a Kop that is converted to safely accommodate 10,000 people, all standing up, singing and bouncing; just what could the club charge for these spaces, or more importantly, what would people be willing to pay? 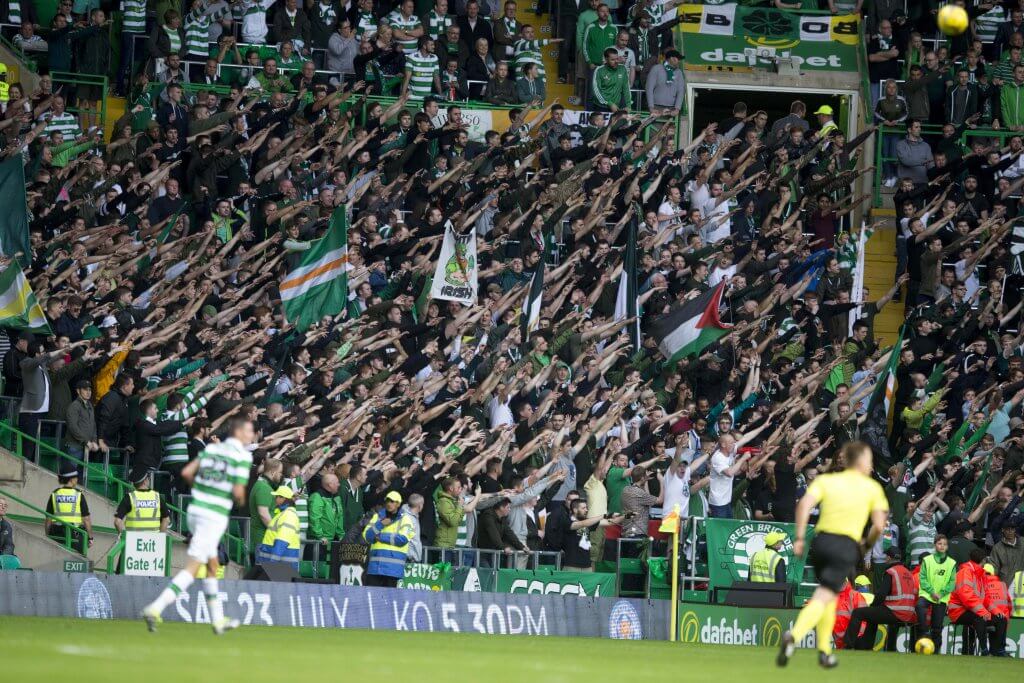 Safe Standing: Everything you need to know

One of the few positives of the old terrace system was that if people wanted to stand, they stood, if they wanted to sit down they sat. These days we don’t have that choice and there can’t be many of us who haven’t had people yelling at us to “stand up and get behind the lads!” at matches, only for another voice to implore us to “sit down!”

An introduction of safe standing areas will, of course, mean that in theory people will once again have the choice; but only if those places are allocated in the right way and to the right people and not offered as a reward or even worse, some kind of corporate gimmick.

At the moment some supporters remain confused as to whether rail seats would actually increase capacity, as effectively, and often without some major restructuring work, one rail seat would only replace one existing plastic seat at home most Premier League grounds.

This means clubs would only have the same number of places to offer fans, so would they really be willing to offer an improved and more enjoyable experience that we are so often told safe standing offers, at a reduced price when they know there is such demand?

As yet, clubs have made no comment on what policy they may adopt should standing sections be introduced, but if it happens, safeguards need to be introduced to ensure that these spaces are available to those who can’t afford to go to games now or simply can’t get tickets, and don’t merely become available to an exclusive club.

For the many, not the few 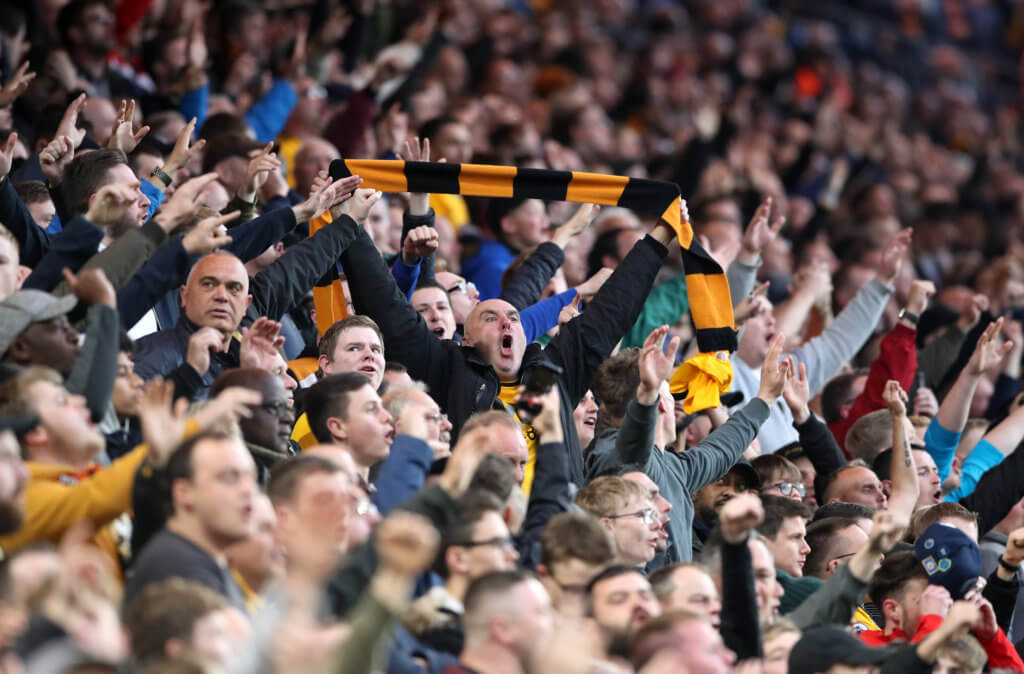 At Celtic Park, for example, the designated rail-seating area in what is known as section 111 is allocated to just under 3,000 season ticket holders at a price of around £25 per game, but that doesn’t mean that there aren’t 30,000 other folk looking on, wishing they too could be part of the fun.

It’s a feeling that all match-going fans will sympathise with. We all know how difficult it is to get tickets for away games, because there are such limited spaces available and there is such a desire among match-going fans to experience the atmosphere in an away end at a time when going to home games often just doesn’t cut it anymore.

Until the £30 cap on away tickets, away fans would often pay more than any other in the stadium to watch the same game, mostly due to the fact that only the hardcore will go; but obviously this doesn’t change the fact that on the black market an away ticket can still go for hundreds with many willing to pay.

It may be jumping the gun a little, but as the consultation continues, let’s hope football clubs are listening and have a contingency plan in place to prevent safe-standing sections becoming the “Golden Circle” of English football grounds.