CLAIM YOUR 200% DEPOSIT BONUS WITH OUR WELCOME OFFER!

Derby County: “Many of us never thought this day would come.”

"It’ll take time, it’ll take money and it’ll take a lot of hard work," Cory from Rams Review thinks that this season could be the hard reset that Derby County needed in order to build for the future.

With the news that American businessman Chris Kirchner has now been named as the preferred bidder to take over at Derby County, beleaguered Rams fans might just have good reason to believe that a brighter future is on the horizon.

Derby have been in administration since September and, having been deducted 21 points as a result, find themselves on the brink of relegation to League One.

But with Kirchner set to steer the club out of administration while also securing a long-term future for the Rams, fans could be forgiven for finally being optimistic.

Following the announcement that came earlier this week, Kirchner is now planning to attend Derby’s next home game against leaders Fulham on Friday in what could be the Rams’ final throw of the dice in terms of Championship survival.

So, after a long and often dramatic season – both on and off the pitch – is there a glimmer of light shining at the end of one of football’s longest and darkest tunnels? 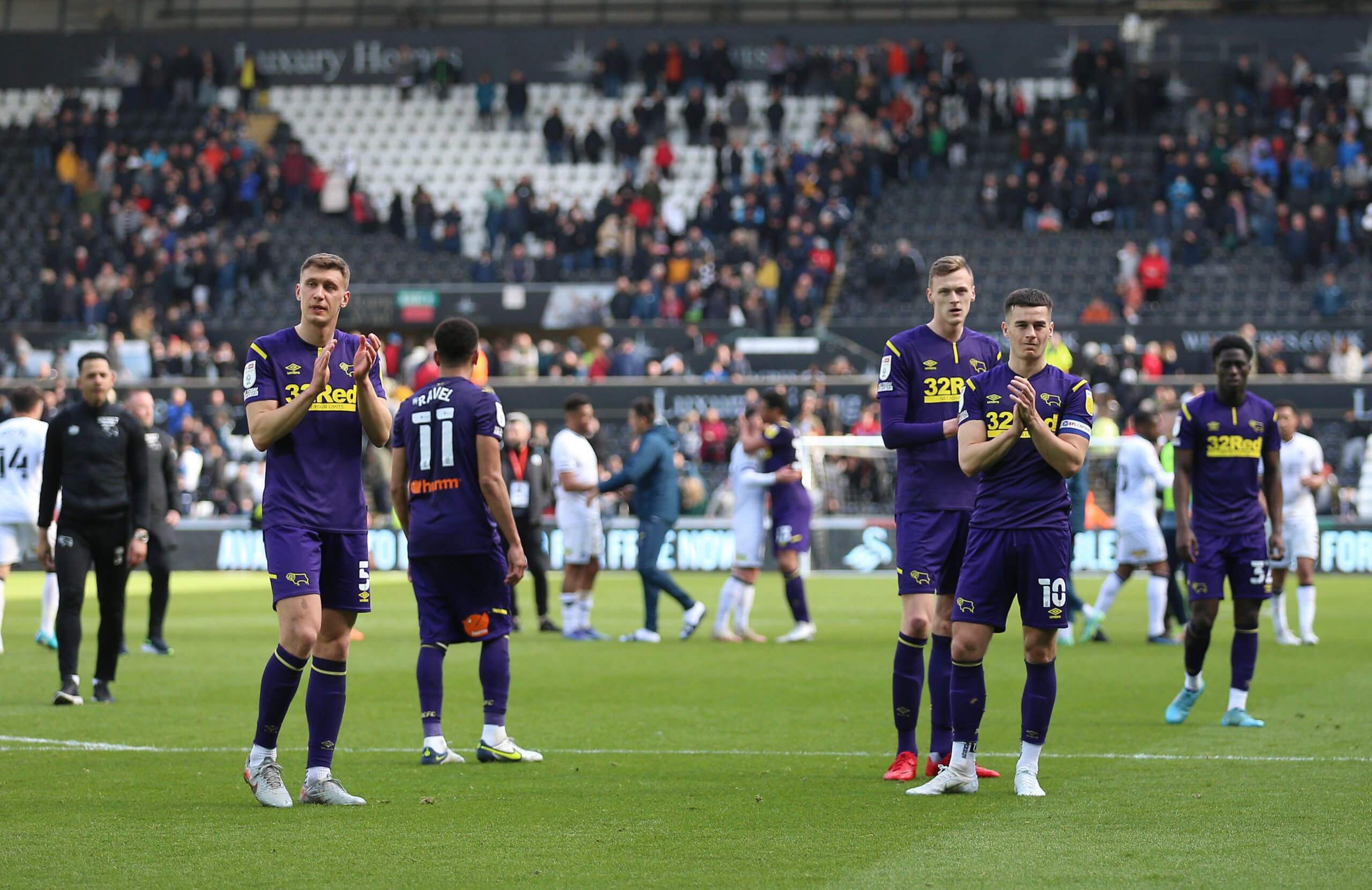 “It’s a massive relief for this club to have a takeover in sight,” Cory from the Rams Review Podcast tells FansBet.

“We now have the opportunity to get a potential owner. It’s not the end, it’s the beginning of the end and there’s still a lot of work to be done to secure the future of this football club.

“But to have someone come in who is willing to put the money, the effort and the time in that’s needed to rebuild this club, it’s absolutely fantastic.

“To be honest, I don’t think many of us ever thought this day would come and there is still a lot of work to do and only time will tell, but it’s good news that a preferred bidder has been named.

“This season has been so incredibly tough, more so off it than on it. Any time you support a football club, you put your heart and soul into it and knowing that could be taken away from you, it’s been an emotionally taxing time.

“But it has given myself and other fans a greater appreciation of this football club and what it means to the town.”

😪 “This season has been so tough.”

❤️ “It's given us a much greater appreciation of the club.”

🙌 “And the club's starting to appreciate the fans a bit more after a couple years of disconnect.”

Cory from @ramsreview1 says this season has brought #dcfc closer together… 🐏 pic.twitter.com/KA8K2EmTFR

The debt-riddled Rams were placed into administration by former owner Mel Morris on 22 September 2021.

In the eight months that have followed, the Championship side’s existence has become increasingly fraught, with legal challenges being fought off the pitch as well as a battle to avoid relegation on it.

For more than six months, prospective buyers have come and gone before Kirchner revived his interest in buying the Rams last week – three months after withdrawing an initial bid.

“In terms of the prospective takeover filling me with optimism for a brighter future, I think right now the jury is still out,” explains Cory.

“Right now there’s a lot of paperwork to be done before we find out more about the long-term future of the football club.

“As well as what deals can be done, how the creditors will be paid if there will be more deductions and things like that.

“So until we learn more I’m cautiously optimistic how the future will look under Kirchner and when the ink is dry on that contract I’ll really start to feel that this is a new era for Derby.”

Wayne Rooney ended his illustrious playing career with Derby County in the second tier before taking on the job as Rams boss on a permanent basis in January 2021.

He steered them to Championship safety last term, while his first full campaign in charge this season has been crippled by the club’s perilous situation.

Following a 12-point penalty for going into administration in September, a further nine-point deduction for breaches of accounting rules was also imposed.

Players have been sold in order to aid Derby’s ongoing battle for survival yet, despite the setbacks, they are nine points from safety with five games remaining.

In fact, without the total 21-point deduction, the Rams would have accrued 49 points and sit 17th in the table – 12 points above the drop zone.

“On the pitch, things have been absolutely fantastic,” says Cory.

“The job that the squad and Wayne Rooney has done this season has been amazing and to even be in the fight for survival after a 21- point deduction is absolutely crazy. 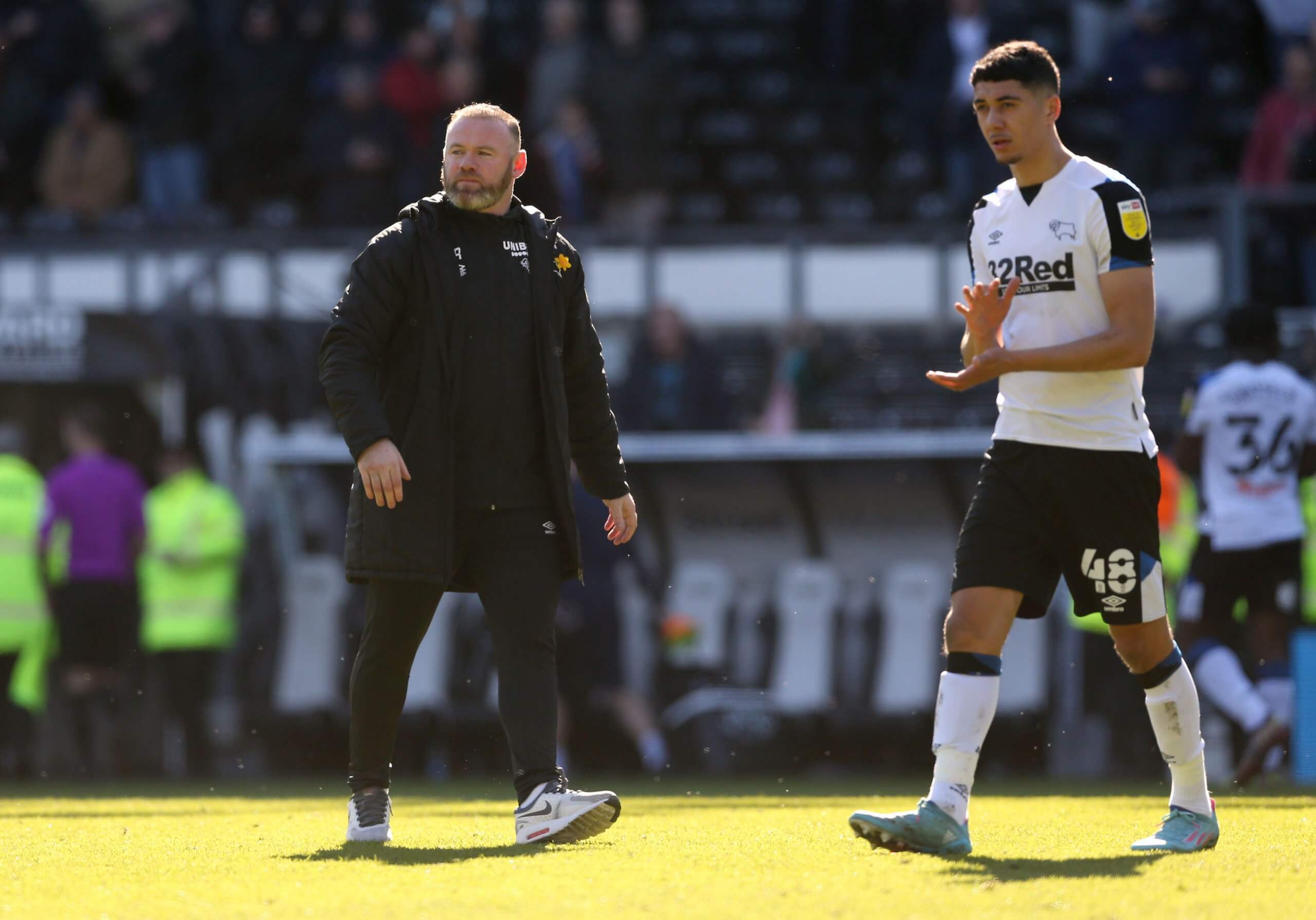 “It’s a credit to Rooney and the players who have covered themselves in glory.

“There has been a transfer embargo, they came into pre-season with four senior players, they weren’t able to renew contracts or even play academy players.

“Apart from Birmingham away, we’ve been in every single game, week-after-week so it’s probably a bit of a false position where we are in.”

Although Rooney has found himself in an extremely difficult position at Derby County, the experience will undoubtedly give him a crash course in management whether the Rams stay up or not.

Rooney has had hardly any resources to work with, being forced to use a mix of academy players and older free agent signings and has done a tremendous job to get the Rams in a position where they have a sniff of Championship survival – so what does Cory think the future holds at Pride Park? 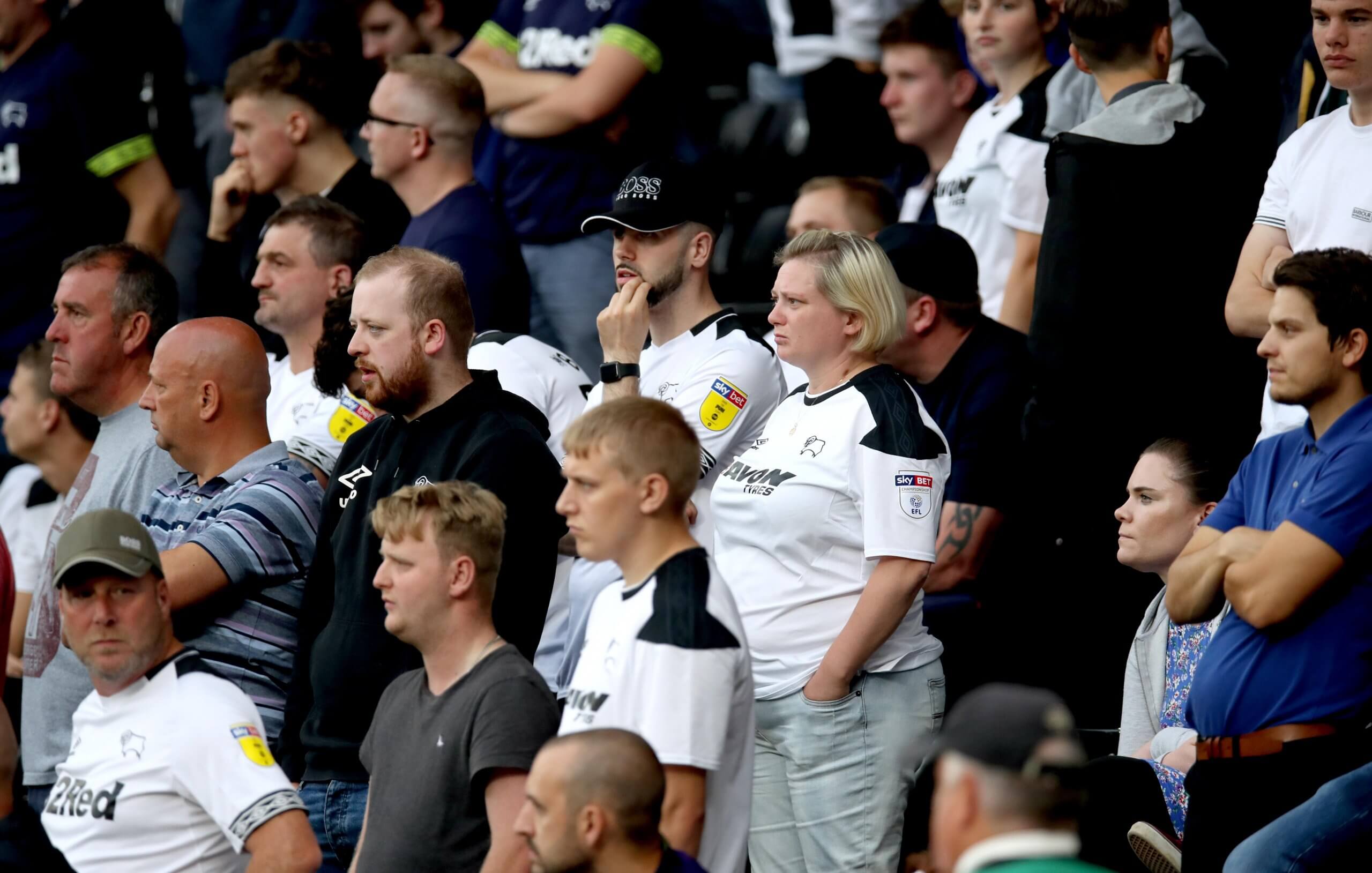 “If Derby did go down I’d be confident that we could get the right people in place and build the club so that we can eventually get back to where we deserve to be,” he says.

“With a new owner, we can put some of this financial mismanagement behind us and build for the future.

“There’s going to be some short-term pain because most the academy has been decimated and players sold off, but I’m confident that as a football club will come back eventually.

“League One is an incredibly tough league – you only have to look at the likes of Sunderland and Portsmouth and they’re bigger than that division, so it won’t be easy.

“It’ll take time, it’ll take money and it’ll take a lot of hard work, but this could be a reset that Derby has needed for several years.

“Unfortunately it’s come this season in terms of points deductions, but if that means people have to make hard decisions in future then I’m all for it because the most important thing is the future of Derby County.”