The Saints enjoyed their best season ever in 1983/84, finishing runners-up in the league, three points behind Liverpool, while also reaching the FA Cup semi-final.

The 1983/84 season is widely regarded as the most successful in the history of Southampton Football Club as, not only were Lawrie McMenemy’s side in contention for the title throughout much of the campaign, but at one point they were on for the double.

Prior to 1983, the Saints’ greatest moment had come when they defeated Manchester United at Wembley as a Second Division side to win the 1976 FA Cup final, though six years later they almost went one better.

But going into that campaign there was little to suggest that the team from the south coast – who had only regained their First Division status five years earlier – were about to mix it with the big boys of English football.

The previous May, Liverpool had won the title in Bob Paisley’s final season at Anfield while Ron Atkinson’s Manchester United had lifted the FA Cup after beating Brighton and Wembley – as for Southampton they had finished 12th in the league – giving few clues as to what would unfold the following year.

On the opening day of the 1983/84 season at Nottingham Forest, though Southampton’s starting line-up included debutants Ken Armstrong and veteran striker Frank Worthington, there were no big new summer signings or marquee arrivals on show. 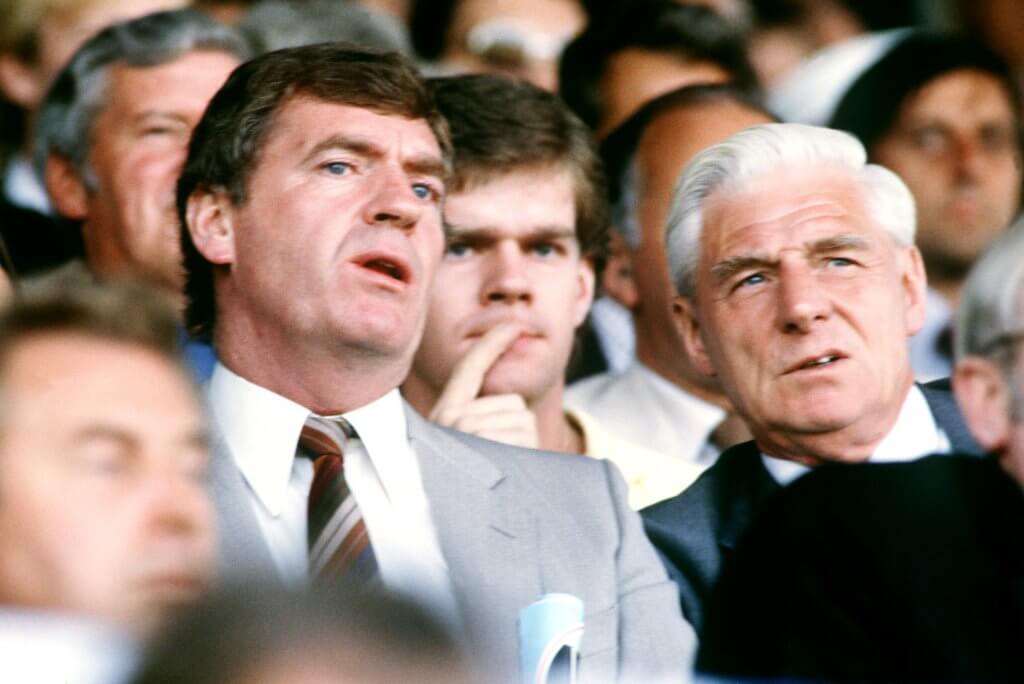 And it was Wallace who scored the only goal in a 1-0  victory that afternoon which would start a run of six games unbeaten as the Saints gave the first real hint of what they were capable of over the coming months.

“The board let me sign players, and I brought in older players whilst also knowing I had some really good young players coming through,” McMenemy would later explain in an interview with The 4th Official. “My challenge was putting young legs together with old heads.”

However, by November the goals had dried up and the early season excitement shared by only the most optimistic of Saints fans was fading quicker than the autumn sun.

Just one win in five games exposed an alarming dip in form with defeats to Norwich City, Leicester City and more notably a 0-2 home loss to struggling Notts County – who arrived at The Dell winless from their last eleven matches – appearing to herald the arrival of a relegation battle rather than a title charge.

The Christmas period would bring with it a much-needed turn in fortunes however with Southampton now looking like a different side as one good result after another brought with it a welcome boost in confidence. 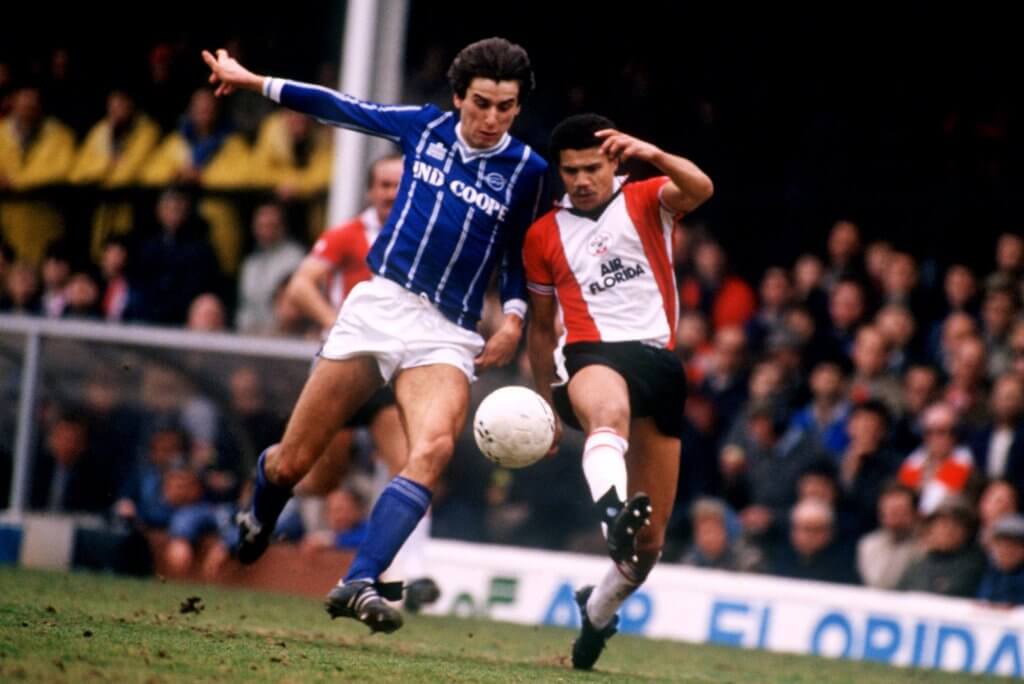 Victories over Stoke City, Birmingham, West Ham and Watford propelled them up the table while points were also taken at Tottenham and Arsenal – an impressive run which earned boss Lawrie McMenemy the coveted Manager of The Month award.

By the turn of 1984, it was Liverpool who topped the table, three points ahead of Manchester United, while Southampton’s scintillating spell over Christmas ensured that they were sitting comfortably in fourth spot and well in contention for a European place.

The fine form continued into the new year with the Saints only failing to pick up points in two games throughout the whole of January and February as they prepared to welcome champions Liverpool to the Dell for a Friday night game which was to be broadcast live by the BBC.

Two goals by Danny Wallace – the first of which was an incredible overhead kick set up by Mark Wright’s header from a Mark Dennis cross – not only sent the Dell into raptures, but also confirmed Southampton’s presence as genuine title contenders thanks to a 2-0 victory.

Meanwhile, away victories at Nottingham Forest, Portsmouth and Blackburn, followed by an emphatic 5-1 win over Sheffield Wednesday in the FA Cup quarter-final secured a semi-final meeting with Everton as Southampton eyed-up an unlikely league and cup double. 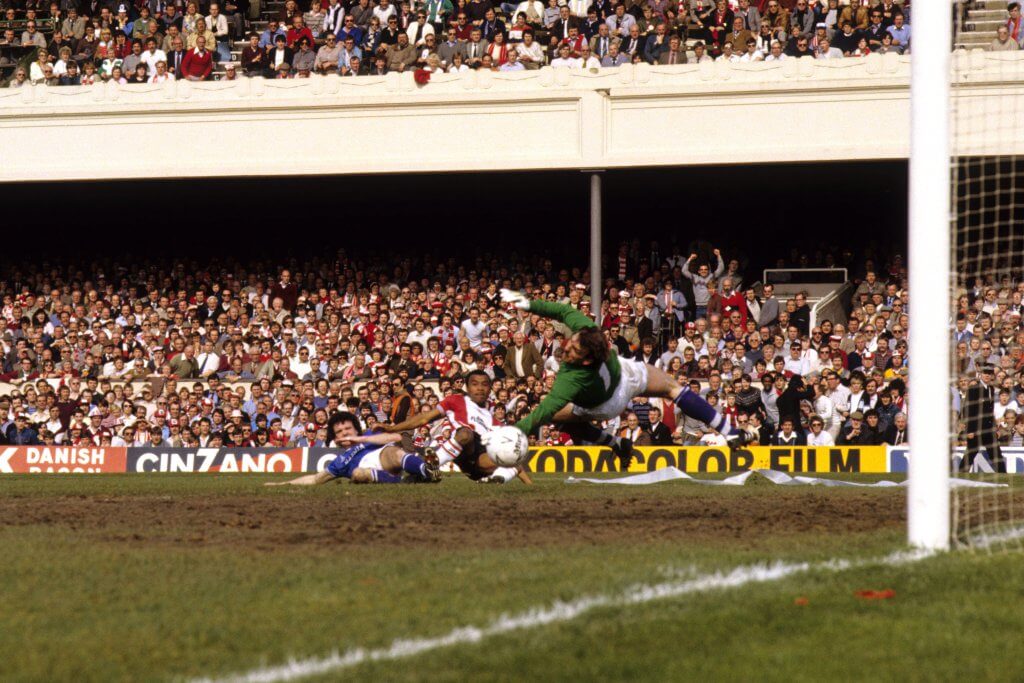 Defeats at Queens Park Rangers and Everton, followed by a 2-2 draw at home to Leicester, quickly brought that Saints back down to earth with a bump before a record-breaking 8-2 thrashing of Coventry City – with Danny Wallace and Steve Moran both scoring hat-tricks – got the title challenge back on the rails.

But despite Southampton picking up points in each of their remaining games, the Saints were unable to reach the summit of English Football as a 0-0 draw at Notts County was enough for Joe Fagan’s Liverpool side to take the title before adding the League Cup and European Cup to their impressive haul.

The obvious disappointment of missing out on the title – not to mention losing to Everton at Highbury in the FA Cup semi-final – didn’t dampen spirits at The Dell, however, and a 3-1 win at Notts County in their final game of the season meant that Southampton secured a second-place finish with a total of 77 points – just three behind Liverpool.

Southampton’s remarkable exploits during that 1983/84 season remains an outstanding achievement to this day which still stands the test of time all these years on despite not having any silverware to show for it.

“I’m proud of finishing second that season,” Lawrie McMenemy revealed some years later. “As a manager, winning the cup is fantastic, but to finish second over 42 games was a fantastic achievement.”