Decade of Disappointment: Are Arsenal fans right to be frustrated with the past 10 years?

Santi Cazorla – Class player who made the team tick.  His injury marked the moment Arsenal truly fell out of contention.

The FA Cup Final 2017 v Chelsea.  Arsenal were playing the newly-crowned champions with a number of players injured, but contained the opposition and denied them the double.

Jack Wilshere v Norwich October 2013 – was voted Goal of the Season on Match of the Day and was finished off by Wilshere after he started the move on the edge of the box, combining with Cazorla and Giroud before finishing off in a blur of one touch football.

The failure to win the Premier League in 2015/16. All the normal winners had fallen by the wayside, and it was there for the taking. But after beating Leicester in February, they failed to push on and a very winnable title was gone.

Best memory of the decade

Coming back from 2-0 down at home to Spurs in February 2012 – from misery to ecstasy.

Most underrated signing of the decade

Lukas Podolski – Incredible knack of scoring goals, but for some reason, Arsene Wenger didn’t rate him. 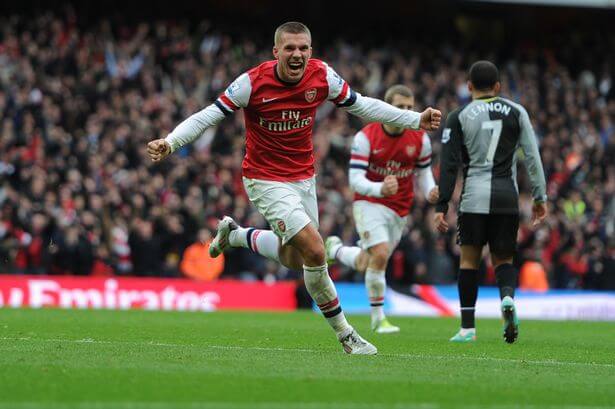 Best team of the decade

Probably the team that won the FA Cup Final in 2015 – hammering Villa 4-0. A lot of big names in there at the peak of their powers.

What is your hopes for the next 10 years and where do you think your club will be in 2030?

That the club can return to its old pre-Emirates values of solidity, commitment and will to win, which includes denying the opposition.

It’s impossible to predict ten years from now, but my hope is that for the majority of the next decade Arsenal are credibly in the mix for the top trophies – they haven’t really been for the last ten years.