Dai Davies: The college kid who bacame a Wales regular

He played for Swansea, Everton, Tranmere Rovers, Bangor City and Wrexham as well as becoming Wales' most capped 'keeper ever.

In an era when International games were something of a rarity, Dai Davies was a stalwart for Wales, making 52 appearances over a seven-year period, becoming the nation’s most-capped ‘keeper ever.

His 17-year career started at Swansea City, before moving on to Everton, Tranmere Rovers, Bangor City and Wrexham, where he ended his career in his second spell with the club.

Born in the Carmarthenshire village of Glanamman in 1948, Davies came late to professional football, choosing to focus on his college work before joining Swansea in 1969.

He made his debut for the Swans at the age of 22 in 1970 before joining Everton for £40,00, having played only a handful of games for the south Wales club, a huge step at the time for a Third Division player.

Everton were reigning league champions and Davies admitting he found it hard initially to adjust to life at Goodison Park having come from the third-tier of English football.

He would spend seven years at Goodison Park making 82 appearances for the Toffees, with his breakthrough season coming in 1974/75, when he made 35 starts during a campaign when Everton could – and probably should – have won the title. 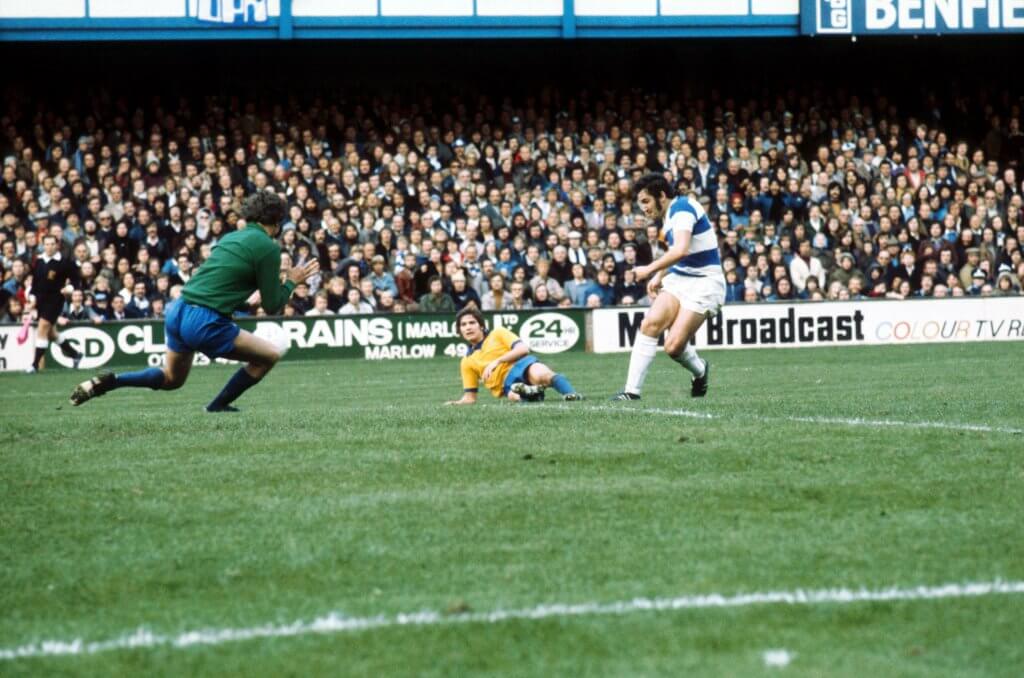 Davies, who had returned to Swansea on loan in 1974, left Everton on a permanent basis for Wrexham in 1977 and helped the club to Third Division title success in his first season at the Racecourse before joining Swansea for a third time in 1981.

The return to south Wales meant a return to First Division football, with Davies racking up another 71 top-flight appearances as part of the John Toshack side that threatened to win the title in 1982.

Davies then moved to Tranmere, making his final Football League appearances for Rovers in 1983-84.

A proud Welshman, Davies missed only six of Wales’ 58 matches during that seven-year spell, a run which made him the nation’s most-capped keeper until his record was surpassed by Neville Southall.

He was also part of the Wales side that beat England 1-0 at Wembley in 1977, and the team who famously beat the Three Lions 4-1 at Wrexham four years later.

Having retired with more than 350 league appearances to his name, Davies returned to football with Bangor City in 1985, playing in their European Cup Winners’ Cup campaign which saw him save a penalty in an away tie against Atletico Madrid.

A second, brief stint with Wrexham followed, with Davies claiming the third Welsh Cup of his career before he finished playing for good.

Davies later ran a natural health clinic in Llangollen and worked as a pundit, often for Welsh language outlets.