Crystal Palace: ‘We shouldn’t be discussing relegation with the players we’ve got.’

A number of Palace fans expressed concerns over Patrick Vieira's appointment as Eagles' manager but Dee from Back of the Nest believes he has the backing of the majority of the fanbase.

Patrick Vieira secured his first Premier League victory as Crystal Palace manager in emphatic style with a 3-0 win against Tottenham Hotspur last weekend and Eagles fans will be hoping this is just the start of things to come under their new boss.

Palace were lifted by having a full Selhurst Park behind them for the second time this season, with the watching South London faithful celebrating their first competitive win in person since the pandemic started.

Odsonne Edouard scored twice on his debut as they ended 10-man Tottenham’s 100% Premier League start after Spurs defender Japhet Tanganga was shown a second yellow in the second half at Selhurst Park.

Wilfried Zaha set the Eagles on their way, rolling in from the spot after Ben Davies was penalised for handball, before substitute Edouard added a brace late on.

French forward Edouard, a deadline-day signing from Celtic, introduced himself in fine fashion, turning in Zaha’s cross 28 seconds after coming on and then steering in Conor Gallagher’s pass.

The result moves Palace up to 11th in the table and it was no more than they deserved after a dominant display against the league leaders.

“Nobody really expected this, it was just crazy from the first minute to the last,” Dee from Back of the Nest tells FansBet.

“We played like Tottenham should have played against us and they played how we would have done under Roy Hodgson, it made absolutely no sense.

“There was some quality performances out there, Wilfred Zaha was unstoppable and Conor Gallagher gave a masterclass in midfield.

“Yes, we beat them 3-0, but the performance is what matters. We absolutely dominated them, even before the red card.”

Vieira arrived at Selhurst Park after being sacked by French club Nice in December and, up to now, it’s been something of a slow start for the Frenchman with a 3-0 opening day defeat to Chelsea followed by draws against Brentford and West Ham.

But fans have been impressed by what they’ve seen so far under the former Arsenal invincible, even before that thumping of Spurs last Saturday.

“It makes no sense for us to be this good so early on in the season,” says Dee.

“I’m not just talking about the Tottenham game, I’m talking about all the games we’ve played. Apart from the Chelsea game, we’ve seen continuous improvement to our style of play, how confident we are on the ball, to our defensive work.

📈 “We’ve seen big improvements to our style of play.”

👏 “Credit goes to Vieira – he’s changed the mentality of the club so quickly.”

🙌 “Fingers crossed this is is the start of a new chapter.”@DeeKay__1 from @BackOfTheNest is full of praise for #CPFC boss Patrick Vieira 🦅 pic.twitter.com/tpWZXoD8zO

“It has been absolutely bonkers and credit goes to Patrick Vieira who wants to play attacking football while Roy Hodgson wanted to play defensive football.

“We’ve faced some quality sides but every single game we’ve put in a decent performance.

Following the departure of Roy Hodgson at the end of last season, the Eagles hierarchy decided to try and lower the average age of the squad and bring in some young talent under new boss Patrick Vieira.

This allowed Vieira to bring in some fresh faces as he looked to stamp his own identity on the squad, adding Marc Guehi, Joachim Andersen, Conor Gallagher, Michael Olise and Will Hughes to their ranks along with Odsonne Edouard from Celtic on deadline day.

“It has been arguably our best ever window in the history of Crystal Palace football club.” explains Dee.

“We brought in some very talented players to add to the likes of Eze and Wilfred Zaha. We’ve done some great business and also got rid of players that weren’t contributing anymore.

“We’ve now got experience in the side mixed with young players, so it’s a more balanced squad than we had last season. Hat’s off to Dougie Freedman and Steve Parish, they’ve done a great job this summer.”

One of the new additions who has been singled out as a player to watch this season is Chelsea youngster Conor Gallagher, who is spending the season on loan at Palace having failed to make a first-team appearance for the Blues.

The England youth team international scored both goals in Palace’s 2-2 draw with West Ham in the third game of the season before again being a influential figure in Vieira’s first win at the weekend.

The 21-year-old made his Premier League breakthrough on loan with West Brom in 2019/20, but appears to have taken his game to the next level so far this season at Selhurst Park. 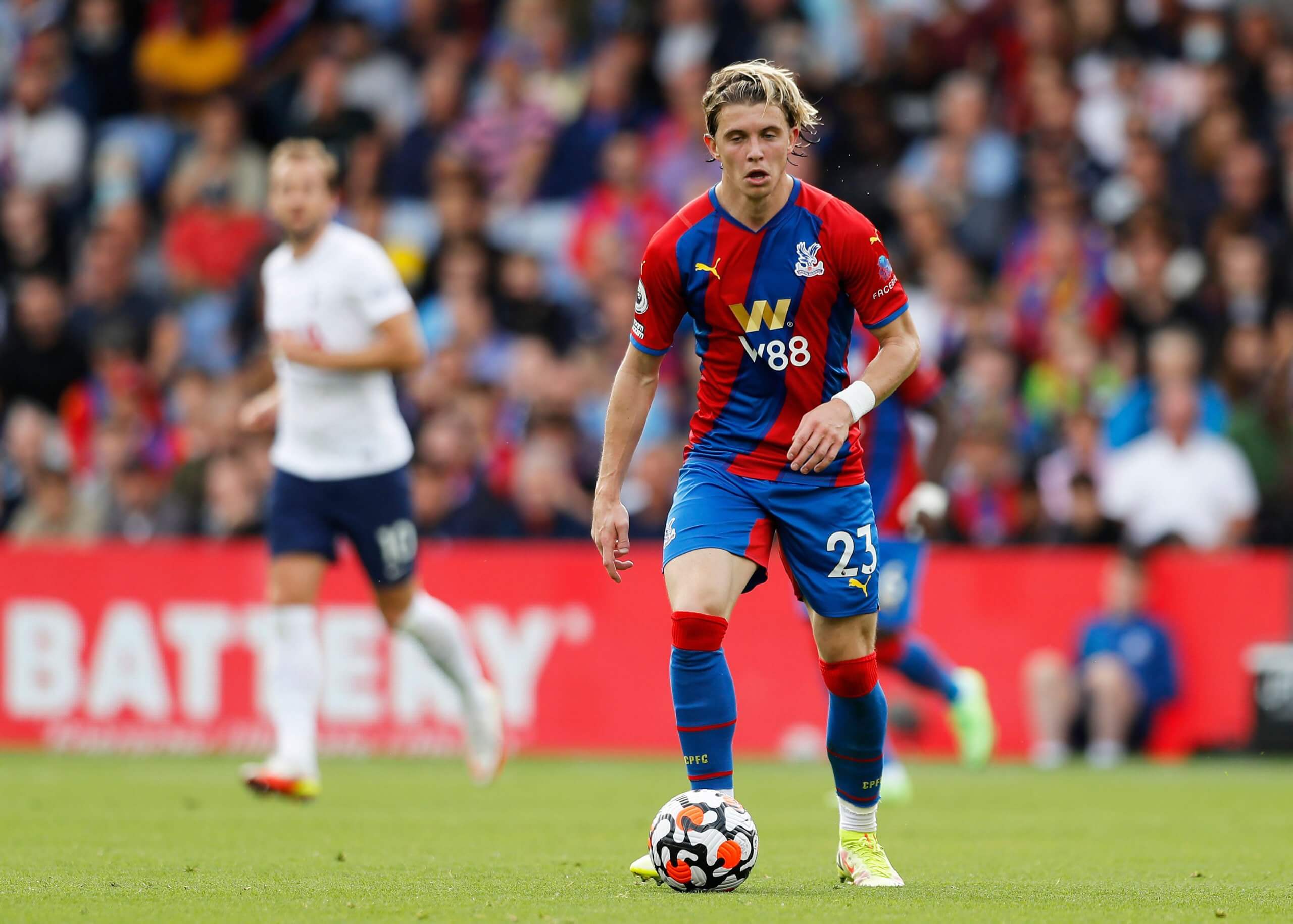 “He’s so good on the ball, his technical ability is fantastic. He can pass the ball, he can dribble with it, in terms of defensive duties, he’s better than certain defensive midfielders with his tackling.

“Going forward he’s a creative player; he’s just an all round player. I knew he was good, but I didn’t know he was this good, maybe this goes down to Patrick Vieira as well.

“He is naturally gifted and his potential, God knows. Hopefully, he signs a permanent deal with us.”

A number of Palace fans expressed concerns over Patrick Vieira’s appointment as Eagles’ manager back in May due to the fact that he had little experience managing in the top flight – especially in comparison to his predecessor Hodgson.

Before his stint with Nice, he had previously spent two and a half years in charge of Major League Soccer side New York City after beginning his coaching career in the academy at Manchester City, where he ended his stellar playing career in 2011.

He secured two play-off appearances at New York City and achieved seventh and fifth-placed finishes during his two full seasons at Nice, though many felt that wasn’t enough to warrant a three-year deal for the 45-year old. 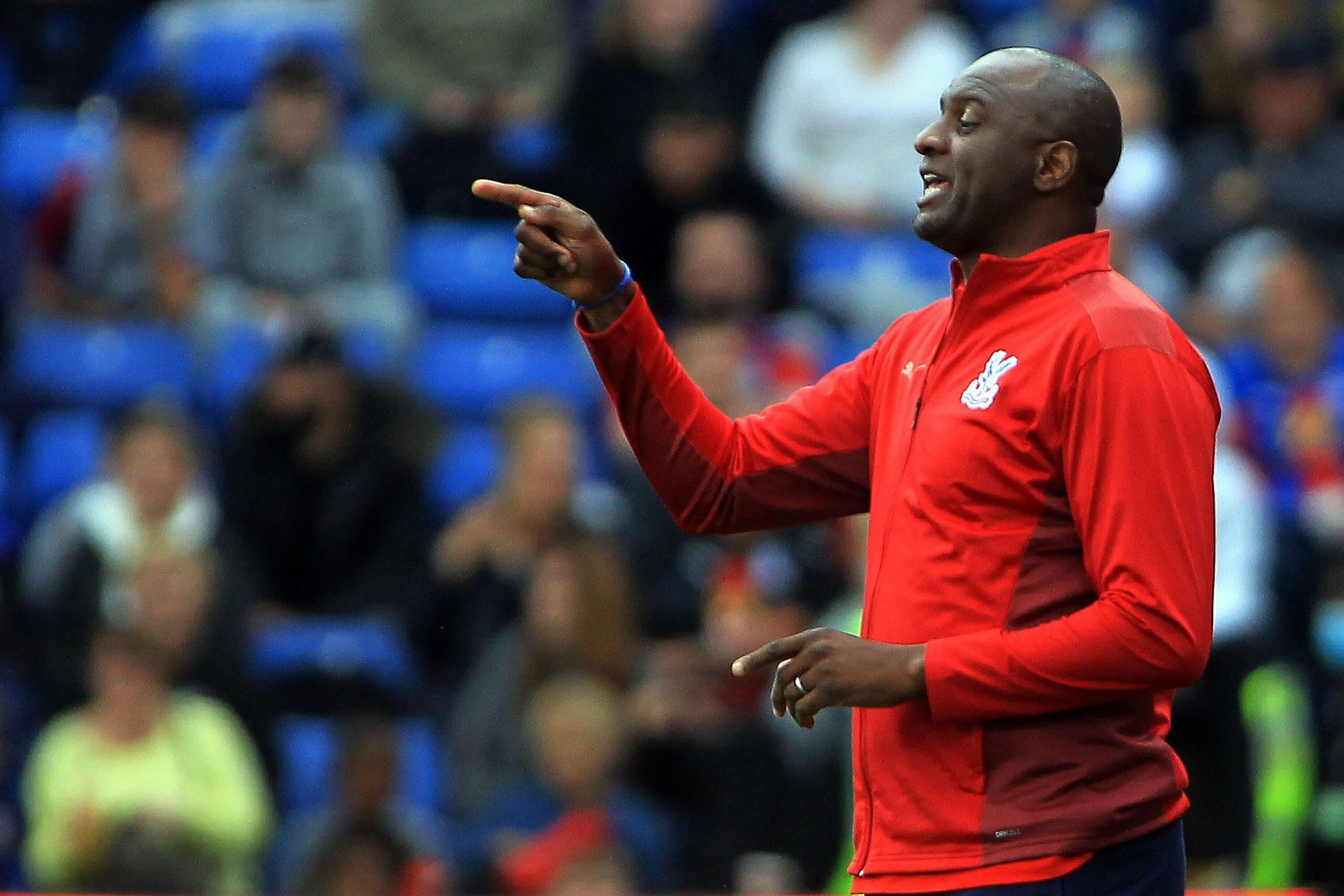 “It’s hard to say whether Vieira has the full support of the Palace fanbase,” explains Dee.

“You know how it goes in football, you never have full support. There are lots of different opinions but there was a minority who were against the appointment because he’d never managed a Premier League club before.

“There were people asking if it was the right appointment, but as the games have gone on this season and after the Tottenham game, lots of people are now on the Patrick Vieira wave.

“There will be ups and downs and the performances we’ve put in, it feels like even the minority who were against Vieira are now thinking, ‘you know what, maybe he is a decent manager’.

“I think we should wait until the end of the season and see what happens then but so far, as the games have gone on, I feel like more people are buying into his style of play.

“For me personally I’d be happy if we avoided a relegation battle completely because I feel this squad is technically gifted enough and we shouldn’t really be discussing relegation with the players that we’ve got.

“Pushing for a top-10 finish would be a good start for Vieira at Palace because we didn’t expect much from him in the first season anyway as he needs to get used to it and the players need to buy into his plan.

“If we finish 10th or 12th and avoid a relegation battle then I’ll be happy, but of course, after the Tottenham game there are some Palace fans that are thinking about European football next season!”