Amid the furore surrounding Moussa Dembele’s departure and the build-up to the season’s first Glasgow derby, it was little surprise Celtic’s loan capture of Leicester City defender Filip Benkovic went under the radar.

In the end, the week finished with a win and a defeat for Bhoys boss Brendan Rodgers who lost the battle, seeing Dembele depart for Lyon, but won the latest installment of the war with Rangers, 1-0.

Meanwhile, Benkovic moved to Parkhead on loan just three weeks after signing for the Foxes from Dinamo Zagreb in a deal worth a reported £13million. In fact, the 21-year-old was so keen to move to Paradise he rejected moves elsewhere to join the Hoops.

“I was at Leicester for three weeks and it was great,” Benkovic told the Daily Record. “But I didn’t want to spend all season on the bench so I spoke to the manager and told him how much I respect the club, but I want to improve and the only way to do that is to get games.”

So what can Celtic expect from their new signing? Clearly, at that money he’s a player the Bhoys would not otherwise have been able to bring to Parkhead and our friends at Football Whispers examine the Croatian’s credentials.

Centre-back has quickly become a problem position for Rodgers, despite Fulham transfer target Dedryck Boyata remaining at the club amid interest in his services.

Supporters do not appreciate a player who feels their club is beneath them and, whether in January or next summer, the Belgian will surely move on after reports he went on strike in an attempt to force a move away from Parkhead.

Back Celtic to win Europa League Group B at 5.50 with FansBet *

Signing Benkovic, therefore, could be a pre-emptive move on Rodgers’ part, though the 6ft 4in stopper revealed there is the option to return to Leicester in January upon completing his move north.

“I want to play as much as possible, so a season-long loan with Celtic was agreed and Leicester has the option of recalling me in the winter,” Benkovic said in the same interview.

“There were other loan options – clubs in Italy, Spain and Germany – but I just wanted to go to Celtic.

“I think this is the best option for me for preparing for football in England and their Premier League – that’s why I am delighted to go to Celtic.”

While it’s a deal which evidently suits the player, Celtic look to have done well from it too and have picked up a significant defensive upgrade without breaking the bank.

The only player in the Croatian top flight who won a greater percentage of his defensive duels than Benkovic (41.03 per cent) last season was Zagreb team-mate Leonardo Sigali (44.92).

However, simply being a good stopper is not enough for Celtic – given they dominate the ball in the majority of games anyway – or Rodgers. The former Liverpool boss expects his defenders to be comfortable playing out from the back and Benkovic is exactly that.

The 21-year-old attempted 55.24 passes per 90 last season, enough to put him 11th among all players in the Croatian First Football League. Only four centre-backs averaged more and three of those were his Dinamo team-mates.

With a 90.96 per cent accuracy, though, Benkovic came out sixth in Croatia’s top flight, with centre-back partner Sigali (91.23 per cent) only just ahead of him.

Most impressively, though, they were not all side-to-side square passes. An average of 11.16 per 90 were termed ‘Progressive Passes’ – i.e. passes in the final third or passes resulting in a shot. That is something which will have caught Rodgers’ eye.

Benkovic is also surprisingly mobile given his imposing frame. Almost needless to say, he is strong and good in the air, winning 4.67 aerial duels last season, but he is also quick across the ground.

Reportedly a Chelsea transfer target this summer, Benkovic was also subject of interest from Borussia Dortmund and Internazionale. But the Foxes persuaded the Croatian Under-21 his future lay in the East Midlands and coach Claude Puel believes Leicester have a gem on their hands.

“It was a good opportunity to take him and help this player because I think he has all the good attributes to play in the Premier League,” Puel explained. “He is a young man but with good experience from Dinamo Zagreb.

“I am happy about him because we have found a good player for this season but also to bring something for the long term of the club. His is available to play this season, and of course to prepare him for the future. It is a good opportunity. I am happy he is here.”

In the meantime, though, Benkovic will continue his development north of the border with Celtic where he will look to partner up with former Dinamo team-mate and countryman Jozo Simunovic.

If the pair can enjoy anything like the success their nation did at this summer’s World Cup, it could be an unforgettable year for Celtic.

* All odds subject to change. 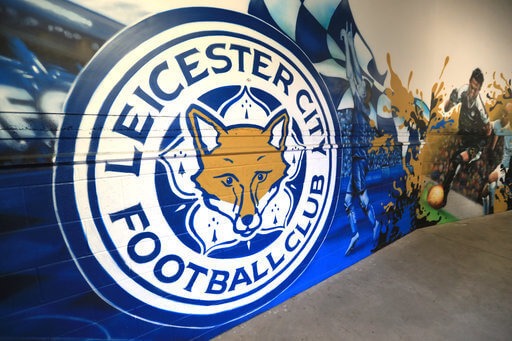