Crawley Town: “I was sceptical of WAGMI at first, but…”

“There have been lots of changes on and off the field, so hopefully things will start to settle down now.” - Crawley Town fan Alex Burke shares his thoughts on a busy few months and what the future holds at Broadfield Stadium...

Crawley Town’s new board have big ambitions, both in football and in business, but things haven’t started as hoped on the pitch.

The Sussex club have taken only two points from their first six league games in League Two, sitting in 22nd spot in the fourth tier.

And yet, at a time when so many call for transparency in football ownership, the NFT specialists are doing interviews and podcasts, meeting fan groups and spending time around the town building connections.

So, are Johnson and Smith about to make Crawley an EFL force whilst revolutionising football, bringing the English game into the modern era?

Or, conversely, are they simply a bunch of oddballs who will capture attention for a while, before watching more measured businesspeople from more sustainable industries achieve the success they want?

Only time can realistically answer those questions, but they are certainly conversation starters in RH11.

“Where do you start with the new owners? We could be here for days discussing them,” says Town supporter Alex Burke. 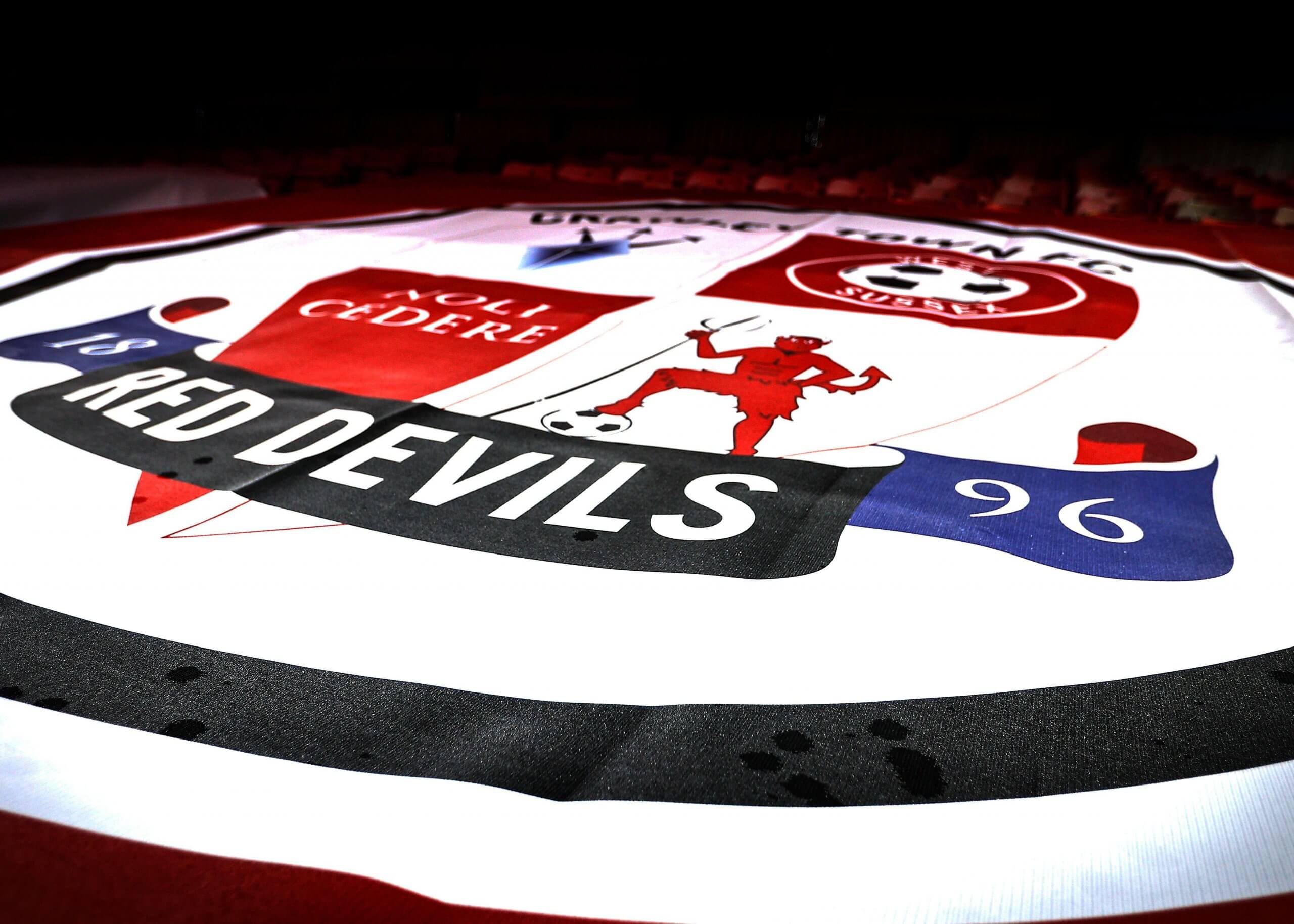 “I was definitely very, very sceptical at first but I am now a lot more comfortable with them.

“They haven’t helped themselves with stupid videos like the one before Carlisle and I can understand why there is still a lot of negativity towards them.

“But I do think they are extremely bright guys and passionate about improving the whole club.

“The appointment of a Director of Football is really exciting, and shows they are trying to get the right people in to take the club forward.”

Galley’s arrival suggests Johnson is learning the requirements for success and, as Alex discusses, he has come across well in his various media commitments.

“I think they have been quite clever in putting Preston out to do most of the interviews and podcasts. He speaks calmly, with confidence and seems genuine in everything he says.” 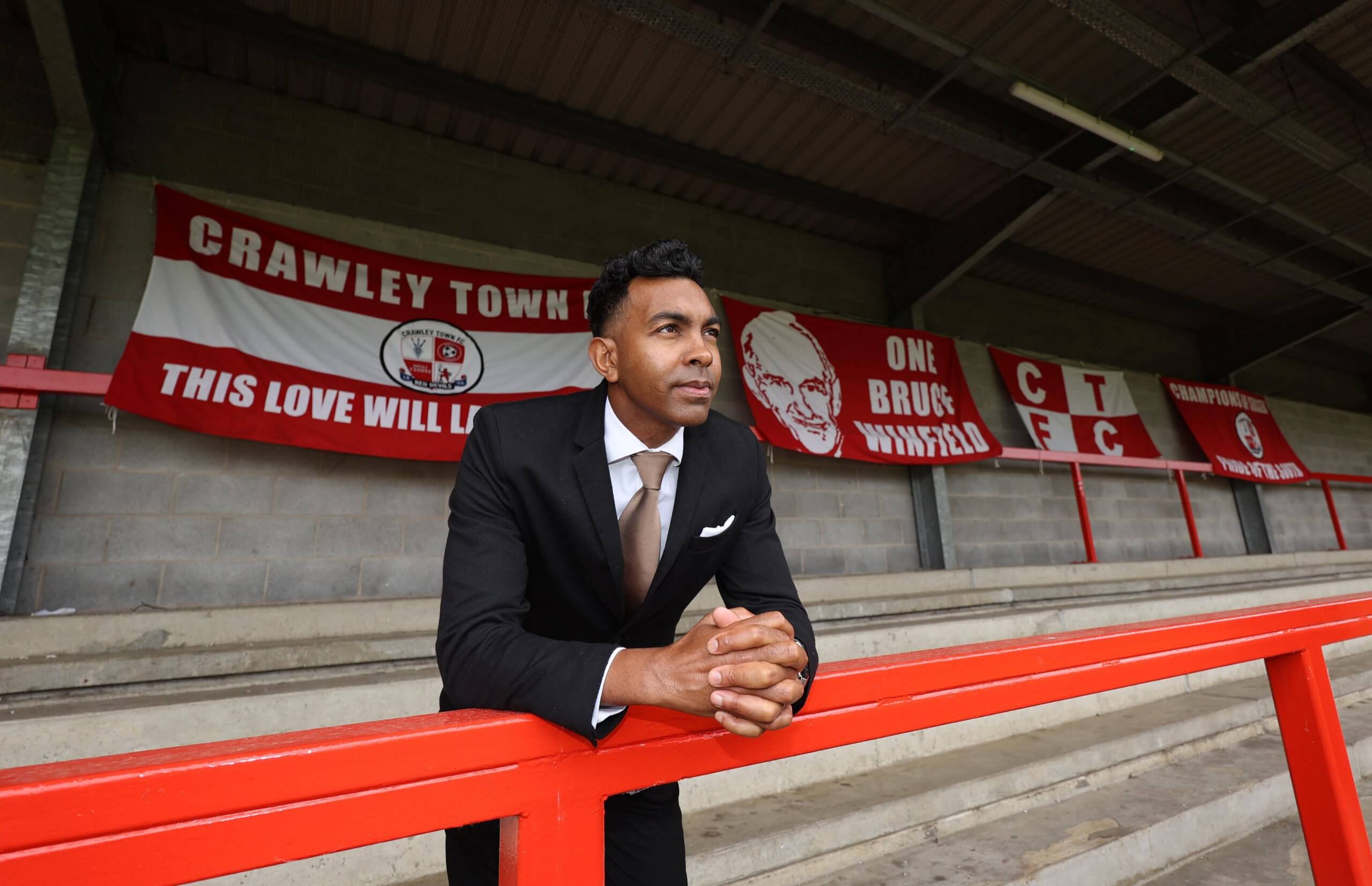 Despite optimism in this regard, the blunt, immediately reality for Crawley is that they are 22nd in the league, albeit only six games in.

“It hasn’t been a great start”, Alex admits.

“The spotlight seemed to be on us a lot over the summer with the way the previous manager left his position, the takeover and talk of a promotion push, so I don’t think there are many people feeling too sorry for us.

“There have been lots of changes on and off the field, so hopefully things will start to settle down and we can start picking up some results.”

Despite the poor league form, Crawley have thrived in the EFL Cup, beating League One Bristol Rovers in the 1st Round and Premier League Fulham in the 2nd, thanks to goals from Tom Nichols and Liverpool loanee James Balagizi.

“The Cup performances and results give me the optimism that we are heading in the right direction.

“I think its slightly harsh on us to be sat on two points, too. We got what we deserved from Carlisle, Orient and Wimbledon but I definitely think we were unlucky against Northampton and Harrogate. 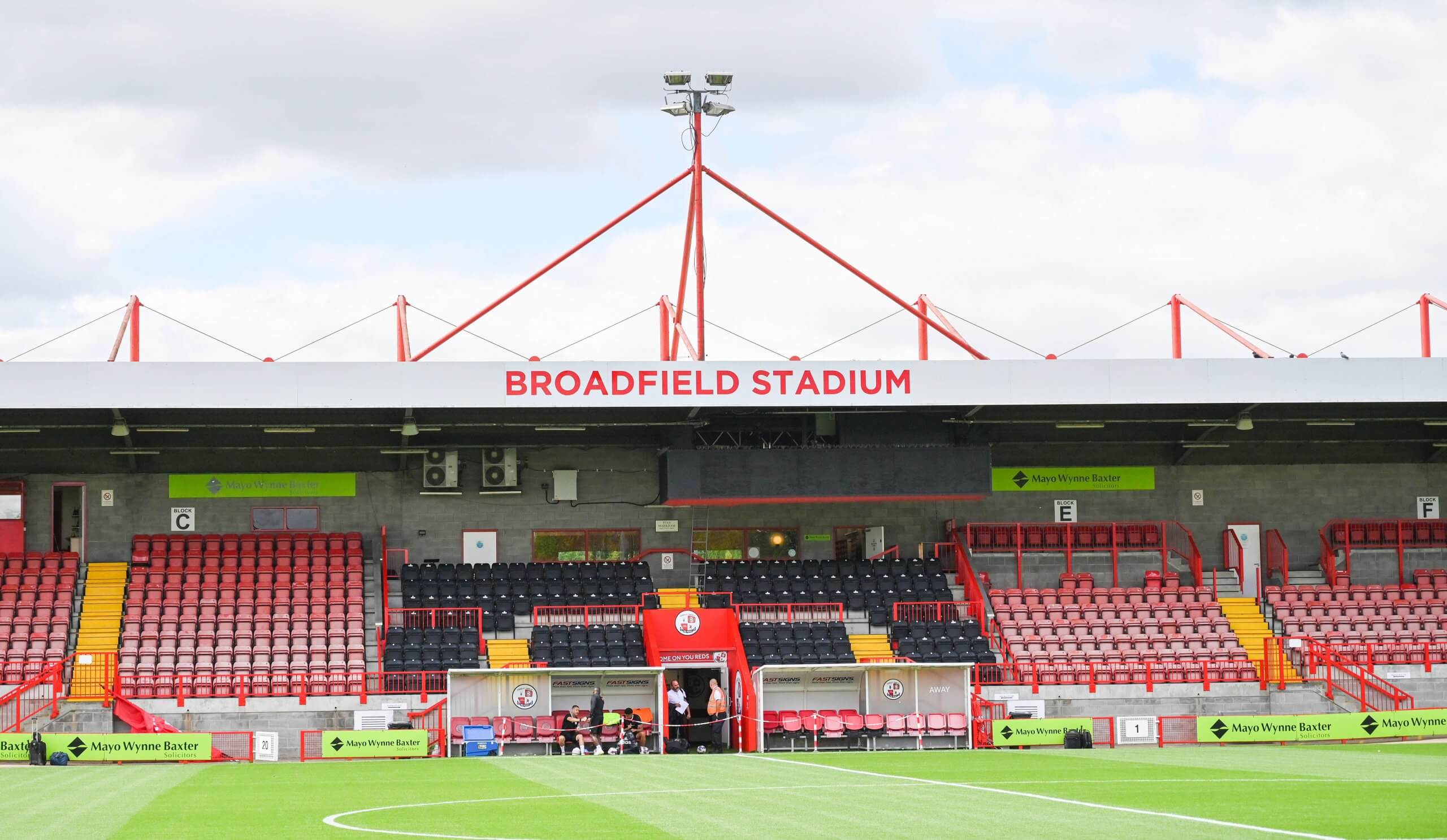 “We had the better chances and should have had a penalty at Harrogate so we could have come away with three points.

“Northampton was a weird one. We felt unlucky to go in at half-time behind, and just came up against a striker in Sam Hoskins who seems to score with everything he hits.

“We were much the better team in the second half, missed glorious chances and then they score at the death! Again, could and maybe should have come away with all three.”

With some positives to take from performances, Alex remains excited about head coach Kevin Betsy, who was poached from Arsenal Under-23s in the summer along with assistant Dan Micciche, who had managed the Gunners’ Under-18s side.

“I think he comes across very well. A few fans aren’t happy with his post-match interviews, where he has been pretty positive in defeats, but I think that’s a good thing.

“He’s got some really inexperienced players and has been asking the whole squad to play his way so it’s good he’s backing them publicly.” 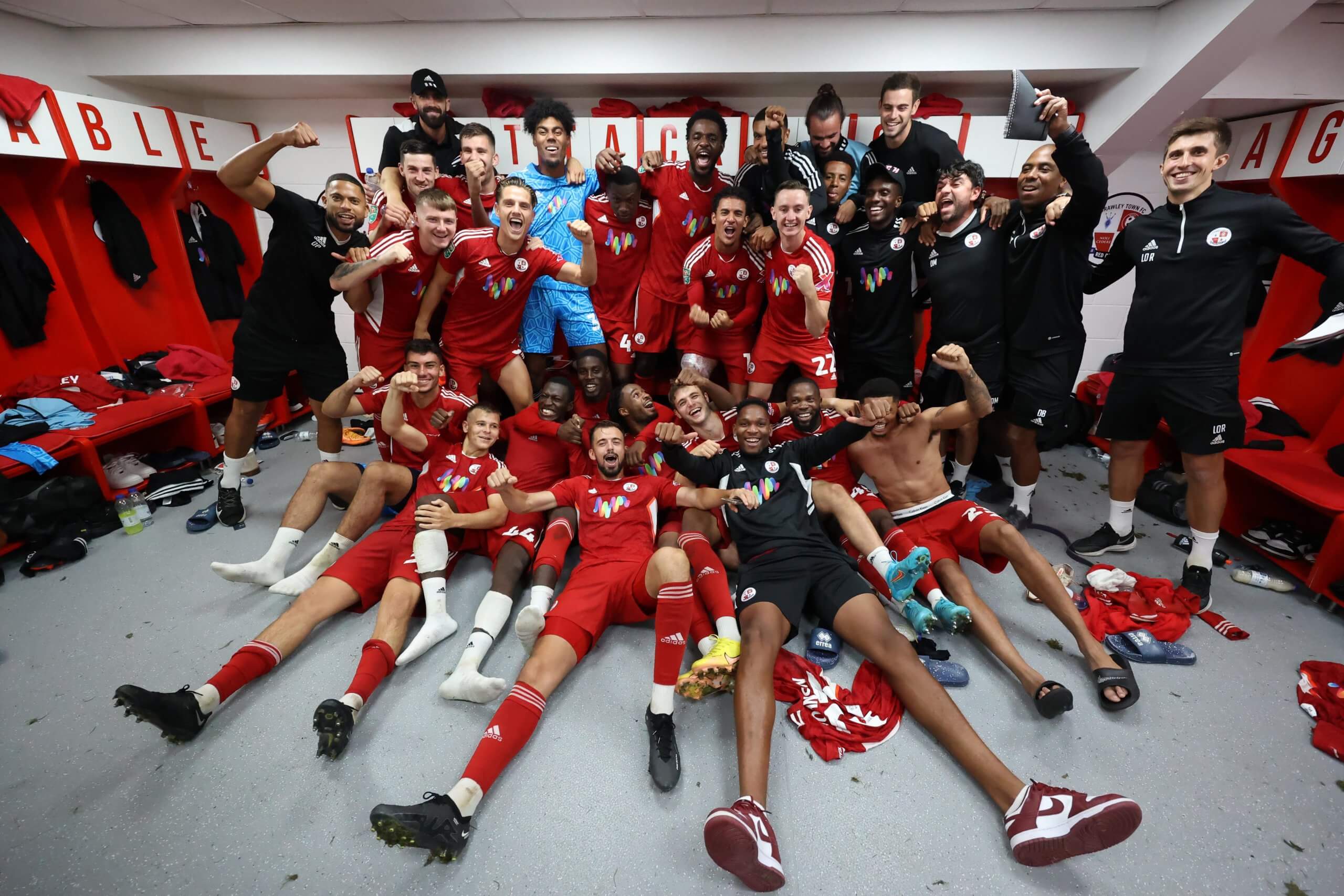 The two goalscorers against Fulham, Nichols and Balagizi, have bagged five of The Red Devils’ six goals in all competitions – and it’s they who have stood out most to Alex.

“Nichols has started the season really bright: he looks fit and sharp. He’s going to be a big player again for us this season.

“James Balagizi has been really impressive in central midfield. He’s strong, energetic and can grab a goal or two.

“He’s only going to get better as the season goes on which is really promising. His quality is very evident already: he’s extremely composed and confident for an 18-year-old.”

This loan stint, though, is the England Under-19s star’s first taste of senior football and potentially a steep learning curve, which in many ways reflects Crawley’s 2022-23 season more generally.

“This season was always going to be a learning curve for the owners, management and a lot of the players. They will all have learnt a lot already. 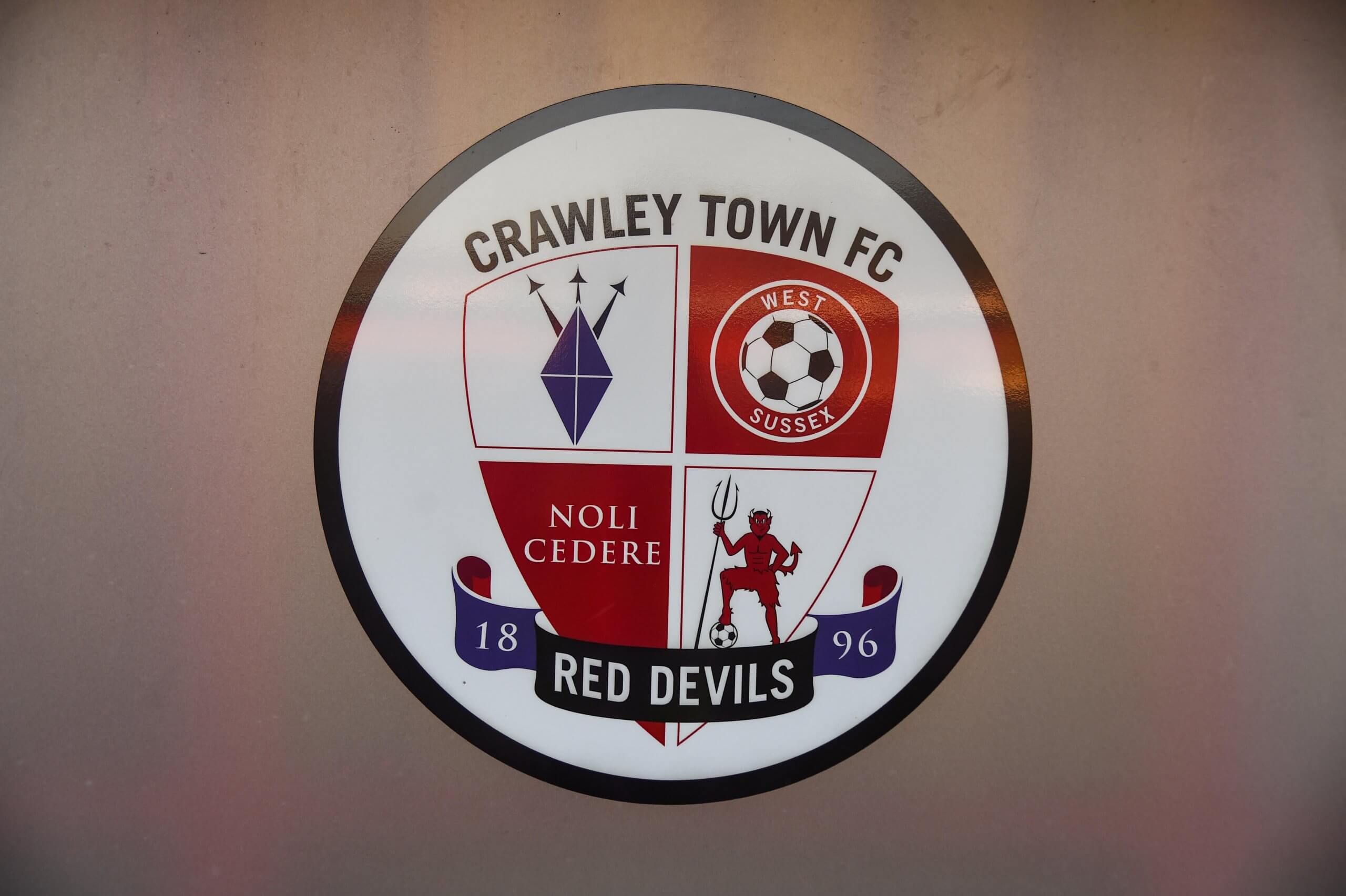 “I think once we get the first league win, which hopefully comes Saturday, the pressure might lift and we could gain the confidence to put a run together and get the season back on track.

“It’s still very early days so I’m not panicking yet.”

Alex also acknowledges that Town have been “hit hard” by injuries, with defenders Joel Lynch, Dion Conroy, Ludwig Francillette, George Francomb and Tobi Omole all spending parts of August in the treatment room.

Conroy’s injury is not expected to be long-term, and his return would be welcomed.

The former Swindon centre-back has experience and knowhow at this level, but he also has the ball-playing qualities to aid Betsy’s possession-based style.

It’s not been the ideal start, all things considered, yet Alex remains hopeful.

“I had us down for scraping into play-offs before the season and although that seems like a long way off right now, I’m confident things will improve and we can give it a good go!”