Chelsea fans have seen their fair share of success over the past two decades, so picking one stand-out game might be tricky; but not for David Johnstone, who has plumped for a Wembley triumph over Tottenham in 2015.

Jose Mourinho claimed his first trophy since returning for his second spell as Chelsea manager with a comfortable Capital One Cup final victory over Tottenham at Wembley on March 1st, 2015.

John Terry and Diego Costa did the damage either side of half-time as Spurs’ hopes of repeating their success over Chelsea in this competition seven years before were dashed.

The win was Mourinho’s first trophy since La Liga success with Real Madrid in 2012 and Chelsea’ first silverware since the Europa League final victory against Benfica in Amsterdam a year later; and despite a career laden with trophies, Mourinho claimed this was the most important final of his time in the game.

It was a pretty special day for David Johnstone from CFCUK Fanzine too, who has seen quite a bit of success over the past 20-years, but has chosen this as one of his all-time favourite Blues matches.

“Being a Chelsea supporter, the category under the heading of ‘My Favourite Game’ would, given the success I’ve witnessed since 1997, be extremely hard to choose,” he explains.

“However and whilst I’ve been present to see them win every trophy they’ve collected since May 17th 1997 when they won the FA Cup against Middlesbrough, one of the most the satisfying games I’ve experienced was seeing Chelsea defeat Tottenham Hotspur 2-0 in the 2015 League Cup Final at Wembley. 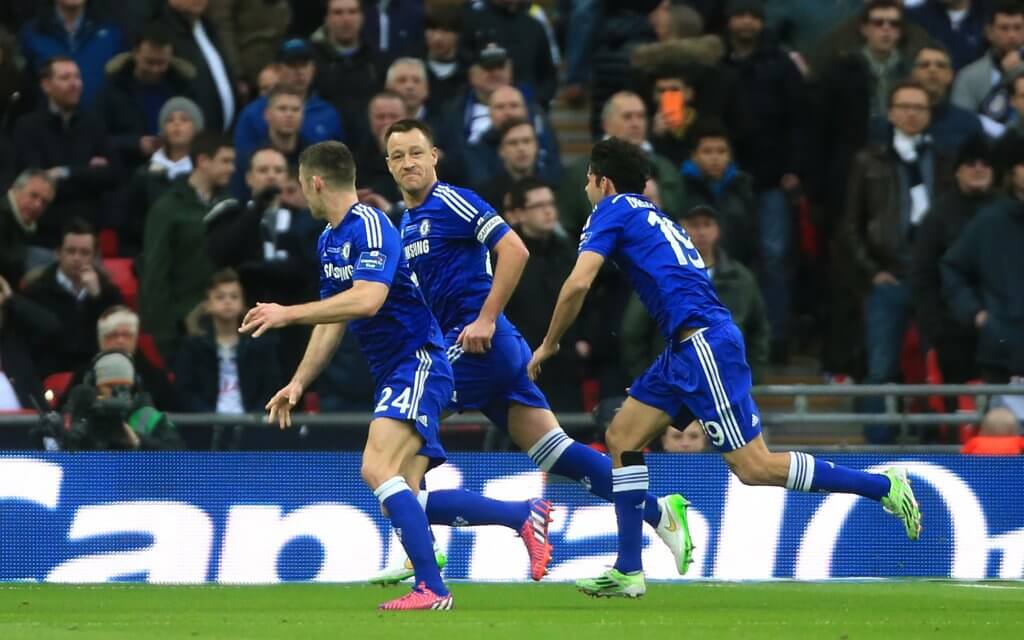 “To be honest, every Chelsea supporter I know is always worried when Spurs are the opponents just in case the result goes the wrong way.

“Way back in 1967, the first-ever all London FA Cup Final saw Chelsea go down 2-1 to a Spurs side that featured two former Blues players in Jimmy Greaves and Terry Venables. Then, in 2008, Chelsea were again on the wrong end of a 2-1 loss to Tottenham, this time in the League Cup Final.

“However, in 2015 when Chelsea again met Spurs in a major final – a repeat of the 2008 League Cup meeting – the Stamford Bridge side came out on top.

“The game was won after Diego Costa and John Terry scored in a 2-0 victory, a win that wiped the previous bad memories of the above mentioned previous encounters clean from the minds of the Blues’ faithful.

“As well as the fact that the goal scorers are, amongst fans of other teams, a couple of the most hated Chelsea players and it’s also well-known that Terry’s disdain for Spurs ranks nearly as high as that of Blues supporters.

“A major highlight of the game for me was when, as the game wore on, the rousing rendition of “Champions of Europe, you’ll never sing that!” hammered the final nail in the coffin for the opposition fans.”