FansBet ambassador and former Manchester United and Celtic player Brian McClair gives us his latest insights into United's transfer window, Celtic's form and the arrival of VAR in the Premier League.

I was in Northern Ireland last weekend playing in a football match which was a great experience. It was nice to spend time with the likes of Norman Whiteside, Sammy McIlroy and Clayton Blackmore.

Thanks to Sammy I have a new life goal! At 65-years-old he is still running around playing, so I am hoping to extend my career for another 10 years thanks to his inspiration.

I must say one observation I made was that Clayton, who is down as a professional golfer on most of his social media, should consider a career in golf commentary since that’s all he talks about!

On my way back from Northern Ireland, I left Belfast on my way back to Edinburgh and I ended up falling asleep on the plane. I then woke up to my surprise in Newcastle.

The landing was aborted due to thunder storms, so I considered taking the train back to Edinburgh worst case. However some people wanted to get off the plane, and through all the commotion passengers starting booing on the plane, to the point that a police officer had to come onto the plane to check if everybody was ok.

To say I was relieved to get home is an understatement, but the icing on top of the cake was that we landed five minutes before you can claim compensation for flight delays!

United: What could this season bring?

Yesterday marked the end of the transfer deadline, and to be honest I’m not surprised that United did not make any last-minute signings. I think after the three signings the priority will have been balancing the books. I think it’s a shame we didn’t get Paulo Dybala, I think he would have been an interesting signing for United, but we reportedly didn’t reach his salary demands.

One person United did finally sign is Harry Maguire. My issue with this signing is why wasn’t it done sooner?

The same personnel that stopped Mourinho signing Maguire at £70 million and at one year younger are the same people that have allowed Solskjaer to purchase the Leicester player for an extra £10 million and another year older.

Despite this, he is the player that United have been interested in for a while now, and we clearly only had our eyes on only Maguire, otherwise I feel United could have got a cheaper defender. The big question now is will he be successful? I really hope so, but Maguire will have to put in performances to prove that he was worth the price tag. 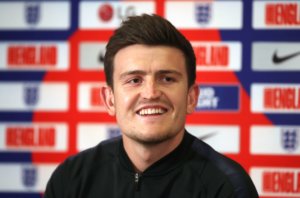 Touching on United’s personnel, one thing I had read recently is that United will change their focus to a technical director, but this person will not be involved in transfers. I personally don’t see the point in a director if they are not involved in what I would consider to be a major part of the job. If dealing with transfers is not a key part of their role, I don’t understand what the job entails.

If you have someone in the role they normally deal with recruitment, therefore the fact that the club are not looking for this leads me to believe that they think they are doing a good job, and if United qualify for the Champions League then I will agree that they have done a good job.

I know that a lot of United fans are worried after the transfer window, however I think we have to be optimistic about the team. For me the expectation for this season is to concede less goals, and to score more goals.

If we do that, we will finish higher in the table. It will take more than one transfer window for United to be competing for the Premier League, this will be a process however I am confident that we won’t finish below sixth.

This year United will be competing in the Europa League, and it’s a competition I would really like to see them win – or at least have a good go at. At the end of the day, for those who don’t like the competition, it is still a trophy and still a winners medal. As a footballer you go into a competition to win, and United will be amongst the favourites this year.

Silverware is certainly within our reach this season, there’s every chance we could have cup success, but of course it depends on your fortune in the draw. I would fancy United to beat anyone in a final, let’s hope we reach one this season. 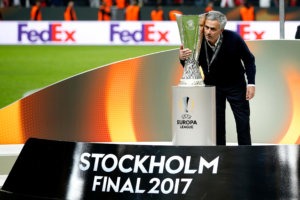 This season I’m hoping for a lot of excitement and thrills in the Premier League this season, and with VAR it will be an interesting season. I hope VAR won’t be a pain, however it is necessary as we have to start somewhere with technology. My personal preference would be sin bins but I am looking forward to seeing how VAR is received, people will definitely be talking about it after a weekend of football.

Although Liverpool and Manchester City will be competing at the top of the table again, I think you can’t rule out the other four top teams: Chelsea, Arsenal, Tottenham and United. All six have the potential to win it, and as we’ve seen before anything can happen in this league.

Looking at the fixture, I don’t think either team fancy it as an opening fixture. Although Chelsea have a good record at Old Trafford, they are one player down after the departure of Luiz. It’s difficult to pick a winner but I think we have to be optimistic. I think momentum from the pre-season wins will be a big help, and it seems as though preparations have gone well from what I have seen so I am confident the Reds will get a win.

Celtic’s successful start to the season

Celtic had a great win in the Scottish Premier Leauge and then a draw in their Champions League qualifying round game against CFR Cluj. Any away game in Europe is difficult, and the Cluj team and manager have experience in Europe. Celtic caused themselves a huge problem by losing a goal from their own corner.

Although they did get back into the game, there was chance to score more than one goal. However I think although Tuesday’s second leg will be difficult, Celtic have to be confident going into the fixture.

It already seems like a long season for Celtic, and I hope they can continue their form, especially in the league. One piece of news from Celtic is that Kieran Tierney completed a £25 million move to Arsenal. It will be really sad to see him go, but maybe this is a deal that suits everybody.

I am glad that he is going to a Premier League club that will be competing for silverware, and although his attacking prowess will be missed, Celtic luckily are already planning to replace him defensively.