Last week former Manchester United player Patrice Evra announced his retirement from football and will be hoping to go into coaching.

Evra was the sort of player that you would want in your squad based on character alone. He would come to training to work hard and would always have a smile on his face.

He is a top class professional and a good guy, and I really hope that he does well in his coaching career. I’m sure he will, as after all he loves this game! 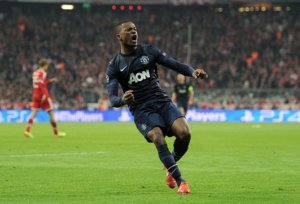 When you watch football for almost 52 weeks of the year and you see players in all competitions and all levels of the game berating officials, sin bins in grass roots football is something that I think we should see.

It would be a huge benefit from grass roots to the top of the football pyramid. I personally think it would be a bigger improvement than VAR.

The likes of Tony Whelan, Les Kershaw and Paul McGuinness, who have all been involved heavily in the Manchester United Academy, will have been pleased to see that Manchester United regained their spot at the top in the table of leading developers of Premier League talent.

The survey showed that United academy graduates had played almost 10,000 minutes more than second-place Tottenham in last season alone. This is great achievement for the academy and shows how much work goes into developing these young talents, with over one third of United’s total still in the squad.

I can understand why the Premier League transfer window has been closed before the first game of the season, however I do think it leaves the league at a disadvantage regarding recruitment and the potential loss of players. Germany, Spain and France all have until Septmeber 2nd, whilst Italy have until the end of August. I can see potential problems with these dates and I can see European teams using the extension to manipulate better deals.

Paul Pogba rumours are still flying around, with €160 million the reported price tag for the Frenchman. I think the money is important here and the fact that Pogba’s comments earlier in the summer have not changed shows that he is still considering a move. Meanwhile Zidane has made his feelings quite clear regarding his fellow country man and sees him as first choice for Real Madrid.

As the Pogba deal seems to remain in limbo, one player who has made up his mind seems to be Romelu Lukaku. It would be a good move for the Belgian, and with managers like Conte and Sarri in Italy potentially requesting him specifically, it would surely be a great push in getting him on a plane to Italy. I think it’s safe to say Lukaku doesn’t look like he’s enjoying his football, so a move to Italy could be the right fit for him and I think the Italian league would suit him. 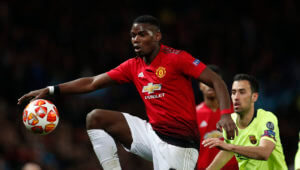 As United’s pre-season tour ends, one thing that is most obvious to me is that this has been a tough pre-season for the players. Although they’re not going out onto the pitch to play a full 90 minutes of football, to still play in those conditions of humidity and heat is hard.

The football itself on the whole has been enjoyable to watch, but you can’t take too much from these matches. Pre-season is the time to chop and change teams, and United’s tour will hopefully be key when spring boarding into the new season.

Celtic, despite having played eight more games than any other Scottish Premier League team not in European competitions, managed to get off to a great start in the season. The big talking point is defender Kieran Tierney. With both Arsenal and Napoli reportedly interested, will the 22-year-old stay in Scotland? I get the impression that he would rather stay, but if the price is right who knows what will happen. I personally would like to see him stay, but I can see the appeal of two clubs like Arsenal and Napoli.

This season everybody from both sides of the Old Firm are keen on their team winning the title, however you can’t rule out Aberdeen who have done well, so I would expect this year to be a tighter competition. However I still believe that Celtic and Rangers will still be the two teams to come out on top. 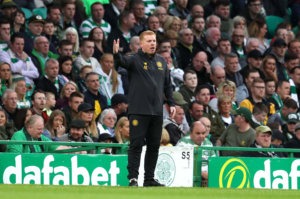 Heysel Remembered: Terror and tragedy on the terraces