Choccy’s Diary: Penalty Problems, Tales From Across the Pond and The End of the Transfer Window

FansBet ambassador and former Manchester United and Celtic footballer Brian McClair discusses the transfer window, United's penalty problems and why Alan Shearer would have never made it at United.

A few weeks ago I was in Texas for a charity event. I had a great time and whilst in Houston I had the pleasure of going to Mission Control at NASA. I was able to see the room where they controlled the Apollo missions which was an amazing experience. It took me back to the eyes of a four-year-old Choccy who sat watching Apollo 11 taking off and seeing a man land on the moon!

Spookily, the man who I have mentioned previously in my diary who wanted to buy me if he ever won the lottery happened to be on the exact same flight to Houston with me, he claimed it was a coincidence but who knows…

Whilst we were over in Texas I thought I would be sociable and invite him along to watch some football and play pool. The pool game was one that everybody could play, but I was accused by my super fan of cheating! Not only in Houston was I accused, but he has since accused me several times since I have returned to the UK, I think it’s because I wouldn’t leave him a ball to pot!

Recently I have been watching by the drama unfold surrounding Michael Owen and his new book. At United he seemed to be a really nice guy, and spent his career being known for being a good guy and a good professional.

However, for whatever reason he’s decided to set that reputation alight as he engaged in a Twitter spat with Alan Shearer. Looking at Shearer’s reaction, it’s just as well that he never came to United! If he’s going to get upset by nice guy Michael Own, he definitely wouldn’t have survived a hairdryer or two! 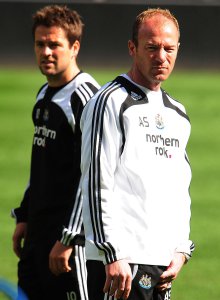 Watching Celtic get a win at the Ibrox the other week was great, and I was really happy with the game. I think we started with high energy which we didn’t do away against Rangers last season, so it was definitely a positive start that set the tone for the game.

Rangers for me, despite being favourites, really didn’t perform that well with many misplaced passes and pour decision making. For Celtic, I think Christopher Jullien impressed. For me I think the defence did well considering they haven’t played that much. All in all an enjoyable Celtic win.

After watching Celtic’s new left back Greg Taylor, it reminded me that both Taylor and another Scottish left back from the national squad were both told at a young age they were too small and too slight for a professional footballer. One has just signed for Celtic, and the other is a Champions League winner, need I say more? 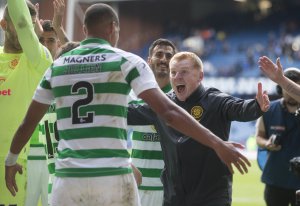 How do you solve a problem like a penalty?

What’s happening at United at the moment is extremely frustrating and I have to comment on the penalty situation as it is just a shambles. There should be a designated penalty taker, and if they’re not playing for whatever reason then there should be somebody else to take it.

During my time at United, Sir Alex would choose the penalty taker and he decided as and when it was to be changed. In my opinion, Marcus Rashford was the designated penalty taker and even if Paul Pogba had scored his penalty, he should have been told off for taking it instead of Rashford.

For me, this is something the manager needs to make the call on and hopefully it will be rectified sooner rather than later. 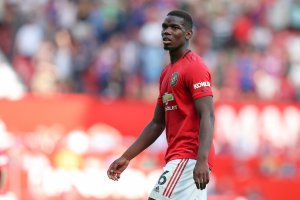 One thing about United is that they are an effective counter-attacking team, and they can be a struggle to break down as we saw against Chelsea. United were hitting them on the break time and time again, but when we come up against teams that are going to play more tight and compact, it’s not working.

I was happy to see Juan Mata playing as I think he’s a creative player that can find a nice little pass when we need it. After reading that United could go into a 3-5-2 formation, I think there’s a possibility that it could work. The formation would see Mata as a number 10 in the central part of the pitch, which would allow Pogba to play further up the pitch.

Despite the issues with United, one thing I will say is that we do look like more of a goal threat on the break. The Reds definitely have more energy with Aaron Wan-Bissaka and Daniel James, however the Welshman does need to stop throwing himself to the ground, maybe he’s been hanging around with Ashley Young too much!

This weekend we see the first women’s Manchester derby as the Manchester United women’s team travel to the Etihad to face rivals Manchester City. It’s great that United have a women’s team that are now in the top league, it’s been a long time coming.

It will be a slow building process, and City will be favourites going into the game, but anything can happen. There is rumoured to be a record-breaking crowd at the game, which just shows how many encouraging things have happened since the World Cup and I hope it continues to build. 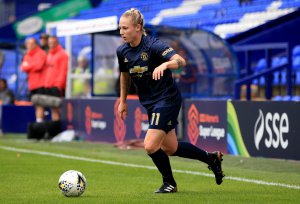 Recently United have seen the departure of Alexis Sanchez, Matteo Darmian and Chris Smalling as they all headed off to different Italian cities. Personally, I am happy to see so many senior players depart. What I like is that Solskjaer and his team have decided to stick to a plan of working with youth, it is better to have followed their plan than to regret not doing it.

In addition, with Smalling and Sanchez only out on loan, you want all you players to be playing and to find some form, and whilst Smalling has fallen down the ranks at United, you never know with Sanchez – he could even find some form and be an asset for the Reds!

One Manchester United sale that has been in the news recently has been that of Lee O’Connor who has made the move across the border to Celtic, with many United fans upset with the transfer. I think the point fans are making is that nobody wants to see young players leave unless they’ve been given a fair chance.

Maybe the club felt like it was the right decision but normally it’s a loan situation, whether that was an option or not I don’t know. However, for Celtic it’s a great signing. The 19-year-old can play so comfortably in defence and midfield. I think that Neil Lennon has a reputation of picking really good young talent, so I imagine fans will be happy with the signing along with the rest of Celtic’s transfer window.

With the international games now underway, and Scotland unfortunately facing defeat against Russia, we must look to the next game against Belgium.

Despite rumours of Hazard being out of the squad due to injury, we need to hope that the entire team are not playing their best, and that we are! Scotland tend to do well against teams they’re not given a chance against, and whilst it will be difficult after defeat against Russia, Scotland could surprise.