"He's only got to look at the history of managers under Mr Abramovich to know that if he doesn't pull out the right results at the right time his P45 will be presented to him pronto," says David Johnstone from cfcuk.

Fresh from his Champions League triumph, Thomas Tuchel must now mount a serious challenge to Manchester City according to one of the club’s most ardent supporters.

It has been a pretty good summer for the German, who has had four weeks to bask in his impressive first six months in charge at Chelsea.

But there is still plenty for the manager to work out and improve ahead of the new season as the club chase their first Premier League title since 2015.

Tuchel out-witted Pep Guardiola three times last season; in the league, in the semi-final of the FA Cup and, most importantly, in the Champions League final.

But taking Manchester City’s Premier League crown will prove difficult, especially if Guardiola is able to add Harry Kane to his squad along with the recently arrived Jack Grealish. 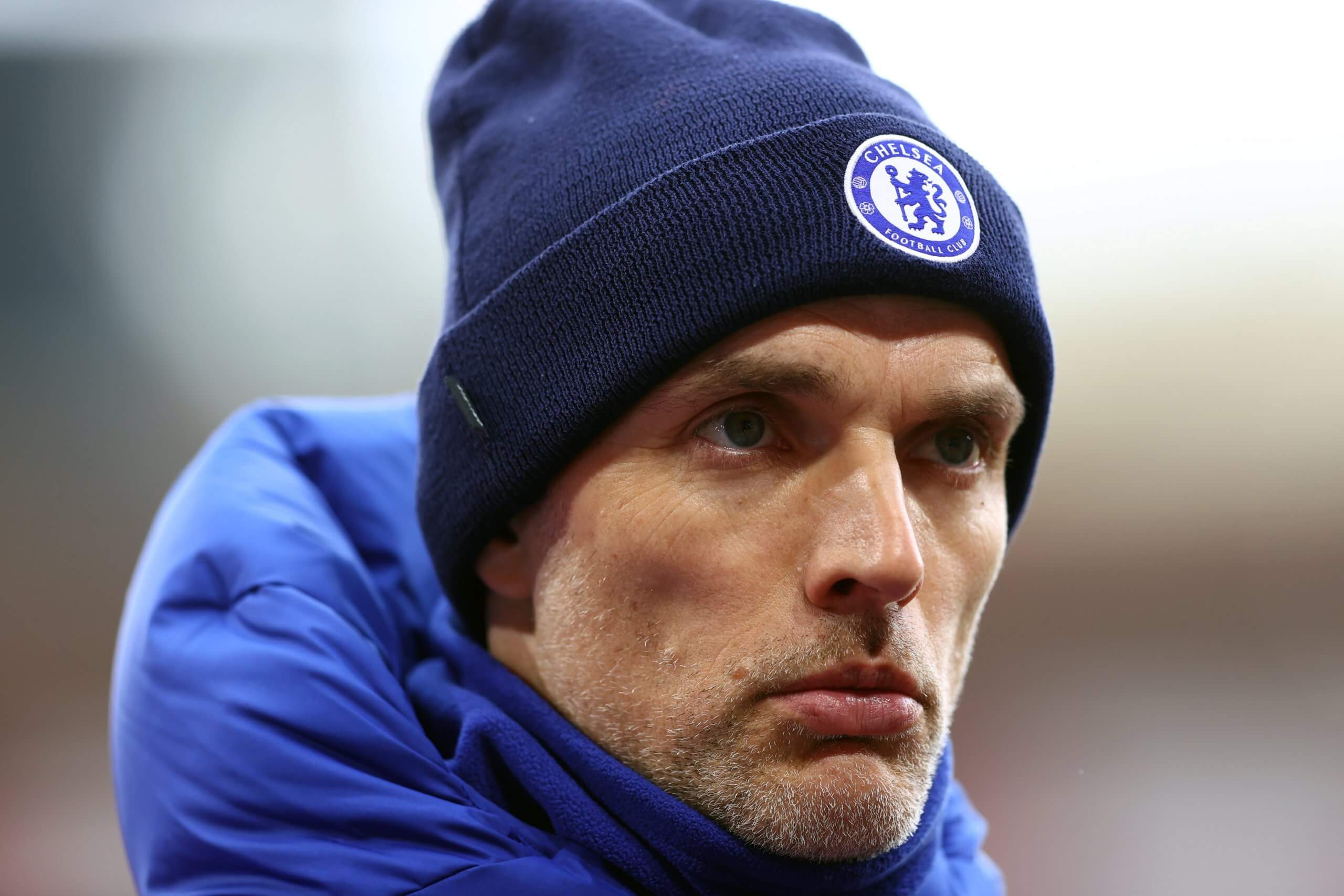 “As far as the coming season is concerned, Thomas Tuchel is going to have to prove himself,” says David Johnstone from cfcuk Fanzine.

“He did really well leading Chelsea to the Champions League last season. It was a fantastic result, a great game in Porto – for me and a few like me, I thought the whole event was better than in Munich in 2012.

“The team played better against a great Manchester City side and Tuchel managed to inspire the team and the supporters onto a great victory.

“But he’s only got to look at the history of managers under Mr Abramovich to know that if he doesn’t pull out the right results at the right time his P45 will be presented to him pronto.”

The Blues, at times, struggled for goals under Tuchel last season with Timo Werner bearing the brunt of the criticism directed at his misfiring forwards.

Werner, a £53m signing from RB Leipzig, scored 12 goals in all competitions last season, but only four of those strikes came in 2021, with the striker enduring a barren goalscoring drought. 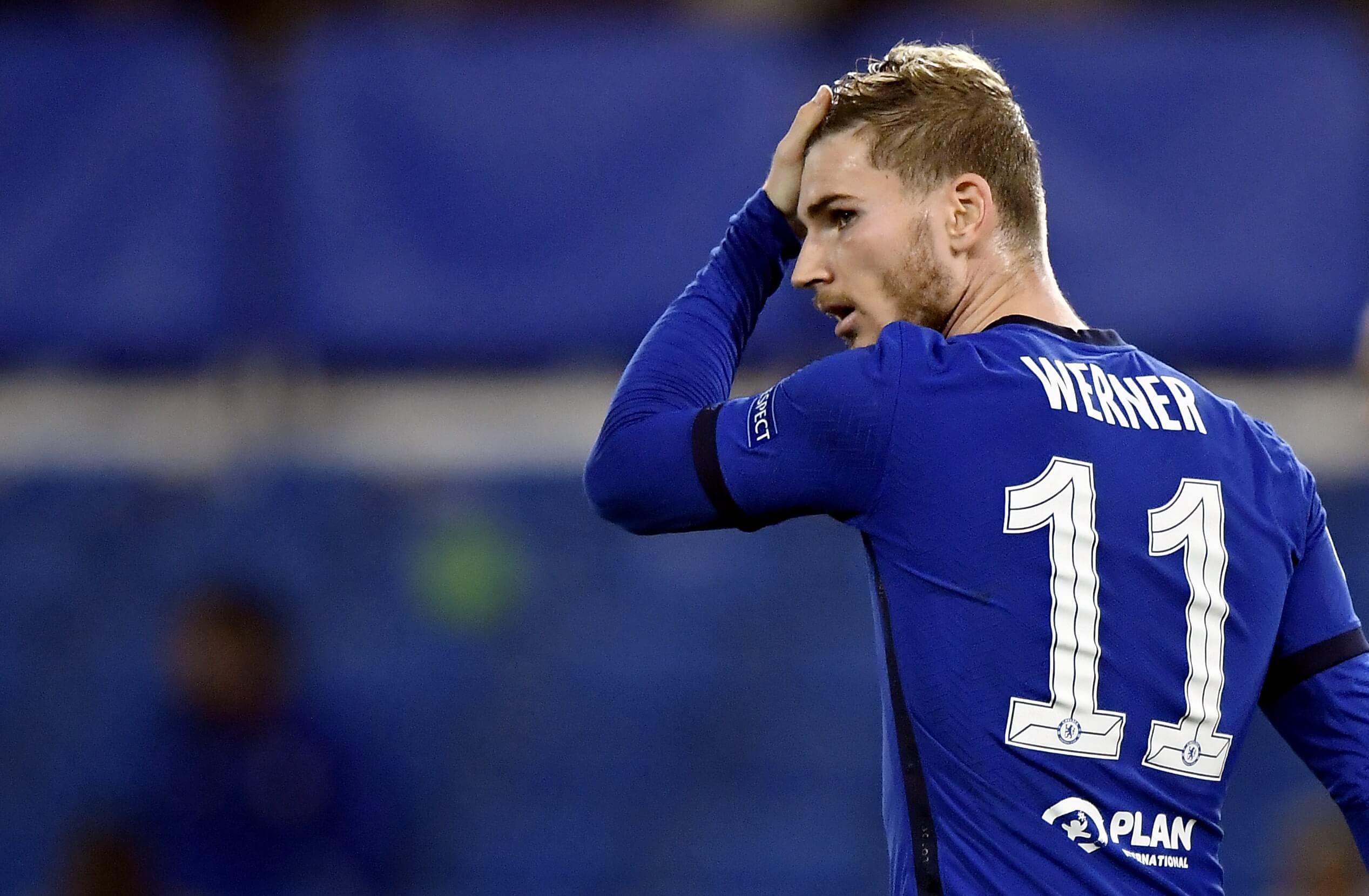 But despite the imminent arrival of Romelu Lukaku from Inter Milan for around £97 million, David still has plenty of belief in the beleaguered forward.

“Personally I’ve got a lot of faith in him,” he says. “I think he will go on to become a great player.

“People give him plenty of stick because of the chances he missed and say he hasn’t scored enough goals.

“His first season at Stamford Bridge, he scored a couple of good goals, he played very well and his off the ball movement is fantastic and I’m sure that in his second season he’ll prove all the doubters wrong.

“Hopefully Christian Pulisic will be able to say injury-free also, he’s a great player when he’s on form and an asset to the team.

“Kai Havertz is only going to get better and my two favourites in Mason Mount and Reece James can only improve too.

“To me, those guys are the pride of Chelsea Football Club having come through the youth system and as a Chelsea supporter, like many of my friends, they are the kind of players we want to see making it through to the first-team.”

With victory in tonight's #SuperCup, #CFC can make European history…

💬 “Even the mighty #LFC, who love to accuse #Chelsea of having no history, can’t say that.”@onlyapound | #ByFansForFans 🤝 pic.twitter.com/TvWzGKSXY7

But for all the talent Chelsea have at their disposal, not to mention the new big-name signings, it’s one of the club’s youngsters that David feels deserves his chance in the Chelsea ranks having completed a season-long loan deal to join Norwich City.

Billy Gilmour caught the eye of Blues everywhere when he burst onto the scene in an FA Cup tie against champion-elects Liverpool in March 2020.

After a disappointing debut in a 2-2 draw with Sheffield United, the young Scot came on leaps and bounds, and ran the game from midfield that night, showing sense and maturity beyond his years as Chelsea booked their place in the next round.

He made a total of 11 senior appearances in all competitions last season, as Chelsea finished fourth in the Premier League and won their second UEFA Champions League title.

Gilmour has three senior Scotland caps to his name and impressed on his first senior start for the national side in a UEFA Euro 2020 group stage draw against England at Wembley, but now finds himself beginning the season at Carrow Road. 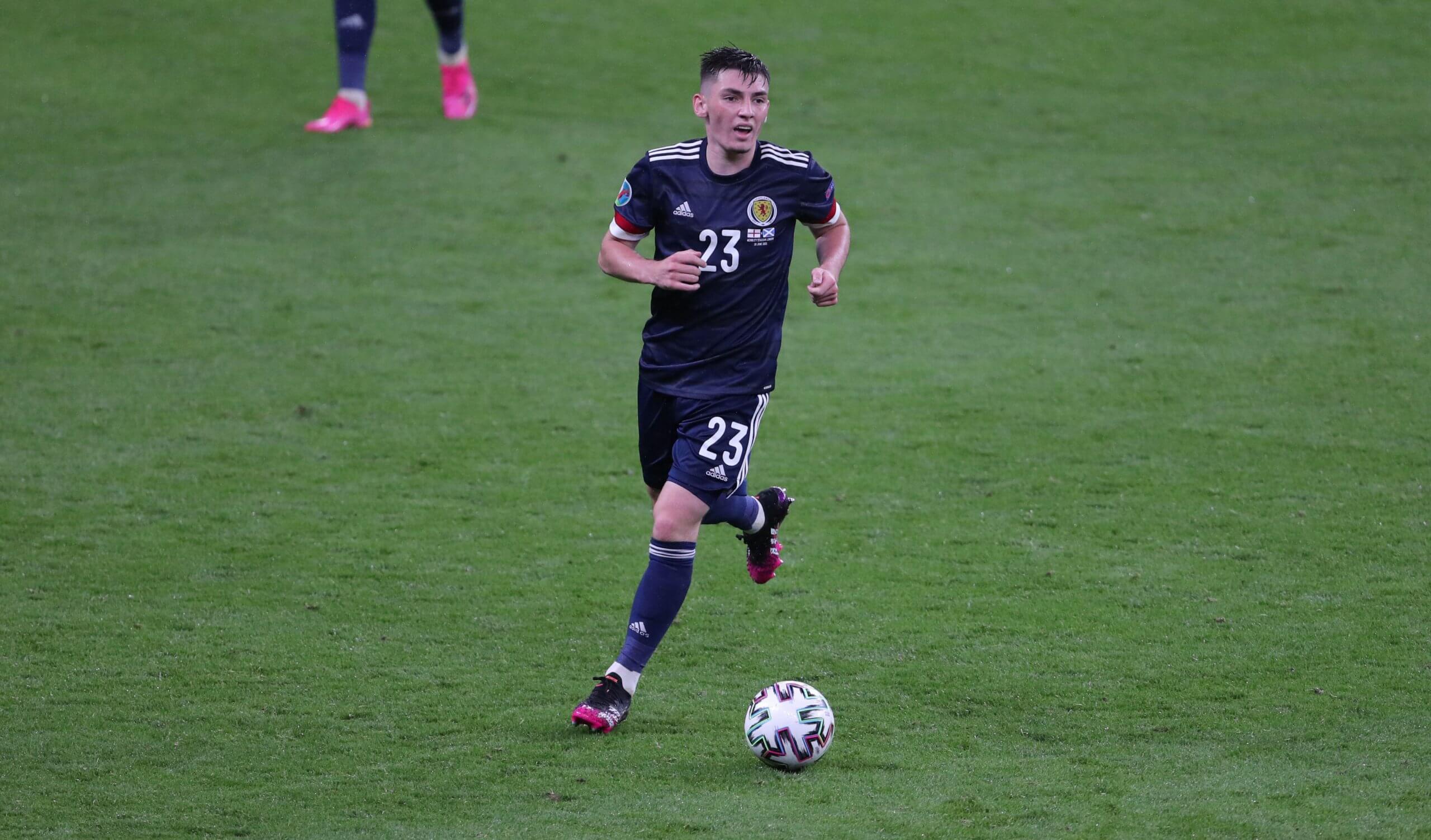 “I’m not sure about some of the decisions that have been made about letting players go and the loan moves that have been arranged, especially Billy Gilmour,” reveals David.

“Plenty of people think that Frank Lampard was 100 per cent correct to throw Gilmour in at the deep end.

“He grew and grew in every game that he played, in his FA Cup debut he was man of the match, as was he in his, European and Scotland debut.

“For me, going to play for Norwich is a backward step and hope that Billy comes back stronger next season and becomes a first-team regular at Stamford Bridge.”

The Blues kick-off their Premier League campaign against Crystal Palace at Stamford Bridge on Saturday as they look to improve on a relatively disappointing domestic campaign.

They finished 19 points below the champions last season and only sealed a top-four spot on the final day.

But before that, they have the small matter of facing Villarreal in the European Super Cup in Belfast on Wednesday evening.

The Spaniards, under the stewardship of former Arsenal boss Unai Emery, saw off Manchester United in the Europa League final in Gdansk last May to claim their first-ever European title and now face the newly crowned Champions of Europe at Windsor Park. 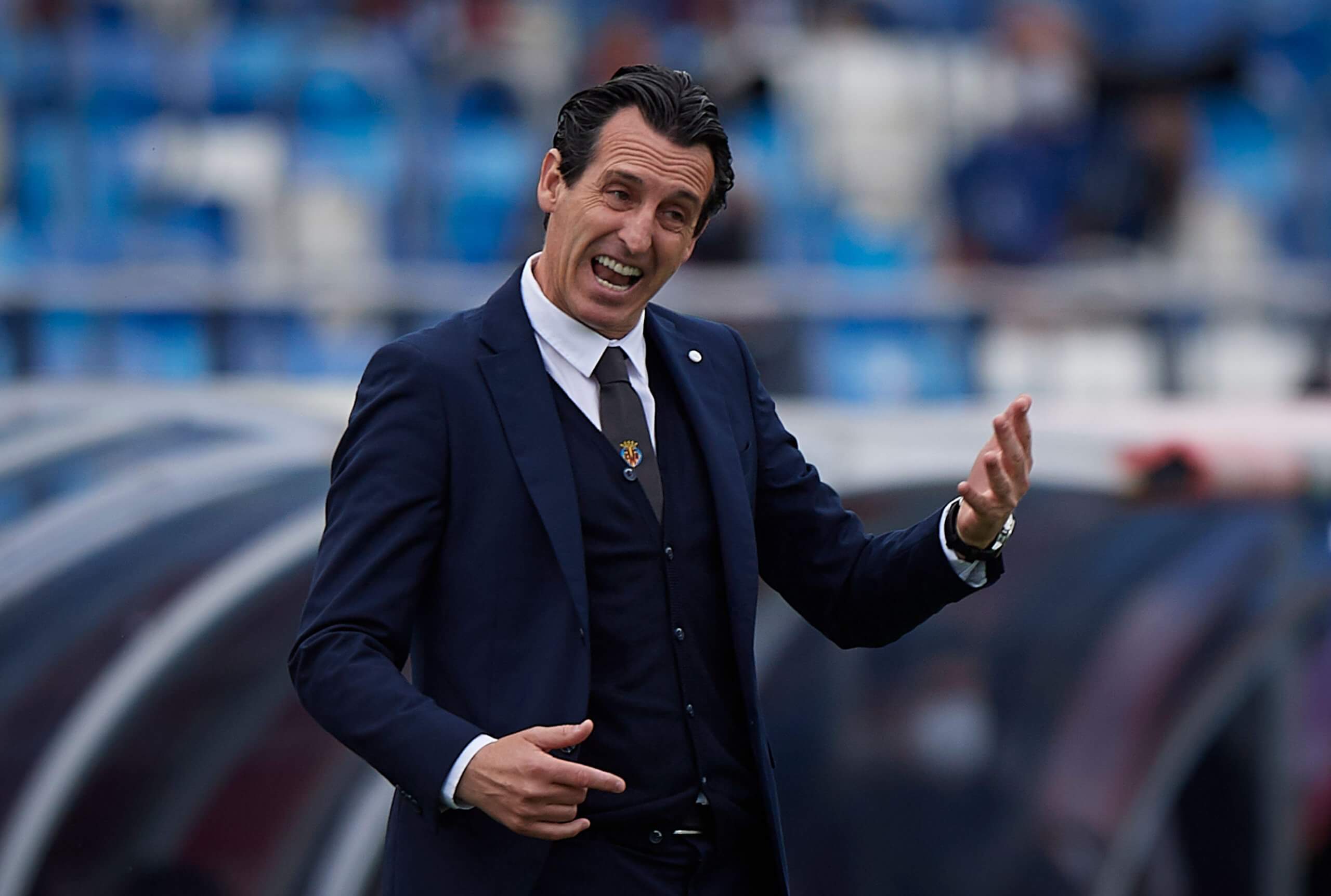 Chelsea won the Super Cup at their first attempt in 1998 after winning the UEFA Cup Winners Cup. However, they have lost their three subsequent appearances in 2012, 2013 and 2019.

Villarreal, however, will be competing in the Super Cup for the first time with the last Spanish winners being Atletico Madrid in 2018 and David believes this fixture is more than just a glamorous curtain-raiser to the new season.

“To me, this is slightly more than a glorified friendly,” he says.

“It would be great to see Chelsea lift the trophy and if they do it will mean they have won every European trophy they’ve competed for twice.

“Even the mightly Liverpool, who love to crow about winning the European Cup six times and accuse Chelsea of having no history can’t say that.

“We’ve won everything we’ve played for in Europe, Liverpool haven’t.”