Who should you include in Championship Acca?

We take a look at the best bets ahead of this weekend's Championship fixtures.

Preston recorded their first win since the opening weekend against Wigan last time out, as they’ve now picked up eight of their total nine points on home turf.

Prior to that victory, the visitors had lost seven of their previous 10 winless matches, with five of those defeats coming from their six road trips as they’ve drawn a blank on four occasions.

Meanwhile, Hull have narrowly lost 1-0 in each of their last two outings, both coming against tough top-four sides Sheffield Utd and Leeds – which is nothing to be ashamed of – while they held fourth placed Middlesbrough to a stalemate prior to that.

In fact, they’ve won their sole game this season hosting a fellow bottom-six outfit in the shape of Ipswich, with that victory maintaining an unbeaten run against such teams at the KCOM Stadium that stretches back to the start of the 2015/16 season – winning nine of 13 games. 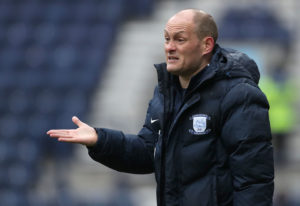 Preston North End manager Alex Neil will be hoping to take something from the game.

These two sides are really struggling this season as they both occupy a space in the bottom six. Reading are W2-D3-L7 from their 12 matches so far this term, but seven of those have come against top-10 outfits and so it hasn’t exactly been an easy start.

Millwall have had a similar looking season with only two wins to their name, but they’ve also had a tough ride with only three of their 12 fixtures coming against teams in the bottom half.

However, they suffered defeat in both such road trips as they’ve lost four of six winless games on their travels overall, even failing to score on four occasions as they’ve netted just three times.

A low-scoring affair looks to be on the cards with Reading only scoring more than a single strike in one of their six home matches, as these two seemingly lack the firepower to play out an action-packed thriller. 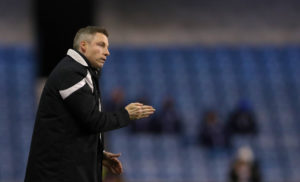 Millwall manager Neil Harris needs his team to bounce back from their poor form.

Rotherham lost at Birmingham in their last outing, though the Blues came into that game unbeaten from their previous seven, and so it won’t raise too many alarm bells for Paul Warne’s men – who have been notoriously bad travelers this season.

However, they return back to the New York Stadium for this one where they’ve won two and drawn two over their last four, keeping a clean sheet in three of them, though only one saw more than a single strike.

Bolton appeared to have turned the corner with a 1-0 victory over Derby a few weeks back, but they’ve since been downed by Blackburn and Stoke and have subsequently dropped to 16th in the table.

They’ve also had low-scoring affairs as each of their last five outings have seen fewer than three goals, including away ties with Boro, Ipswich and Stoke, and so we don’t expect this to be too entertaining for the neutral either. 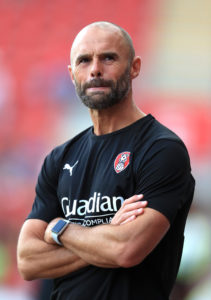 Rotherham United’s Paul Warne will be expecting a win this weekend.

Hull City: ‘McCann has to go.’