Which team can emerge triumphant in Kiev?

Barcelona, Bayern Munich, Juventus, Liverpool, Manchester City, Roma, Sevilla and holders Real Madrid are the names through into the hat of the Champions League quarter-finals, but which ones are best equipped to lift the trophy in Kiev in May? 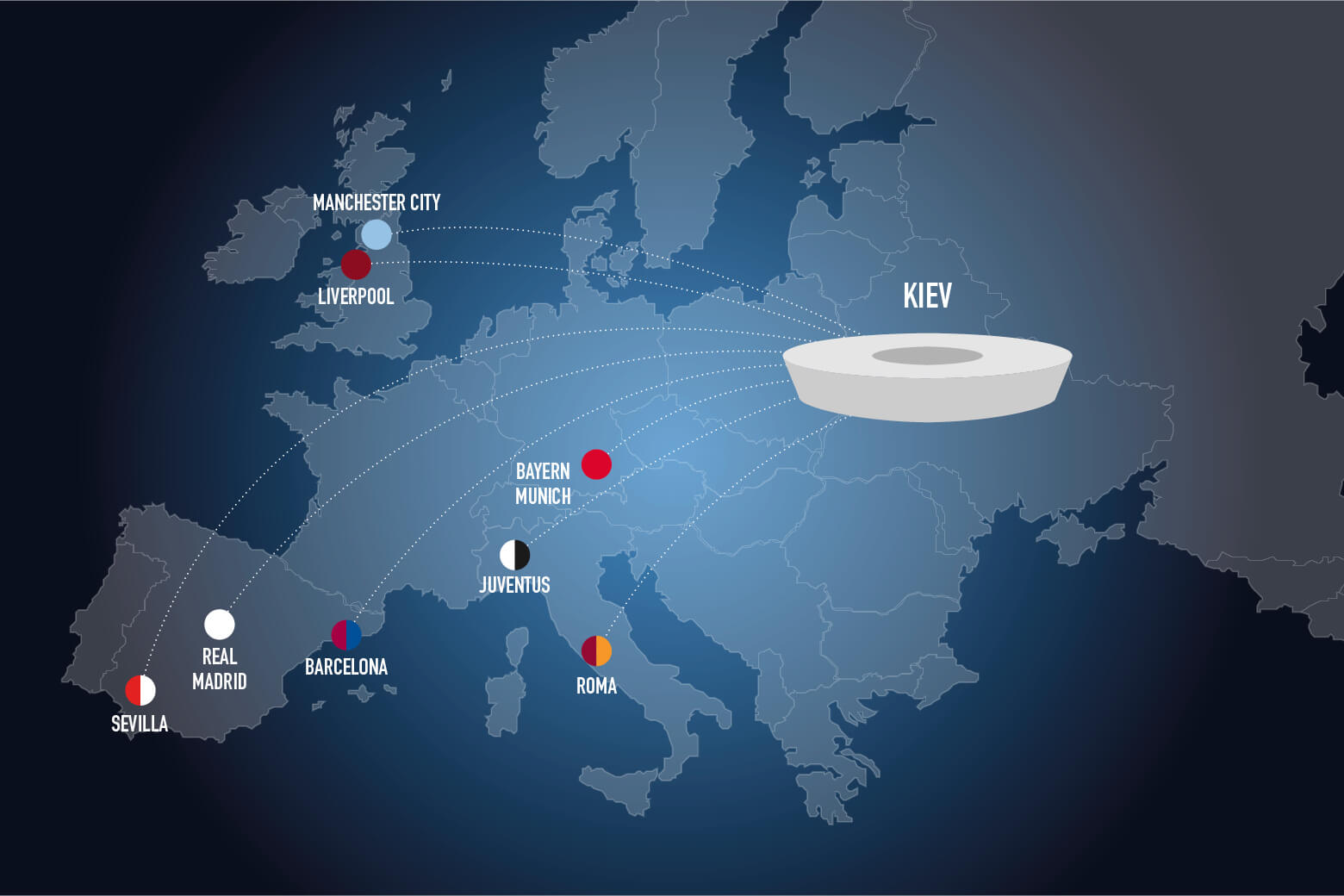 Lionel Messi was once again the star man in the last round against Chelsea and the Argentine international got Barca out of jail at Stamford Bridge. In the return leg Messi was on blistering form, putting the ball under Thibault Courtois either side of half-time and then setting up Ousmane Dembele for his first Barcelona goal. Messi appears to reach a new milestone every game he plays, but he set two new records during the game with Chelsea; he scored the fastest goal of his career after two minutes and eight seconds before reaching his 100th goal in the competition.

The Spanish giants haven’t got past the quarter-final stage since the 2014/15 season when they went on to lift the trophy against Juventus in Berlin.

The German side have won seven of their eight Champions League games this term and they breezed into the quarter-finals after an 8-1 aggregate victory over Besiktas. Bayern Munich, managed by Jupp Heynckes will have his fingers crossed for an easier route into the semi-finals after the German’s were knocked out last season by Real Madrid.

Robert Lewandowski is Bayern’s top goal scorer in the competition with five goals to his name and the Polish striker is still yet to win the competition but was a runner-up in 2012/13 when Arjen Robben struck late for Munich when they defeated Lewandowski’s former employers Dortmund at Wembley.

Last season’s runners-up, the Italian champions will want to go one step further and consolidate themselves within Europe’s elite. Last season they brilliantly beat Barcelona 3-0 then going on to hold the Spanish giants to a 0-0 draw in the second leg.

Their top scorer this season in the Champions League is Gonzalo HiguaÃ­n who has scored five times three of his goals coming against Tottenham Hotspur in the last round.  Juventus have reached the quarter-finals 17 times and progressed in 12 of those. Can they add to that impressive record this season?

This is the Reds first quarter-final in nine years when they were defeated by Chelsea 5-7 on aggregate which was one of the most entertaining Champions League games in recent times. Liverpool are still unbeaten in the Champions League this season, Roberto Firmino is Liverpool’s top scorer in the competition and confidence is high in the Liverpool camp as they eased into the quarter-finals following a 5-0 win over Porto over two legs. JÃ¼rgen Klopp’s men are also the top scorers in the competition with an impressive 28 goals.

The favourites to lift the Champions League in May despite only getting past the quarter-final stage just once. Kevin De-Bruyne’s goal at the Etihad against Paris Saint Germain in 2016 sent City into the semi-finals to set up a tie against Real Madrid. Following a goal-less draw at the Etihad the Spanish side knocked City out with a 1-0 win at the Bernabeu.

But Manchester City are a different animal now and with the form of Sergio Aguero, Leroy Sane, Raheem Sterling and Kevin De-Bruyne it makes Pep Guardiloa’s men favourites to win the competition for the first time.

With the top-scorer in their ranks, Cristiano Ronaldo has 12 goals so far and the five time Balon d’or winner will be hoping to add a fifth Champions League to his name. The 12-time competition winners knocked out PSG in the last round 5-2 on aggregate and they will fancy their chances to lift the trophy again. Last season at this stage, Real Madrid beat Bayern Munich 6-3 over two legs and Ronaldo no surprisingly stepped up to score hat-trick.

The three-time quarter-finalists haven’t reached this stage of the competition since the 2007/08 season when they lost 3-0 to Manchester United. Former Manchester City striker Edin Dzeko is the club’s top scorer in the competition with four goals and three assists to his name. The striker who failed to cut it in the Premier League despite helping City lift the title, recently broke an incredible record of becoming the first player to score 50 goals in three of the big five European leagues, making him one of Europe’s top strikers.

And it was Edin Dzeko who sent the Italian side into the hat for the last eight in a 1-0 win over Shakhtar Donetsk sending them through on away goals.

The five-time Europa League winners knocked out Manchester United at Old Trafford on Tuesday night when Wissam Ben Yedder come off the bench to send the Spanish side through into the last eight against all the odds. They haven’t reached the quarter-finals since 1958 when they were humiliated by Real Madrid, 10-2. Sevilla will be hoping to avoid one of the super giants but we all love a David v Goliath story which they could star in.

Liverpool: ‘Others are writing us off, but we can be champions again’