Celtic’s Rangers challenge can help them in Europe

Can Rangers and Celtic help each other in Europe?
James Nalton  |  3rd December 2018

The familiar Christmas conundrum: what do you get for those who already have everything? In the case of Celtic, this might be a bit of European success, or maybe even something which they don’t think they need, but will be good for them in the long run — some domestic competition.

When Celtic lifted the League Cup after defeating Aberdeen at Hampden Park this weekend, it became their seventh consecutive domestic trophy won under Brendan Rodgers. It was their 22nd successive win in domestic cup games since Rodgers’ arrival in 2016.

They were unbeaten in the league during Rodgers’ first season in charge, finishing 30 points ahead of second place Aberdeen, and last season finished top again, nine points ahead of the Dons.

This season has panned out differently with Hearts sitting at the top of the table for much of the early part of the season. A dip in form then allowed others to challenge the Edinburgh club, with Kilmarnock remaining in the mix, Celtic eventually topping the table in round 13, and Rangers moving top this weekend having played a game extra due their city rivals’ involvement in the League Cup.

The domestic competition is starting to arrive, and rather than it being a threat to the Bhoys dominance, it should be seen as a way for them to improve and perhaps be better prepared for the challenges they face on the continent.

Our friends at Football Whispers take a look at how the domestic game can help Scottish sides, including Celtic, make waves in Europe.

Back Rangers at 5.50 to win the Scottish Premiership with FansBet*

It’s fair to say that Rodgers and Celtic have struggled on the European stage. They were handed a tough group in the Champions League during his first season at the club, where they had to face Barcelona, Manchester City, and Borussia Mönchengladbach. They finished fourth as may have been expected, and this allowed them to concentrate on remaining unbeaten domestically for the rest of that season.

A big test of Celtic’s progress lies in Europe, and even during the qualifying rounds of that season there were worrying results, especially the Shock of Gibraltar, where they lost 1-0 to Gibraltarian side Lincoln Red Imps before saving face in the home leg.

Due to the way seeding works and the pots are arranged, Celtic will often be handed tough groups in the Champions League, and this was the case again the following season where they came up against Paris Saint-Germain, Bayern Munich, and Anderlecht.

They shipped 12 against PSG, but a win against fellow strugglers Anderlecht meant they finished third and dropped into the Europa League, but they were disappointingly dispatched in the first knockout round against Zenit Saint Petersburg.

Celtic are 1.29 to beat Motherwell on Wednesday night*

While beating the likes of Barca, PSG, and Bayern is a big ask, they should be looking to perform better against the likes of Zenit, and struggle to transfer their domestic success, and even their style, to Europe.

This season Celtic failed to get through the Champions League qualifiers, with a 3-2 defeat over two legs against AEK Athens seeing them drop straight into the Europa where qualification for the knockout stages currently hangs in the balance going into the final game.

It’s the first time Celtic have been in the Europa League group stages under Rodgers, and again this is the level they should be looking to assert some of the style dominance they show against Scottish sides.

But with Steven Gerrard’s Rangers sitting at the top of the Scottish Premiership, Celtic have competition on two fronts, which can go one of two ways. It could see them lose focus in one competition due to the distraction caused by the other, but ideally it will help them become stronger, more solid, less complacent, and give their fans the idea that their side need to win rather than simply wondering how they will win.

It will provide constant competition, the need to be at their best in every game, and be forced to raise their level to meet constant challenges, rather than needing to do this for one-off European games, where they might overthink things or let the occasion get to them. Coupled with a stronger domestic league, these European clashes become just another game, another chance to improve, and an opportunity to impress their own style rather than second guessing what the opposition might do.

None of this should undermine the performances of Rodgers’ Celtic on home soil to date. That first season shouldn’t be underestimated in terms of how big an achievement it was in the history of the club. Neither is it to downplay the task which faces them in Europe, even against second tier sides who often have superior financial backing.

But this is a chance for Celtic to knuckle down and make the next step, and it may even encourage the likes of Rangers, Hearts, or Aberdeen to make it with them. 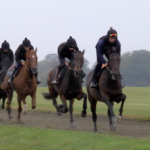 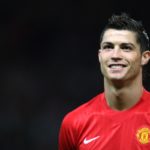 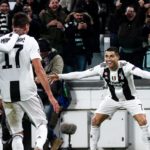