For almost five years in the mid-1970s, the fiery Scot was just the tonic that an ailing Manchester United and their frustrated supporters needed.

Tommy Docherty’s four-and-a-half years at Manchester United saw him take the club back into the old First Division and to successive FA Cup Finals – giving hope and enjoyment to supporters who had been starved of success since the days of the Busby Babes.

Beginning his playing career at Celtic he made his name playing more than 300 league games for Preston North End as a right-half in the 1950s.

Finishing his career at Arsenal and then Chelsea, he also represented Scotland 25 times and was part of the squad that competed in the 1958 World Cup in Sweden.

But it was as a boss that the fiery Scot really made his name, managing more than a dozen clubs including Chelsea, Villa, Porto, Derby and QPR, but it was his spell at Manchester United for which he will always be best remembered.

He saved the Red Devils from relegation in his first season, took the club into the Second Division the next, secured promotion in emphatic style a year later, and was then sacked for having an affair with the physio’s wife just weeks after beating Liverpool in the FA Cup final.

No surprise, then, that ‘The Doc’ is regarded as one of the most charismatic football managers of his time.

Loud, brash, confident, and highly knowledgeable, Docherty was more than capable of handling the pressures that came with the job and revelled in the spotlight. 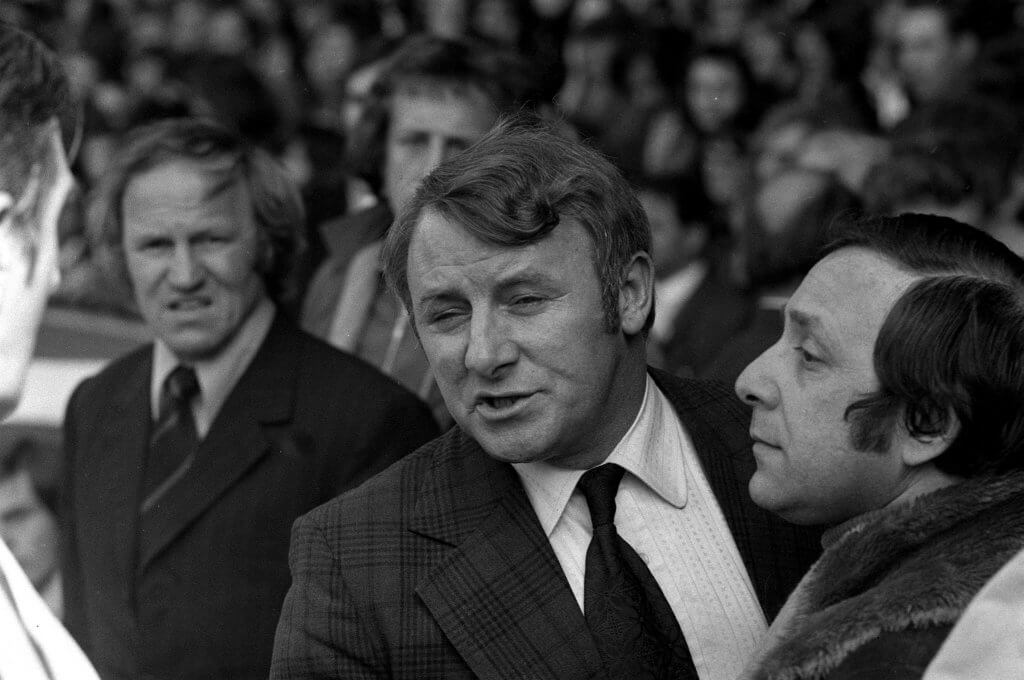 The outspoken Scot was a firebrand with a fierce tongue and a wicked sense of humour to match, and he appealed to United’s beleaguered supporters almost immediately when he burst through the doors at Old Trafford.

The club had been in freefall following the resignation of Matt Busby in 1969, just a year after United had won the European Cup for the first time in their history, and had turned to the youthful Wilf McGuinness, a former player and Busby Babe whose career had been cut short by injury.

But a failure to command the respect of his peers, many of whom were well past their best, resulted in the 39-year-old being relieved of his duties after just 18 months in charge.

Next it was Frank O’Farrell’s turn to try and steady a badly-listing ship, but despite some early promise the Irishman was relieved of his duties in December 1972, paving the way for the arrival of the larger-than-life Docherty a week later.

United just about avoided relegation, finishing fifth from bottom on 37 points, though the end of that campaign would see Bobby Charlton and Denis Law depart Old Trafford along with George Best, who would walk away from the club not long after.

The escape was merely a stay of execution though, and 12-months later the inevitable happened as a miserable season – which saw United win just 10 games and lose 20 – resulted in them being relegated for the first time in almost 40-years. 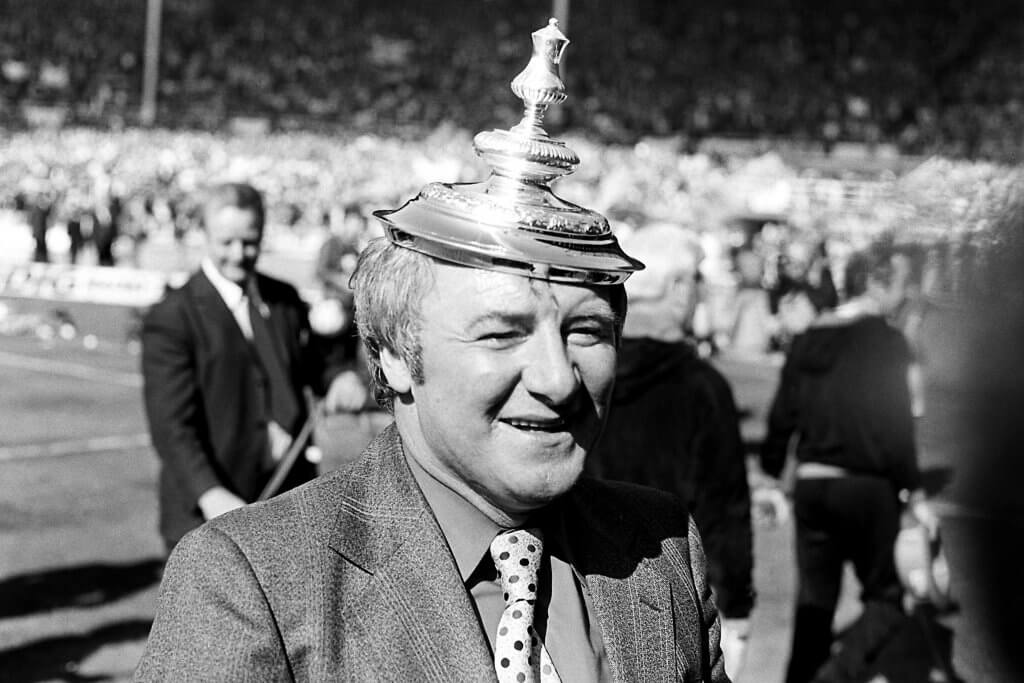 The Red Devils stormed back into the top-flight after just one season in Division Two, a campaign which saw them play some of the most exhilarating and attractive football Old Trafford had seen for years.

United came sixth in their first season back in the top flight, followed by an impressive third-place finish a year later along with an FA Cup final appearance which they lost to Southampton.

Without doubt, the highlight of Docherty’s time at Old Trafford came when his side overcame Liverpool to win the FA Cup at Wembley in 1977, not only the club’s first trophy for almost a decade but also a win which robbed Bob Paisley’s side of the treble that season.

But just a few weeks later, the man who had rejuvenated Manchester United and given their long-suffering supporters reason to be cheerful once again, would leave the club when news broke that he was having an affair with the wife of United physiotherapist Laurie Brown.

The United board terminated Docherty’s contract on the grounds of gross misconduct, and ‘The Doc’ found himself amongst the ranks of the unemployed.

“I must be the only man to lose his job for falling in love,” Docherty would say of his involvement with Mary Brown, the woman he would eventually marry.

But for five years in the mid-1970s he was just the tonic that an ailing Manchester United and their frustrated supporters needed.