Goalscorer betting tips for every round of Bundesliga matches.

Another weekend of Bundesliga action is here with plenty of potential goalscorer markets to back. Form Labs pick out their top five potential scorers for week 11. Check out their betting tips and odds around who could find the back of the net this weekend. If you are looking for more value across the top European Leagues for this weekend then why not have a look at our traders special enhanced markets here!

Since Lucien Favre rocked up at Dortmund no team has scored more goals in the Bundesliga. They’ve averaged exactly four goals per game at the Westfalenstadion this season from five matches, and given there have been as many as 27 strikes across the six meetings between these two sides since April 2017, we’re expecting goals. Moreover, the visitors’ defense hasn’t quite lived up to its usual billing with only two clean sheets from their 10 matches this term, coming against rock-bottom Stuttgart and 14th-placed Schalke as they’ve conceded nine times across their last six. For the hosts we just favour captain Marco Reus over same priced Paco Alcacer following two recent poor showings against both Wolfsburg and Atletico. Reus has had a say in nine goals across his last seven league outings, while his last appearance against Bayern saw him score and provide an assist in the 2016/17 DFB-Pokal Cup semi-finals.
Given the high-scoring nature of this fixture, with both sides firing into the back of the net in five of their last six meetings, we fancy a Bayern goal scorer too. We’re surprised to see Robert Lewandowski at such a big price given 10 of his 11 goals in all competitions have come from his nine road games, while he’s scored as many as six goals in his last three league matches against his former employers.

Leipzig have climbed to fourth in the table after winning five of their last eight unbeaten games. They netted two or more strikes in each of those victories as only three teams have scored more than their 12 goals at home this season. Leverkusen on the other hand, have lost five their 10 matches so far this term, as each defeat came from their seven matches against top-11 sides. Indeed, across those games they conceded an average of 2.57 goals per game as five of them saw four or more strikes.

It has been a fairly slow start to the season by Timo Werner’s standards but the German international is still his sides’ top scorer with six goals. He netted twice in their last fixture against Hertha Berlin and with the hosts likely to rest him in their Thursday Europa League clash with Celtic, he’ll be raring to go. Moreover, there have been four meetings between these two sides since 2016/17, with a total of 15 goals across them as Leipzig lead the head-to-head W2-D1-L1 with Werner netting last term.

Dusseldorf currently sit joint last in the Bundesliga and it doesn’t look like it will get any better for Friedhelm Funkel’s men. They have conceded a joint league high of 24 goals while on home form alone they have the standout worst record with only three points from their five matches. They’ve lost each of their last six outings both home and away, shipping an average of 3.3 goals per game across these while only netting two of their own.

Hertha Berlin may not be excelling either but they’ve put in some much better displays than their opposition with four wins from their opening 10 matches. Interestingly, they’ve played five of the current top-six in this time, proving just how hard their fixture list has been, and to be sitting in the top-half of the table is a testament to them. Moreover, they have scored in four of their five road games this season, only failing to do so against Mainz while netting at least twice in three. We like the skipper Vedad Ibisevic to add to his season tally of four goals here. He averages more shots per game than any team mate and against this weak defence that will surly pay dividends – not to mention he scored within the same minute of coming on in their last away match at SV Darmstadt in the DFK Pokal.

Sebastien Haller has been in spectacular form for Frankfurt over the last month, netting four goals across his last three league games to take his tally this season to seven. In fact, in all competitions he has scored five in his last four outings, including three assists as he’s provided a goal or assist every 36.4 minutes across these That form has been helped by his teams’ attacking ethos with 17 goals scored across their last five unbeaten Bundesliga appearances, winning four of them and making them the joint second highest goalscorers in the Bundesliga.

Haller put in an inspirational performance in his sides’ 3-0 win over Stuttgart last time out while he got on the scoreboard the last time Schalke came to town last season, so we’ll certainly be getting behind him at a generous price. 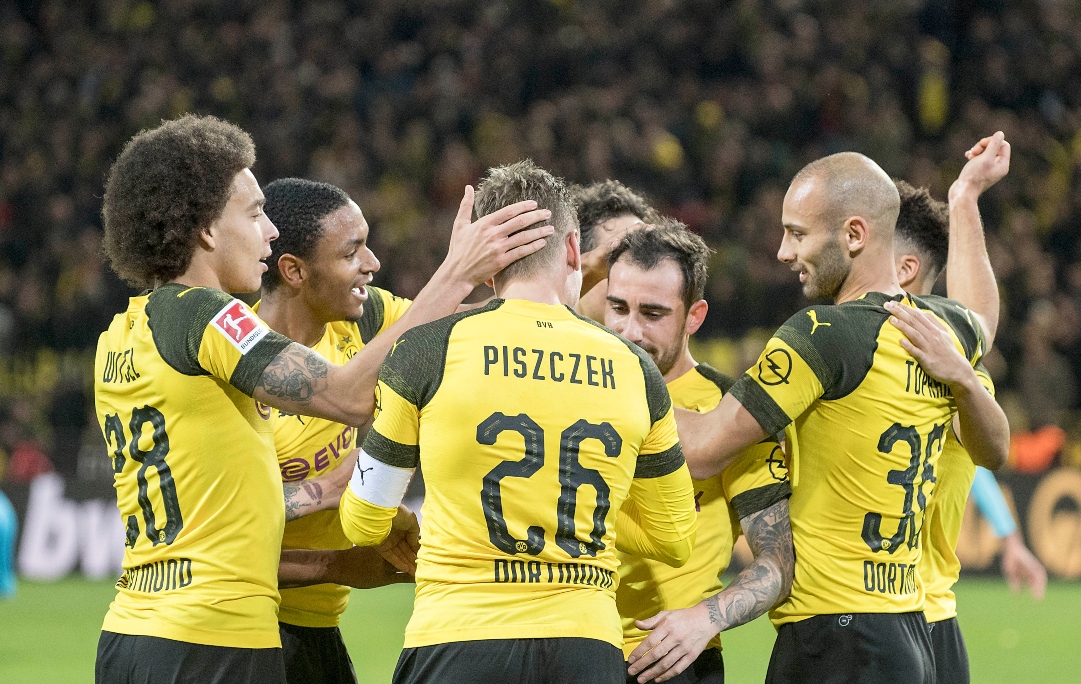