The little Brazilian made the move to England when few of his countrymen were prepared to and set a precedent for future players over the decades to come.

Bryan Robson pulled off some transfer coups during his time as boss of Middlebrough, but this one trumped them all as one of the most sought-after stars in world football arrived on Teeside for £4.75m in October, 1995.

In the mid-1990s, newly promoted Middlesbrough had money to burn and manager Bryan Robson was in the mood to spend.

Backed by local businessman Steve Gibson, Boro had been promoted to the Premier League and the chairman was more than happy to dig deep and put his money where his mouth was.

But rather than just seeking out a selection of journeymen and bit-part-players that are usually snapped-up when a club has a few quid to spend  – they were to target the very best on the market.

Having joined from São Paulo, Juninho was paraded at the recently constructed Riverside Stadium in a huge statement of intent by the club – he was still young, hungry, in his prime and was keen to show the world what he could do – at Middlesbrough of all clubs.

The midfielder brought a style of football that had not been seen in the North East, and the fans grew to adore him. Having only just being promoted, Juninho boosted the club’s image not just across the country but around the world. 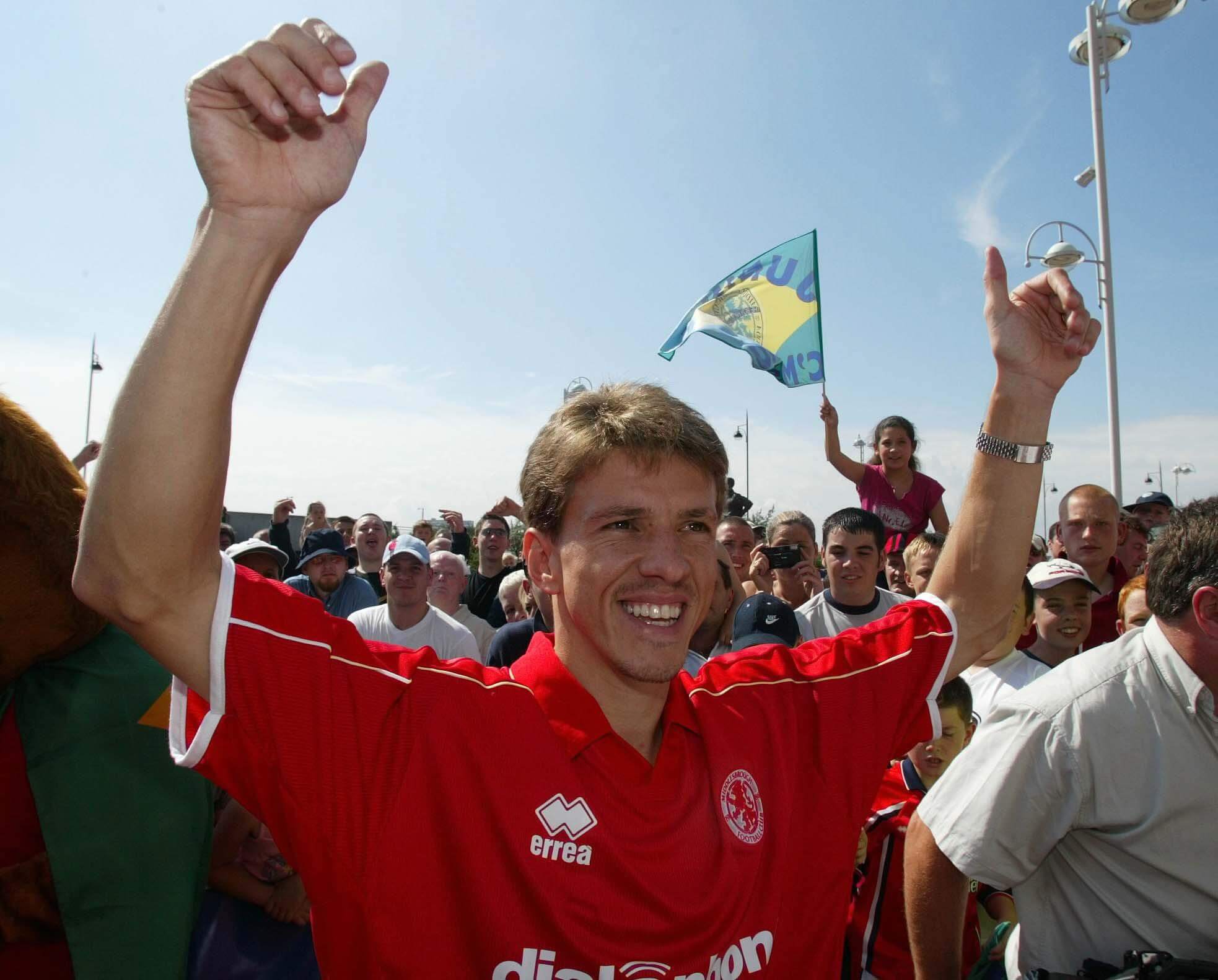 “Juninho signing for Middlesbrough was absolutely massive for the area,” Jonny from the The Boro Breakdown Podcast tells FansBet.

“It was a special time, a special era and I’m sure if you asked anyone on Teesside: ‘where were you when Juninho signed?‘ they’d be able to tell you for sure.

“That’s because the Brazilian player of the year had just signed for a newly promoted Middlesbrough Football Club.”

His skill level was something the club had rarely, if ever, seen, and playing in an attacking midfield role, he could light up even the dullest of matches.

He made his debut on 4 November 1995 at home to Leeds United, setting up the opening goal for Jan Åge Fjørtoft in a 1–1 draw while his first goal for the club came against Manchester City in a 4-1 win as the club eventually finished 12th on their return to the top-flight.

But it would be the 1996/97 season which would be as tumultuous as it was memorable for Middlesbrough and their supporters, with the little Brazilian playing a huge part.

That summer the skilful Brazilian Emerson joined his compatriot Juninho at Boro, followed by Champions League winner and Italian international Fabrizio Ravanelli, who signed from Juventus for £7 million. 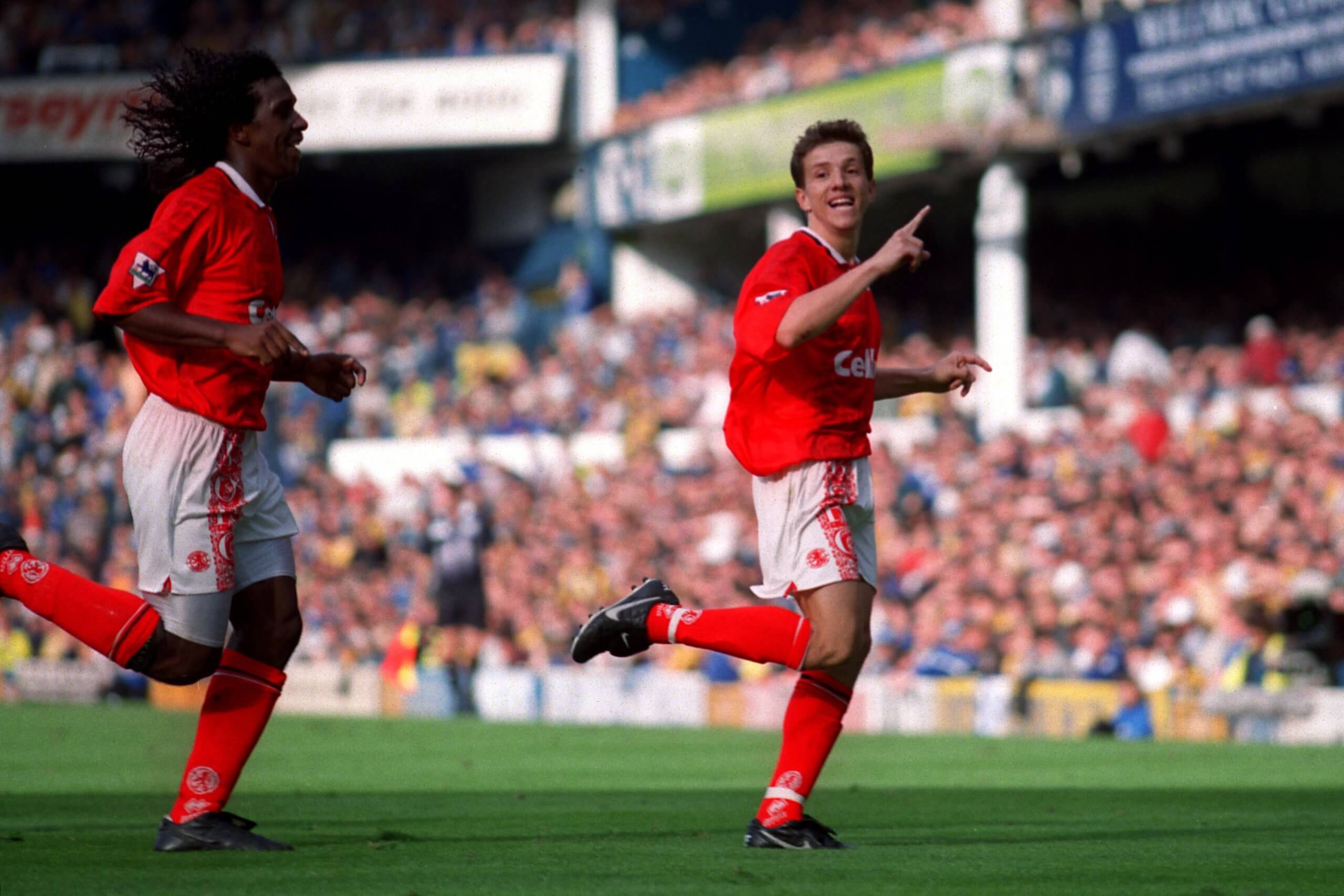 Danish international Mikkel Beck came from Fortuna Köln, while Branco, capped 72 times by Brazil, later arrived to join what was to be known as the “United Nations” of football.

“The Brian Robson era for Middlesbrough will go down in folklore history across Teesside and maybe English football,” says Jonny.

“Let me repeat that… Ravanelli, who just scored the Champions League fi nal winning goal and then a couple of weeks later signs for Middlesbrough. The players we were linked with like Batistuta, Roberto Carlos, Paul Ince, it was utter madness.”

Juninho would play 48 games, score 15 goals while also leading Boro to two cup final – both losses – and then relegation after a points deduction – breaking down and weeping on the pitch after drawing at Leeds when a win was needed to stay up.

“Although Boro could be fun to watch, we could barely defend,” admits Jonny.

“Bad decisions off the pitch and some unprofessionalism here and there was ultimately the downfall.

“Boro could have made something special even more special, but we will also be known as a team that got deducted -3 points and ultimately relegated.” 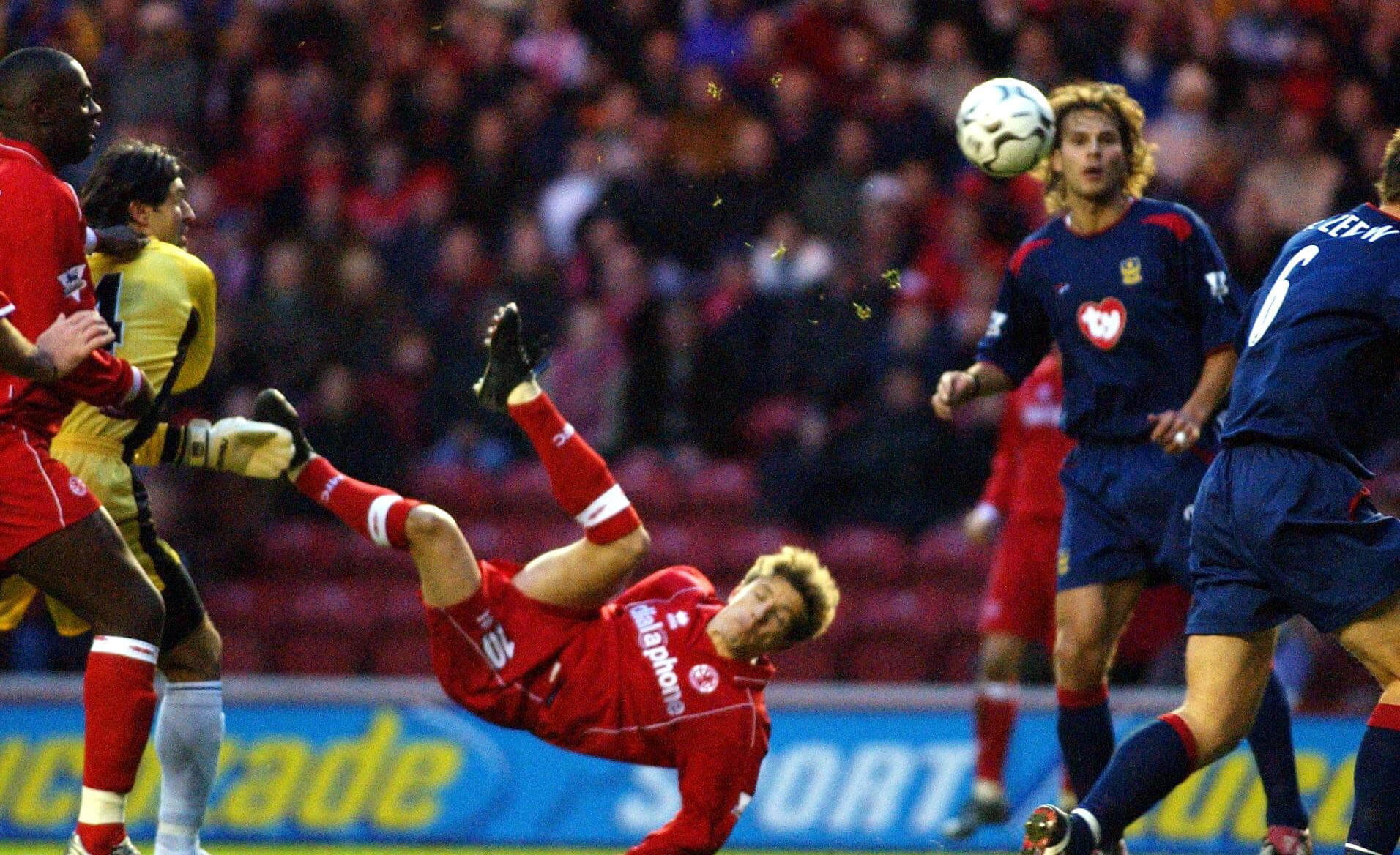 At the end of that campaign Juninho would leave Teeside and join Atletico Madrid but, in his two years at the Riverside, he had brought so much excitement and fun to the club that no one could begrudge him wanting to move on.

The pull of Teesside proved too much to resist, however, and he came back on loan for the 1999/2000 season and once again in 2002 – this time permanently.

The latter spell culminated in a 2-1 win over Bolton in the final of the 2004 League Cup – a trophy he later said meant more to him than winning the World Cup with Brazil.

As well as being one of the most popular players ever to play for Middlesbrough, Juninho is today seen as something of a pioneer of English football.

He made a move to England at a time when few Brazilians were prepared to do so, and set a precedent for future players over the decades to come.

Scoring 29 goals in 125 Premier League games, the little maestro proved that Brazilians can be a success in a league that seemed to clash with the Brazilian style and culture of football, with many future players following his example. 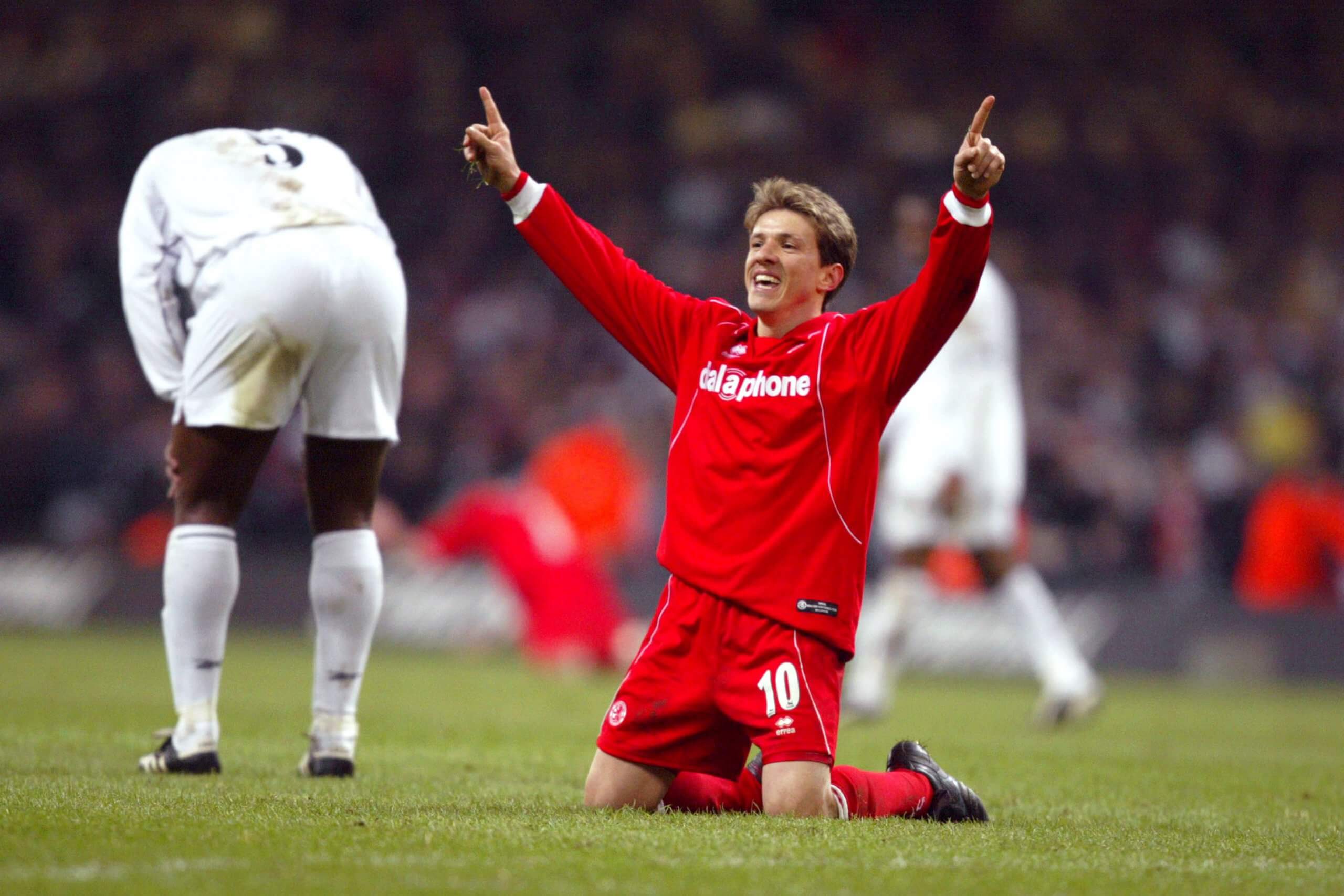 Had Juninho never proved to be such a hit, the likes of Philippe Coutinho and co. may never have braved the move and followed in his footsteps.

“Juninho is a god on Teesside. He always will be,” explains Jonny.

“He loves the area and we love him. He will go down as one of Boro’s best-ever players, as well as opening the door for a host of foreign stars to follow in his footsteps.

“Some of the foreign players we’ve had over the years has been incredible!

“In the ‘90s we had Marco Branca, Festa, Emerson, Ravanelli, Hamilton Ricard and a personal favourite just because he was a loose cannon and a complete liability – Vladimir Kinder.

“In the 2000s you’re looking at Mendieta, Viduka, Hasselbaink, Doriva.

“But Juninho’s legacy is everywhere and we still sing his name at games. Everyone knows who Juninho is and he is arguably the best Brazilian to grace English football.”