BMW Championship: The race is on as big names battle for a spot at East Lake

The penultimate FedEx Cup playoff event on the PGA Tour schedule takes place this week after a cutthroat Northern Trust tournament that saw 55 players cut from the race for the trophy.

The BMW Championship heads to the Medinah Country Club as the no. 3 course features in the playoff rotation for the first time as the top 70 eligible players compete on this challenging course. The remaining players include plenty of big names who will be battling to make the all important top 30 Tour Championship at East Lake.

Patrick Reed ended a winless streak that stretched all the way back to his Masters triumph in 2018 at the Northern Trust last week, and he did so with relative ease as no one in the final few groups shot more than a couple under par. That somewhat of an anticlimactic finish was telling of a week where the most interesting things happened off the course.

First with Tiger Woods withdrawing due to a back problem. Then the videos of Bryson Dechambeu walking of a 70-yard shot and him taking over two minutes on an eight foot putt surfaced and all hell broke loose. Many of the top players criticised him publicly and even the PGA Tour put out a statement that they would be looking to adjust their slow play policy.

Golf must be the only sport where you have a clear rule that just isn’t being policed, hopefully this week’s incidents will change that.

The last time we saw this course at the 2012 Ryder Cup it was set up much shorter and easier than what we can expect this week.

We can expect a long and tough test on a treelined and dogleg heavy course. Two of the par 5s are over 600 yards while the other two are reachable by most in the field. Six of the par 4s measure between 450-500 yards. All the par three’s are over 190 yards and the 13th clock in at a cool 245 yards all off it over water!

The greens are average in size and are reportedly really firm because a lack of rain this summer, they are protected by run off areas, water and bunkers. 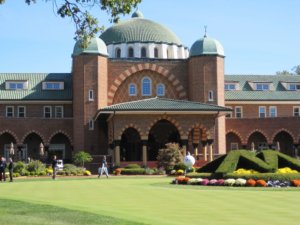 The Northern Irishman has bounced back nicely after his deflating missed opportunity at The Open with a fourth and a sixth place finish. He may not have won a major this year, but a season including top 10s in twelve of fifteen starts and two wins is one of the best we have seen in a long time when it comes to consistency.

As the stats line up for Rory, a couple of things that are particularly suited to him is that Medinah has a lot of long holes with doglegs and the majority of them turning right to left.

As the best driver in the game and with his preferred ball flight being a draw this should give him an even bigger advantage than normal off the tee. Its also worth mentioning that he has gained over four strokes with his putter in three of his last four measured starts. 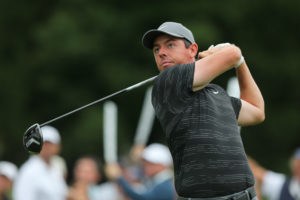 Cantlay just couldn’t get over the line to get us an each way pay-out last week but a T12 is good enough for me to go back to the well again. This week his stats really lines up perfectly.

Ranking second in proximity from 175-200 yards, third in par 5 scoring, sixth in scrambling, sixth in par 4 scoring between 450-500 yards, eighth in driving distance and 10th in strokes gained approach.

He showed last week why his preferred putting surface is bentgrass gaining almost 5 shots on the greens. The fact that the course should play harder than average will also play to the Americans advantage.

⚽ Steven Bergwijn closer to Tottenham, reports stating that talks are in an advanced state, some are also saying that the player is in London!

🤔 Its a close one here and you may be right! Reports in Italy state that Mourinho himself has contacted the player, and just recently an AC Milan insider stated that there was contact between AC Milan & Chelsea around 2 hours ago!