Can Birmingham Bounce Back From A Shaky Start To The New Season?

As Championship side Birmingham prepare to face Stoke this weekend, Blues fan Luke Stokes from our fan partner We Are Birmingham provides us with predictions and an insight into both teams and their starts to the new season.

This Saturday will see two out of form sides Birmingham City and Stoke City face off at St Andrews. Blues come into this on the back of an away day hammering at Swansea on Sunday, with Stoke also traveling to St Andrews on the back of a 3-0 drubbing, handed to them by Leeds United in their last league outing.

I think it is fair to say that the seven points on the board currently flatters the Blues slightly, with only a handful of notable passages of play within the first five games. Without multiple saves from Lee Camp against Bristol City and with some more ruthless finishing from Brentford on the opening day of the season, our points tally could quite easily be around the three or four point mark, and deservedly so.

Stoke themselves have struggled in the first 5 games, only registering a single point on the board and sitting bottom of the table after facing strong opposition in QPR, Charlton, Derby, Preston and Leeds.

Draw with goals at 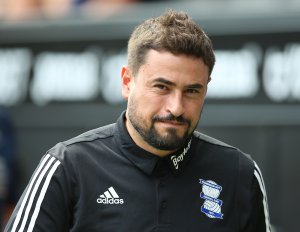 After a lack of creativity against Swansea with the Blues failing to register a single shot on target all game, I would expect Pep Clotet to reintroduce Dan Crowley to the starting eleven. Crowley has showed glimpses of real quality in pre-season and against Bristol City with his ability to drive with the ball upfield and find a pass in the attacking third, things which were again missing from Sunday’s showing at the Liberty.

Crowley’s introduction would consequently help Fran Villalba relieve pressure on him to be the sides main creative outlet. Villabla has brought an aspect of flair to this Blues side and has stood out with Lukas Jutkiewicz as a star performer from the opening 5 games of the season.

When we create chances, Lukas Jutkiewicz has already proven he will provide the finishing touch, registering two trademark back post Jutkiewicz headers already this season, despite being relatively starved off service so far this campaign.

Lukas Jutkiewicz to score first at 6.00* 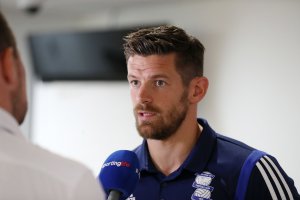 Despite only having one point so far this season, Stoke City do possess dangerous attacking options. Both Sam Vokes and Tom Ince posses Premier League quality on their day, whilst on-loan Aston Villa man Scott Hogan has a history of finding the net at Championship level.

Stoke are fresh off the back of an EFL Cup victory on penalties against Leeds at Ellend Road on Tuesday night, which may be the spark needed to start their season, and with some of our less than convincing defensive display away from home recently, I see goals in this game. I’m going with a 2-2 prediction, with. goals from Lukas Jutkiewicz, Fran Villabla and Scott Hogan.

We Are Birmingham’s Predicted Started XI