Bet of the Day: Our Premier League Accumulator

We bring you our weekly Premier League accumulator ahead of this weekend's fixtures.

Everton’s three-game winning streak came to an end with defeat at Old Trafford, though the Toffees will feel aggrieved over the penalty that proved the difference, while they hold a poor record against ‘Big Six’ sides anyway and should prosper at Goodison Park hosting abysmal travellers Brighton.

They’ll need to be wary however as Chris Hughton’s men have won three on the trot themselves, though each of those victories were by a narrow 1-0 scoreline as two came on home turf against West Ham and Wolves, while the away win came over a sorry Newcastle outfit.

That was just Brighton’s third triumph on the road since the start of last season, as Chris Hughton’s men are a pitiful W1-D3-L13 since their promotion when excluding bottom-six sides.

Meanwhile, the Toffees are W11-D3-L1 hosting bottom-half teams over that same period. 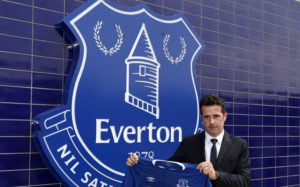 Everton manager Marco Silva will be hoping for all three points this weekend.

Newcastle may have lifted themselves from the foot of the table with a goalless stalemate away at Southampton, but this was the fourth time in five matches where they’ve drawn a blank.

The hosts have only netted more than a single goal in one of 10 outings so far, losing seven of these games, including all five on home turf.

The Magpies lost both encounters with Watford last term by a combined score of 5-1 and the visitors have been boosted ahead of this clash by consecutive victories as they downed Wolves and Huddersfield 2-0 and 3-0 respectively.

Their only defeats this season have come against Arsenal, Manchester United and high-flying Bournemouth as they’ve won six of their remaining seven games.

They netted at least twice across each of these victories and with Newcastle’s attack so meek, if the Hornets get in front it’s difficult to see a way back for Rafa Benitez’s men. 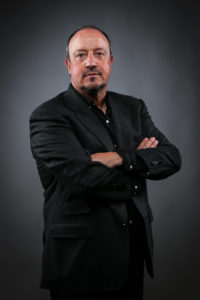 Rafa Benitez will want to take something from the game.

Burnley will be glad to face someone nearer their own level after being thrashed 5-0 at the Etihad and 4-0 at home to Chelsea, though having gone W1-D1-L3 on their travels this season, it’s hard to find too much room for encouragement.

That sole win on the road came against promoted Cardiff, but their other away fixtures to Southampton, Fulham and Wolves were hardly the most daunting on paper.

The good news for Burnley is that their hosts haven’t exactly excelled either this term, as after an encouraging spell where they took an impressive seven points from games against Everton, Chelsea and Manchester United, the Hammers have since taken just one point versus Brighton, Spurs and Leicester.

However, West Ham’s fixtures have been more challenging for the most part as they’re yet to face anyone below 12th in the table, though with a lengthy injury list they’re somewhat on the short side.

With a midweek Carabao Cup clash against Spurs to play, West Ham could well be light on numbers by the time they face Burnley and as such the Clarets look well primed to pick up a stalemate at the prices. 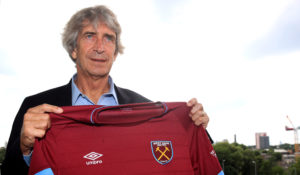 Manuel Pellegrini will be hoping for a victory.