Best Of The Scottish Premiership Midweek

Neil Lennon will be in charge of his first game as Celtic interim manager.
Football Whispers  |  25th February 2019

With Scottish Cup quarter-finals at the weekend, the Premiership is getting ready for a midweek run of matches.

Everyone bar St. Mirren and Livingston play this Wednesday evening, and we’ve picked out the key information to know for the five ties.

All eyes will be on the away dug-out at Tynecastle. With Brendan Rodgers confirmed as the new Leicester City manager, Neil Lennon has been made interim manager, his second stint in charge at the club.

It’s been confirmed that Lennon will be at the helm for the match against Hearts, although how much influence he’ll have after a day in the job remains to be seen. He’s coming into a team in good form, though.

Celtic have won every single game in 2019, barring their two Europa League ties against Valencia. Whether that form will translate to a new manager, though, we’ll have to wait and see.

Hearts’ backroom may be more stable, but their results are not. One win in the last four league games, with disappointing home draws against Livingston and St. Mirren have seen them slip down the table.

Hamilton may have their work cut out in this match. Both of the previous matches between these pair this season ended 3-0 to Aberdeen, and they’ve won nine of 14 league games since the start of December.

The Accies, meanwhile, have lost ten of their 14 in that time. It’s unsurprising, then, that they’re locked in a battle at the bottom of the table, currently in 11th and tied on 18 points with tenth-place Dundee.

Bottom-place St. Mirren don’t play until Saturday, while Dundee don’t have an easy game themselves in midweek…

Steven Gerrard has seen his team win 5-0 in their last two matches, a league tie against the Accies and Scottish Cup match against Kilmarnock. It got them out of a rut of two back-to-back goalless draws, but other than those Rangers had been in good form in 2019.

After a January defeat to Killie, the Gers won four in a row in all competitions in January and February.

The good omens keep coming. They got a point against Rangers the last time they met in the Premiership, with a 1-1 draw in December.

However, the previous meeting at Ibrox was a 4-0 thumping by Steven Gerrard’s side, with four different Rangers players getting on the scoresheet.

With goal difference the only thing separating Dundee from Hamilton, they won’t want to see another heavy defeat.

While Killie are battling for third-place and Motherwell are just trying to get into the top half by the time the split takes place, the Steelmen are one of the Premiership’s form teams.

Before the weekend’s defeat to Celtic, Steve Robinson’s men had won six league games in a row, a run stretching back to the last time these teams met.

Then, back on Boxing Day, Kilmarnock emerged from Fir Park with a 1-0 away win. Since then, they’ve beaten St. Mirren, Rangers, and no-one else, an odd two teams to have got three points against.

The last match between these sides at Rugby Park ended in a 3-1 win for Killie, but form might give Motherwell the edge.

St. Johnstone are an odd and streaky team. They’re currently on a seven-game winless streak in all competitions, six of them being defeats. That run followed a four-game winning run. Earlier in the season they had a four-match losing streak followed by a five-game winning streak.

They and Hibs are the exact middle of the Premiership. Hibernian are in sixth, the Saints in seventh, both on 38 points.

There’s been very little to separate the two sides in their previous meetings this season as well. Their previous game at McDiarmid Park ended in a 1-1 draw, and the clash at Easter Road only resulted in a 1-0 win for Hibs.

Since Paul Heckingbottom was appointed as Hibs’ head coach, they’ve won their two games in the Premiership, although wins against Hamilton and Dundee might not tell you much. 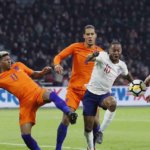 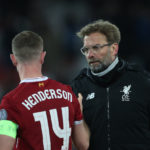 Klopp has the best kind of problem in midfield 21st September 2018 Liverpool have enjoyed a perfect start to the season, despite…