Important games across the league, with Dundee vs Celtic, Rangers vs Kilmarnock, Hibernian vs Motherwell, and Hamilton vs Hearts.
Football Whispers  |  13th March 2019

There are only four short games until the Scottish Premiership splits for its final stretch. Almost all 12 teams, therefore, are involved in some kind of meaningful battle in the table.

Ahead of matchday 30, we’ve picked out and previewed the four biggest games of the weekend.

Eight points clear at the top of the SPFL, Celtic are well in control of the title race, if it can even still be considered a race.

Although the Bhoys drew against Aberdeen at the weekend, the first dropped points of Neil Lennon’s reign as temporary boss, Dundee is a good bounce-back match.

The Dee have only won once at home this season and are a single point above bottom spot. They’ve lost three on the bounce against a string of tough teams in Hibernian, Rangers, and Hearts.

The ‘treble-treble’ is still on for Celtic — they’ll play Aberdeen in the Scottish Cup semi-finals in April — and it would be a surprise if Dundee provided a roadblock.

Of course, Rangers won’t have given up hope yet. After defeat in their Scottish Cup quarter-final replay against Aberdeen, they’ll want to get right back to winning ways against a strong, but out of form, Kilmarnock side.

Killie are fourth in the SPFL table, but they’ve only won one league game since the beginning of February. It took an 87th-minute winner from Liverpool loanee Liam Millar to get all three points against rock-bottom St. Mirren as well.

This fixture was played out in the Scottish Cup back in January, and Rangers strolled out as 5-0 winners. To hang onto fourth-place and reach the qualifying rounds of the Europa League next season, Kilmarnock will need to get act together. A trip to Ibrox is a tough place to start that.

Rangers, meanwhile, know that this is their last match before the international break and, after it, the next Old Firm derby. They won’t want a slip-up before that.

Sixth take on seventh, separated by just two points, in this tie. These two teams played as recently as late January, where Motherwell took the three points at home thanks to a David Turnbull strike.

This will be Paul Heckingbottom’s most marginal game since taking charge of Hibs, following Neil Lennon’s departure.

Since Lennon left, the side from Leith have won against teams below them in the pecking order — St. Mirren, Raith Rovers (in the cup), Hamilton Academical, Dundee, and St. Johnstone. They’ve failed to beat teams above them — Aberdeen, Celtic, Celtic again (in the cup), and Rangers (a draw).

In the race for the top half, Motherwell will feel they need to get points on the board. After this game, their remaining fixtures before the split see them face St. Johnstone, Aberdeen, and Rangers. Hibs, meanwhile, only have to face fellow mid-table sides.

This tie, between the league’s tenth-place and fifth-place teams, encompasses three of the four battles across the table.

By picking up points, Hamilton can help move further away from relegation danger. They’re already three points ahead of Dundee and four ahead of St. Mirren, but both of them have difficult ties this weekend (St. Mirren make an away trip to St. Johnstone).

Hearts, meanwhile, could move themselves safely out of reach of the fight-for-sixth, and they’ll move level on points with fourth-place Kilmarnock if they win and Killie lose at Ibrox.

The last time this fixture was played at New Douglas Park was on the opening day of the season, where Hearts won 4-1. Although the Accies beat Aberdeen 2-0 at the end of February, that was their only points won and only goals scored in their last four games. 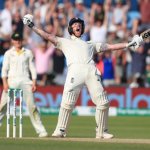 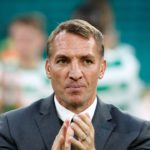 Celtic’s Rangers challenge can help them in Europe 3rd December 2018 The familiar Christmas conundrum: what do you get for those… 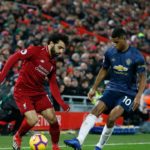 England's most emphatic away Test win in nine-years has put them in the driving seat as they look to repeat their 3-1 series win over South Africa back in 2017 when they head to Johannesburg on Friday.