Despite almost every professional league around the world being suspended, the Belarusian top-flight goes on with the country's President claiming: “It’s better to die standing on your feet than to live on your knees."

With the lack of any form of top-level football to get excited about, fans in need of their weekly fix are turning to the Belarusian Premier League, which carries on regardless despite the coronavirus outbreak.

Often regarded as one of Europe’s least popular competitions, whose teams rarely progress in either the Champions or Europa Leagues, The Belarussian Premier League is now the focal point for many football fans desperate for any action they can find.

And it appears the league has no intention of postponing matches or cancelling the season which began earlier this month anytime soon, with Belarus Football Federation spokesman Aleksandr Aleinik claiming: “All those who are in contact with fans are supplied with gloves.”

Meanwhile, President Alexander Lukashenko has even insisted that drinking vodka and having a sauna will be enough to ward off Covid-19, a virus responsible for thousands of deaths which has put the rest of the world on lockdown.

The president, who has held power in the former Soviet nation since 1994,  told reporters: “It’s better to die standing on your feet than to live on your knees,” when asked about the possibility of introducing restrictions in his country. 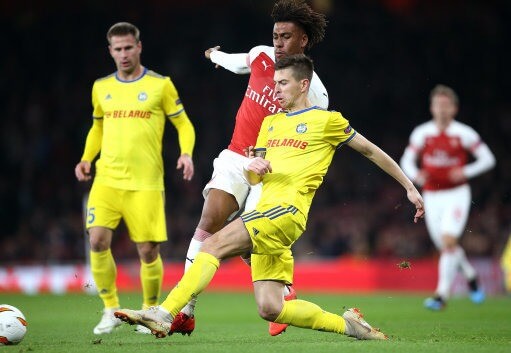 Despite the fact that Bate Borisov and Dinamo Minsk are the only names that most football fans around Europe will be familiar with, the clamour to watch live football of any standard has led to broadcasting deals being struck with sports networks in 10 countries, including India, Israel and Russia.

Saturday’s derby between Dinamo Minsk and FC Minsk attracted 1,750 fans as supporters flouted World Health Organization (WHO) guidelines for social distancing and despite having their temperatures taken on the turnstiles, many fans stood together shirtless on the terraces to cheer on their heroes.

With the new season having kicked-off on March 19th, only two games have been played so far this campaign with FC Minsk sitting top of the table with six points from a possible six having beaten their bitter rivals 3-2 last week.

Also with a 100 percent record after two matches are Energetik-BGU, who were only promoted to the Premier League two seasons ago and defeated BATE 3-1 on the opening day of the season – a team who, despite facing Arsenal in the Europa League last year, are still looking for their first win.

Torpedo-Belaz Zhodino have also made it a brace of victories along with Dynamo Brest, meaning the top-four race might be the one to watch if the current football famine across Europe continues.

And those in for the long-haul can look forward to an exciting climax to the league season in the form of an all-or-nothing encounter as the team that finishes in 14th face the side who came third in the second tier in a nail-biting relegation play-off. 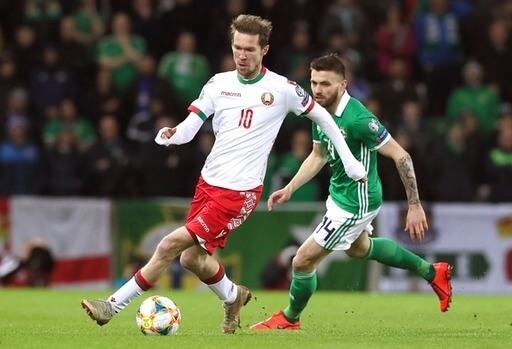 As a result of the newfound exposure, several teams have become overnight social media sensations, especially among English speakers, with Dinamo Minsk club spokesman Alexander Strok hoping that the international attention will motivate players to step up their game. “We hope it will improve the level of the game because the players may get more responsible,” he said.

According to WHO statistics, Belarus, a country with a population of 9.5 million, has recorded 94 cases of coronavirus and zero deaths but former Arsenal and Barcelona player Alexander Hleb, Belarusian football’s most famous export, insists the situation is “under control” and urged calm among his fellow countrymen.

“I understand that these are difficult times and all news about the coronavirus causes both unrest and great interest,” he wrote on Instagram.

“I’m now in self-isolation and in our country, it’s allowed to do so for those who really see the need for it, but in an interview I said that since the Presidential Administration does not see the real need to quarantine the country, the situation is under control.

“I am against any kind of panic. Regarding attending football matches – here, everyone decides for himself. Our players do not panic they go out onto the field and play. Among them are many of my friends and, if there is a real threat to their health, the health of the crowd, I’m sure the matches will stop.”