Barcelona vs Espanyol: Dembele delivering on his immense potential

The Frenchman has found his feet after a difficult year

More than a year after making his Barcelona debut against Catalan rivals Espanyol, Ousmane Dembele is finally beginning to establish himself as a key player for the La Liga champions as they prepare to face the same opposition this weekend.

The French winger, still only 21, appeared to have the world at his feet when he joined the Blaugrana for an initial €105million in the wake or Neymar’s shock exit for Paris Saint-Germain.

Dembele inherited Neymar’s old No.11 shirt and, after a stellar maiden season in the Bundesliga with Borussia Dortmund, appeared the ideal man to fill the void the gifted Brazilian left behind at the Camp Nou.

However, a serious hamstring injury just half an hour into his first start for Barca, against Getafe in September of last season, hampered Dembele’s ability to settle in his new surroundings.

Returning in the new year, the former Rennes youngster found his starting place anything but assured, and the murmuring began – from the stands, the press and even team-mates – suggesting he lacked focus, was unprofessional and slow to synchronize with attacking cohorts Lionel Messi and Luis Suarez on the pitch.

Barcelona are 1.51 with FansBet to beat Espanyol on Saturday*

Lateness – and even unauthorised absence – in training stirred doubts over his dedication, while tactical indiscipline meant manager Ernesto Valverde was slow to trust the outrageously gifted attacker.

So much so, for instance, that when Barca were eliminated from the Champions League by Roma last term, Dembele remained on the bench until the 85th minute, by which point the game was as good as gone. And when Messi was injured for the visit of Real Madrid in late October, the Frenchman still didn’t start.

Valverde is a naturally cautious tactician and Dembele’s propensity for over-elaborating or coughing up possession too easily is at odds with the manager’s inclination.

However, even through his toughest times at the Camp Nou, amid the sheerest torrent of criticism, Dembele has produced timely reminders of his immense gifts. The Genuinely two-footed winger has scored breathtaking solo goals against Villarreal and PSV, and has either scored or assisted against such opposition as Sevilla, Atletico Madrid and Real Madrid.

Indeed, with the majority of his five La Liga strikes this season coming in tight encounters, Dembele’s goals have earned Barcelona seven points. Without those points, rather than occupying top spot where they currently reside, Barca would be sixth, level on points with Levante, Girona and Saturday evening’s opponents Espanyol.

Such key contributions are finally leading to Dembele being appropriately recognised as a gem of a talent, with Valverde only now viewing the youngster as someone who can not only be trusted in the biggest games, but relied upon.

Dembele is 2.20 with FansBet to score anytime vs Espanyol*

“He was one of the players that stood out. He has so many things to his game: pace, he can dribble, beat players, self-confidence, he takes risks… We hope he can keep showing that in the coming games.

“But this has been coming, it’s not an isolated [performance]. But we can also ask for more. He ended the game tired after the effort he put in and we’re really happy with him.”

Directly involved in 13 goals in 18 all-competitions appearances this season, Dembele is approaching the level of productivity demanded of Camp Nou attackers.

A 22-minute cameo against Espanyol in September of last season, which included an assist for Luis Suarez to round off a 5-0 victory, introduced Dembele to Barca fans and was supposed to be a sign of things to come.

Fifteen months on, and with the same opponents up next, Dembele is finally delivering on his early promise. 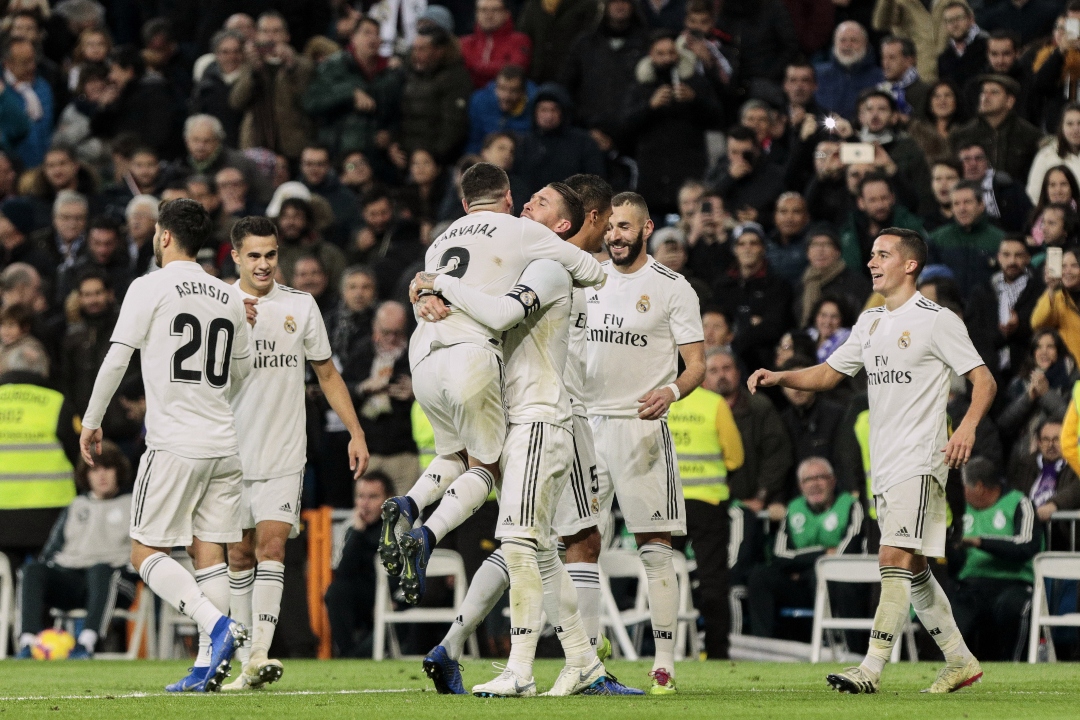