38 hours awake to see Liverpool win the UEFA Cup and disillusioned Geordies. Red All Over The Land tell us some tales of their successful travels home and abroad.

26th July 2019 | Red All Over The Land, Away Days, Liverpool FC Joel Sanderson-Murray

These are halcyon days to be a Liverpool supporter, after Jurgen Klopp’s side ended last season by bringing home the sixth European Cup in the club’s history.

One fan who is living through the current glory days is Red All Over The Land founder John Pearman, who has many stories to tell about this and golden periods of yesteryear.

John, who has a voice just as synonymous with matchdays at Anfield as ‘You’ll Never Walk Alone’, also edits the Liverpool FC related fanzine and we caught up with him to talk about following the European Champions away and abroad.

What does it usually cost for you to get to an away game?

To be fair, just the ticket price as the driver usually refuses any fuel cash due to the fact, “He was going anyway.”  If we decide on food we usually book a restaurant near the ground where we’re playing and take it in turns to foot the bill.

How much planning goes into organising an away trip?

Not a lot these days. The crew have been travelling to games since the eighties from our locality and obviously know the routine. We also have an excellent map reader who sometimes overrules Sat Nav and we’ve never got lost yet.

How many people go with you on average to an away game?

In our group there is usually five but can be up to six. We usually plan a meet up at a restaurant where tickets are passed over etc.  Obviously with Liverpool ticket demand always outweighs supply so if we are short of one, there’s a little network of fellow travellers who can help.

What about these famous ‘European aways’ that Liverpool fans hold in such high regard?

The UEFA Cup Final in Dortmund 2001 was quite a story and one hell of an effort.  The first car left St Helens the night before the game and picked me up at New Street in Birmingham. Then into South London where we all got into bigger cars. The Chanel Tunnel was still a new experience for many, so something different. 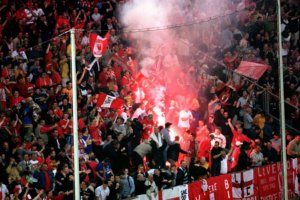 Liverpool fans during the 2001 UEFA Cup Final in Dortmund versus Alaves. (EMPICS Sport)

Into France, through a couple of other countries before finally arriving in Germany early afternoon on the day of the game.  Following the drama of a Golden Goal winner and the celebrations it was straight back to the car, same route back to France where we stocked up with wine and spirits before going back on the shuttle.

Once in London we bought all the papers holding memories of the previous night before reverting back to the original cars.  I was dropped off at 9:30am the morning after the night before resembling something out of a zombie film and caught a local bus which took less than 10 minutes to where I lived.  I was wearing a Liverpool scarf, had a couple of programmes and was very conscious of fellow passengers staring at me. Got home and slept; having had no sleep for around 36 hours.

You must have some great stories from following Liverpool, any that you are willing to share?

The ones to the North East are usually fun because it will, more often than not, include a stop off at the Wetherby Whaler – which may be the best chippy around!

That’s when we usually start recalling past trips to the Toon, The Black Cats [Sunderland] or to Middlesbrough.

Newcastle folk have an accent of their own, obviously and on one trip in 2008 they were having one of their bouts of turmoil and as we parked a steward came up and informed us in that hard to comprehend style, we’d best be parking in a particular spot.

When we asked him why his response included a non-stop tirade of expletives, some we’d never even heard before, about the state of the Geordie team and the fact they’d been so bad he always left with about twenty minutes to go and that’s why he told us to park in a particular spot.

Roughly translated he’d told us the disillusioned masses who left early wouldn’t take kindly to being blocked in. We adhered to his request and after a 5-1 win, we were back on the A19 in record time and got to the Whaler as well.

We wonder what happened to him as we haven’t seen him for a while.

About Red All Over The Land

A phrase that echoes around the streets of Anfield most Saturdays and Sundays – ‘Red All Over The Land’ has been a part of the match day furniture since first being established in 1995.

The fanzine is produced ‘by the fans, for the fans and read by the fans’ and offers a 100% independent view on whats going on at Liverpool Football Club as well as highlighting the culture around being a Liverpool supporter.

Reds Resurgence: John Pearman chooses his highlights of the past 10 years following Liverpool 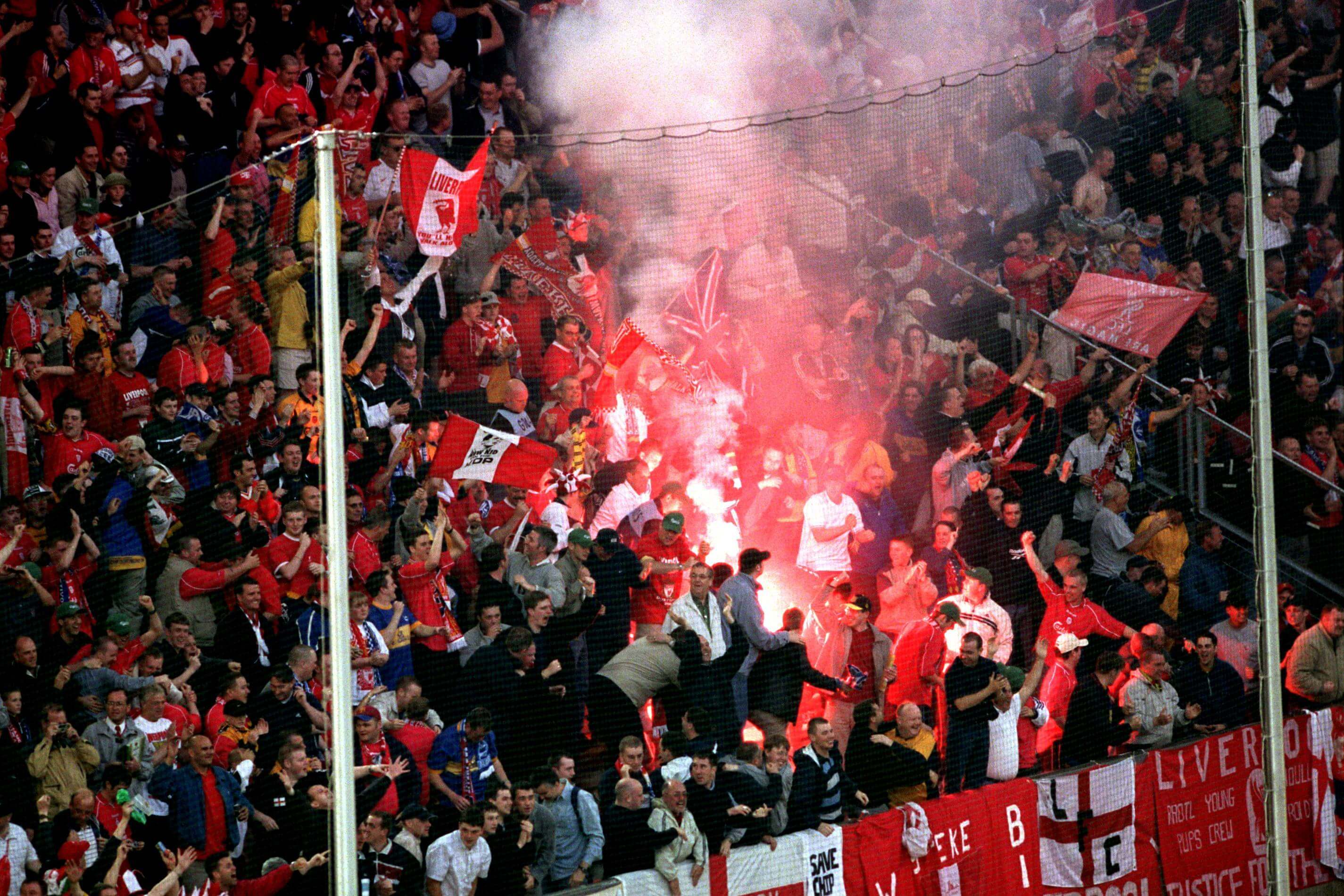 Red All Over The Land: Norwich will give it a go at Anfield on Friday