Away Days: Following the Bhoys home and away since 1996

The Tommy Gemmell Dunblane CSC was formed in 1996 and since then members have been attending games home, away and Europe ever since as Kevin Graham explains.

Being a Celtic fan over the last decade or so must have been a pleasure what with the club dominating at home while enjoying plenty of European adventures; but following the Bhoys can be something of a challenge for the loyal band of supporters who rarely miss a game.

The Tommy Gemmell Dunblane CSC were formed almost 25 years ago and make it their mission to follow their heroes both at home and abroad, meaning they know a thing or two about planning the perfect away day.

So we caught up with the guys to find out just what following Celtic is all about and how they go about planning a day on the road watching the Hoops.

It must have been great fun following Celtic since 1996, how do you normally get to games?

We run a coach to every home game and currently have over 50 members. For away games, we have shared coaches with a few other Celtic Supporters Clubs in the area due to a lack of tickets and the cost of travelling.

The coaches have numerous pick-up points in the local area and all our members will at least to go one away game a season, but we have a hardcore of about a dozen or so that will hardly miss a game home and away.

Is it an expensive business following the Bhoys home and away?

For a trip to Glasgow and its surrounds, the coach is about £300 dependant on the size but for the games further north in Aberdeen and Dingwall the coach can cost over £600.

This cost added to the lack of tickets means that the fans travelling could be close to £50 for their ticket and coach fare, so we keep the coach fare down to £10 and the Supporters Club subsidises the rest. Football in Scotland is expensive enough without over the top travelling costs. 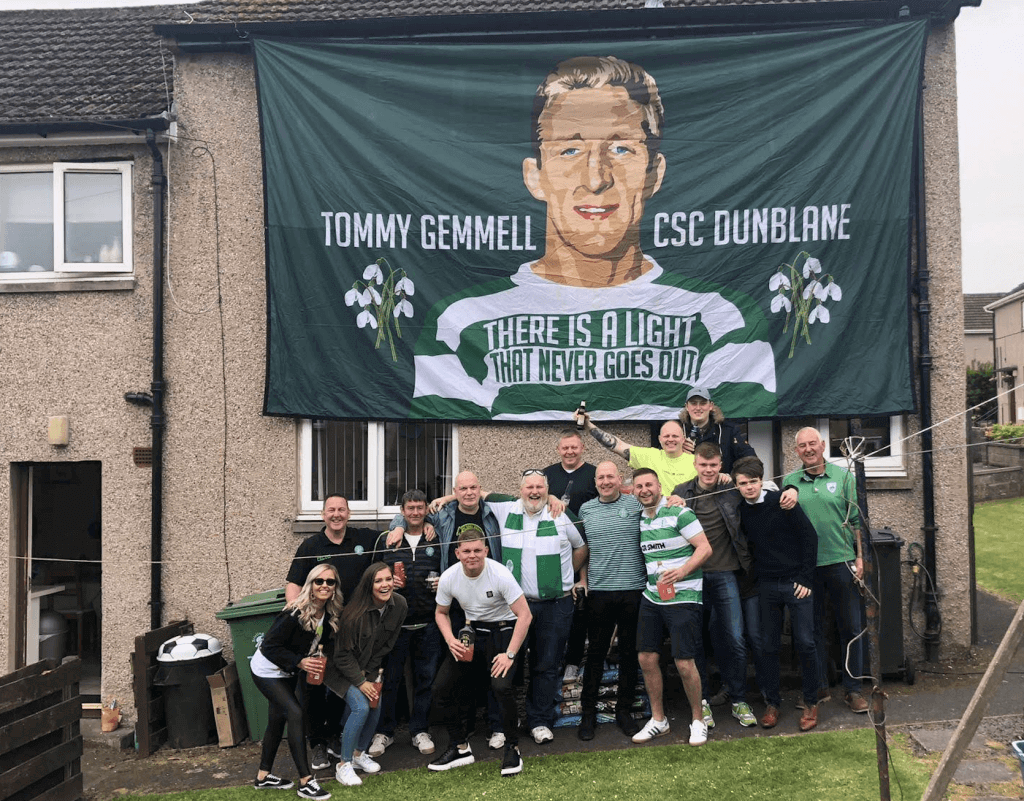 What problems do you face when organising away trips?

Football is now a 46 week a year game and there are always games on and travel to be arranged. The governing bodies and clubs don’t seem care about the match-going fan and only consider TV audiences when it comes to times and dates.

In Scotland, the clubs rely mostly on match day income and Celtic, with large travelling support, sees us charged the highest ticket prices.

While the numbers are always there it’s getting more difficult financially for some to attend matches and to ensure that the next generation of fans can afford to attend games.

We try where we can to help our members and hope to use our partnership with Fansbet to assist those who can’t afford to go to games attend matches while also lowering the cost of travel. The CSC also purchase a child season book each year so at least one youngster from the local area can go to every home game for nothing.

It’s not just getting tickets for the game that’s a challenge then?

Booking the coach is the easy bit, the hard bit is games getting changed for TV and early kick off’s mean sourcing a pub that will be open or willing to open to allow the fans a few drinks! Dependant on the away game we can get anything from one to thirty tickets.

Usually more become available in the week leading up to the game or on the day of the game. This makes trying to gauge the numbers travelling as guesswork up until the coach leaves!

You follow the club over land and sea too, right?

Absolutely. In recent seasons we have travelled in great numbers to Germany and Spain for Champions and Europa League games and the members are already planning trips this season. Celtic Supporters Clubs are part of Celtic’s history as much as the team and the Tommy Gemmell CSC are proud to be part of that tradition and culture.