Everything you need to know about the 2018 World Tour Finals with our betting preview, including our tips and enhanced odds.

After Rafael Nadal pulled out of Paris last week, Djokovic was reinstated as the world number one again. He’s already a five-time Tour Finals champion with four of these coming in his five appearances since 2012. The only time he didn’t win, he still reached the final but lost out in 2016 to Andy Murray.

If that’s not intimidating enough for the others, the Serb looks back to his machine-like best having won 31 of his 33 matches since the start of Wimbledon. His recent defeat in the Paris final to Karen Khachanov was his first in 23 matches, but it was well-documented how under the weather he was feeling. The other player to get the better of him during this period was Stefanos Tsitsipas in the Greek’s incredible run at Toronto, meaning Djokovic has prevailed in each of his 11 matches with top-10 opponents. Furthermore, his indoor record is also hugely impressive with 53 wins from his 59 appearances since 2012, and it’ll take an out of this world performance from any of fellow group to down him.

The German returns to this tournament for the second time in his career, with the first seeing him exit in the group stage after defeats to both Roger Federer and Jack Sock, though he did overcome Marin Cilic. Compared to last year, the German arrives to London in better form. He reached the semi-finals of both Shanghai and Basel as well as the quarters in Paris, with two of the men to stop him the eventual tournament winners (Djokovic and Khachanov).

Zverev’s indoor record since the start of 2016 is a decent 31 victories from 47 matches, and although he has only won 23 of his 43 matches against the current top 10 throughout his career, he has a favourable head-to-head record with Cilic and Isner. He’s also one of a few men not to have a losing record against Djokovic and he looks the most likely to put it up to the Serb.

The Croat will make his fourth appearance at the Tour Finals, but as is so often the case, he just can’t seem to get past that mental block against the best in the world. He has lost eight of his nine matches here since 2014, and against the current top-10 he has an atrocious 27-61 career record. This was evident at Queens, where he won his only ATP title this year, as he didn’t have to face any current top-25 players until the final. He did beat Djokovic that day, but the Serb hadn’t yet returned to form and he let a match point slip. 42 wins from his 60 matches in 2018 is a decent return, but Cilic beats those he’s expected to comfortably and he doesn’t have that luxury here, so is likely to struggle once again.

Isner sneaked in after Nadal was forced to drop out of the tournament through injury for a second consecutive year. This will be his first ever appearance at the Finals, and indoor he’s never had too much good fortune on with a record of 36 wins from his 67 matches since 2012.

His form leading into the tournament hasn’t been anything to write home about either, with four wins from his last seven outings as a semi-final in Stockholm was his best performance since the US Open. In fact, he only faced one top-25 player in that time, a defeat to Khachanov, while against the current top-10 he’s lost 50 of his 73 career matches. Add to this the strains of becoming a father recently, and the big serving American is likely to come up short.

Federer will make his 16th Tour Finals appearance next week having won the tournament on six previous occasions, as well as four runner-up spots. He boasts a 55-14 record overall and that is aided by his ability on an indoor hard-court. He has won 76 of 90 such matches since 2012, including 15 of 16 this year as only Djokovic got the better of him in Paris. Initially, a 55% win record against the current top 10 players doesn’t looks fantastic, but 89 of these 156 matches were against Djokovic and Nadal. Exclude those rivals and that win record increases to a more impressive 73%.

The Swiss superstar has lost only two of his 13 outings since the US Open, winning the Basel Open for a ninth time back home while reaching at least the semi’s in all three tournaments. He certainly prefers the quick indoor courts and his serve seemed to be clicking towards the tail end of the Paris Masters. In fact, he saved all 12 of Djokovic’s break point opportunities in their semi-final, while Nishikori and Fognini could only muster one against him. However, Feds isn’t getting any younger and he’s not won a Master 1000 tournament this year, while his last success in the Tour Finals came way back in 2011.

Anderson is another big serving debutant here in London. The South African has had an exceptional year, winning 47 of his 65 matches and in the process reaching his career high rank this season. His two 2018 ATP titles have come on the indoor courts at New York and Vienna respectively and that should serve him well at the O2.

However, his overall record against top-10 players isn’t great with only eight victories from 28 matches since 2016. Furthermore, he finds himself in a group with players he has had struggles against with negative head-to-head records against both Federer and Nishikori as the latter recently knocked him out of in Paris. Although he’s 7-2 against Thiem, the Austrian will have the mental edge having won both their last two meetings, with the latest in straight sets at the US Open. Debutants rarely fare well at the Tour Finals, so Anderson is one to avoid this week.

Thiem is set to make his third ATP Tour Finals appearance with both previous appearances ending after the round robin. The Austrian will be adamant to change that record having found himself in a good run of form, winning nine of his 12 matches since the US Open as he lifted the St. Petersburg trophy back in late September on this surface. That was just his third ever career ATP title away from the clay, highlighting how much he has improved on the hard in recent times. Indeed, the quarte-finals at Flushing Meadows was his best ever result at either the Australian or US Open and he was very unlucky to bow out at that stage, as Rafa pipped him in a fifth-set tie-break classic. He also reached the semis of the Paris Masters where he only found eventual winner Khachanov too good.

The sixth seed has a 17-23 record from his 40 matches against the current top-10 since 2016, but that improves to six form 12 in 2018 and two of those defeats was against Nadal on the clay. A winning head-to-head record versus Federer will give him confidence too and we wouldn’t be surprised to see the Austrian cause an upset in the Lleyton Hewitt group.

The Japanese player has played more tennis since the US Open than any of his rivals with 14 wins to his name from 19 outings, and couple that with an indoor hard-court record of 20-5 this year, he could prove a tricky customer. He’s making his fourth appearance here having reached the semi-finals twice, with the one exception when his group consisted of Djokovic, Federer and Tomas Berdych.

While Nishikori has the ability to beat anyone on his day, he’s not won an ATP tournament since 2016 as his consistency lets him down. This is highlighted by his unfavorable record against the current top-10 of 29 wins from 82 career matches, including 10 defeats from his last 13. Although we see this group as far more open, we’ll swerve the Japanese player this week.

The winner of either group has gone on to lift the title in seven of the last eight editions, so it seems the round robin stages are more crucial than one would first expect. The only exception was when Djokovic and Federer were in the same group in 2015 and the Serb lifted the trophy despite losing to Feds in the group stage. The 37-year-old is almost an identical price for this tournament than he was in his semi-final with Djokovic in Paris a few weeks ago, and in a tricky group we don’t see any value in backing the second seed.

Djokovic has very favorable records against two of his group members while he thrashed Zverev at Shanghai 6-2 6-1 in their only meeting this year. He looks almost unbeatable again, and so we fully expect the World no.1 to equal Federer’s record of a sixth title this week.

Given Thiem is our preference in the Lleyton Hewitt group it would stupid not to have a small wager on him at a juicy price. The Austrian takes on Anderson in his opener and the South African is sure to have some nerves on his debut. We expect Thiem to get off to a perfect start and put himself in a fantastic position to qualify for the semis. Although his Tour Finals last year saw him win only one of three round robin matches, both defeats came against the eventual finalist and he’s made huge strides on the hard surface since then, so he’s our each-way bet. 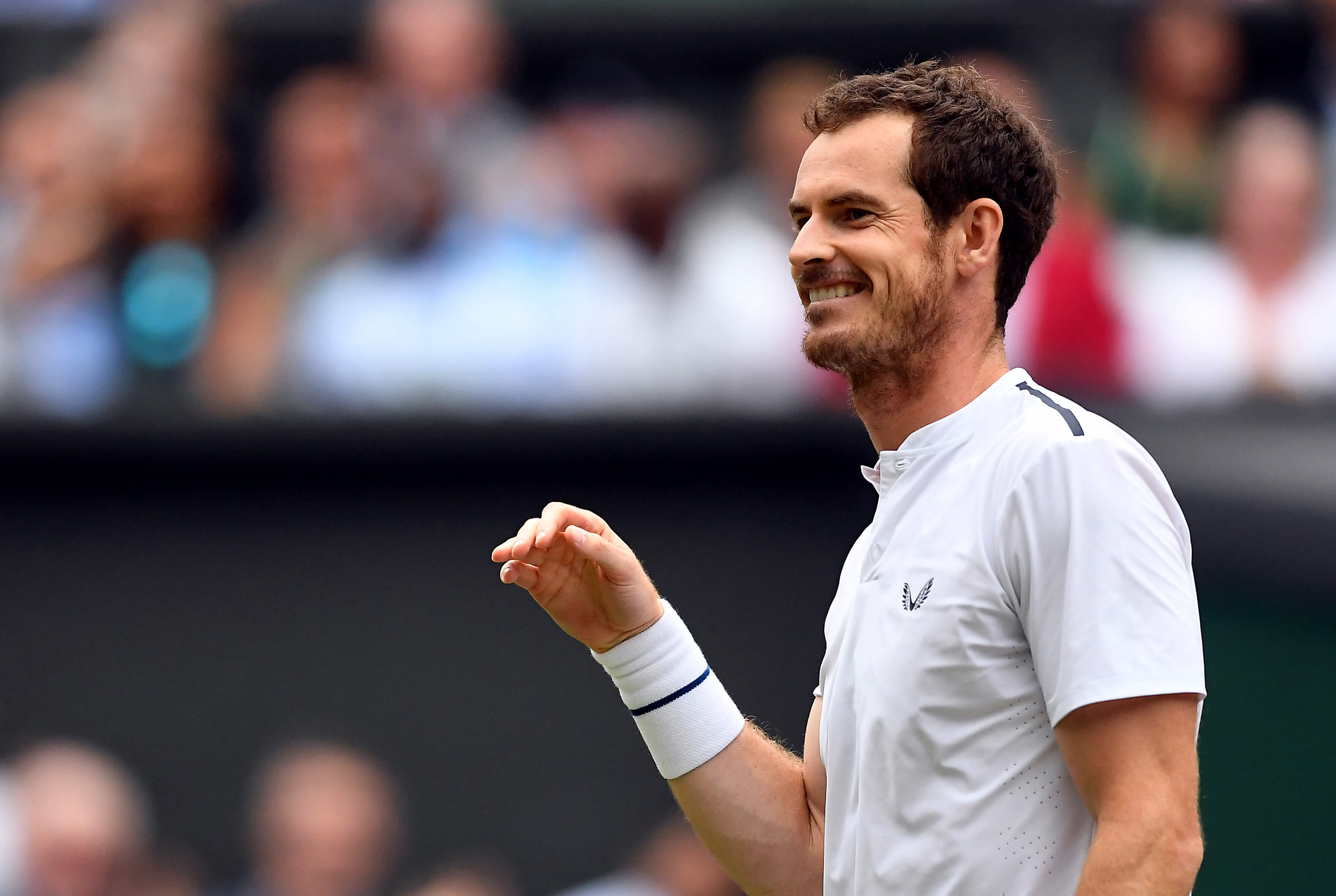 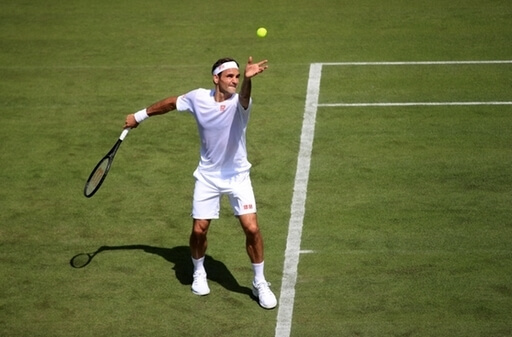 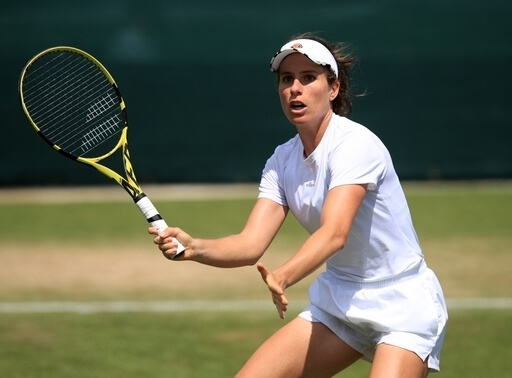