Villa Relishing Being Back In The Top Flight

Aston Villa are back in the Premier League and FansBet caught up with Heart of the Holte's Jamie Yapp to see how Villa fans are feeling.

Aston Villa are back in the top flight of English football after a three-year absence and the mood at Villa Park hasn’t been this good for a long time.

Dean Smith led his side back to the Premier League via the Championship playoffs after securing a 2-1 win over Derby County at Wembley in May.

The Villains are back in the promised land after three seasons in the second tier following their relegation in the disastrous season of Tim Sherwood and Remi Garde in 2015-16. 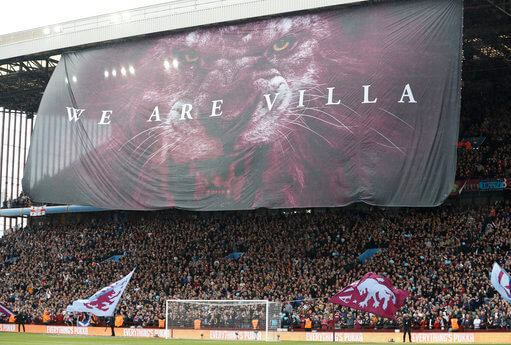 But thanks to the goals of Tammy Abraham and ingenuity of club captain Jack Grealish, the former European Cup winners are back amongst the elite of English football.

FansBet caught up with Jamie Yapp of ‘Heart of the Holte’ to get his thoughts on the upcoming campaign and whether the Villa should have thoughts about more than just staying in the division this season.

“You have to be realistic when you’re a newly promoted team and say principally its about staying up this season.

“But with the right attitude, the right application, the right style then theres no reason you can’t do better than that.”

Villa have certainly shown ambition for their first season back in the Premier League spending around £80m on 11 players, although this did include making the loans of Tyrone Mings and Anwar El Ghazi permanent.

🎧 Take a listen to our first podcast of the season with @RyanPitcher & @TomhendryAV as they talk:

Spending £22.5m on striker Wesley on Club Brugge will add firepower to Smith’s team and this has added to the good mood around the club, as Yapp elaborates on:

“You have teams who have an identity, who believe in the way they play, like a Bournemouth, like a Wolves and still with the core of their Championship squads in it and have become fairly established, there is no reason why we couldn’t do the same.

“The feel good factor is back and that can be a help on our return to the Premier League.”

You can watch the full interview with Jamie and catch the rest of our 20 interviews with fans of all clubs in the Premier League below.