Aston Villa: “In the end, Smith’s sacking has to be justified.”

"It would have been horrible to see Villa Park turn toxic on him," Villa fans react to the departure of Dean Smith following the club's worst run of results since 2017.

Despite the high expectations following a promising summer transfer window, the sacking of Dean Smith at the weekend could well provide more questions than answers at Villa Park.

Aston Villa parted ways with Smith on Sunday after five straight defeats, the most recent being a loss away to Southampton.

Yet only a month ago there was even talk of claiming a top-six spot, or perhaps more, after an impressive 1-0 win versus Manchester United at Old Trafford.

But since then, a string of poor results, not to mention a number of far from impressive performances, means that Villa sit just two points above the relegation zone and now find themselves looking for a new boss.

“As a whole, I think the fanbase is in shock,” The AVFC Faithful tells Fansbet.

“I don’t think many people expected it. There were rumours that he was going to be given the international break so to happen on a Sunday was surprising.

“There is a sense of acceptance though as fans understand why it happened. 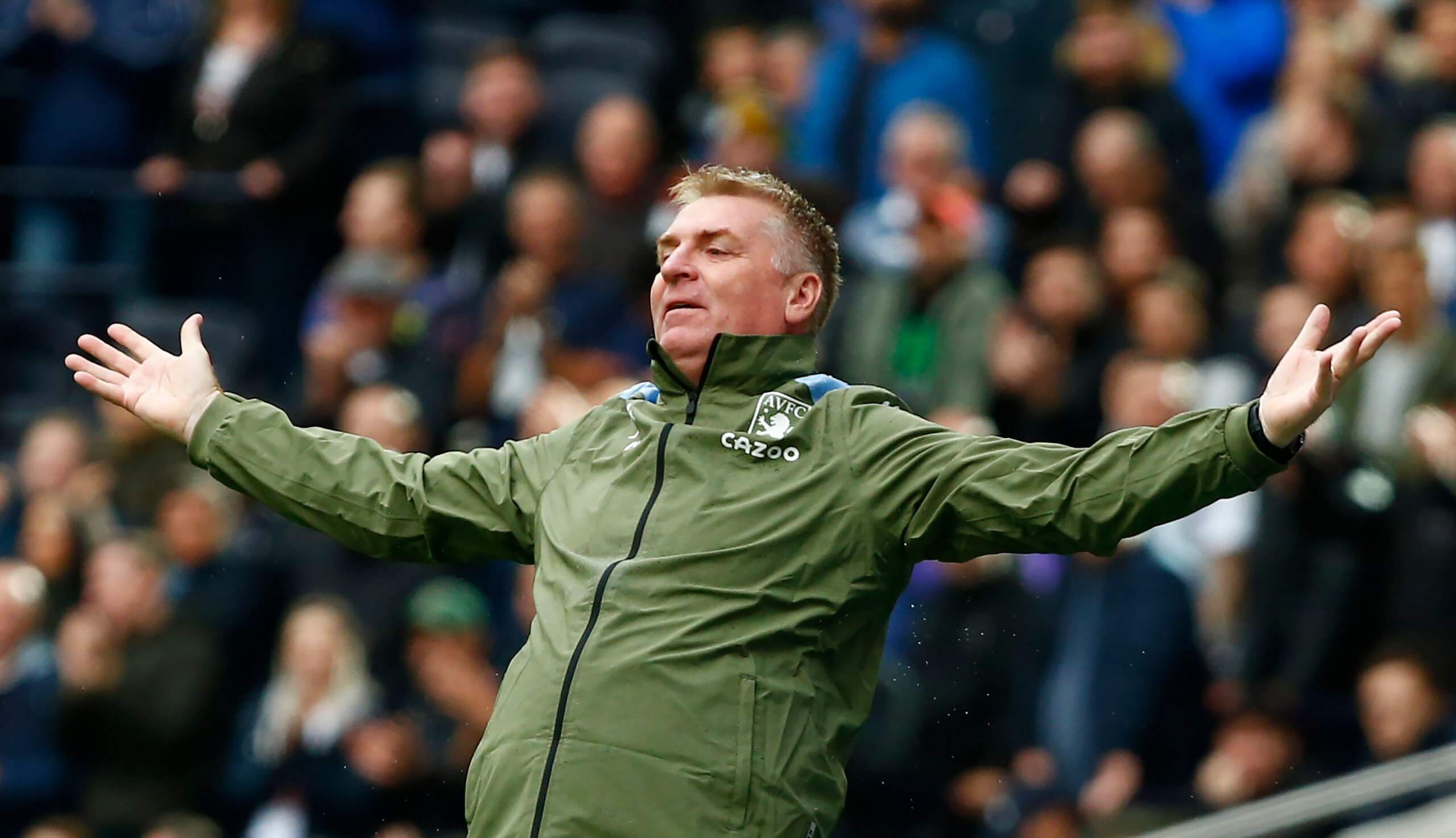 “After five losses and no signs of turning it around it was getting concerning; there is only a handful of managers in the Premier League that could get away with losing four or five on the bounce and Smith wasn’t one of them.

“I think in the end it has to be justified – it was difficult to see where it was going to turn around.

“Of course there was nothing more I wanted than Smith to turn it around but I think in the end progress was looking unlikely and thinking about it now it would have been horrible to see Villa Park turn toxic on him.”

The role that boyhood fan Smith played in Villa’s return to the Premier League shouldn’t be underestimated, and their rise was manufactured so quickly under his watch that expectations continued to grow.

One of his greatest achievements was to keep the club in the top-flight in their first season back, not to mention reaching the Carabao Cup final.

He then built on that with a solid 11th-place finish last year. However, with more money invested in the summer, the pressure was always going to be on in terms of delivering results and continuing Villa’s upward trajectory. 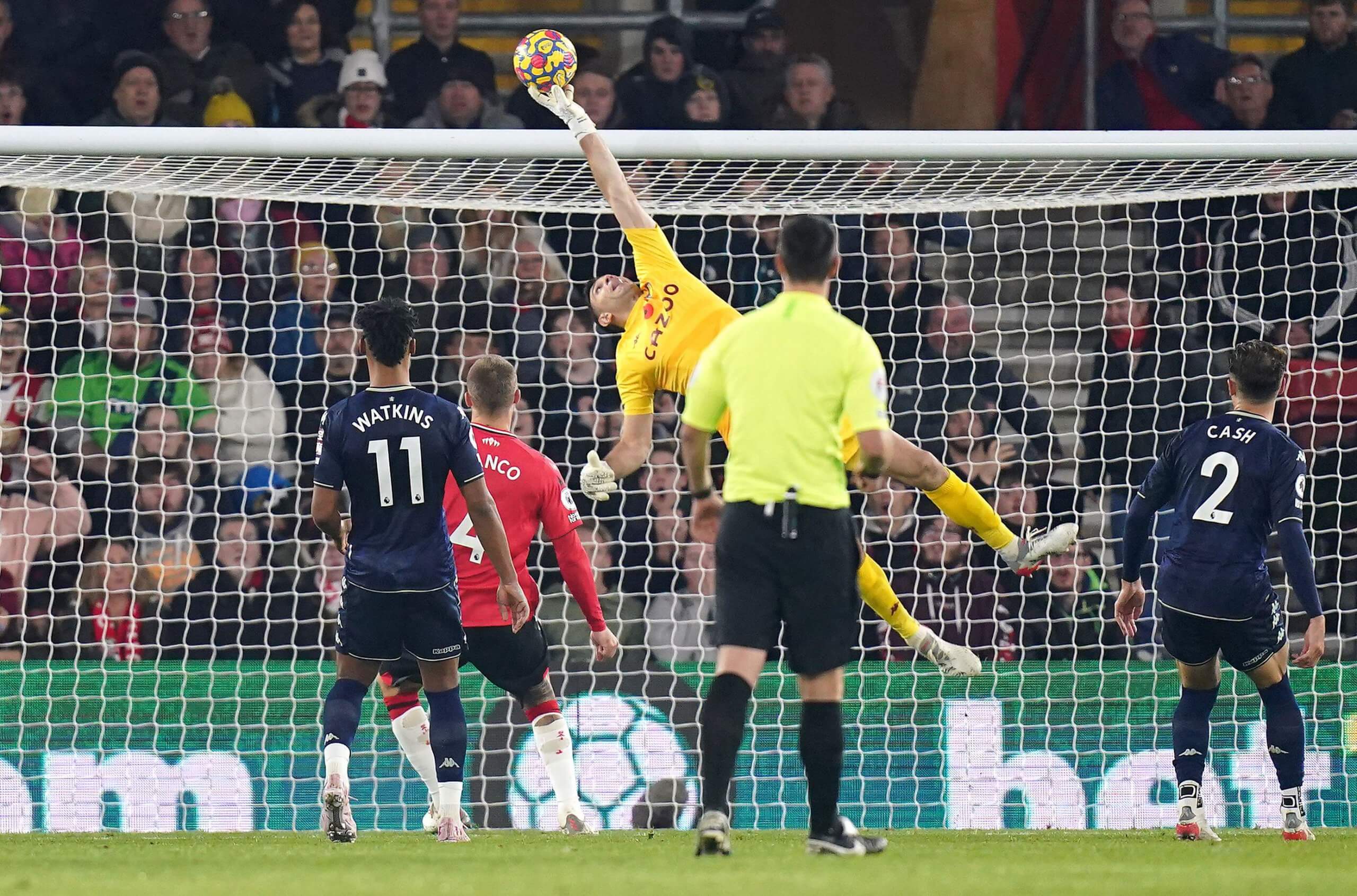 “We did only beat United a few weeks ago, but since then it’s not been great,” explains The AVFC Faithful.

“The Wolves game was the key factor for me; 2-0 up and cruising and to lose from the 80th min, it reminded me of Leicester away which ultimately started our demise in the 2015/16 relegation season, so I’d say the progress has unfortunately regressed.

“I think the board have acted now because there must be a genuine fear of relegation and the progress slowing down.

“People outside the club are saying it’s a panic decision but I think from the board’s point of view, it’s been on the cards for a while. He was nearly sacked in our first season back in the Premier League, then COVID happened and last season there was a review too.”

The additions of Emiliano Buendia, Leon Bailey and Danny Ings – a total outlay of just shy of £90m – in response to Jack Grealish’s departure were eye-catching to say the least.

But it appears the new arrivals may not yet have gelled, with the Midlands outfit sitting in 16th place with only three wins from 11 Premier League outings so far this season. 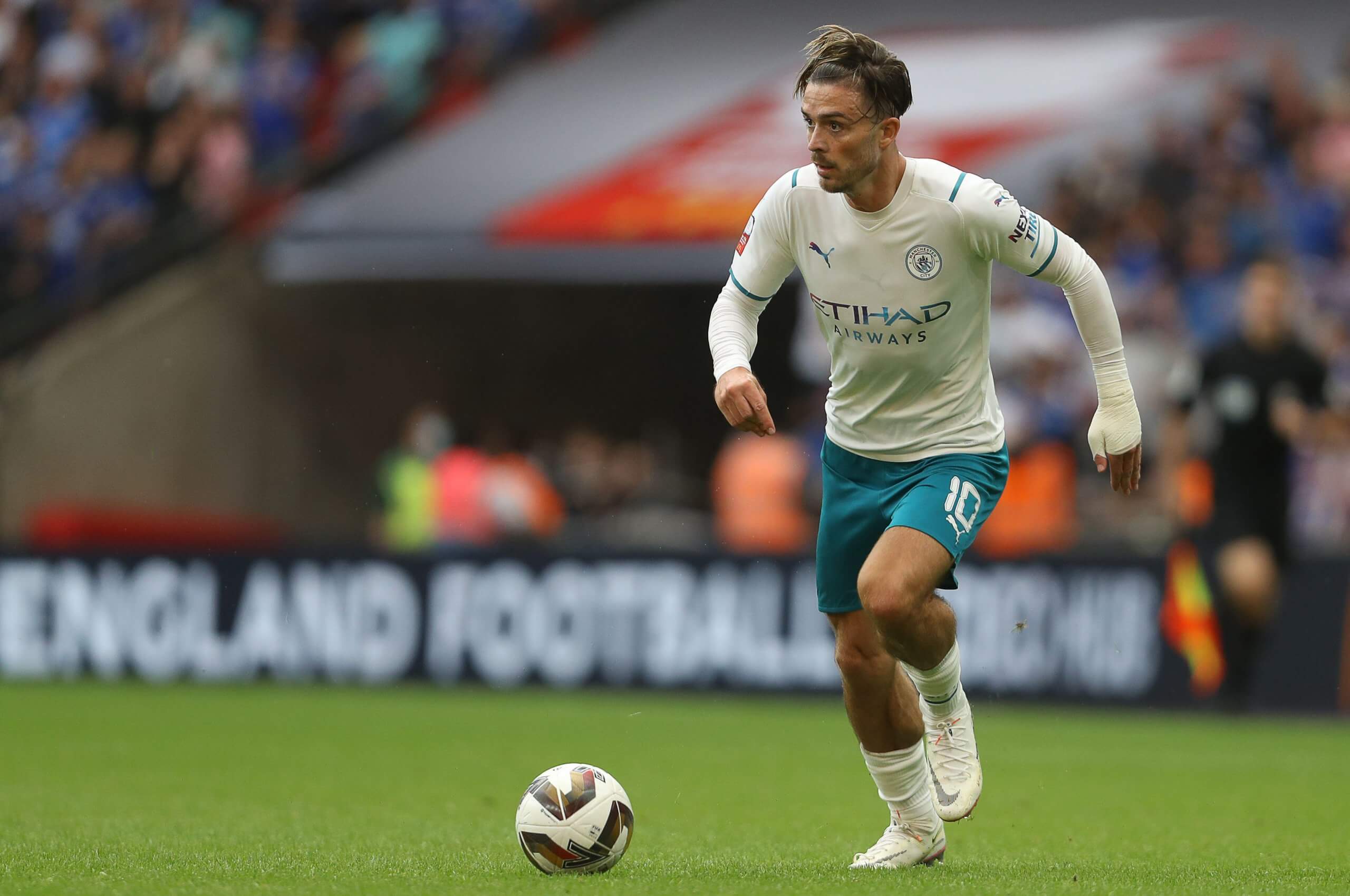 The defence has looked weak, while the attacking threat has been limited – something which may well be attributed to the inability to adjust following the loss of Grealish.

“There is that argument that the team and the project was built around Grealish,” says The AVFC Faithful.

“So to lose that star was always going to be difficult, but I think looking back at the summer, our window was unbalanced.

“We needed an additional midfielder and possibly the Ings signing was a bit of a panic buy.”

Villa have not won since they defeated Manchester United on 25 September, picking up just 10 points from the first 11 games of the season.

A dismal run of five successive losses matches their worst run since January to February 2017, back when Steve Bruce was in charge in the Championship. 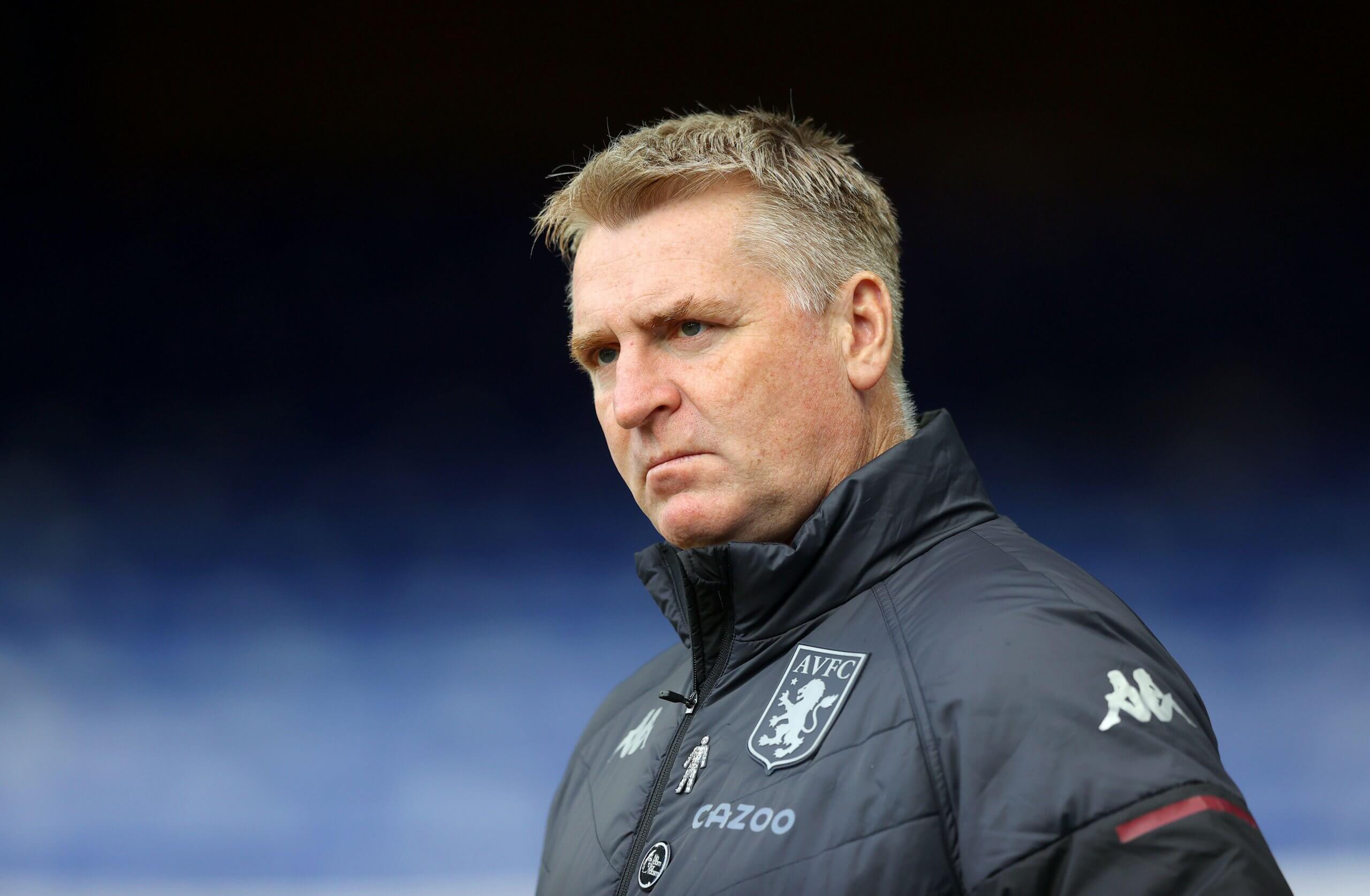 As a result, Smith leaves the club having won 28 of his 87 Premier League games and with an overall win percentage of 39.6% from 139 games.

But the lad who used to stand on the Holte End and cheer on his heroes before eventually taking charge of the team he loves remains as popular as ever among Villa fans, as The AVFC Faithful explains.

“I was lucky enough to meet him and speak to him for a brief moment. He is a genuinely lovely man,” he says.

“The 10 game winning streak in the Championship stands out (as a favourite memory), while the West Brom play-off semi-final, then the play-off final and West Ham away to keep us up in the Premier League are all up there.

“Of course, I can’t forget the Liverpool 7-2 game as well – I wish fans were allowed in for that one.

“There are so many memories and he will be missed, massively.”

Villa say the process to replace Smith has started, but they will not rush into an immediate appointment. 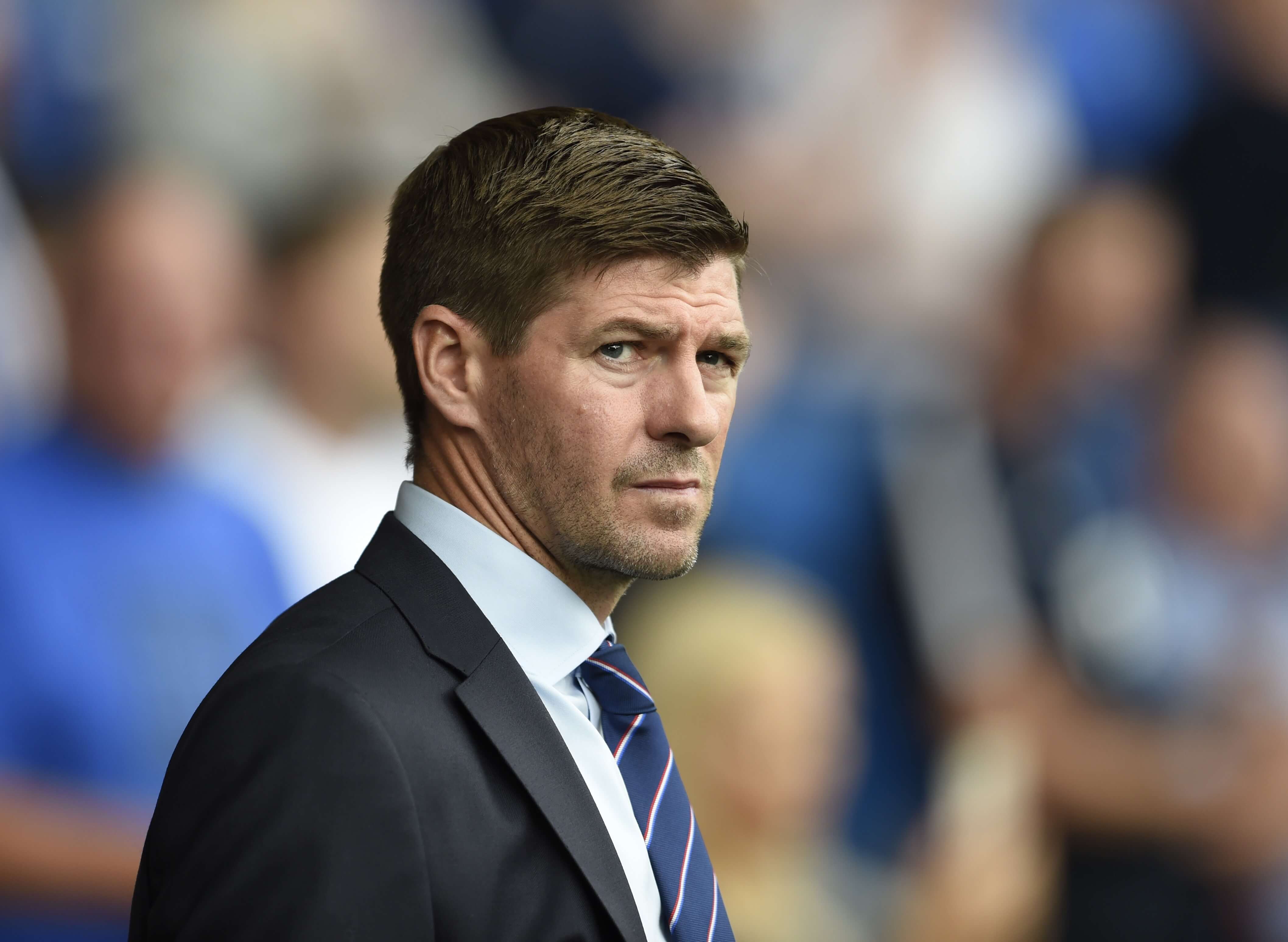 It is understood that Denmark coach Kasper Hjulmand is a name of interest to the club and is admired by fellow countryman Johan Lange, Villa’s sporting director, while Belgium boss Roberto Martinez is also believed to be in contention.

However, Rangers manager Steven Gerrard appears to be the front-runner with several reports suggesting his appointment is imminent.

“It looks like Gerrard is next,” says The AVFC Faithful.

“He’s someone who has been favourite ever since Smith has been sacked, Villa have wanted him since the summer and have been tracking him for a while.

“He’s not someone who I have really wanted, but after doing some research on him and his backroom staff, I am hoping it is a move that works out.

“It’s a risk, a gamble, but you have to take risks to be successful.”